One Night on the Isle of Wight

Recently Stephen, Melissa and I spent just one night in the Isle of Wight. It was our second visit to this tiny island and I can confidently say that it will not be our last. There is no end to the things you can do ranging from cultured outings in castles, museums and grand estates to family fun at theme parks, beaches and zoos.

On our previous visit to the Isle of Wight, we visited Carisbrooke Castle, the seaside town of Cowes, Arreton Old Village and we took a ride on the famous Isle of Wight Steam Railway.  Read on to see what we managed to squeeze into just one day and one night this time.

Getting to the Isle of Wight by Car

We partnered with Red Funnel, the original Isle of Wight ferry company, on this trip. We drove down to Southampton early on Saturday morning and caught the noon ferry to Cowes. The ferry journey is just 45 minutes and there are bars, television, entertainment for the kids and free wi-fi on board.

While you can travel around the Isle of Wight on public transport, having a car is definitely an advantage and we have visited all four corners of the island on both visits, criss-crossing through the interior as we went. 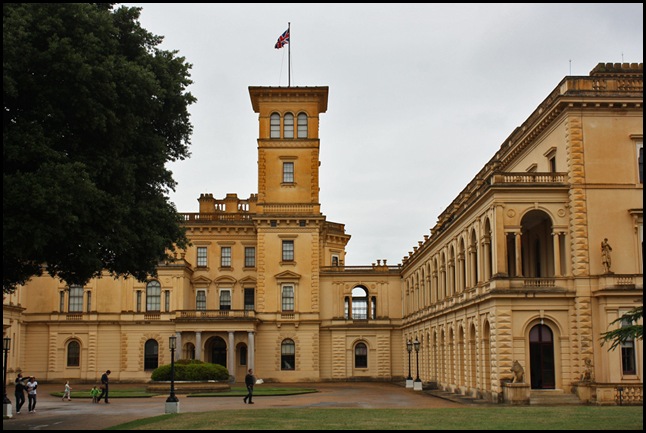 Osborne House is the country retreat of Queen Victoria and Prince Albert. It is situated just outside of Cowes and was the first main attraction that we saw once we’d disembarked from the ferry and were making our way south.

I’ll admit that I was only vaguely interested in Queen Victoria before visiting Osborne House but that certainly changed following our visit. In this grand old property, you gain an insight into who Queen Victoria was, of her love for Prince Albert and her devastation following his death from typhoid. The house is exquisitely furnished and filled with priceless ornaments, paintings, carpets and furniture that Queen Victoria amassed throughout her years. Most interesting was the story behind many of these gifts and the people that gave them to her.

Eating Out in Shanklin

The best piece of advice I can give you regarding eating out in Shanklin or anywhere in the Isle of Wight is to book ahead. We discovered this on our previous visit to the island but evidently it was a lesson we needed to learn twice. Once we had settled into our cosy rooms at the Roseglen Hotel, we walked into old town Shanklin and thought that we could get a table at any one of the fine restaurants in town. We were wrong. Every single restaurant was booked out for the entire evening and it was beginning to rain too. We were feeling rather bedraggled and forlorn by the time we approached the Vernon Cottage Inn. They didn’t have any tables inside, they told us, but they could offer us one of the heated booths outside. At first we certainly felt like we were compromising but ultimately we had a magical evening sitting in our warm and dry booths while we ate, drank and watched the rain fall over the garden.

A Glimpse of Shanklin Beach 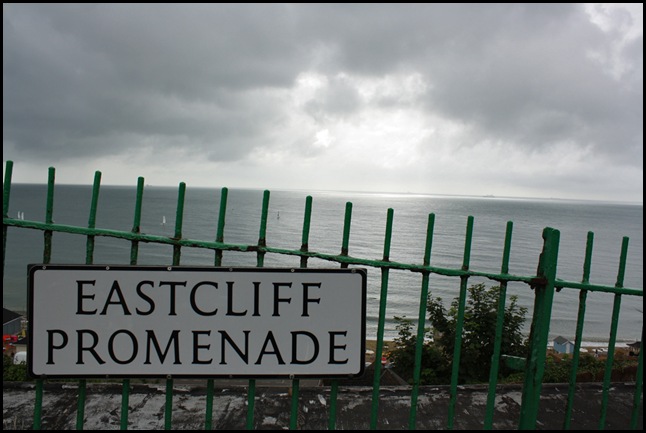 Like so much of England, the Isle of Wight is beautiful when the sun is shining. After a particularly stormy evening, we woke up to a cold and grey Sunday morning. Thankfully, the Isle of Wight is also typically English in that you can expect four seasons in one day and conditions would certainly improve by lunchtime. Still, we were content to briefly admire Shanklin’s beach from afar that morning before heading out to my personal highlight

The Isle of Wight Bus Museum

This is going to come as a big surprise, I’m sure, but I am mad about old buses and vintage cars. I can trace this fascination back to the old Ladybird board book Tootles the Taxi and Other Rhymes which I am sure my poor mother knew off by heart after reading it to me repeatedly. Naturally, Oompus the omnibus was my favourite of all Tootles’ friends.

We had last visited the island during the winter months museum was closed and were thrilled to visit this time. 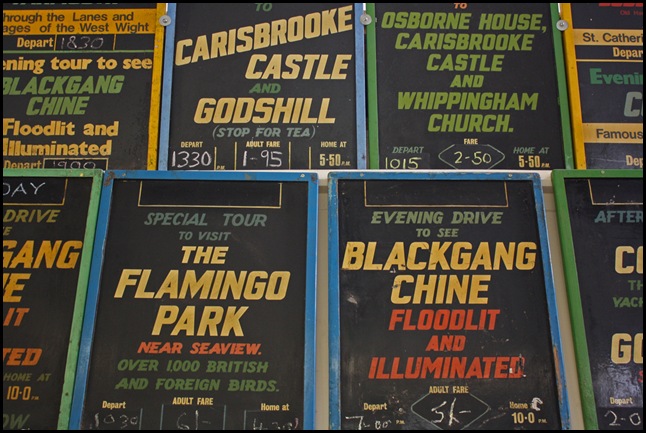 The Isle of Wight Bus Museum is located in an old bus garage in Newport Quay and is a real treat. Not only are there all sorts of retro and vintage buses located under one roof, there are also signs, destination boards and all sorts of bus and transport paraphernalia. We got a real feel for the modern history of the island during our visit and I loved that you are able to climb on board each of the buses and explore their nooks and crannies.

As we exited the museum, the sun broke through the clouds in a dazzling display of defiance and we decided to drive right across the island to have lunch in Brighstone. As we drove along the coastal path, we spotted a camp site right at the edge of the cliffs and I was really envious of the views despite the previous evening’s wind and rain. You can buy camping and ferry packages from Red Funnel and I imagine the best months for camping are June and July.

We stopped off at the Pearl Café at the Isle of Wight Pearl for lunch. The Pearl boasts the largest display of pearl jewellery in the United Kingdom but it was the freshly made food and incredible views that attracted us to this location. Once we’d sat on the benches outside and enjoyed our meal, we wandered closer to the edge of the green and laid in the grass while we took in the views. 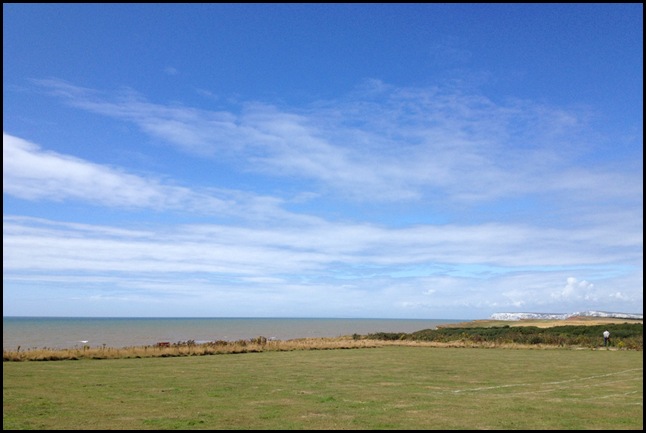 It had been a short 24 hour break in the Isle of Wight but it somehow felt longer and we made our way back to Cowes feeling refreshed and relaxed.

Just one final note on the ferry back home. We checked in at the terminal a full hour before our return journey as requested and were very lucky be able to board the earlier ferry as it was not yet full. Sometimes it pays to be punctual and it was certainly nice to arrive back an hour earlier than planned!