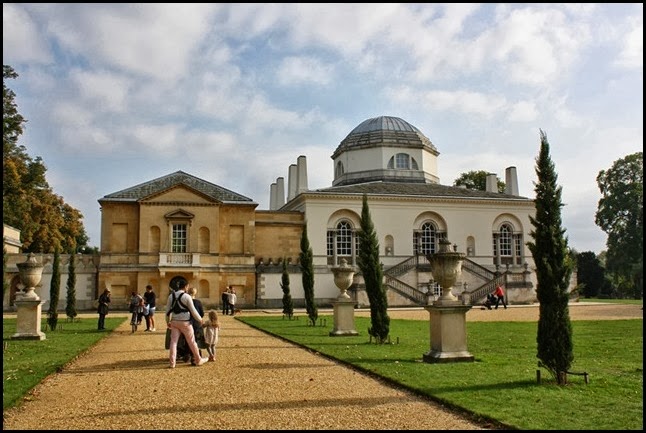 I think we must have seen the last of the summer sun on Sunday. It was a bright, sunny day as we drove across to Chiswick House and Gardens in west London and I drank it all in knowing that we were mere days away from the true grey and cloudy London autumn. Indeed, stormy clouds had begun to roll in by the day's end.

Our interest in visiting Chiswick was mainly to see the house itself, an iconic example of the neo-Palladian style that was built in 1729 by the third Earl of Burlington. What we immediately noticed as we left the parking area and entered the property is the gardens are spectacular. 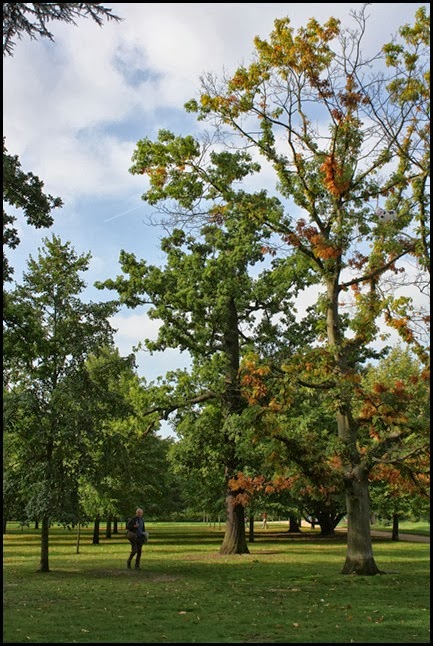 It was such a lovely scene to see all of the families walking, playing and picnicking with their children and dogs and what impressed me the most is that this wonderful area is available free of charge! Now I know that London has, in my entirely unbiased opinion, the best public parks in the world but the historic gardens at Chiswick received a £12.1 million makeover back in June 2010 making them especially notable. 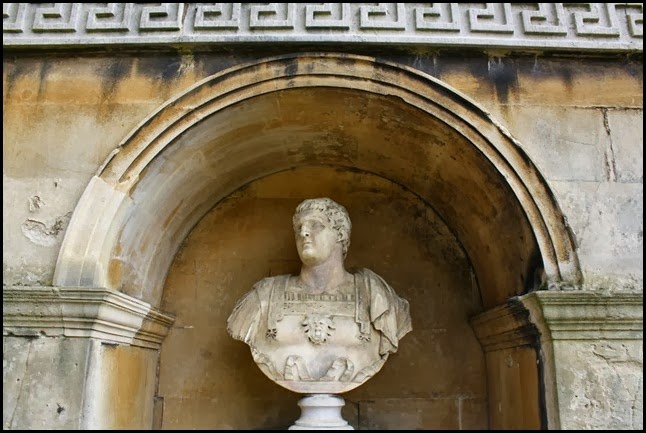 We soon arrived at the house itself and decided to go inside. At £5.90 each, Chiswick House is one of the most affordable of the stately homes run by English Heritage. 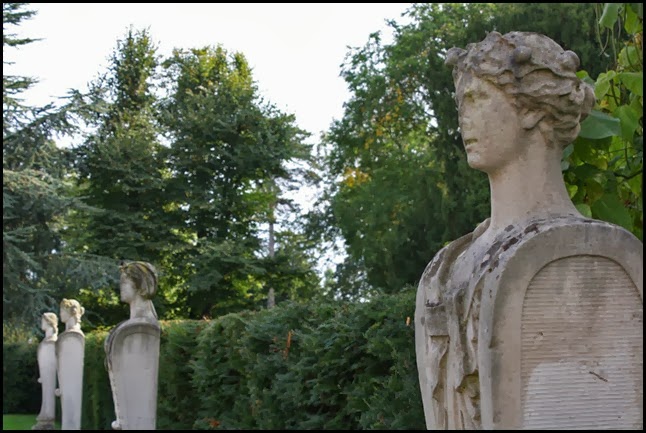 We weren't too sure whether or not we were allowed to take photos inside the house. A sign at the entrance seemed to prohibit photos but then we noticed that those people on guided tours were happily snapping away. Still, we opted to keep our photo taking to a respectable minimum just in case.

Chiswick House was not originally built as a home but rather as a place for the Earl of Burlington to showcase his art collection and entertain his guests. A pavilion of sorts, it is divided into the Upper and Lower Tribunal. The Lower Tribunal (or ground floor) of the house is now home to a walk-through history of the home. Sparsely decorated, it provides the visitor with a unique opportunity to appreciate the architecture and design of the property as you walk through the maze of reception rooms and the former library. The house was once linked to the main house on the property which is no longer standing. I found the 'link rooms' to be the most interesting; functional as they were, they also had beautiful lighting. 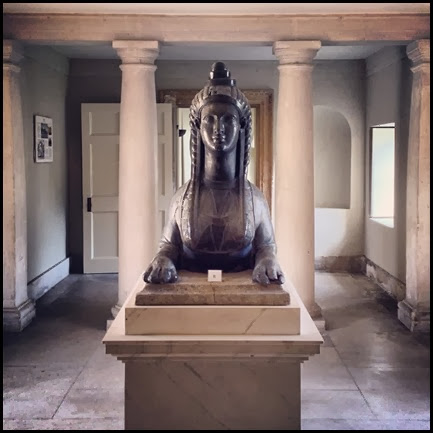 The Upper Tribunal of the house was a showcase of neo-Palladian design and decoration. I most enjoyed standing under the dome in the central saloon of the home which was spectacularly surrounded by a set of beautiful 18th century paintings. The gallery was another favourite with its ornate apses and view of the gardens. 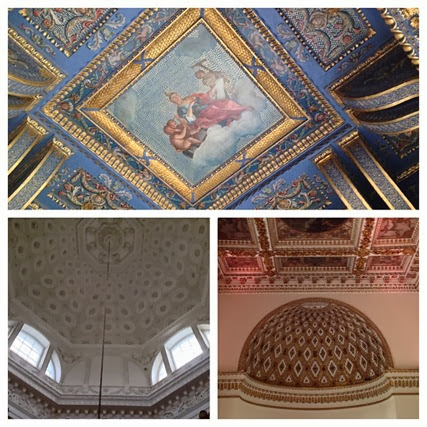 We wandered around the richly decorated Red, Green and Blue velvet rooms. The Blue Velvet room was the best. It seemed to have benefitted from less direct sunlight over the years and had a beautiful ceiling. 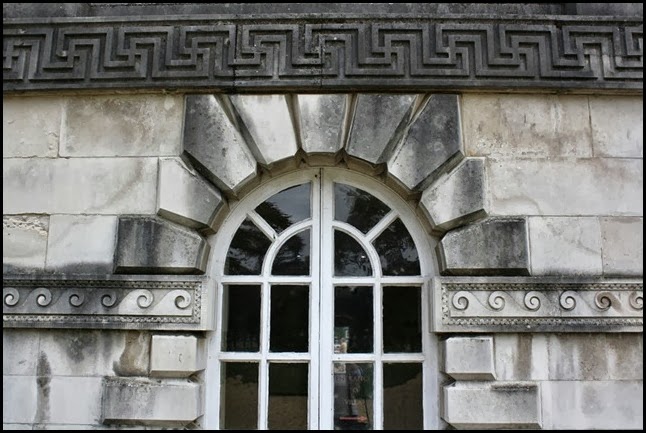 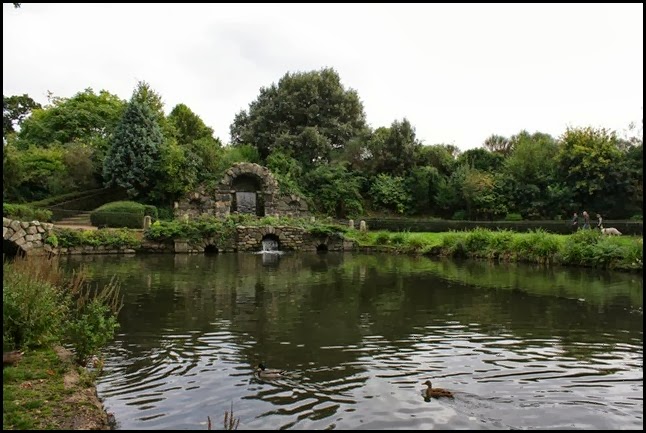 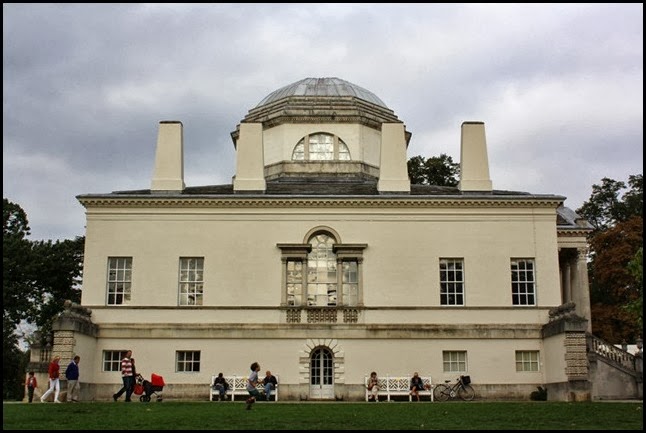 All too soon, our visit was over. We would have liked to have enjoyed a stew or soup in the canteen but all they had left by the late afternoon was a couple of muffins and snacks. We'll have to go back because the stew and soup both sounded divine!

Before leaving, we strolled around the gardens some more and spotted The Conservatory, Classical Bridge, and Ionic Temple and mirror pool. The Ionic Temple was impossible to photograph well, in my opinion! 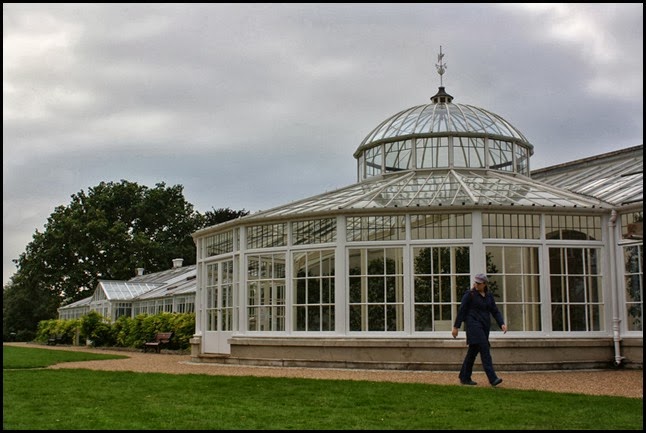 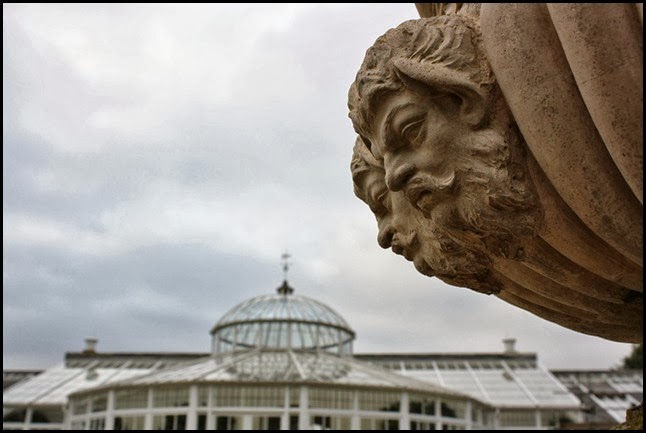 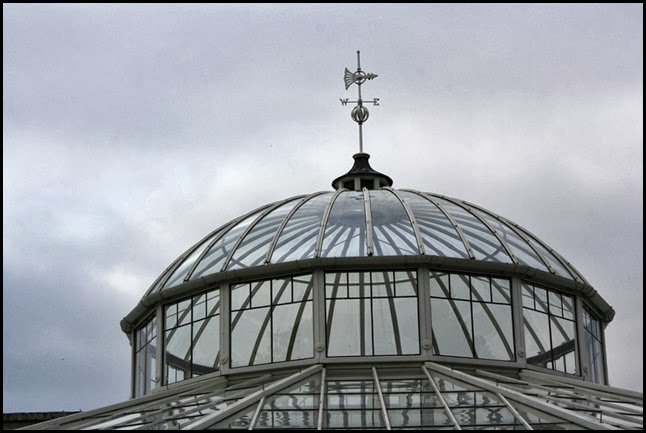 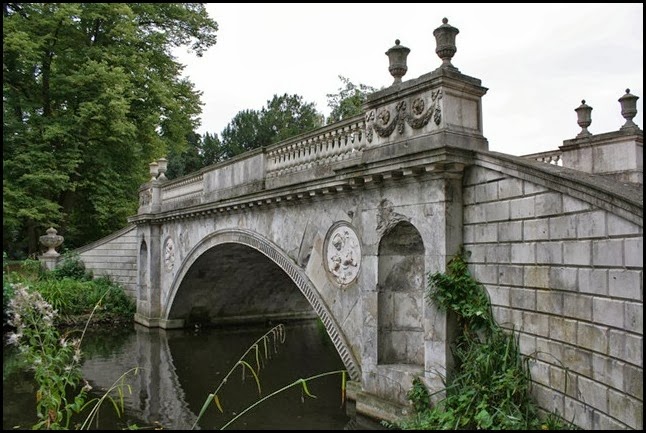 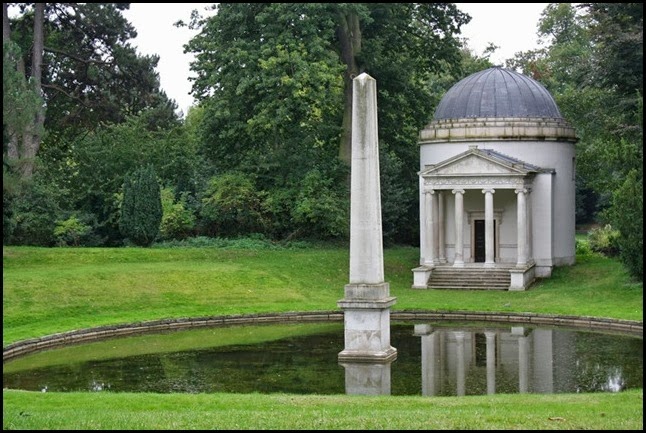 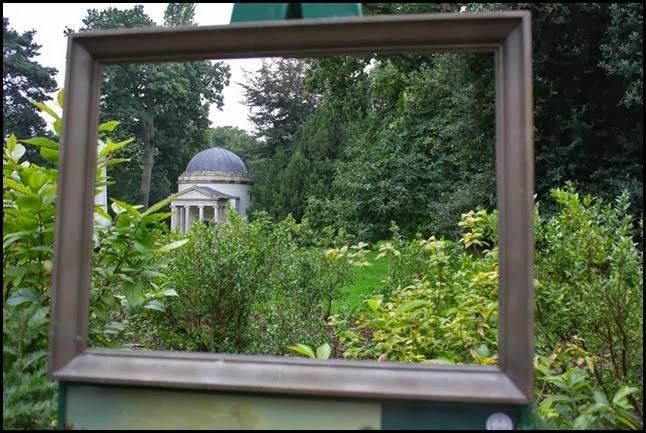 All told, it was a good day out and certainly the most affordable English Heritage property we've visited yet.