Interview: Photographer Mo Greig on ‘Life on the Streets’

Mo Greig is no stranger to the London street photography scene. She started the popular London daily photography blog A Glimpse of London in 2007 but in recent years, her photography has provided the opportunity to meet the people on the streets around Kings Cross and to tell their stories. What began as a hobby has become a career as an independent London based social documentary photographer and Mo is currently studying towards her MA in Visual Journalism and Documentary Photography at De Montfort University in Leicester.

Mo’s latest exhibition “Life On The Streets” is opening at the Hardy Tree Gallery in London on Monday and we took the opportunity to speak to Mo about her journey to London, her photography and life on the streets.

You're a Kiwi in London. Could you tell us a bit about who you are and your journey to the United Kingdom?

In 2004 I left NZ with a new digital camera and a dream to spend a year in France inspired by Peter Mayle’s A Year in Provence. Well it didn’t quite work out like that. No money, no sponsor, just living the dream. London was where work was and for three years my partner and I commuted between London and Paris. It was tiring but fun. When the lease expired on the Paris apartment it was a logical step to move to London full time and I love it here! 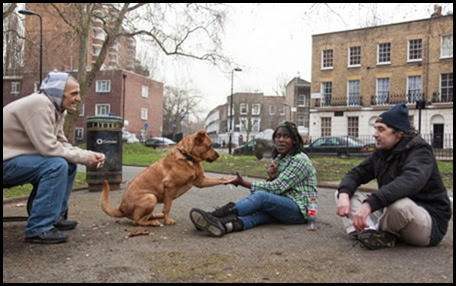 When did you first pick up a camera? Did you have any idea then that your hobby would become a form of artistic expression?

I had played around with a film camera in what seems like a lifetime ago now. It was the new digital camera that I bought to capture “the year away” that was the beginning of the photographic journey. In our travels around France I was amused by the art and sculpture on the roundabouts. Our road trips were punctuated with screams of “roundabout, roundabout” which was code for the driver to screech to a halt on busy auto routes so I could leap out of the car, dodge heavy traffic, and take a photo of some quirky installation in the centre of the rond point.

I’m not sure how but I found an equally crazy person who had a website and was collecting photographs of all of the roundabouts in France. Several of my photos were published on his site.

My passion for photographing quirky things continued when I came to London and thus my blog A Glimpse of London was born.

Did I have any idea that my hobby would become a form of artistic expression? No not then. But now it is the stories I want to tell with my photography that has lead me to my documentary photography.

Your upcoming exhibition "Life on the Streets" opens in London on Monday. Could you tell us a bit more about the focus of your photos and the people you photograph?

The aim of my work is to show those who live on the streets of Kings Cross as people with a name. People who live, laugh, and cry just like the rest of us. I wanted to take pictures that they would like. I realised when I starting giving them prints of the photos I had taken of them that the photos were special to them and held more personal value than I could have imagined. Since I started photographing them some have moved away, some have moved on to better things, sadly one has died, and as always, new people have arrived.

This exhibition is for every single person I have photographed on the streets of Kings Cross. I hope it shows their humanity and their sense of self and community against the backdrop of the challenges and difficulties in their lives. 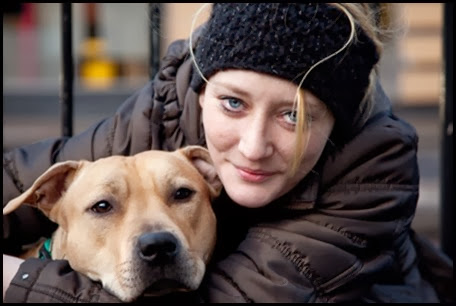 How did you approach your subjects? How willing were people are to tell their stories, especially to a relative stranger?

I spent time with my subjects. I know their names and a little of their lives. As time passes they begin to trust me and share more of their stories with me. I always give them a copy of the photograph I have taken and ask permission to use their images in my work. Now they or others new to our area often ask me if I will take their photographs.

In your experience of photographing homeless people over the past years, what would you say are the biggest issues facing vulnerable and destitute people today? Do you find that is something that is communicated through your portraits?

I am not a social worker, so I don’t feel qualified to talk on the issues that underpin some of the problems in society today. What I have seen is that those who are vulnerable nearly always have a lack of self-esteem and self worth.

I try to show a little of this in my portraits.

If you’d like to learn more about Mo’s documentary work with people on the streets, you can visit her website at MoGreig.com.

The “Life on the Streets” exhibition is running at the Hardy Tree Gallery, 119 Pancras Road, London, NW1 1UN from September 23-29 and is free to enter.

This artice first appeared on Blogcritics.org as Interview: Photographer Mo Greig on ‘Life on the Streets’.