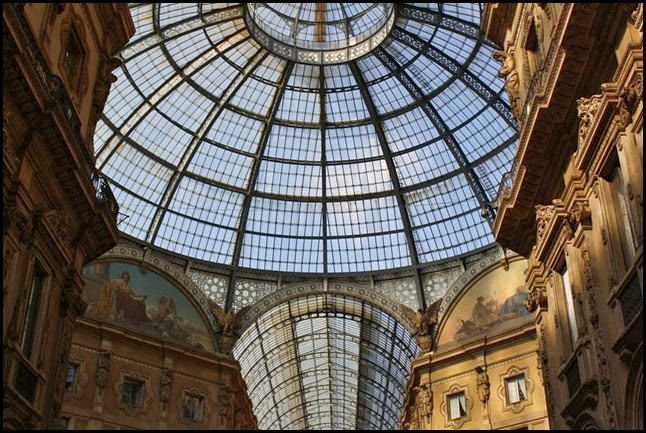 I learned two things on my trip to Italy in September, both relating to expectations. One is that photographs, especially those in travel guides, rarely do justice to the splendour and majesty of the places that they are trying to portray. These places look interesting, certainly, but it is often history and significance that draws you to a place and not those photos. 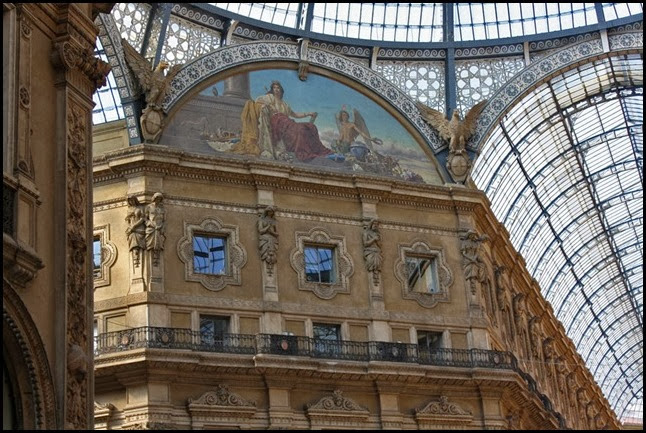 Conversely, sometimes photos do too much justice and fail to reflect the atmosphere of the areas surrounding places of interest. Thankfully we only had one disappointment on our journey (rare for me as I’m not a judgemental traveller) which was far exceeded by moments of delight and pleasant surprise. 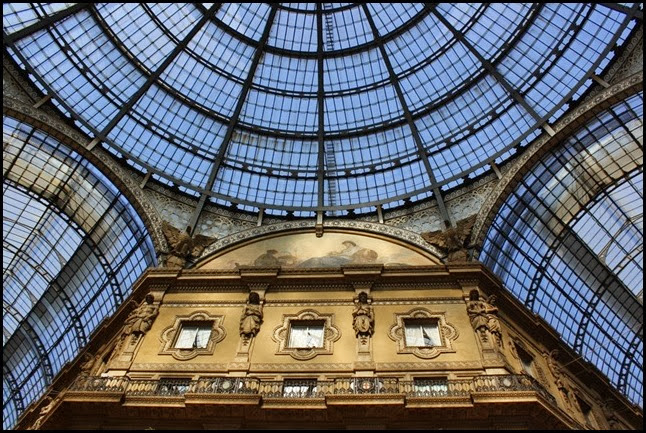 Perhaps most surprising was Milan’s Galleria Vittorio Emanuele II located just off the Piazza del Duomo which we might not have visited if it had been out of the way. 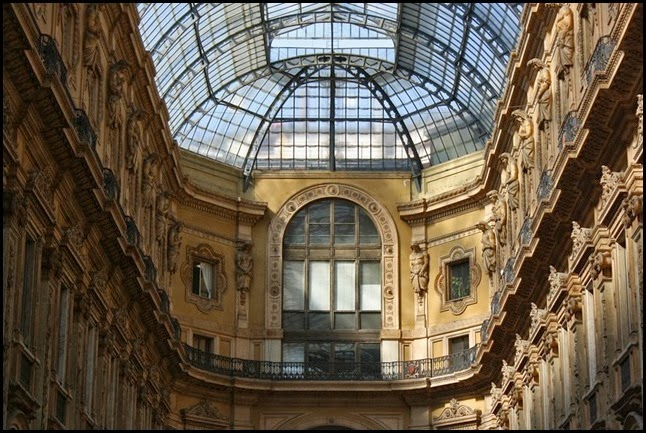 Have you ever had one of those moments where you need to put your camera down and simply experience being in a place? That happened to me in the Galleria Vittorio Emanuele II. I was so impressed by the glass and metal of the dome and ceiling, the murals on the walls and the exquisite tile mosaics on the floor that I had to lower my camera and simply drink in the splendour as the late afternoon sun lit up the galleria in a soft, golden glow. It is a truly beautiful place. 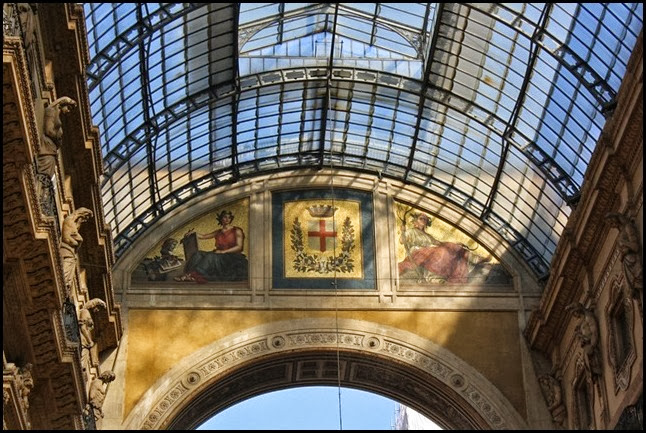 The Galleria Vittorio Emanuele II is one of the oldest shopping centres in Europe, if not the world. It was built by architect Giuseppe Mengoni between 1865 and 1877 but sadly Mengoni never got to see his completed masterpiece as he fell from scaffolding shortly before the galleria’s inauguration and died.  Vittorio Emanuele II was the first king of the Kingdom of Italy and he ruled from 17 March 1861 to 9 January 1878. 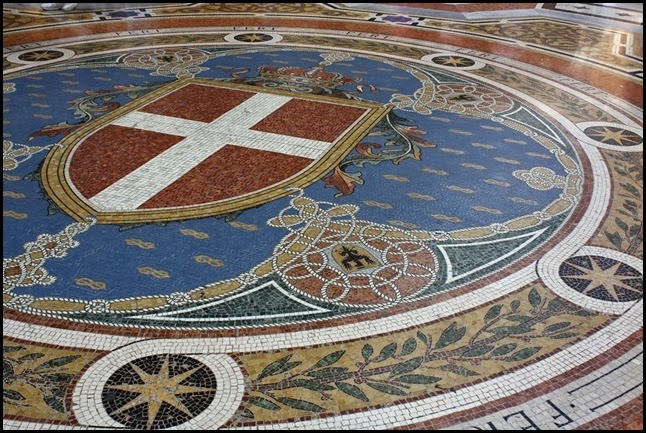 What I didn’t capture in my photographs were the businesses and restaurants lining the walls of the galleria. Here we saw Prada and a Ferrari store and numerous boutique shops and expensive restaurants. Those didn’t interest me, not least because I’ve never liked shopping or shopping malls, but it says something that we resolved to go into the galleria and eat at one of the restaurants, no matter the price, and still couldn’t justify the expense. Perhaps one day I will regret missing out on a €25 pizza but hopefully not. 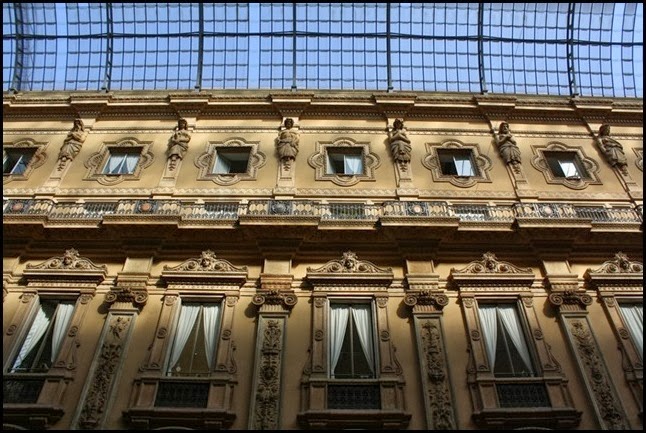 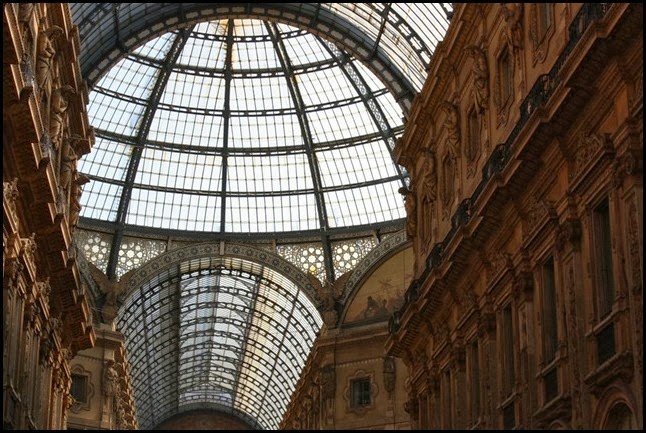 … and the way the light was beautiful that late afternoon as it shone through the glass into the wonderful 19th century arcade below. 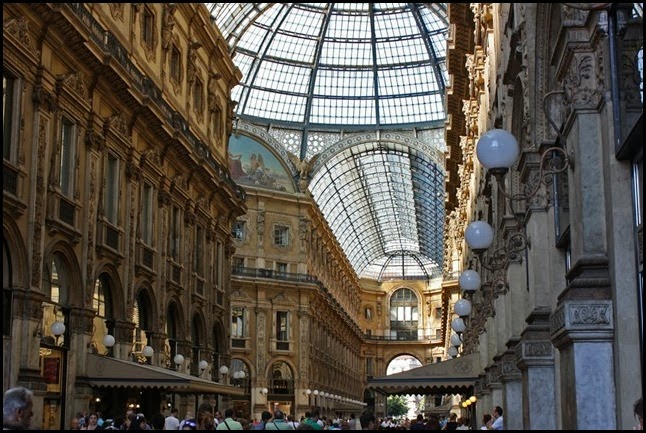 This was the first of my posts from our trip around Italy and we had a wonderful time. We hired a car for two weeks and travelled to Milan, Verona, Venice, Bologna, Imola, Tuscany and Florence.  To see all the posts from this trip and the weekend I spent in Italy in March, click here: Italy.

How was your summer (or indeed winter if you’re in the Southern Hemisphere)? Are you ready for the change of seasons? I’m personally loving the chance to wear all of my scarves and boots.