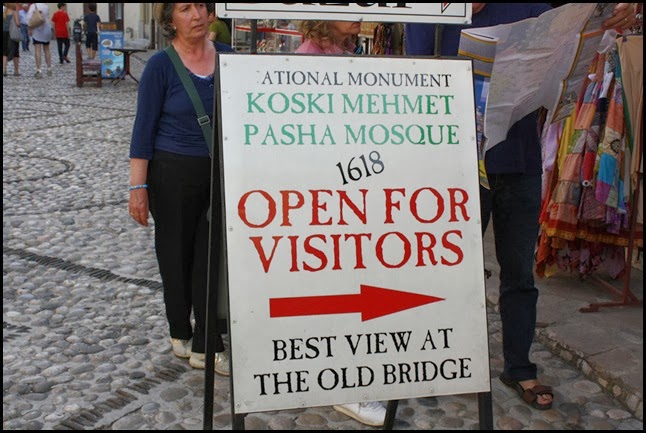 The sign at the entrance said that it held the best view of The Old Bridge and we certainly weren’t going to argue. We stepped hesitantly into the courtyard of the Koski Mehmet Pasha Mosque, unaccustomed to entering the grounds of mosques and concerned whether I would need to cover my hair. It did not appear that this would be required unless I wanted to enter the mosque itself. 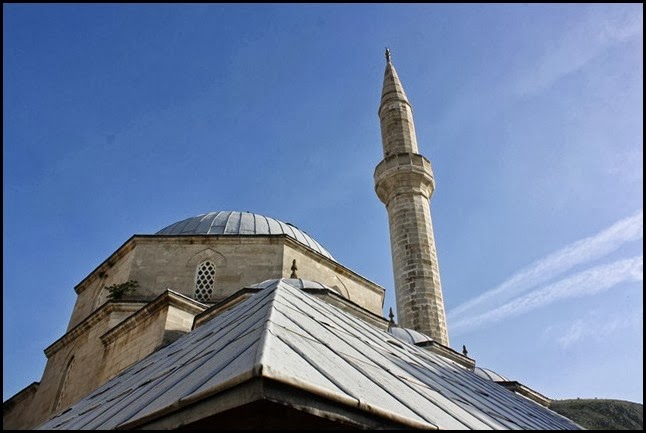 I admired the dome and minaret of the mosque, newly rebuilt after the near destruction of the mosque in the Bosnian War. I could see the mosque across the Neretva River from my hotel room and have previously featured it in my post: Falling in Love With Mostar. 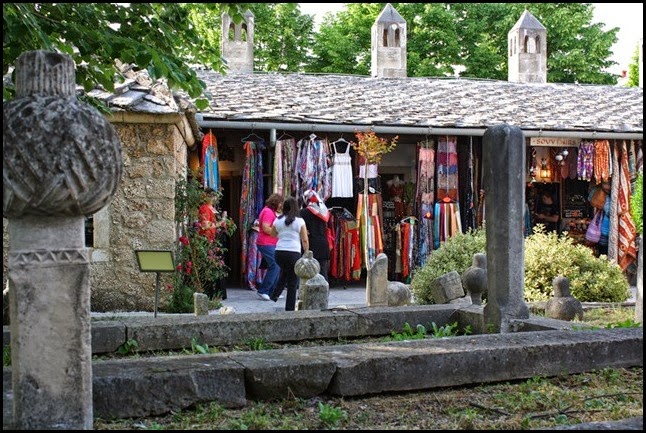 There was a market inside the grounds of the mosque and I would have been able to purchase a beautiful scarf to cover my hair if we’d decided to go into the mosque that day. But that wasn’t why we were there… 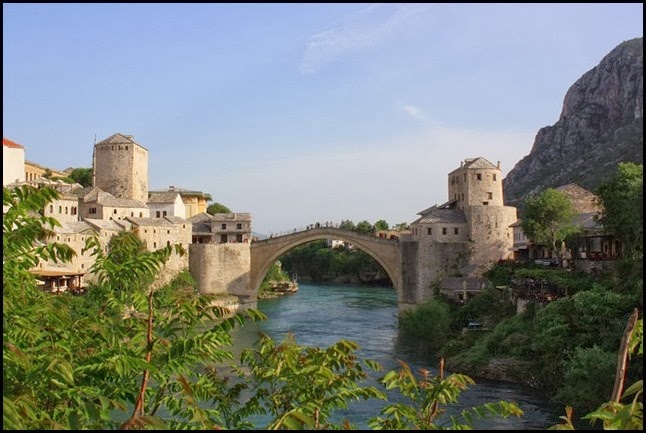 We were there to see whether the Koski Mehmet Pasha Mosque offered the best view of Stari Most, the famous Old Bridge in Mostar. 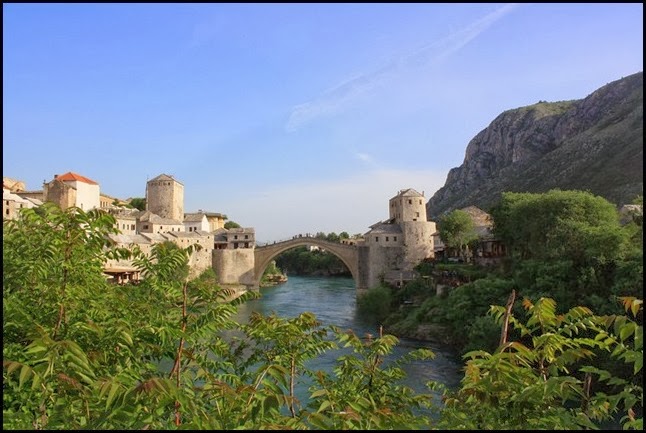 I have to admit that it does and this is one of four photos that I printed out and enlarged to remind me of my magical time in Mostar. 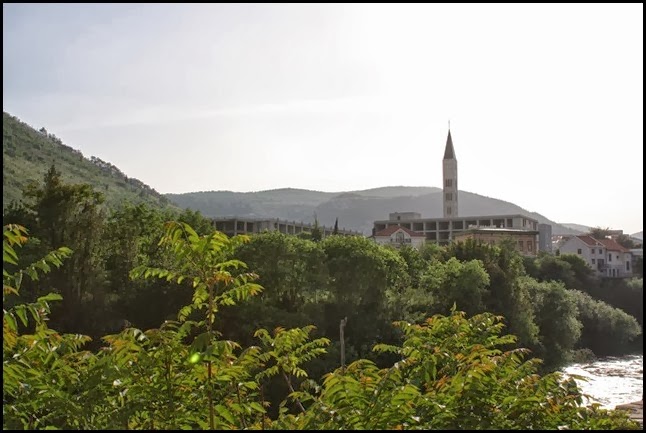 This was the view looking away from the bridge and across the Neretva to the other side of Mostar. The sun was shining so bright on that hot May afternoon and we decided to continue our walk through the Old Town and market.