A Winter’s Walk Around Leeds Castle

… or how to ruin a perfectly good pair of boots.

Sometimes I really wonder about myself. For example, what kind of blogger goes to spend a night away in Kent and doesn’t check first to see if there are any attractions nearby? In my head, it seemed perfectly logical that we were going away for a company work function and I should concentrate on enjoying that. Which sounds fine, until you consider that our hotel was two minutes away from Leeds Castle, a place I have always wanted to visit.

As you can imagine, this lapse in judgement meant that I did not have my camera on me and I also had two choices of footwear – ridiculously high but cute red heels and a pair of boots with equally high heels. Which would not be a problem except that on discovering Leeds Castle was nearby, I decided that I really wanted a photo of the castle from across the lake. You’ll be glad to know I went with the boots but they are now officially ruined. 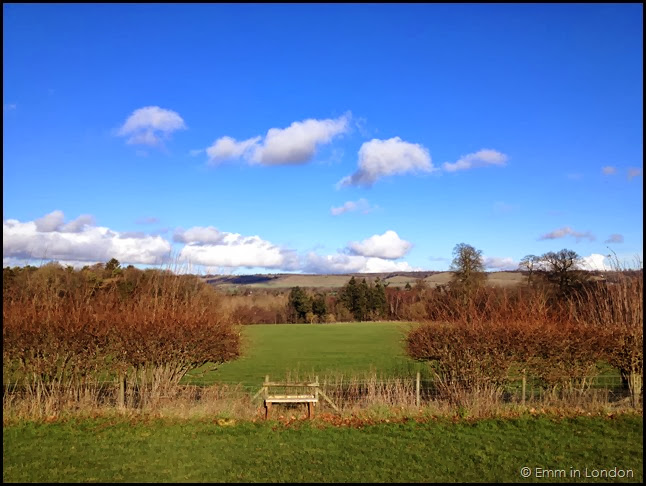 But this post could also be called “how to spend a perfect winter’s morning in the Kentish countryside”. On the advice of a local, we decided to drive past the entrance to Leeds Castle and we turned left shortly afterwards to access the footpaths leading up to the back of the castle. We passed through several gates and were sure to carefully latch them again after each passing. Farm animals can be very canny and soon figure out how to open unlatched gates. 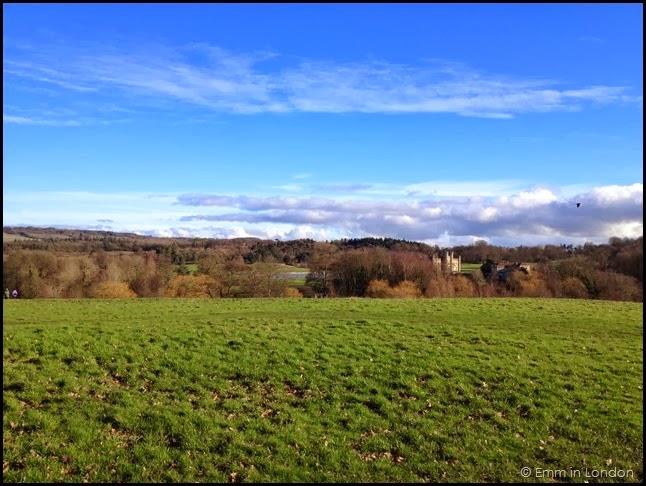 Suddenly, there was Leeds Castle in the distance and there to the middle of the photo, you can spot the lake. 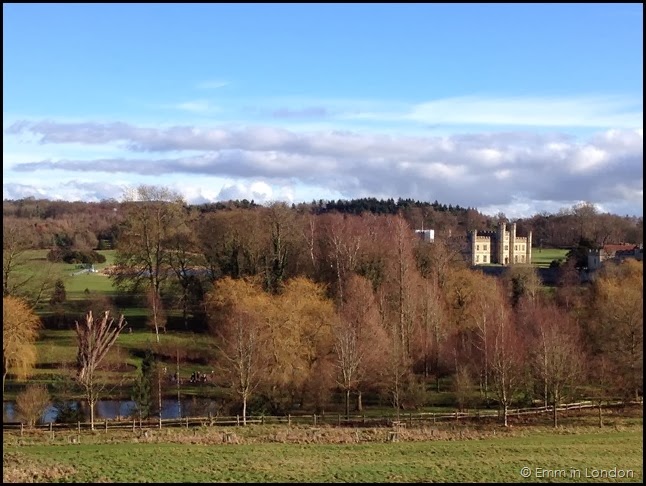 I know it looks lush and green up ahead, but don’t be fooled. The grass was becoming positively swampy and we weren’t keen on proceeding straight ahead. Besides, I had a feeling I wasn’t going to get the iconic ‘Leeds Castle across the lake’ photo from down there. There must be another lake where the view of the castle isn’t obscured by trees. 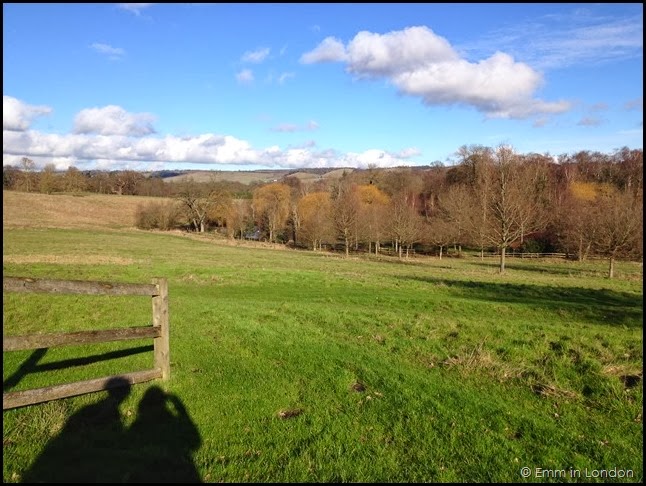 We made our way left towards the tar road before pausing for a self-portrait. I’m not sure if you can see from the photo above, but Stephen and I were in fact smiling. 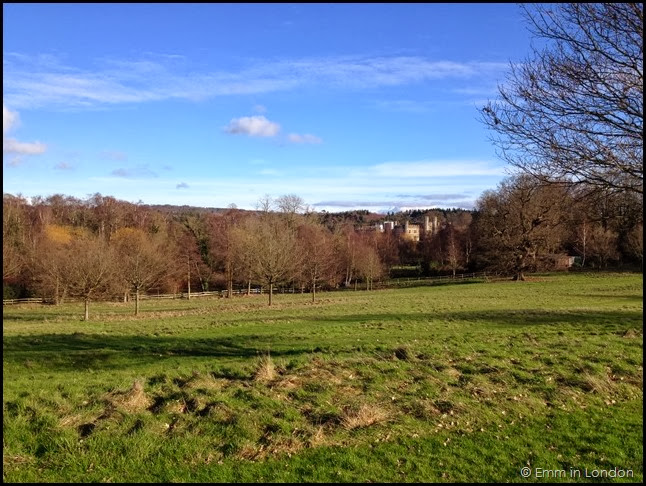 We spent a long time gazing at the castle… 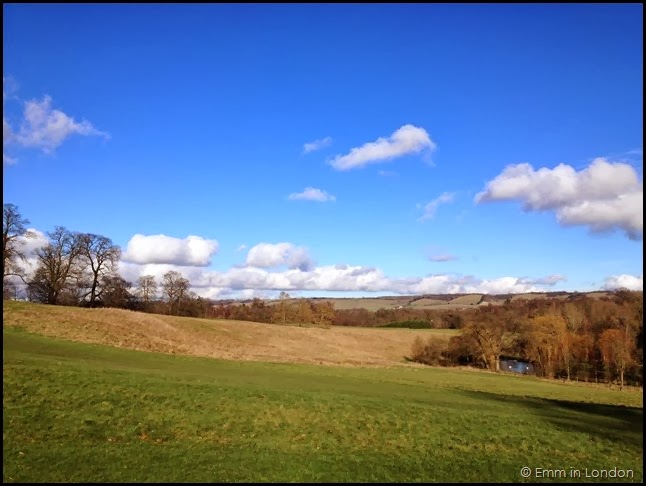 …and we were sure to admire the Kentish countryside… 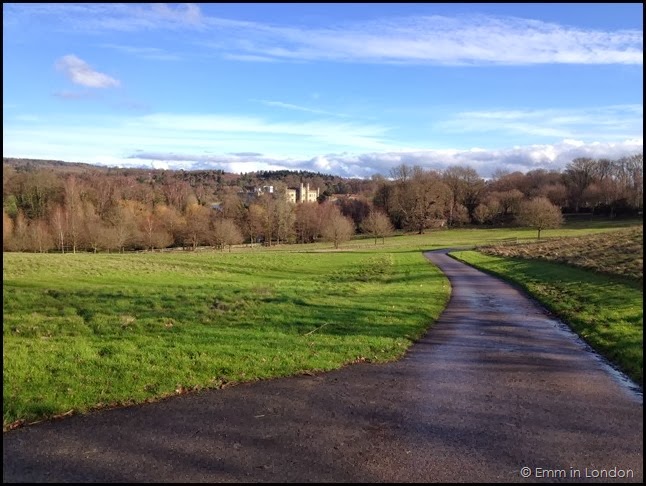 …and then one more glimpse of the castle before we made our way back to the main road. 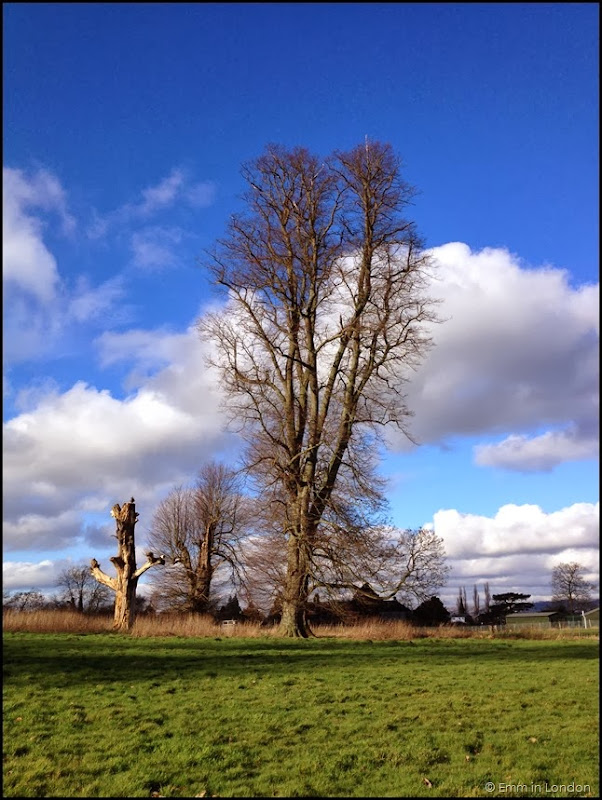 There were some gorgeous trees along the way. Usually by mid-January, I am complaining about ‘tree skeletons’ but it is amazing how a mild winter and some blue skies and sunshine can change your perception. I thought these trees were positively beautiful. 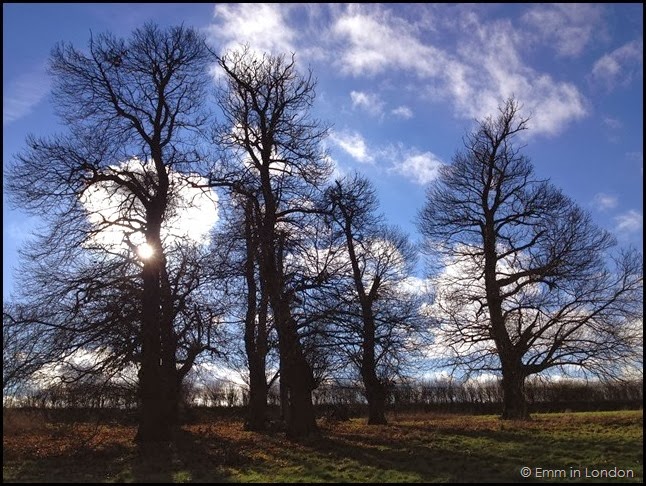 I was super happy that this photo came out as I took it straight into the sun. These photos were taken just after noon and that is as high as the sun will get in our sky today. 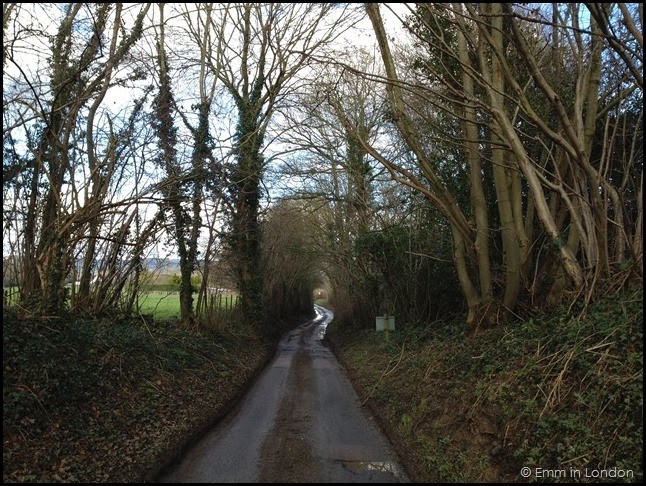 We reached the main road some distance from where we’d joined the footpath, on account of our detour along the tar road. We took a lovely walk down the main road and were only nearly knocked down twice by the posh locals.

So was it worth ruining a pair of perfectly good boots? Of course it was. We had a fabulous walk and I’d certainly like to go back one day with a camera. All of these photos were taken my iPhone.

Have you ever found yourself inadequately prepared for an adventure? Just how bad was it?