Ten Things To Do in Johannesburg, South Africa

It’s a story I’ve told before: the reason that I am an eternal tourist is because I spent so many years believing that there was nothing to do in my hometown of Johannesburg. I was wrong and this realisation lead to my commitment to explore as much in my daily life as I do when travelling.

Naturally, this epiphany is only useful if I pay it forward and so I present my top things to do in the City of Gold, Jozi, Jo’burg or whatever term you adopt for the city of Johannesburg.

Johannesburg is a landlocked city and the nearest coastline is a good four hour’s drive away. It is a green city and is known as the largest man-made urban forest in the world. In the 1990s and 2000s, the inner city of Johannesburg experienced significant inner city decline and now we are finally beginning to see some much needed improvement there. 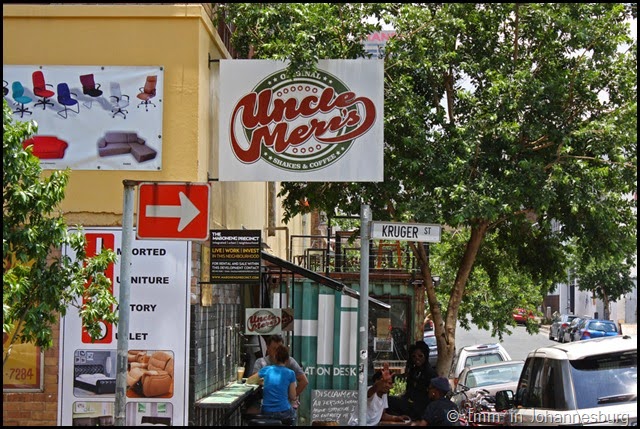 The gentrification of the Main Street area in Johannesburg city centre has been so successful that Jo’burgers are beginning to refer to the ‘Mabonengisation’ of their local neighbourhoods whenever new developments and restoration occur. You can work or live in an overpriced apartment in the Maboneng Precinct but visitors will be more interested in the fantastic restaurants, trendy boutiques, Arts on Main gallery and the Market on Main Sunday market. 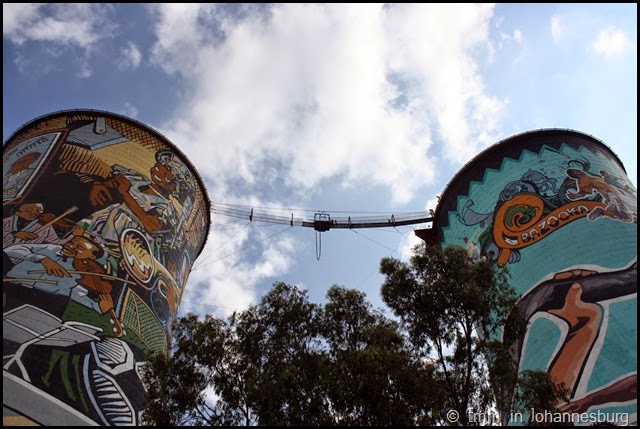 I’ve discussed my rather unique approach to curing vertigo when I told you about confronting my fear of heights at Orlando Towers. If you are adventurous you can bungee jump, power swing or base jump off the towers of the old Orlando Power Station in Johannesburg. Orlando Towers is open every Friday to Sunday from 10am to sunset. I won’t lie, as crazy as my first experience was, I definitely intend to return in December.

Melville is where you will head to eat, drink or dance 24 hours a day. It might seem strange to include an entire neighbourhood in this list but Melville definitely deserves to be here. In my entirely unbiased and objective opinion, Melville is home to the best restaurant on earth, Catz Pajamas and not a day goes by that I don’t miss their Cajun Chicken Nachos. You might also want to try the chocolate ganache cake at De La Creme Patisserie on 7th Street.

Location: the main strips are located on Main and 7th Streets in Melville, Johannesburg 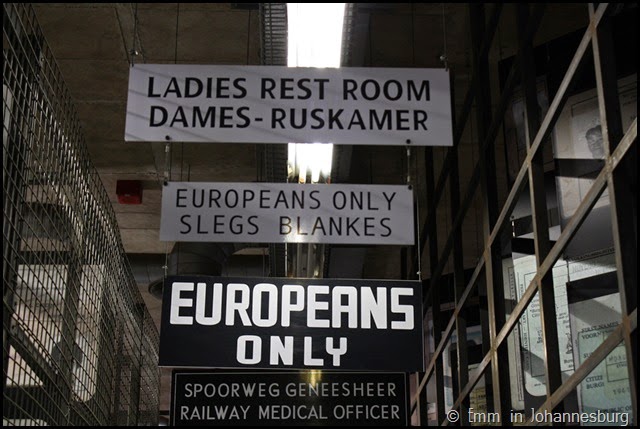 Many people know a little bit about Apartheid in South Africa but I can confirm that it was worse than you could imagine in your wildest nightmares. The Apartheid Museum is one of the best historical museums that I have visited in the world and it gives a superb multimedia display of Apartheid media and legislation, life under Apartheid and the long, long road to freedom. The museum is so good that I have been twice and will happily go again.

6. Maropeng and the Cradle of Humankind

Recently I expressed surprise when they discovered evidence of human habitation in Britain dating back almost one million years but I did know that hominid fossils have been discovered in the Cradle of Humankind dating back 3.5 million years. This makes this area northwest of Johannesburg the accepted seat of humanity. The Cradle of Humankind is Johannesburg’s only World Heritage site and I would highly recommend a day trip to the area if you’re in Johannesburg. The Maropeng Visitor Centre focuses on ancient human history and development and in the nearby Sterkfontein Caves you can see important fossil finds and San cave paintings dating back 10,000 years. 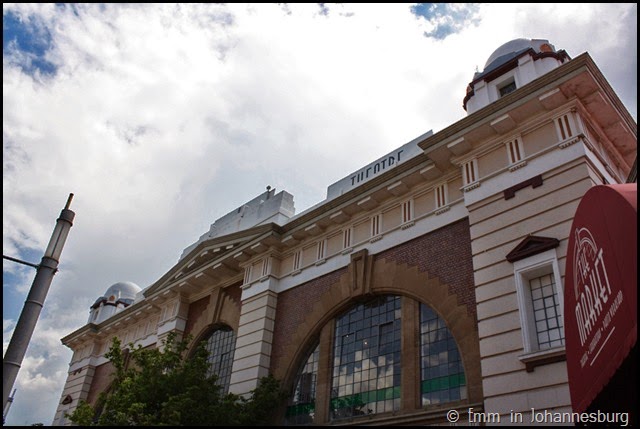 U2 spoke about rebel songs and Bob Marley spoke about songs of redemption. Well, the Market Theatre was the home of thespian protest during the Apartheid era. Even today, the plays at the theatre are often political, topical or controversial in nature and feature some of South Africa’s top writers and actors. The precinct is also home to the Bassline, Johannesburg’s top jazz club as well as the Sophiatown Bar Lounge. You can read more about jazz and protest in this area of Johannesburg. 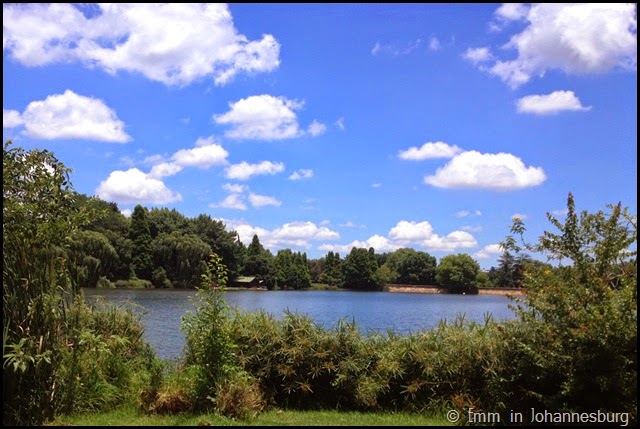 Emmarentia Dam played such a big part in my upbringing from Saturday afternoons spent playing in the river while my mum read a novel in the shade of a tree, to long days spent basking in the sun with my high school friends, to gorgeous picnics with old friends where adults, toddlers and puppies all climbed onto a huge blanket and whiled the afternoon away.

The site is also home to the Johannesburg Botanical Gardens which is free to enter from sunrise to sunset and features beautiful special gardens including the Shakespeare Garden, the Rose Garden and the Herb Garden.

Gold Reef City is a theme park dedicated to the gold mining heritage of Johannesburg and was opened in 1986, Johannesburg’s centenary year. The park is great for children and features numerous rides, restaurants, bars and a heritage experience. Definitely allocate most of a day to your visit because you’ll struggle to tear your children away! 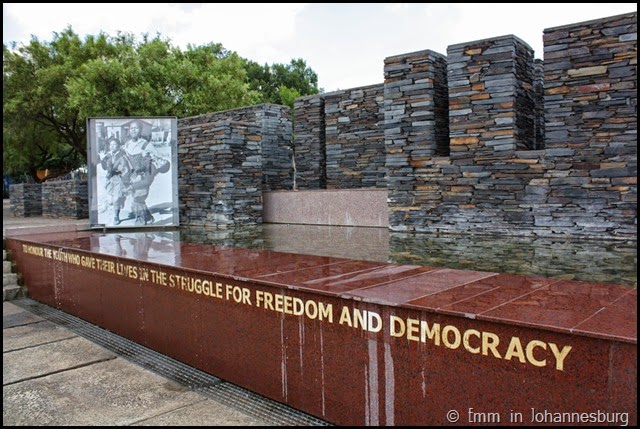 This is going to read like a strange way to recommend a place but I’m going to tell it like it is. I was so moved by my visit to the Hector Pieterson Memorial and Museum that I could barely speak for two days afterwards. The only museum I can compare it to is the 9/11 Memorial Centre in New York City. Like the centre, both museums are dedicated to one terrible day in history and the horrific loss of life.

The Hector Pieterson Memorial and Museum focuses on the events of June 16, 1976 when police opened fire on school children protesting against the decree forcing them to take tuition in Afrikaans. Thirteen-year-old Hector Pieterson was the first casualty but many more children and adults died that day and in the resulting riots. No matter how difficult the subject matter, I highly recommend this superb museum.

I’ve devised a super helpful map to assist you in planning your time in Johannesburg. I would recommend combining Orlando Towers with the Hector Pieterson memorial, the Apartheid Museum with Gold Reef City and dedicating a day trip to the Cradle of Humankind. This map is best viewed full screen and on a PC.

This post was written as part of the giffgaff Top Things to Know About Your Hometown campaign and I received a box full of Fizzers, Tennis Biscuits and Tex Bars in exchange for participating (i.e. my favourite South African chocolates and biscuits).

Did you take part in the campaign or have you written a similar post about your hometown? If so, be sure to link to it in the comment section.