Afternoon Tea at Pantry 108 at the Marylebone Hotel

I love afternoon tea, so much so that it’s difficult to believe I had my first afternoon tea experience in 2011, the day after William and Kate’s wedding. I love the bite-sized delights and relaxed afternoons spent chatting and drinking tea. Over the past year, it has also become an experience I share with my mother. I don’t often blog about our teas – my mum and I are usually far too busy catching up – but this time I’ll make an exception because recently we had the pleasure of taking afternoon tea at Pantry at 108 at The Marylebone Hotel. 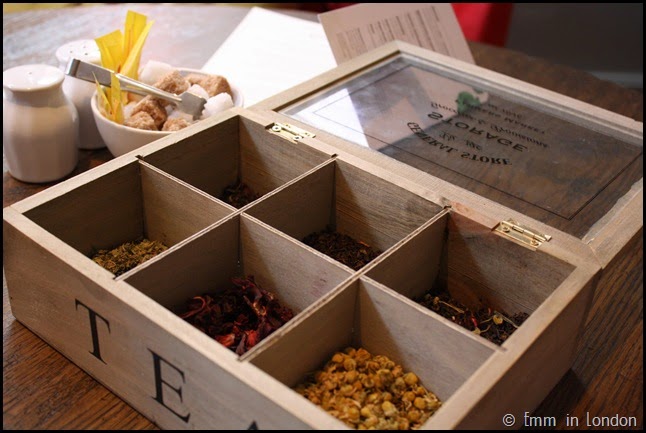 We were given the choice of either a Classic Afternoon Tea or the signature Pantry at 108 Healthy Afternoon Tea, a dairy-free and gluten-free option. Mum took the Classic Tea while I tried out the healthy option. Usually when I do reviews, they are based on my own experiences but on this occasion, I’m going to be able to tell you about both my own and my mother’s teas as I took careful notes on the day! 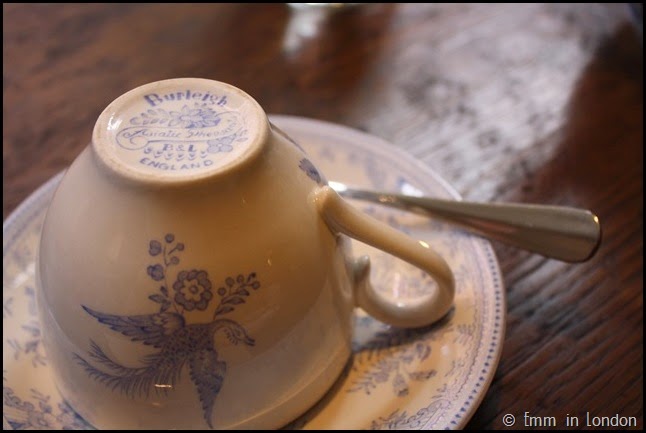 The afternoon tea began with our sandwiches being brought out on Burleigh Plum Asiatic Pheasant china which was then followed with a two-tier stand on which the scones and pastries were displayed. The sandwiches were filled with what has become standard afternoon tea fare: ham, egg mayonnaise, cucumber and cream cheese and salmon. Let me tell you, there was no hint that my bread was gluten-free and the brown gluten-free bread was spectacular. In fact, I’m a white bread lover but this was the first time I have had brown bread that tasted better than white bread. Mum ate my salmon sandwich (sadly, I am allergic to salmon) and I tasted her ham sandwich. We both agreed that the bread was virtually indistinguishable except for the added grain in the non-gluten free option.

Now I know that what you’re really waiting for is the sweet section. The Classic Afternoon Tea included a Fig & Strawberry custard tart, a Victoria sponge, a Carrot & Walnut loaf and a Champagne jelly and fruit. My mother had nothing but good things to say about the selection – she remarked that the shortbread pastry in the custard tart was really crumbly and crisp and that the Victoria sponge was nice with not a lot of dough. The carrot & Walnut loaf was her favourite. It was a proper miniature loaf and was lovely, soft and moist.

I have to say that for my part, I was really impressed by the sweets. I am not a cake and tart person but I loved each and every one of my four sweets and was actually a little bit sad when I took my last bite. The Raspberry cake was simply stunning and the Banana loaf was moist and tasty. The Chocolate and Blueberry cake was very chocolaty and absolute delicious. Mum and I both agreed that the Champagne jelly with raspberry, blackberry, cream and chocolate mousse was simply sublime. I could certainly imagine eating an entire bucket of that stuff!

Now, the more astute of you may have noticed that we ate our afternoon tea in the wrong order. Afternoon tea is normally served on a three-tier stand and you eat from the bottom to the top: sandwiches, scones, sweets. We left our scones until last because they are usually the best part but this was perhaps a bit of a mistake on this occasion as they weren’t as lovely as the cakes and tarts.

My mother was impressed with her scones and liked that they were light, not too dense and with a more cake-like, less bread-like consistency than other scones she has tried. I thought that the gluten-free scones were a little chewy and hope that they improve the recipe with time. They were certainly not the worst gluten-free scones I’ve had before but they weren’t the best. They were ­very tasty and went well with lashings of clotted cream and some jam. I was pleased with the generous portion of clotted cream. 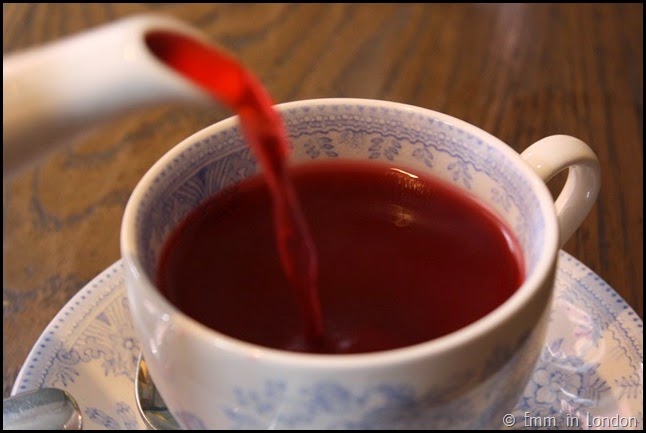 Normally I would review the teas as I go along but have decided to leave this to last on this occasion. The only possible complaint I had about the day was the tea. My mother and I began with Rare Tea Company Darjeeling and Earl Grey Tea respectively and were surprised to see that the tea was served without tea bags or tea leaves. This can be a blessing in a way as both tea bags and tea leaves can prove messy but in our case, we discovered that the tea was too weak and was lukewarm too.

With our sweets my mother requested green tea which was served with fresh mint leaves which she said was a great improvement and I tried the Berry Hibiscus tea. My tea was delicious but once again, it was too cool and it did not prove as good a pallet cleanser as I had hoped.

We spoke to the very helpful staff and they confirmed that tea is prepared beforehand and served from a canister. We learned our lesson with the final course and I ordered Lemon Verbena tea but requested that they serve it piping hot. I received it hot and strong and was most pleased with this. The tea was absolutely delicious.

I have to commend the Pantry at 108 for serving unlimited tea and for being willing to serve a different tea with each course; not all establishments are willing to do this with afternoon tea and it is much appreciated. However, I think it would be best to serve tea hot and fresh and with either tea leaves or tea bags so that customers can control the strength of their tea if they wish.

Our experience at the Pantry at 108 at the Marylebone Hotel was a great experience to compare a classic and gluten-free afternoon tea side by side and I am pleased to say that they were both very good. This might sound strange to say, especially considering my remarks about the consistency of the scones but for once I did not look longingly at the classic afternoon tea and feel that I had somehow lost out.

There are seasonal fluctuations in the menu and prices of the afternoon tea at Pantry at 108 and currently they are offering special Wimbledon Afternoon Teas for two including a Pimms jelly and strawberry tarts. Priced at a fantastic £34 for two (or £44 for two with champagne) until Sunday, 6 July 2014.

We were guests of Pantry at 108 and the Marylebone Hotel during our visit. As always, I promise to share sincere and honest opinions with my readers.

By the way, I have another quirky English pronunciation alert for you! The term Marylebone is the subject of constant discussion with respect to pronunciation. The consensus appears to settle equally between “Marry-le-bon” and “Marly-bone”. Have you ever heard another way of saying this?