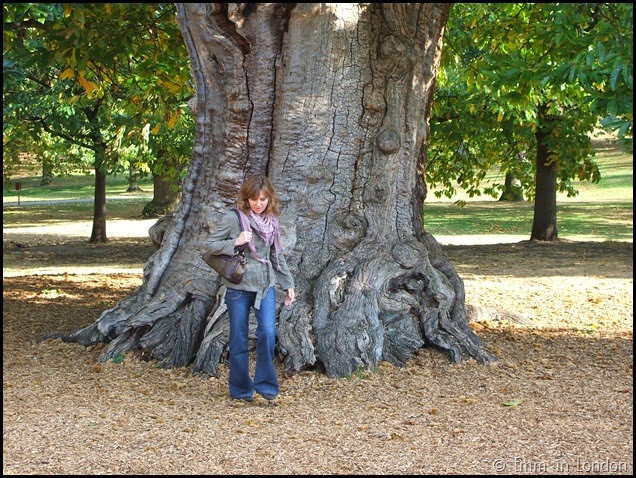 It was the final day of a beautiful vacation in the tiny Cornish village of Polperro. The break had been everything we'd wished for with long coastal walks, afternoon Cornish cream teas and absolutely no mobile phone reception. We arrived back to our apartment at Crumplehorn Inn and as our phones began to connect to the hotel Wi-Fi, my husband Stephen realised he had a missed call from his mother.

As South African expats living in London, we never receive calls from my mother-in-law's mobile phone to ours. The majority of calls are made through Skype and any phone calls that are made are made between our land lines.

Stephen tried to phone his mother back - no mean feat with such a weak signal. There was no answer and we agreed that the most likely explanation was that one of our young nieces had dialled us by mistake.

Taking advantage of the Wi-Fi, I popped onto Twitter to post a snarky comment about something when a friend of mine direct messaged me and simply wrote, "call me. Immediately". I knew then. I knew that something was wrong.

I had met this friend through his wife, my sister-in-law Sandra's first cousin. Sandra was married to my husband's brother and this message told me that something was wrong with my husband's family.

It is The Call that all expats dread with every fibre of their soul. The call to tell us that something unspeakable has happened back home.

I called my friend and with the bare minimum of greetings I asked what was wrong. He broke the news to me. Sandra had died in a car accident that afternoon. I couldn't absorb it at first and had to ask him to repeat himself. He did so, using her full name and married surname, repeating what had happened. My whole world ground to a halt in that moment. Sandra, my beloved sister-in-law and friend, the mother of my nieces, was gone.

When considering all the things I never want to have to do again, I'd have to add breaking news of that nature to my husband. I ran to him in the next room where he'd been sitting and told him that I had very bad news and that he needed to sit down. At that point I knew that he must be frantic with worry as he'd heard me on the phone, heard my utterance of dread when I'd received the direct message from my friend.

I blurted it out, "it's Sandra. She's died in a car accident". The next hours of our life passed in a blur. The only salient moment I can recall is stumbling into the passage to find Stephen double over and crying his eyes out. As his sobs wracked his body, my heart broke into a million tiny pieces to see him in such distress.

Somehow, that evening, we both phoned our employers. It was a Friday evening and we were both expected back at work on Monday. In a haze of panic, we booked a one-way ticket back to Johannesburg for Stephen for the Saturday night and made plans to leave Cornwall for London first thing the next morning.

I don't really remember the drive home. I remember not being able to cry and then listening to "Old and Wise" by the Alan Parsons Project and not being able to stop crying. We stopped once on the five hour journey home for a 5 minute toilet break but other than that we kept going.

We arrived home to find my mother still at our house (she had been house sitting) and my brother was there to take Stephen to the airport. There was no way that I could drive at that moment. Stephen was barely able to put some clean clothes in his already packed bags before they rushed out the door and left. My mother asked if I wanted her to stay but I told her I was fine.

It had been less than 24 hours and our whole lives had changed irrevocably. I will never quite understand my need to be alone at that moment because it was possibly the worst decision I have ever made. Nevertheless, as waves of grief rolled over me in the following days, I was able to make arrangements with my work to take bereavement leave, arrangements with my mother to look after our house again, and finally, on the Tuesday, I was able to book a flight home to Johannesburg to attend the funeral.

Is receiving that phone call the worst thing that can happen to an expat? I don't think so, I think what would have been worse is if we couldn't afford to book tickets home for the funeral. Losing a close family member or friend is always going to be the worst thing that happens to you and your family at that moment and nothing will mitigate that loss.

What is difficult, as an expat, are the hours spent wondering if you made the right decision to live abroad when you could have spent time cherishing every moment with your family. There is the sense of powerlessness, of having no means to make this right and the uncontrollable urge to move back home in the face of this loss. We came very, very close to moving back to Johannesburg and had to dig deep into our souls to remember why living in London was so important to us.

Perhaps the most difficult aspect for us was returning home to our lives in London and not feeling the immediacy of our loss in our daily lives. An exaggerated feeling of unreality pervaded our lives and both my husband and I struggled to believe that any of this had actually happened.

This became almost intolerable for us and it was something that could only have been resolved by being around our family and processing our loss with them. I'll be perfectly honest and say that I don't know how people manage to process losses like this in isolation from their families. It must take so much longer and must be that much more painful.

We were fortunate in that we spent two weeks in Italy with my husband's parents in September. During that time we were able to talk about what had happened, how my brother-in-law and nieces were coping, and how everybody was coming to terms with their loss.

It has been a year since we lost Sandra and I have scheduled this post to run on the year anniversary of her passing. Not a day goes by that I don’t think about her and miss her but I wanted to publish this in the hope that one day it might help another expat somehow. This post took a full year to write – I began it very soon after receiving that phone call and painstakingly completed it as the months went by. I wanted to share this because so many expats (myself included) live in fear of that phone call but ultimately, we can’t control any of these things and despite everything we went through in the past year, I would say that you have to pursue your dreams in spite of your fear.