The Grandeur of the Duomo di Milano 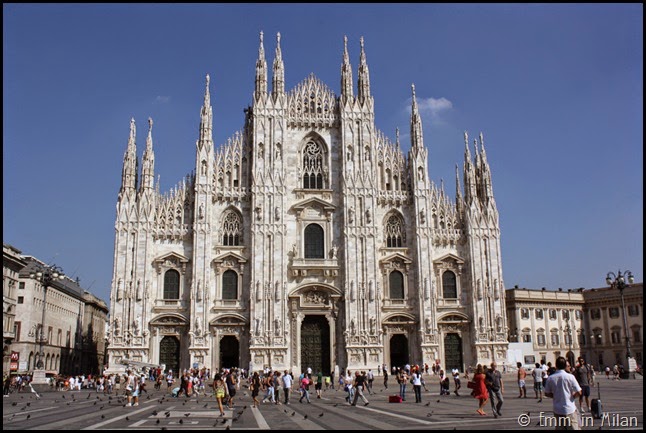 I'll never forget the moment I first saw the Milan Cathedral in Milan’s Piazza del Duomo. We emerged from the darkness of the Metro on a particularly hot and humid summer afternoon and suddenly we all spotted the Duomo at the same time. I could tell that because all four of us took a sharp intake of breath and went silent. It certainly is an impressive sight.

On the day that we came back to visit, we made sure that we were at the Duomo bright and early in the morning because we had heard that the queues could get pretty long. We were dismayed when we arrived because the queues were indeed quite lengthy but we were amazed at how quickly the queue went and how efficient the organisation was. 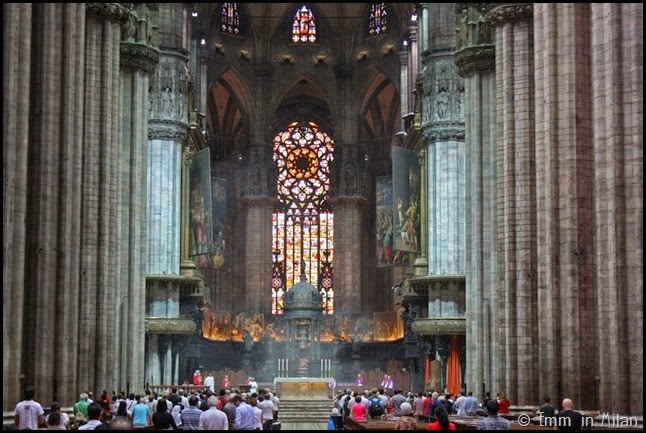 The Milan Duomo is as impressive inside as it is outside. Entrance to the nave is restricted to worshippers and there was a service in session when we arrived. You can see the somewhat smoky effects in the photo above and below from the incense. It was really beautiful and peaceful inside and I stood with my mother-in-law for some time while she watched the service. 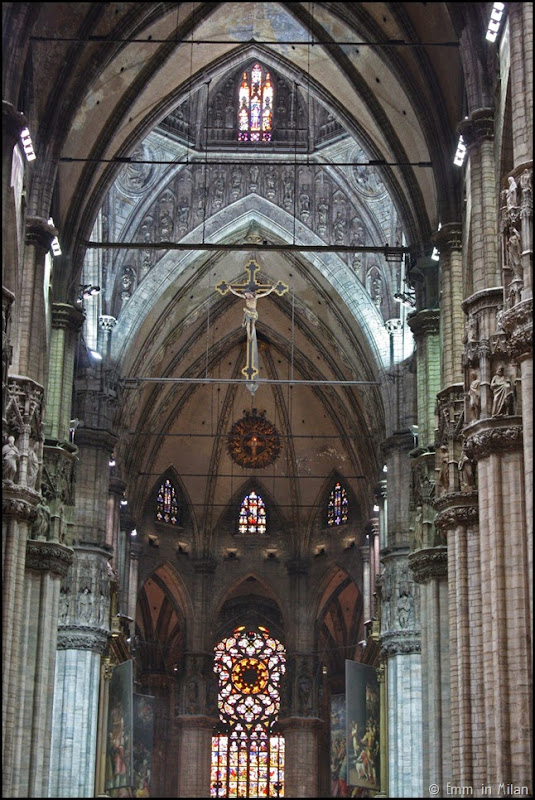 We turned into the South Aisle and took a look at the South Transept. What impressed me most about the Duomo was the incredible detail everywhere we looked. I thought that these tiles were quite exquisite. 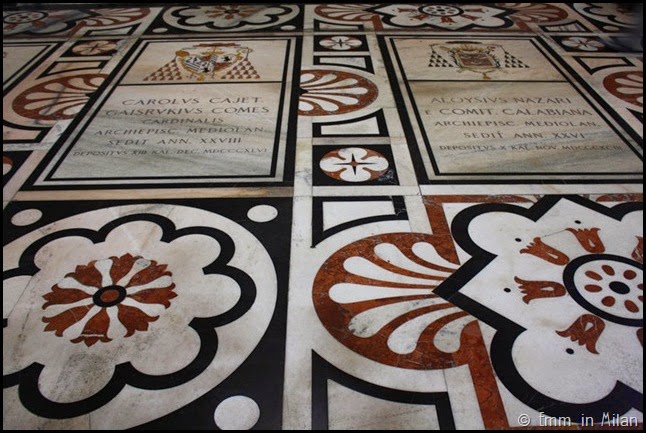 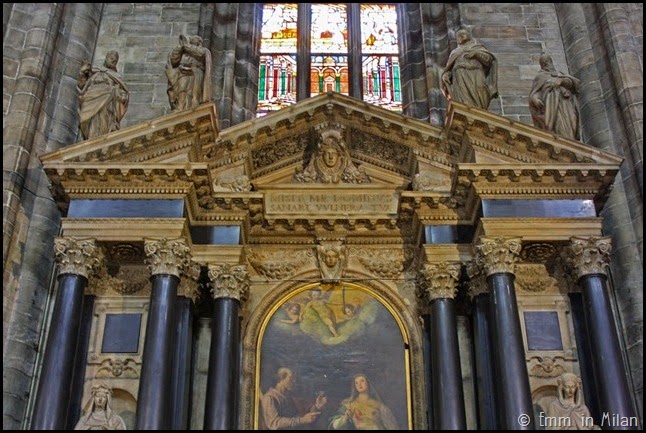 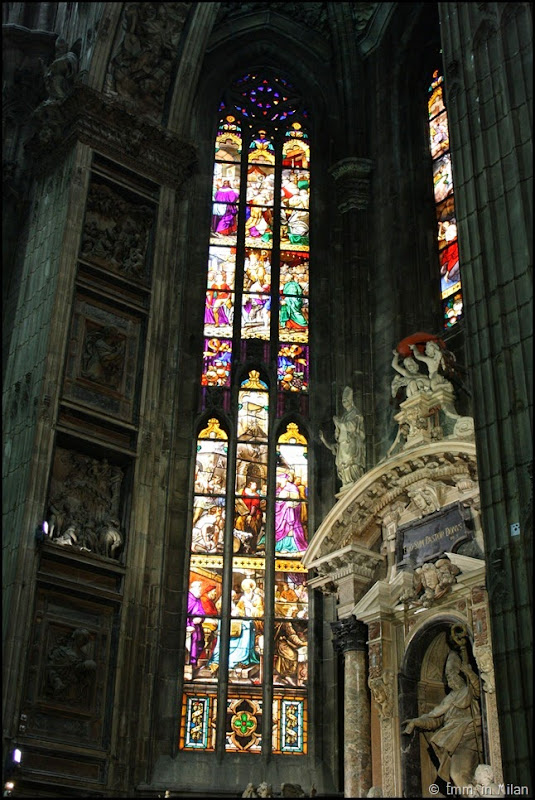 This is La cappella di san Giovanni il Buono or the Alter of St John the Good in English. The inscription on the pediment reads “Ego Sum Pastor Bonus” which translates as “I am the good shepherd”. These were my favourite two photos from inside the Duomo. 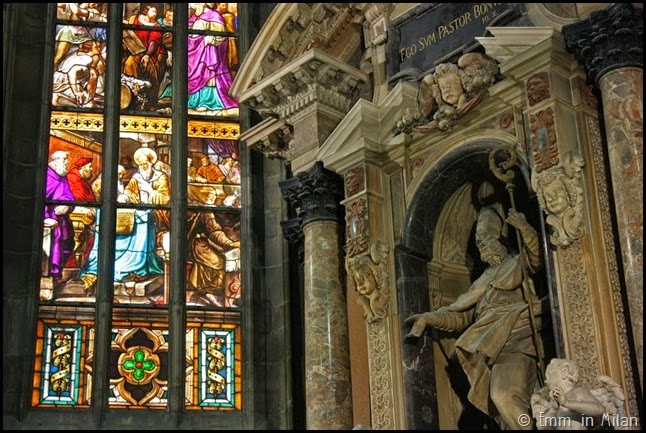 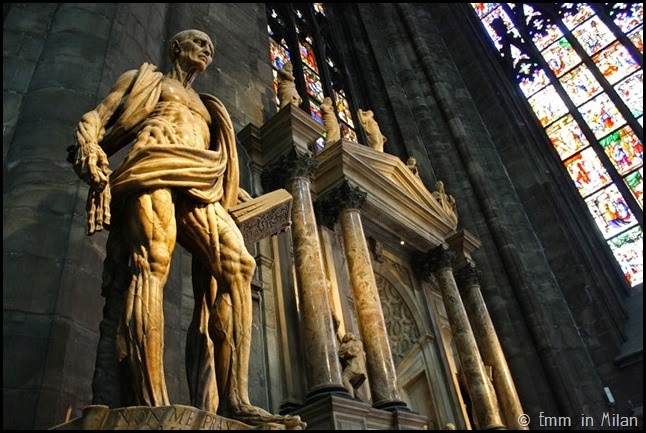 Just left of the alter stands the famous sculpture of San Bartolomeo Flayed which was completed by Marco d'Agrate in 1562. If you’re squeamish, it might be a good idea to page down at this point and not read the next sentence…

… ready? The sculpture depicts the saint’s flayed skin thrown over his shoulders like a stole. It is pretty grim but what is notable about the sculpture is the incredible level of detail. Click on the photo above to see the blood vessels, tendons and ligaments; it really is quite impressive. 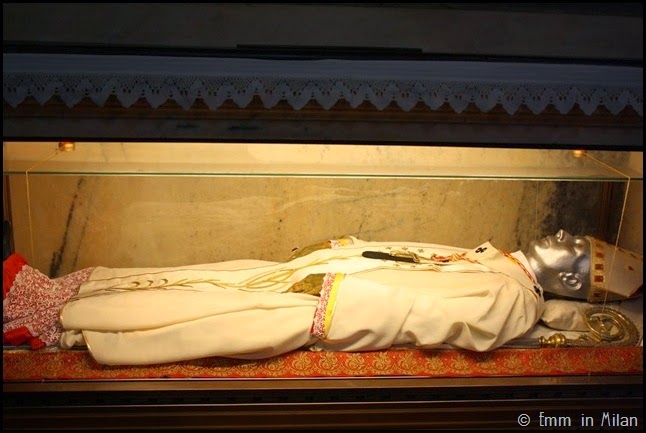 One of the stranger things you will see at the Duomo is the mummified corpses of important Catholic saints. I think this is a bit bizarre to say the least, even though I know that Catholics are not alone in this particular practice. Then again, I won’t even walk over graves in a graveyard so I guess I just like the dead to remain undisturbed and restful.

This is Cardinal Alfredo Ildefonso Schuster who died in 1954 and was beatified in 1996. If you click on the photo above, you can see his gnarled and mummified hands. 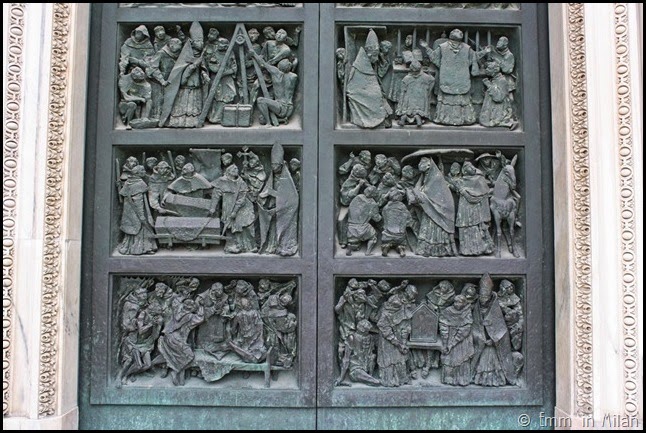 On that note, we decided it was high time for a breath of fresh air! This final photo shows the detailed carvings in the front doors of the cathedral.

We certainly enjoyed our visit to the Milan Duomo and I would recommend going inside. You can pay extra for guided tours and access to the terraces but we thought that there was more than enough to see without taking those extras.