Untitled London: An End Is A Beginning 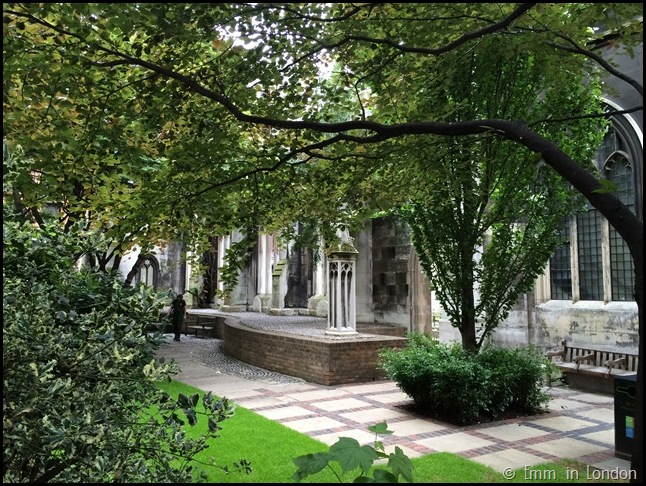 The time has finally arrived. After much anticipation, my days of working in London have come to an end and I’ll no longer be commuting into the City on a daily basis. This is the conclusion of one chapter in my life, of course it is, but it is also a beginning. I’m looking forward to a work/life balance and having the time to fit everything in without burning the candle at both ends.

I’m also looking forward to falling in love with London all over again, to travelling in when I want to and to discovering ever more quirky and hidden places.

To mark my final week in London, I spent some time exploring some of my favourite places around the City and London Bridge area. I’m a little surprised to note that Leadenhall Market and the Monument aren’t included here but each has been featured many times on this blog before. 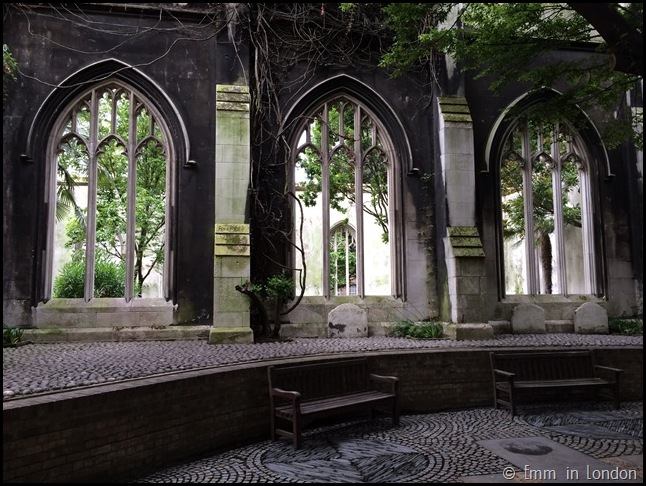 My very favourite place in all of London. For the second time in a month, I arrived at St Dunstan-in-the-East and had to stand on the outside looking in to the bombed out church that survived the Blitz. In the photo above, you can see straight in to the church to where there is now a garden, trees and benches. 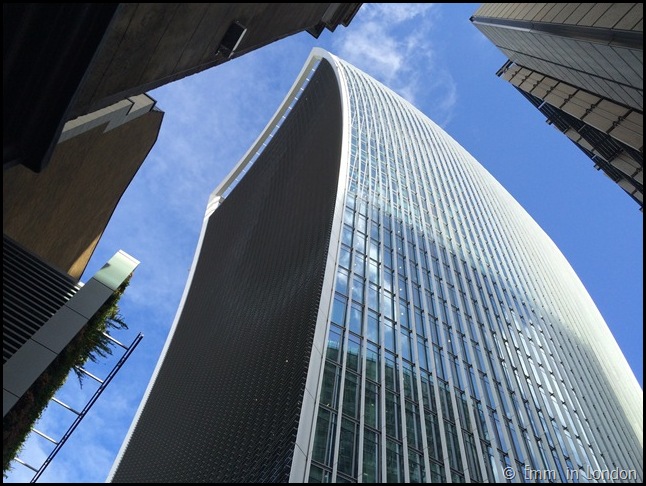 Best known for its Death Rays, Skygarden and domination of the City skyline, I know I’ll return to the Walkie Talkie building someday soon because I still need to get some photos from the Skygarden. 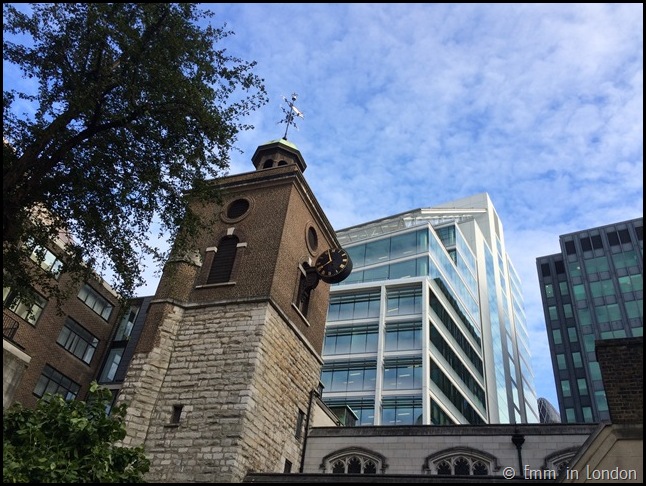 Best known for the row of skulls over the gate (which I featured in London at Dawn), St Olave in Hart Street is a little oasis of calm in the middle of the City. I especially love the church steeple and weathervane which you can spot above. 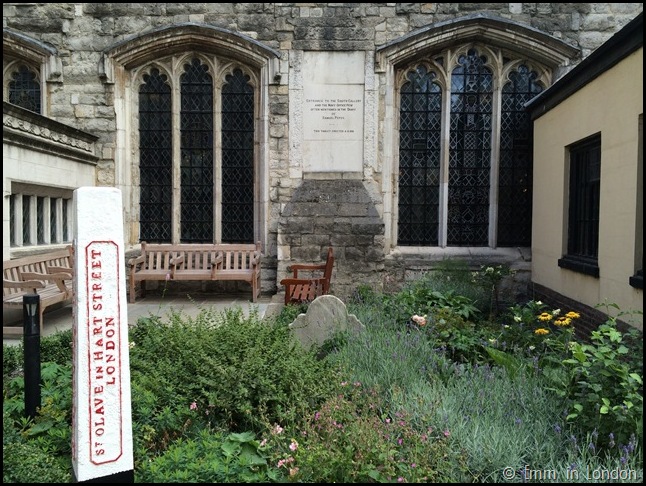 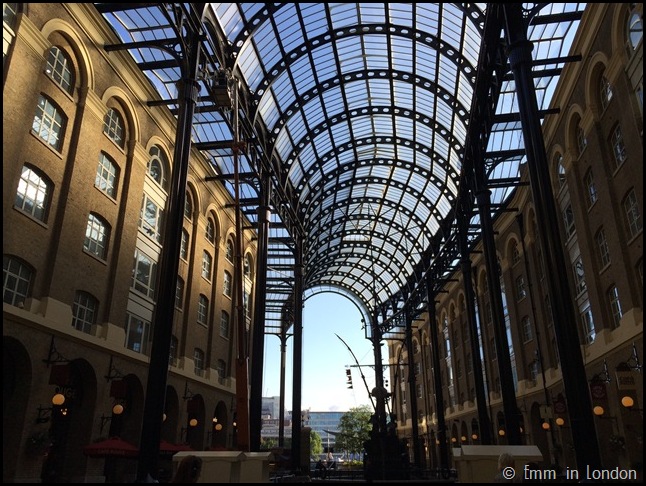 Hay’s Galleria is best known for its stunning Victorian design, the Navigators steampunk sculpture, fantastic restaurants and incredible views of the City. Another place I know I’ll be returning to soon for fun rather than necessity. 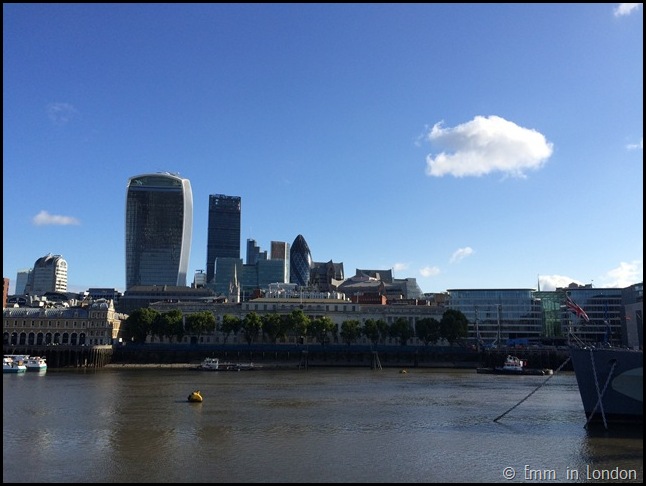 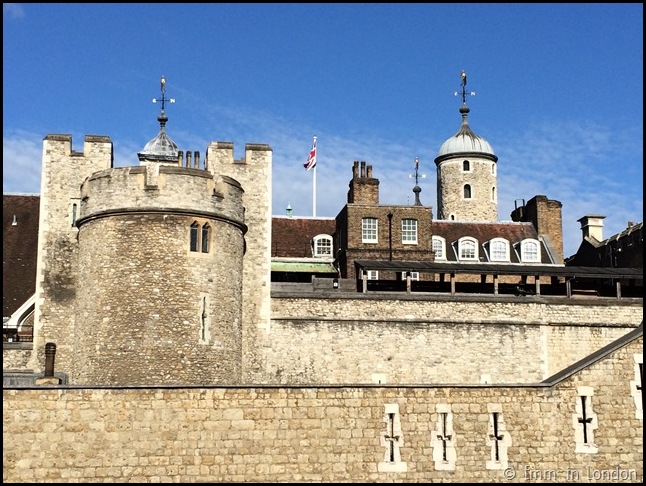 For as long as I live, I know I’ll remember working around the corner from this magnificent castle. I’m looking forward to spending a long, leisurely afternoon here soon and not simply having to rush past it! 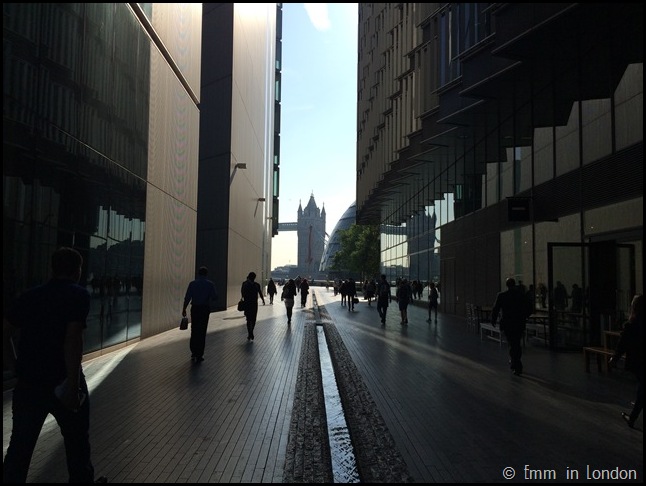 I think discovering this fantastic early morning view is one of the highlights of this year. I'm highly doubtful I’ll be able to see it so early in the morning any time soon but I can live with that! 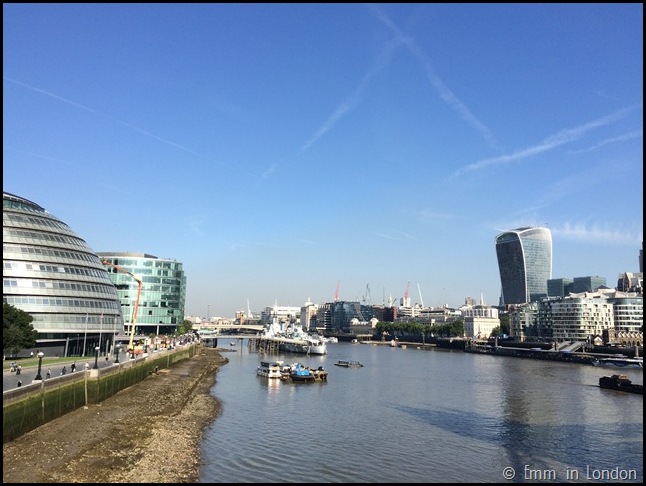 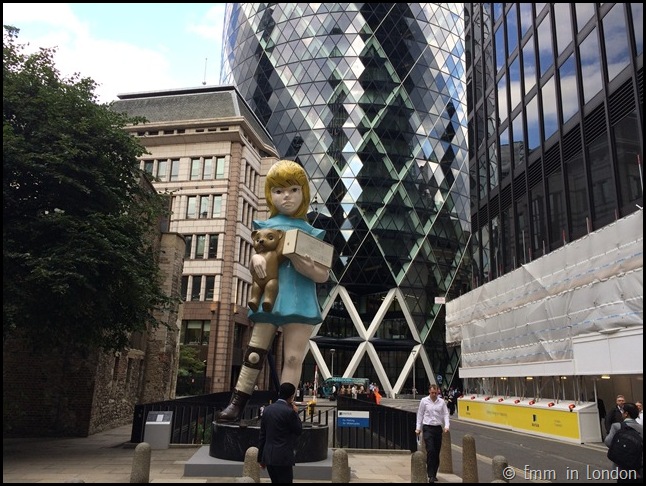 I couldn’t possibly have written this post without including the glorious Gherkin, officially known as 30 St Mary Axe. These days you can find a giant Damien Hirst installation “Charity” here, meant to challenge our perceptions and treatment of disabled people in society. Her money box has been broken into and there are giant, plate-sized pennies scattered around her feet.

That brings an end to working in London but I hope that means that there will be much more playing in London to come. For a start, I’m hoping to indulge in a lot more brunch in the future. Who is keen on meeting up?