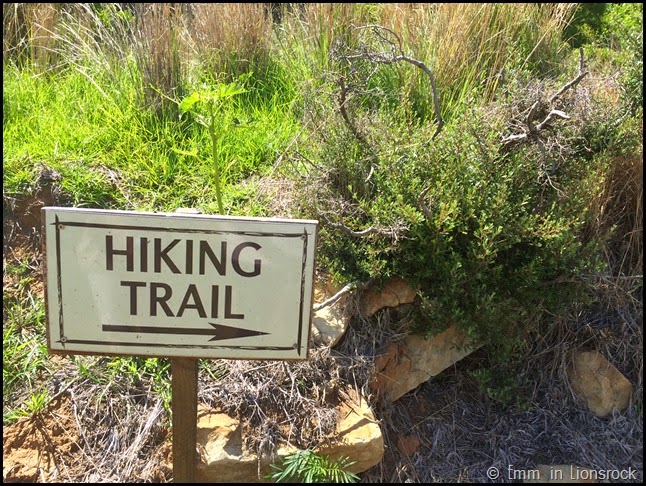 I think it is safe to say that I am a very bad blogger indeed. Emm in London turned seven this month and never before in all those years have I fallen off the radar in such a dramatic fashion. I mentioned in June that I’d been burning the candle at both ends and that something had to give and I’m pleased to announce that we are almost there. I begin a new job in August and will no longer be commuting into London or working quite as much overtime as I worked this year. I am definitely looking forward to reclaiming my life and returning to being a decent blogger and blogging friend.

One of the casualties of my Great Blogging Break was posting about our trip to South Africa in December. We had such an incredible time and I definitely want to tell you about Lionsrock Sanctuary which was a highlight not only of our trip but possibly of my entire life to date.

Lionsrock Sanctuary is a Big Cat sanctuary run by the charity Four Paws International. They exist to provide a sanctuary for big cats from around the world and have conducted several high profile rescues of lions, tigers and other big cats from zoos, circuses and private collections around the world. To fund their work at the sanctuary in Bethlehem in the Free State in South Africa, Lionsrock provide a family friendly lodge featuring self-catering chalets and double rooms.

We discovered Lionsrock quite by accident – I had searched to find accommodation for 11 people in December, South Africa’s peak tourist season and went ahead and booked at Lionsrock based on the excellent reviews alone. I had no idea what an important, incredible place this really is.

Lionsrock is located on acres of beautiful savannah near the Golden Gate National Park and aside from swimming and interacting with the animals, one of the best aspects of the park is their hiking trails. And so it was that we grabbed two grandparents, four parents, an aunt, an uncle and four kids and we took a hike right around the lion enclosures and nearby koppie (small mountain in Afrikaans). 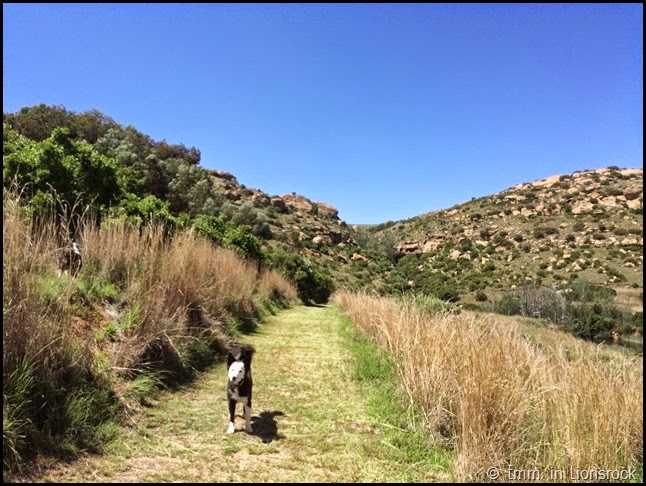 We were guided by Jazz, the very energetic dog that lives at Lionsrock. 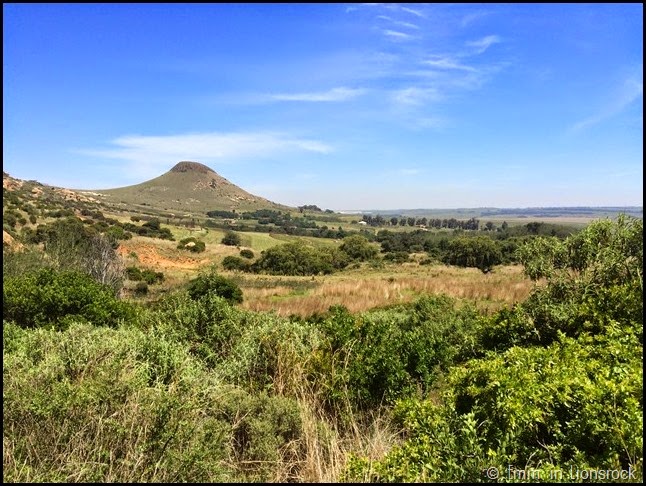 You could see forever from the top of the hills. 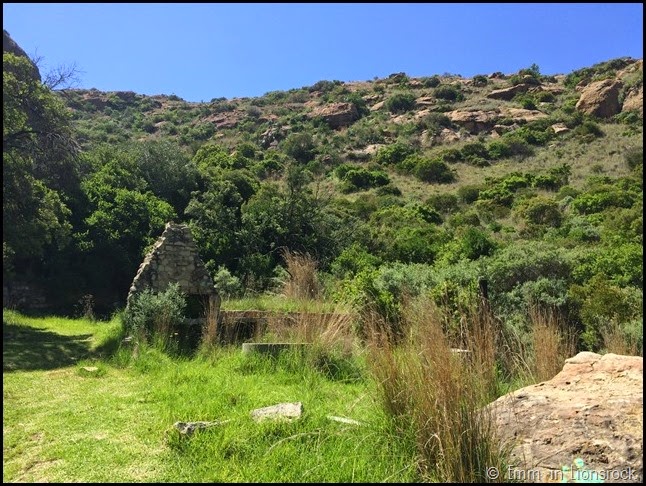 We found the remains of the old farmhouse from when Lionsrock was an old farm. 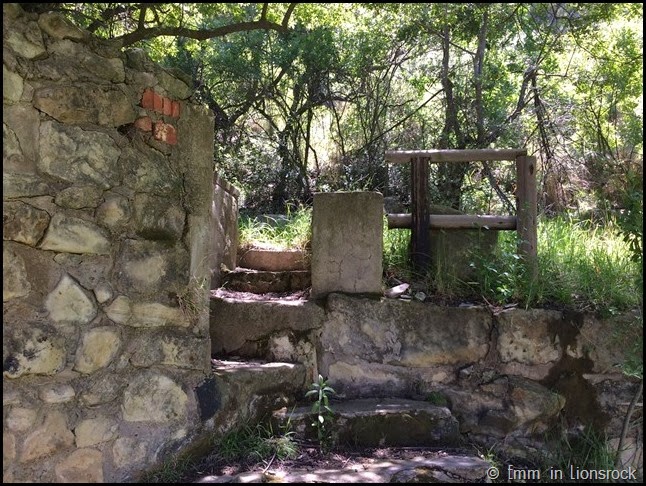 I can never resist a set of stairs and went bounding up these stairs, followed by all four of the kids. 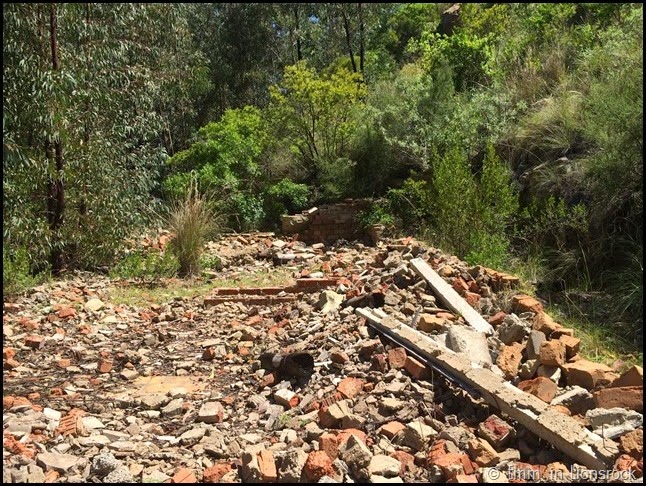 The main section of the farmhouse had obviously been in a fire and their were charred remains to be seen. 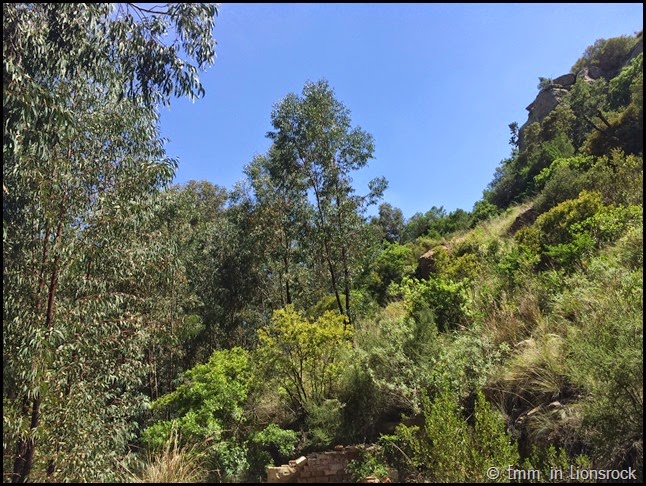 I think this is when I’m at my happiest, outside in nature with the sun shining. 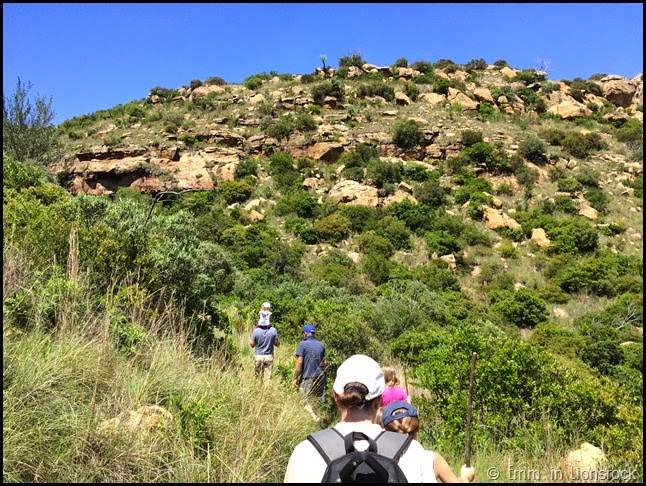 These are some of the people that I love the most. Right i front of me is Sara – we met when we were fifteen and I met Stephen the night of her wedding. 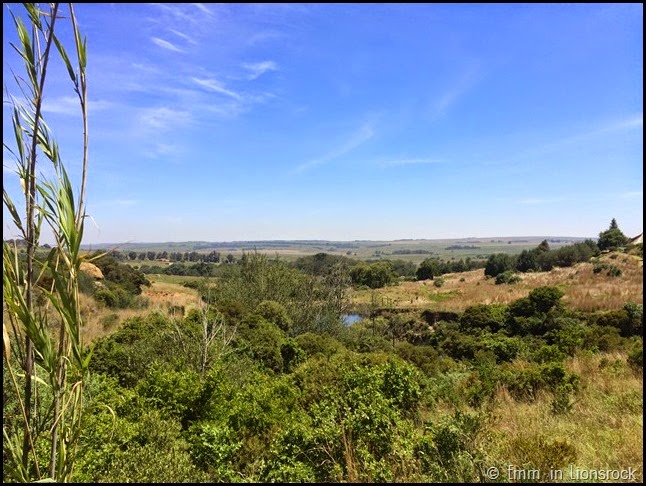 More gratuitous scenery and a peak at the watering hole. 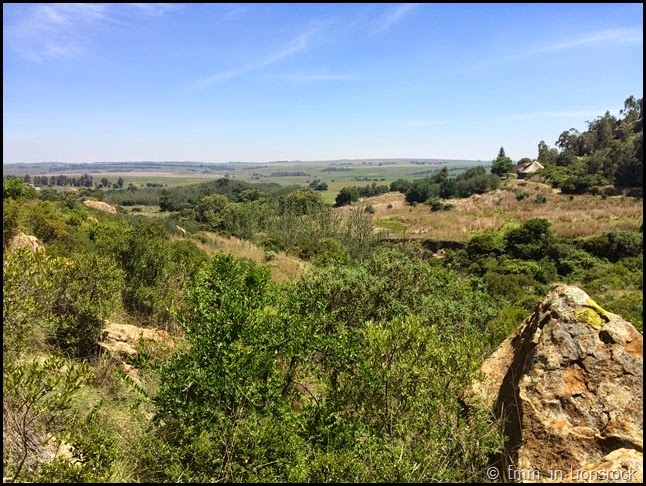 I first fell in love with the rocks and scenery in this area when I was eleven years old and have been coming to this area frequently in the years since. I can clearly remember standing at Golden Gate National Park on a school trip, gazing down onto a scene not unlike this one. Of course, we were in the midst of a great drought in the 1980s and I recall it being much drier and more yellow. 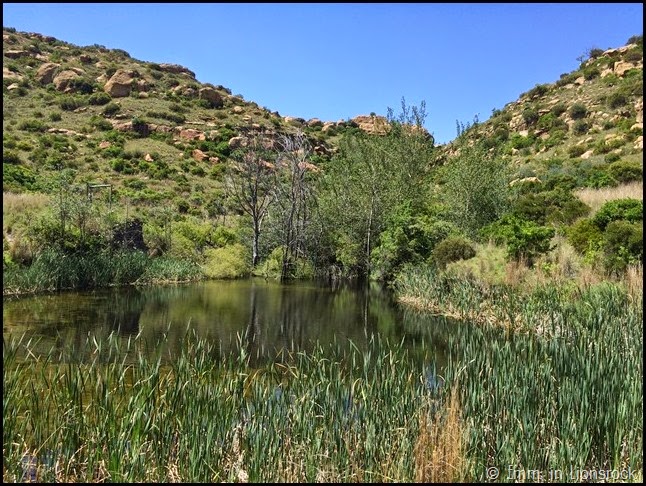 Thankfully drought is not a problem in South Africa at the moment and we were treated to a couple of thunderstorms during our stay at Lionsrock. I love thunderstorms. 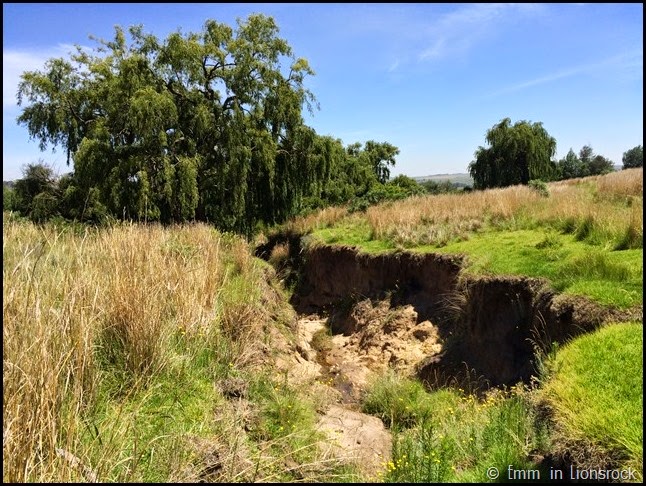 As you round the last section of the hike, you look down onto the lion and big cat enclosures. I’d like to think that the cats are happier here after their lives in cages and concrete enclosures but the painful truth is that cats in zoos and circuses are not fed the right foods and are deliberately underfed to stop them growing to their full potential so they often have health problems for the rest of their lives. Nevertheless, Lionsrock Sanctuary and Four Paws are doing fantastic work and recently rescued two lion cubs from a refugee camp in Gaza. 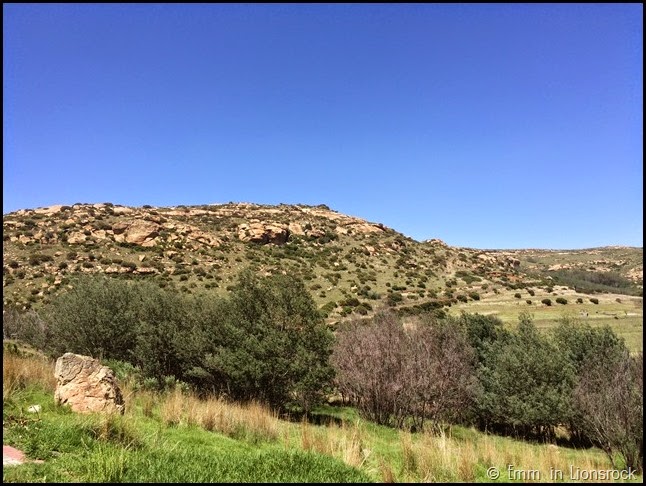 Have you ever been to an animal sanctuary or rescue centre? Tell me all about it!