A Festival of Light: Lumiere London

With all the Christmas lights packed away and the magical shop windows returned to normal, January can be the most dull and grey of months. Until now. Some genius thought it would be a brilliant idea to hold the Lumiere light festival in London this month and suddenly, January is the brightest and prettiest month in the calendar.

Melissa suggested the festival when we suddenly found ourselves with a meet up date but no plans. We met at Tottenham Court Road and wandered through Soho for an excellent meal at Spuntino (highly recommended if you’re ever in the area and like sharing plates). Then we wrapped up very warmly – I was wearing thermal leggings and vest under my jeans and shirt, a thick cardigan, scarf, gloves and parka (which is actually a portable duvet) – and were ready to brave the cold and see the lights! 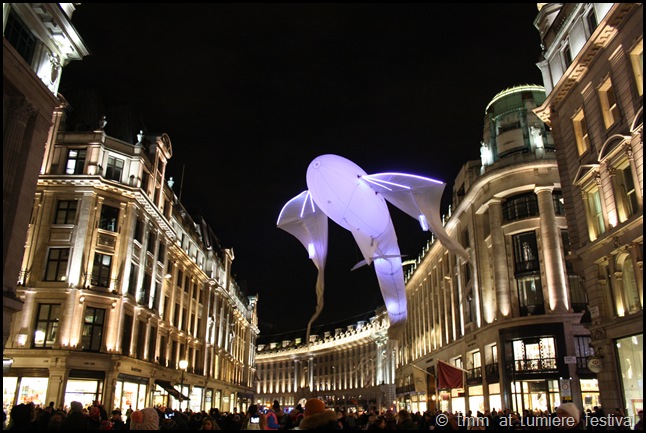 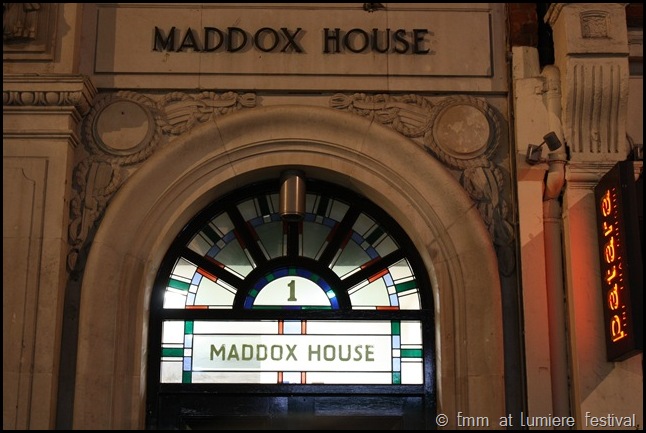 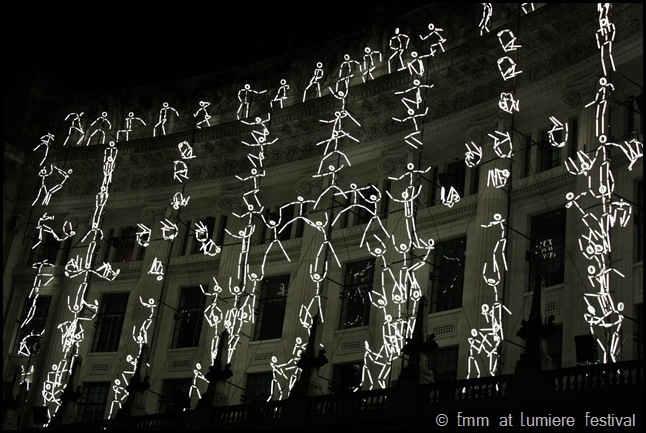 This was such an exciting display. The little figures chased each other around the screen to like Lemmings and countless other platform games from our youth. We saw most of the display and then stayed to watch it all over again. This is the building Desigual is in. 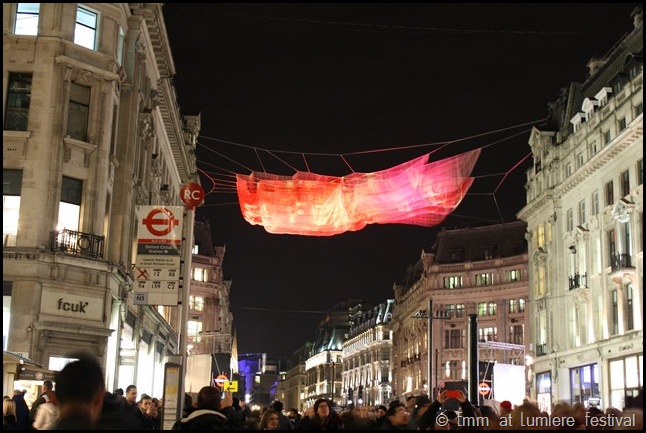 By this time, you might be noticing that there appears to be a lot of people in my photos. You would be right. I haven’t seen crowds like that since South African warehouse raves circa 1996. They will definitely need to implement a one-way pedestrian system around Regent Street and Picadilly if they hold the festival again. Not that we were complaining – those crowds kept us warm. 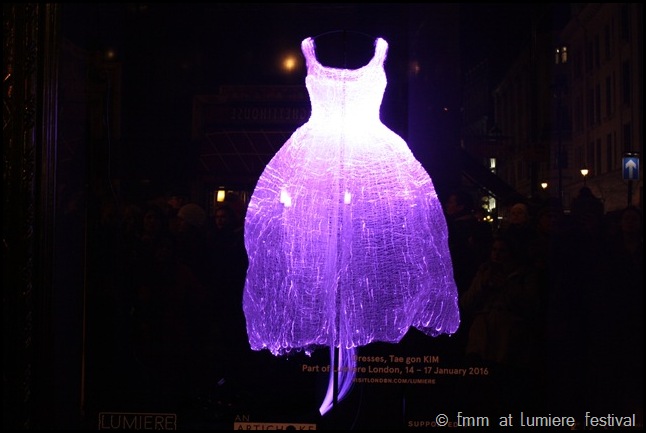 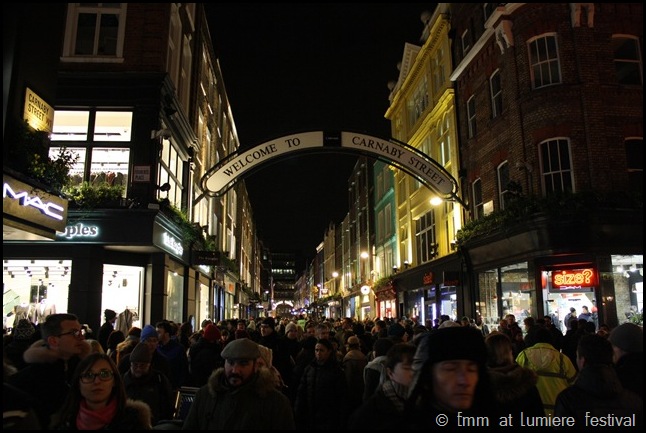 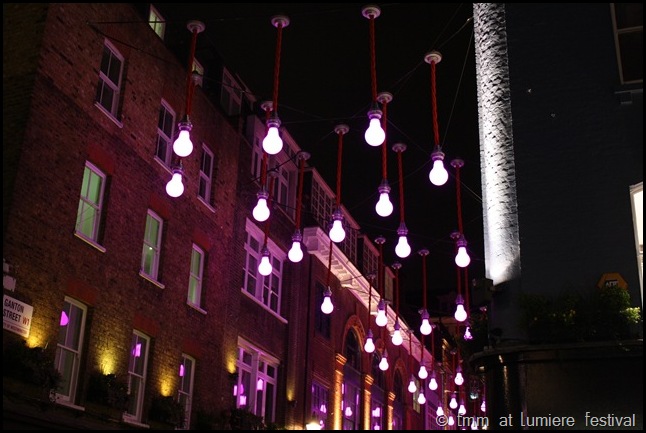 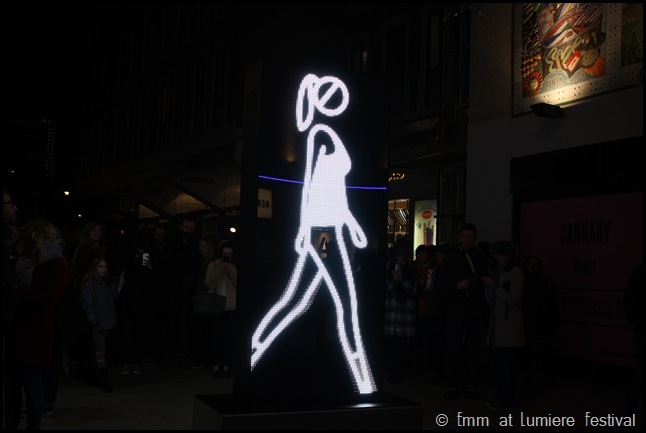 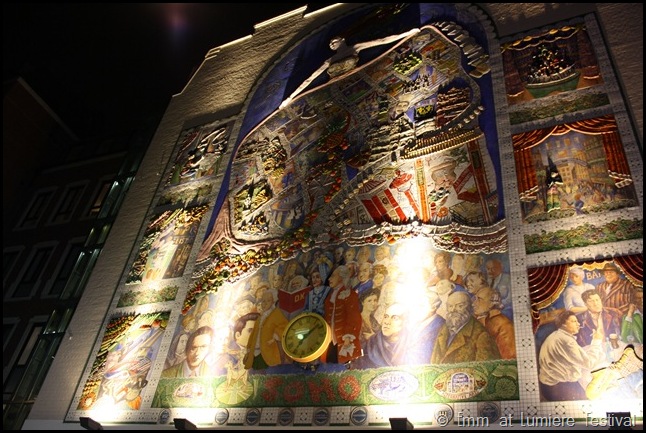 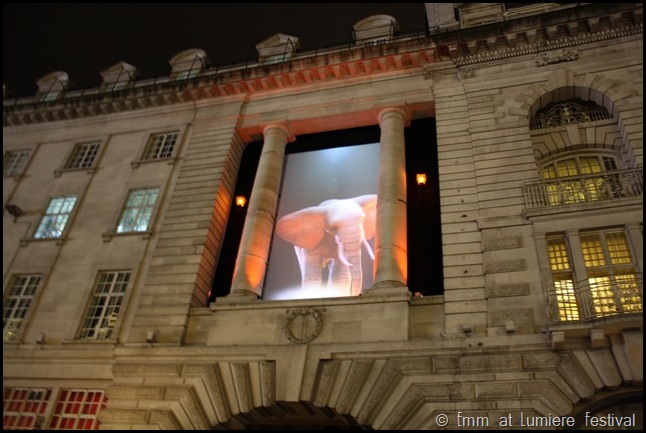 Melissa likes me.  I guessed this because she did not strangle me for insisting that we brave the crowds to get a look at Top’la Design’s Elephantastic. The most interesting thing about the elephant was supposed to be its bum but sadly the crowds were so bad around the arch below it that we could not get through to see the other side of the display. Still, it is a very cute elephant. 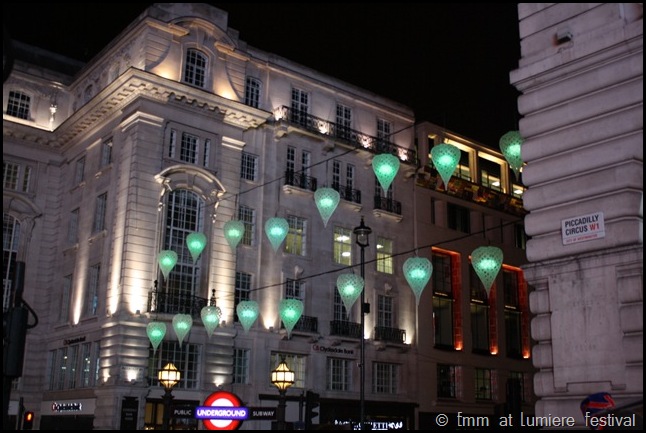 From Piccadilly, we made our way to the Mall but sadly could not locate Pablo Valbuena’s Kinematope, which is a pity because it loooked good. 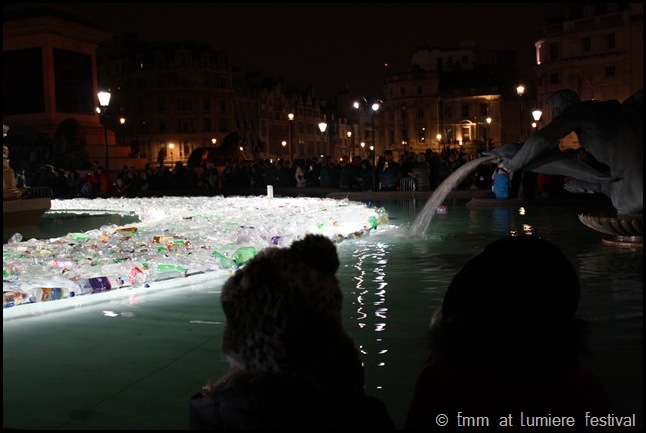 We were a little bit shocked to discover that Plastic Islands was indeed an island of plastic bottles. I like the photo above because the two little girls in the photo were gazing, mesmerised by the display.

I was quite excited to see Hans Haacke’s ‘Gift Horse’, the new statue on the Fourth Plinth. The plinth stood vacant for years but now various statues have taken up a limited time position on the plinth. I much prefer this to Katharina Fritsch’s utterly awful ‘Hahn/Cock’. 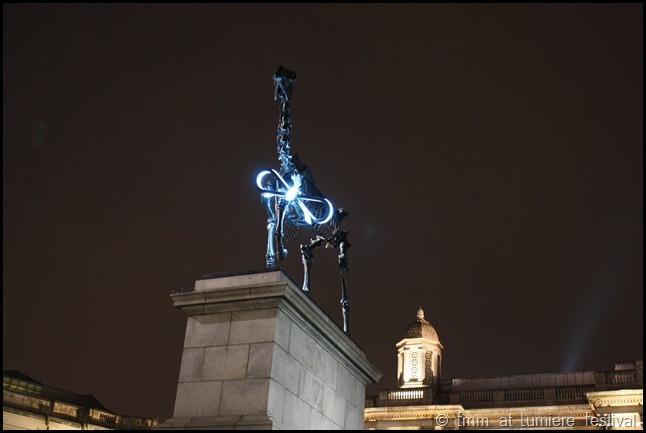 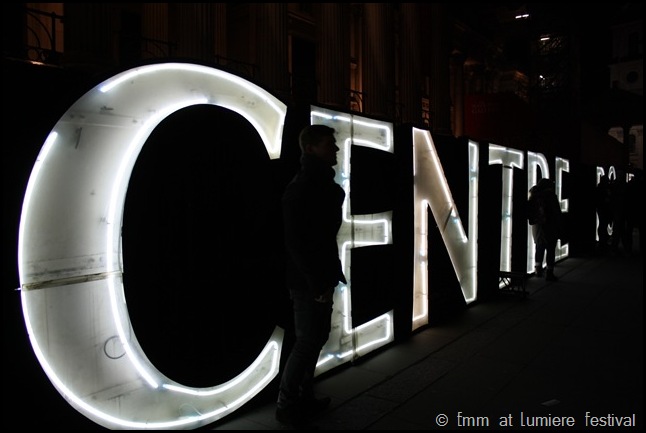 It was quite funny listening to people try to explain to each other why the lights from the iconic Centre Point building in Tottenham Court Road were included in the festival but nevertheless, it was a lot of fun to photograph!

A partial answer is that the building is covered in a wrap at the moment to protect the glass facade from the building works at Tottenham Court Road (both on the Crossrail and Underground station). So I guess they thought it would be nice to bring the lights out of hiding. 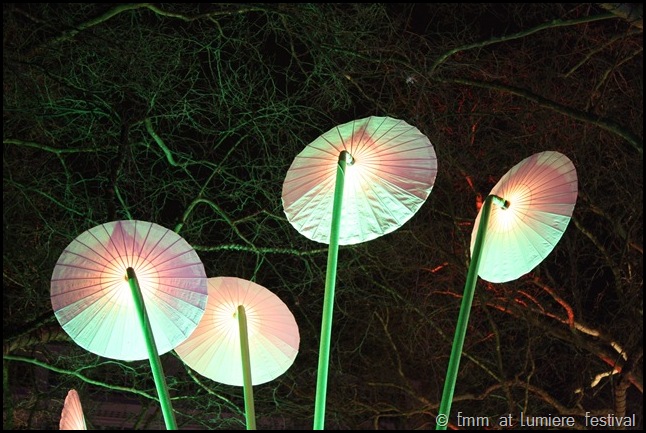 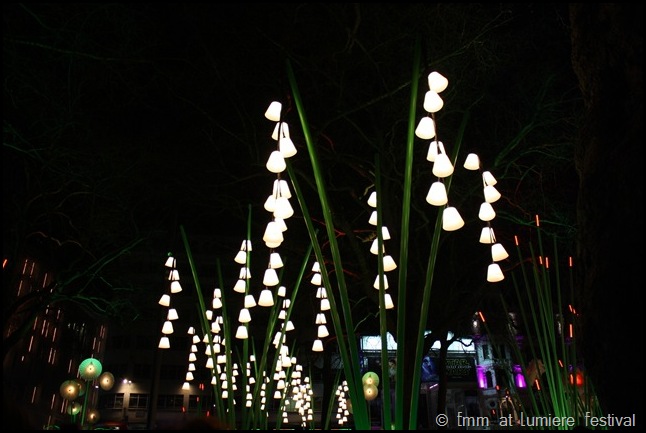 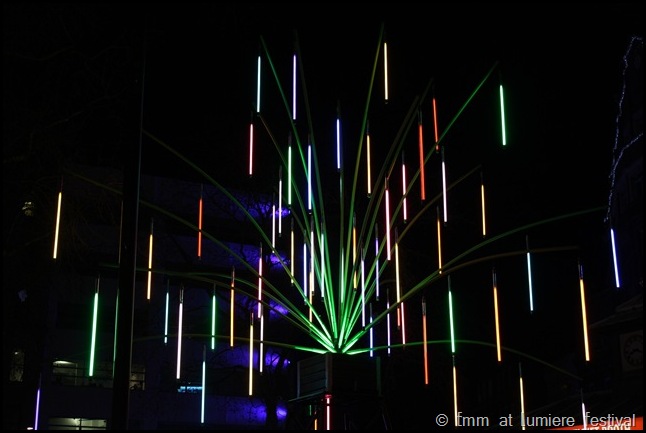 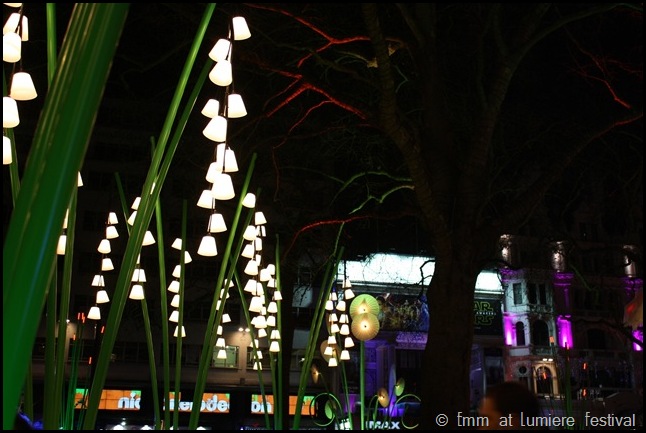 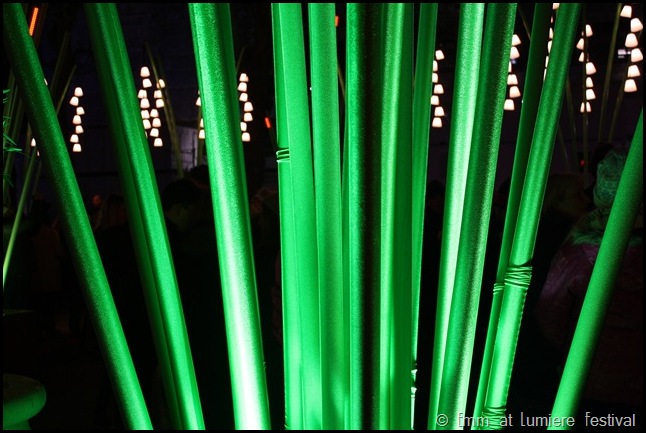 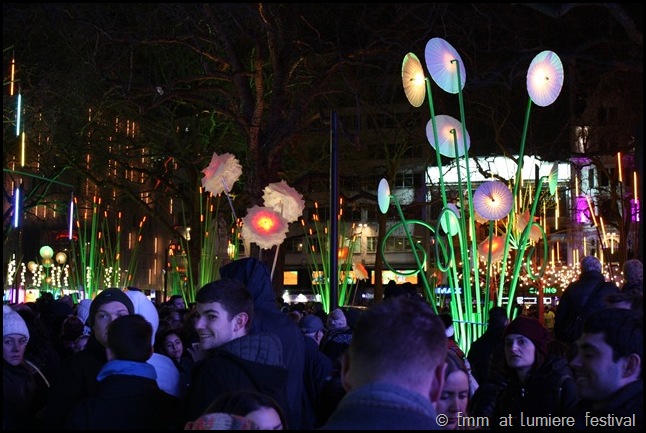 It’s pretty safe to say the the Garden of Light in Leicester Square inspired our imagination the most. It was absolutely amazing, something like the Nevernever in countless fairy tales. I assured Melissa that unlike in some of the books I read, these plants weren’t going to eat us or poison us with their thorns.

We had such a lot of fun at Lumiere and walked 5.6 miles or 9.5km. That is not a lot for us Londoners but my bestie Sarah, who lives in Johannesburg, was pretty impressed when I told her about it!

Have you ever been to a light festival? If so, which would you recommend?