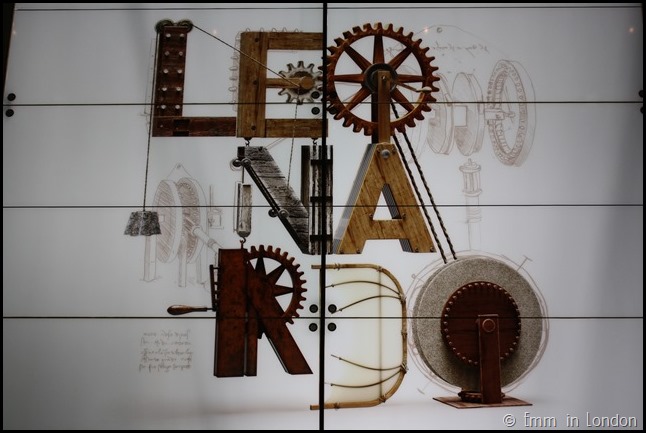 It’s no secret that I love museums and the Science Museum, London is one of my favourite museums in the world. I’ve lost count how many times I’ve visited the museum but each time I visit I discover new and exciting treasures of science and technology. Most recently, I went to see the Leonardo da Vinci: The Mechanics of Genius exhibition which is on until 4 September 2016.

My verdict? Go see it.

Leonardo da Vinci is most famous for his works of art such as the Mona Lisa and the Last Supper but he was also an inventor and scientist. Many of us will be familiar with his drawings of flying machines and anatomy but Leonardo da Vinci developed a radical body of work relating to flight, manufacturing and war too. 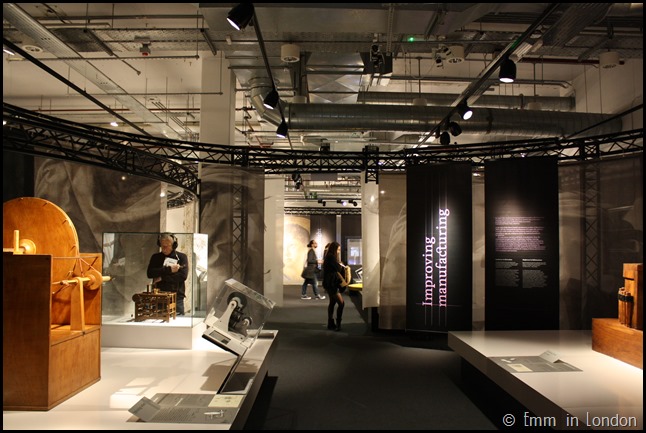 Many of da Vinci’s ideas were merely conceptual but quite incredible when you consider that he did his drawings 400 years before the industrial revolution and the age of flight. In 1952, to mark the 500th anniversary of da Vinci’s birth, 39 stunning three dimensional models of da Vinci work were created, including flying machines, diving apparatus and weapons.

These models are now on display at the Science Museum as part of the Leonardo da Vinci: The Mechanics of Genius exhibition alongside 13 Interactive games and 10 multimedia installations, making this a treat for adults and children alike.

Rather than spoil the exhibition, I’m going to tell you about my highlights and heartily recommend that you visit before the exhibition closes in September. 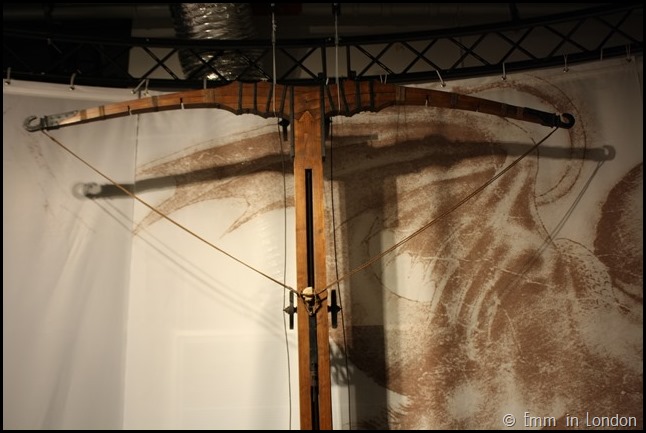 The da Vinci Crossbow was massive and would dwarf a human being. In his drawings, da Vinci imagined the crossbow would be wheeled in and measure 27 yards across! 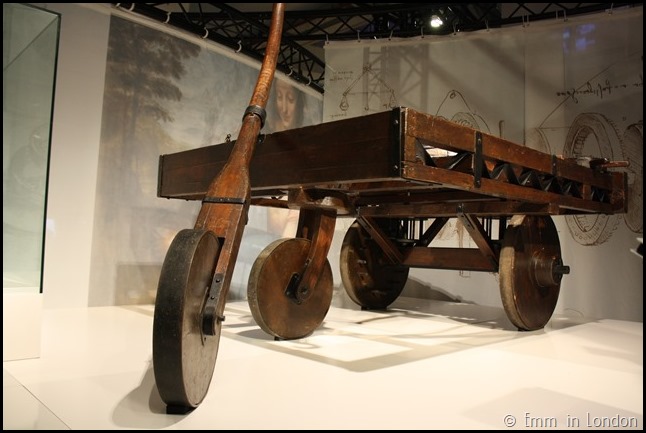 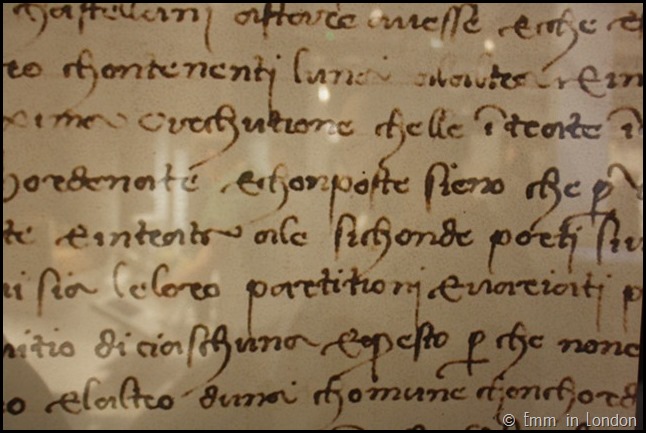 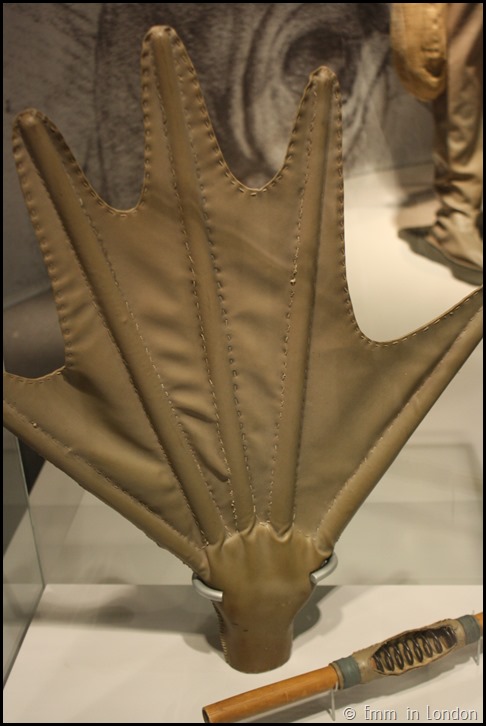 Da Vinci imagined that his webbed glove would be worn from the wrist. I’m not quite certain he ever tried this one out – from my experience of swimming with clothes on, I’m pretty sure that would have been difficult to achieve. 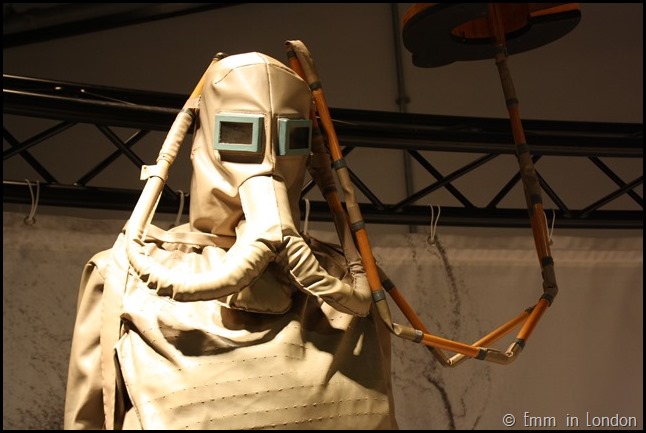 This is da Vinci’s underwater breathing apparatus which he designed to caulk hulls without the need to move the vessels on to the bank. One of the tubes would have been used to supply fresh air to the diver and the other would have removed the exhaled air. 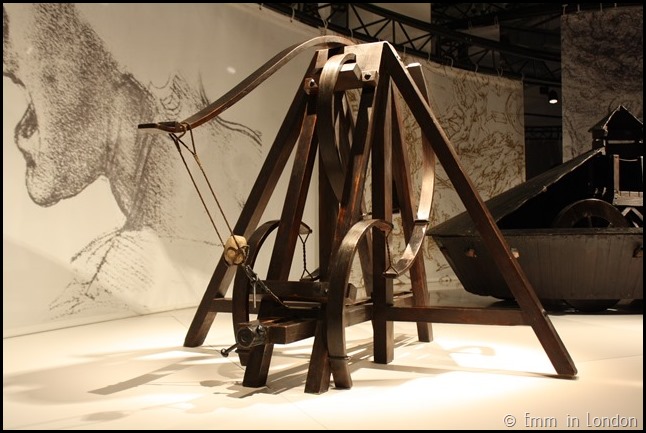 Above you can see da Vinci’s spring catapult and a section of his armoured vehicle. The catapult is clearly inspired by a trebuchet but the armoured vehicle is astounding and a clear forerunner for tanks and other armoured vehicles. Eight men would have been needed to operate the tank through a series of gears attached to four wheels which isn’t entirely unlike the motion of modern day tanks. 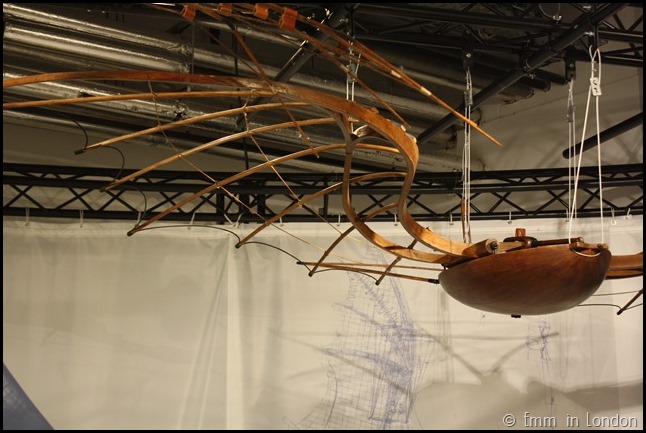 Naturally, it was the section on flying machines that most captured my interest and imagination. Don’t let my photos deceive you – the area was very popular amongst my fellow attendees too but somehow I managed to give the impression that I was the only person there.

Above you can see da Vinci’s flying vessel and below, his flying machine with beating wings. Based on his observation of birds, the machine used a series of springs to intimate the movement of their wings and the mechanism was based in part on his work on the crossbow. 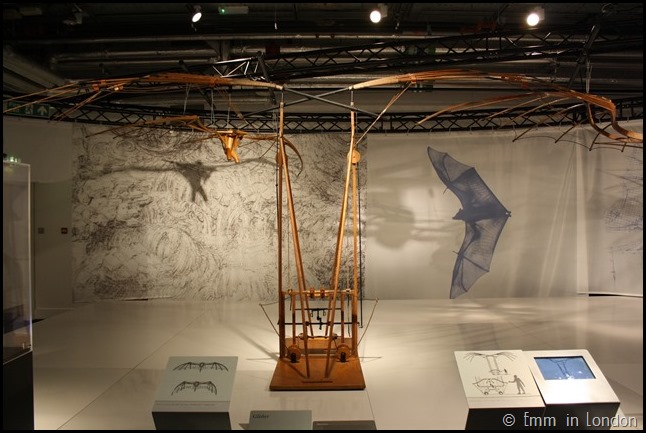 Da Vinci designed a parachute too but it was the aerial screw that was most unique. Based on his observations of maple, elm or ash seeds, da Vinci designed a device that would cover considerable distances by twisting in the air. 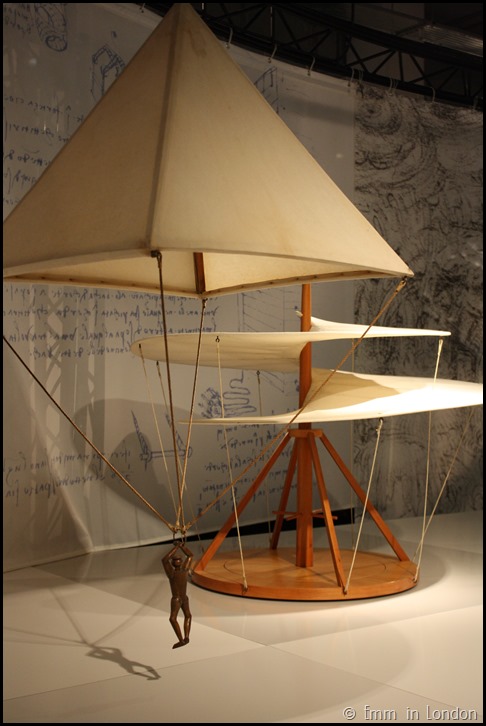 Da Vinci’s focus on nature often came to the fore in his architectural drawings too, for example in this design of a church with a budding structure. If you looked at the model from above, it looked just like a daisy. 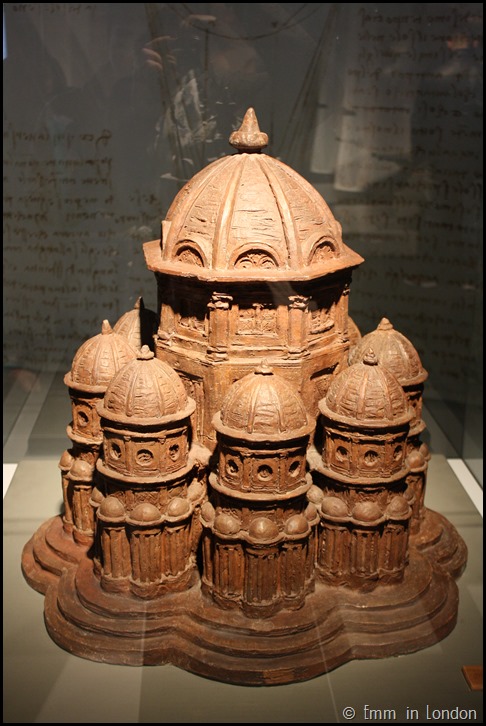 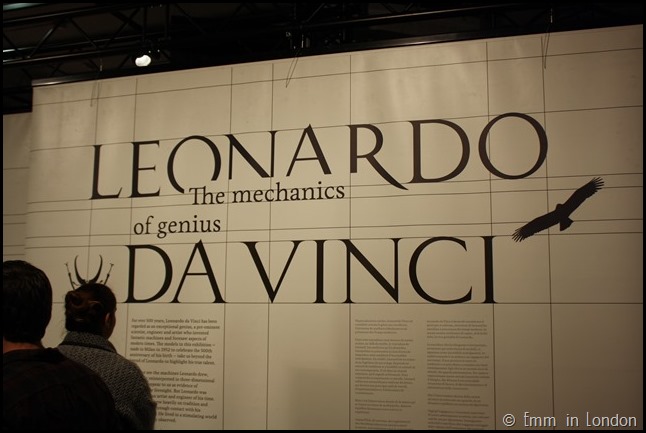 I'd like to thank the Science Museum for inviting me to the exhibition and for never failing to impress with their exhibitions.

You might have noticed that things are looking a little different around here at Emm in London. Read all about the new design in Blog Has Got a Brand New Look (warning: post may end up with you dancing around the kitchen to cheesy 90s dance music).