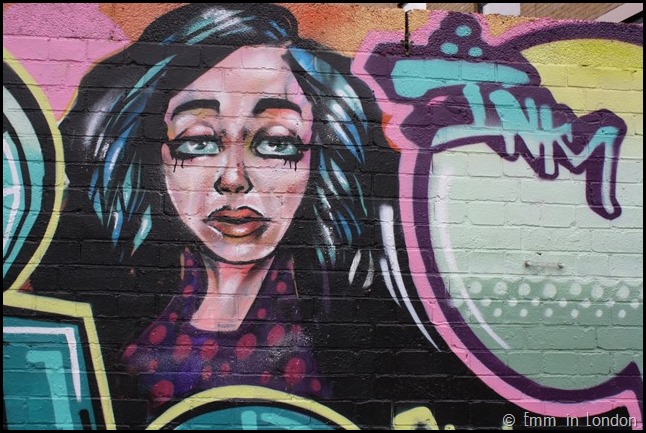 Life in London rushes by with the skyline changing on a daily basis but nowhere is that change as rapid as in the East End. At the western edge of Tower Hamlets, an area known for its socio-economic difficulties and generations of immigrants, the City’s relentless development overshadows an area that is changing in its own way too.

The first time I went on an Alternative London Tour was five years ago and I cannot believe how much the area has changed. The streets are different with new restaurants and trendy boutique stores opening but a completely new layer of street art exists today. Looking back on my photos from that day, I recognised only three pieces of art that exist to this day. 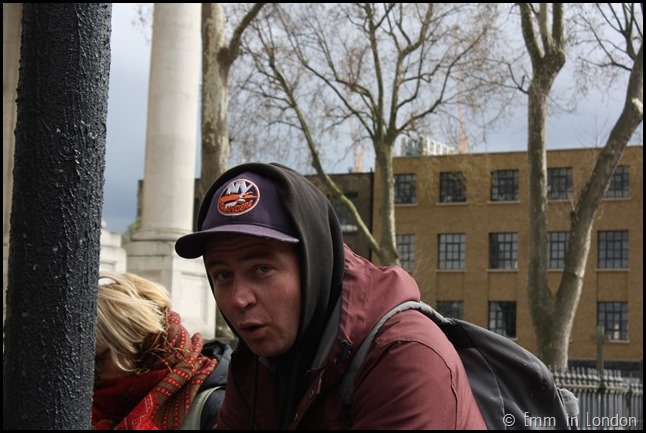 Earlier this month, Stephen, Sarah and I signed up for an Alternative London Tour with tour guide Keir and we had a fantastic time. To show you just how much new street art there is, I’ll share 13 new pieces along with 3 that have featured on this blog before. 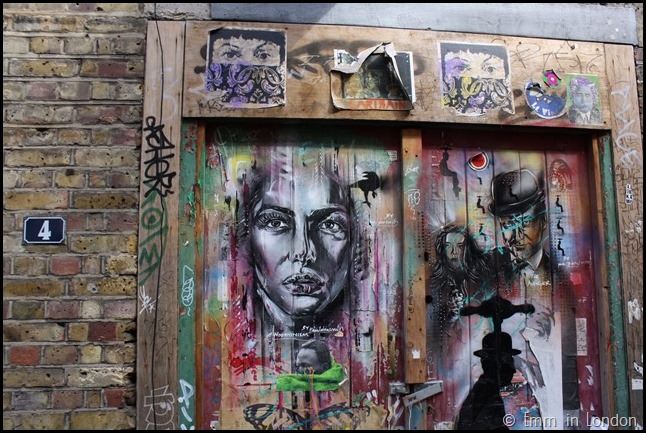 A portrait of Nooshinism by Paul Don Smith, located on Wilkes Street. 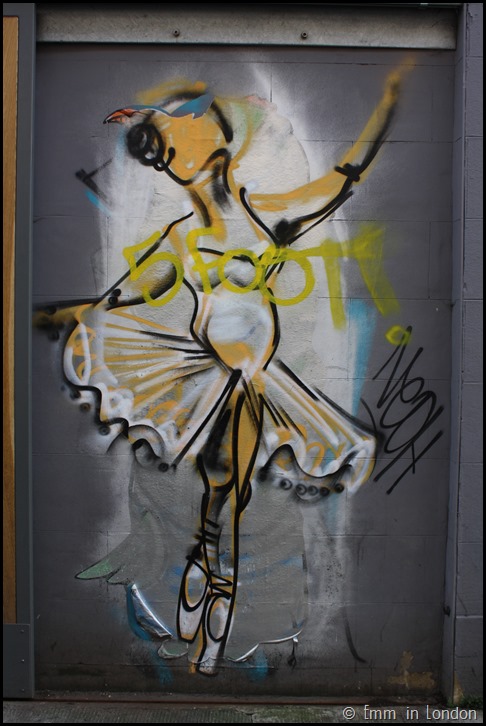 Ballerina by Neoh, painted over by a very naughty young tagger called 5 Foot. 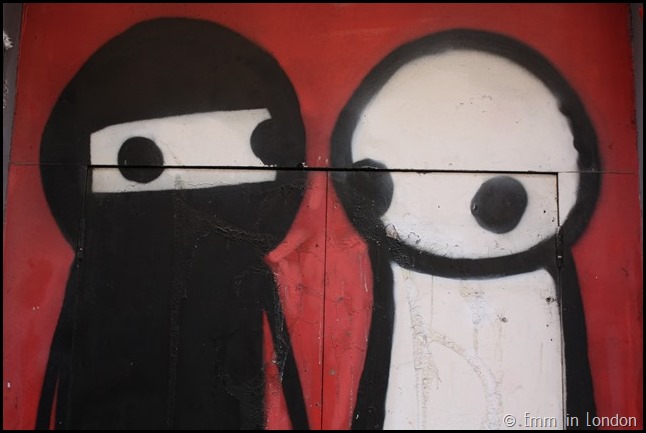 One of my favourite pieces by Stik, which I previously featured in Stick figures, Aliens and Wild Creatures in East London. 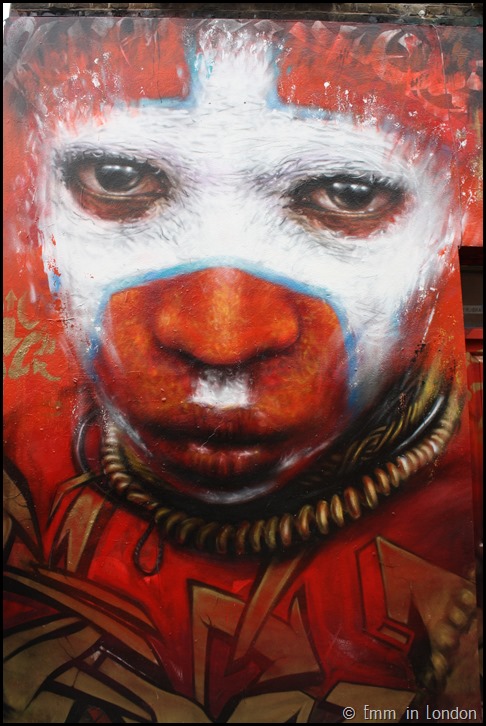 This phenomenal mural by Dale Grimshaw is located on Hanbury Street, just off Brick Lane and was painted in support of the Free West Papua Campaign. This was both Sarah’s and my favourite piece of the tour. 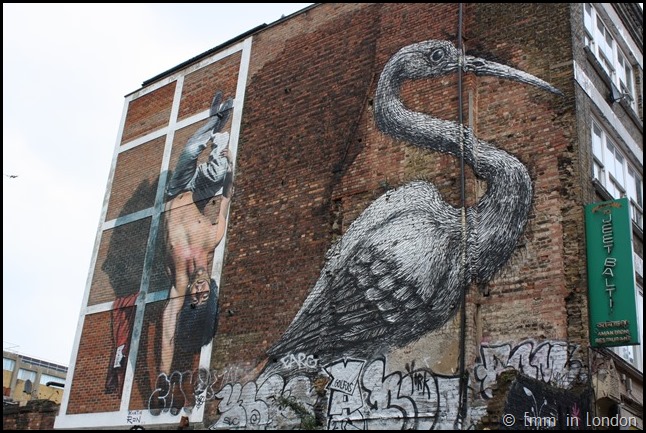 Roa’s Crane has featured on this blog before but the new work by Martin Ron hasn’t. It depicts a man doing a hand stand on one arm and it is pretty impressive. These works were both allowed by the owner of the building. 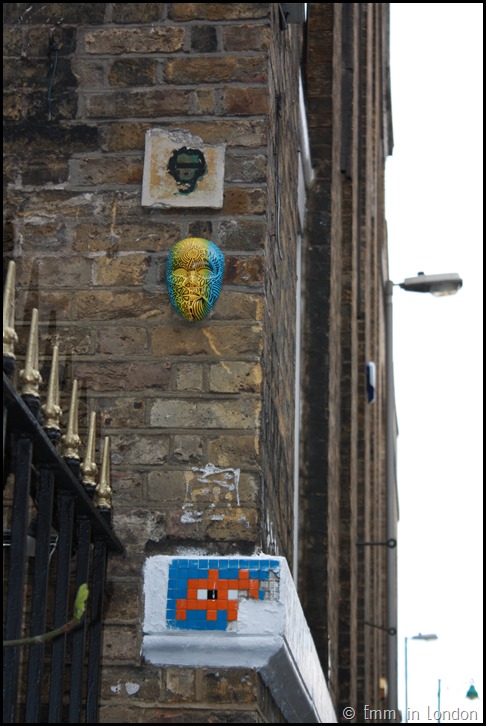 The artist at the bottom of this photo is Space Invader and this is quite an old piece. You’ll see a brand new mosaic by him at the end of the post. 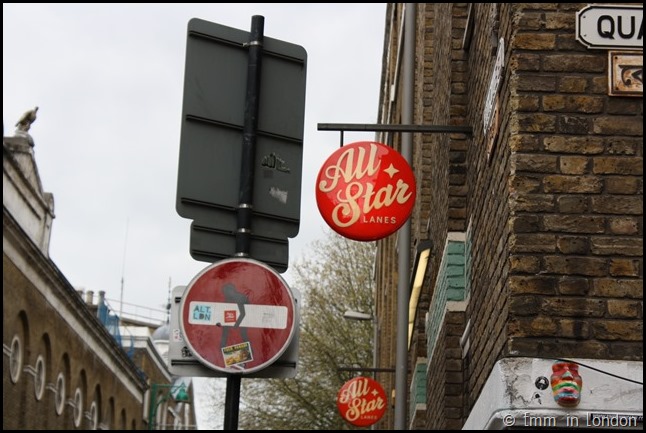 Klet is rising in fame (or notoriety) in urban areas around the world based on his cheeky amendments to street signs. This cheeky addition on the corner of Brick Lane and Quaker Street just happens to promote the Alternative London Tour too! 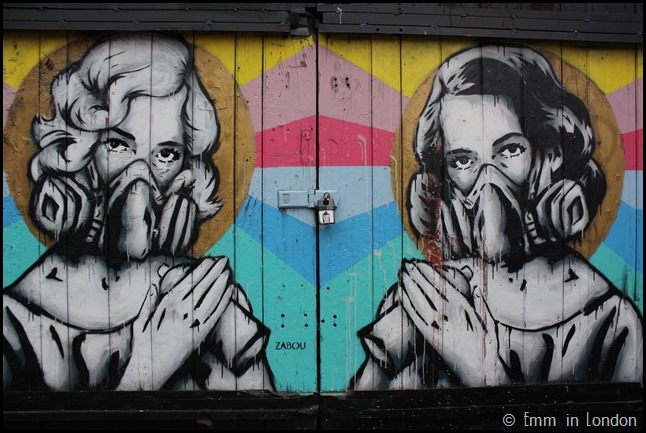 I quite liked this mural by Zabou featuring a pair of spray-paint wielding street art heroines. 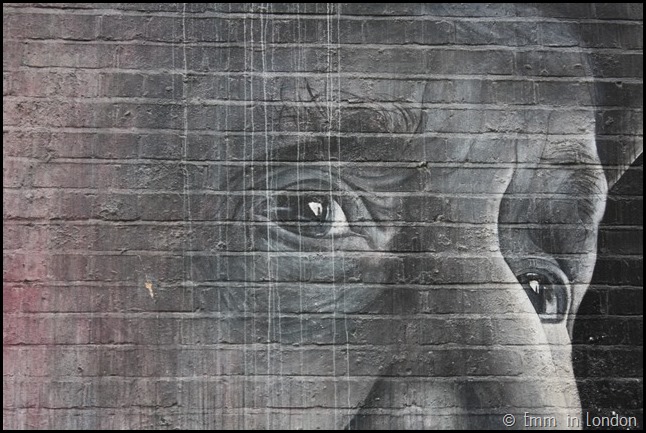 I loved this work by Ben Slow who you might recall because he was the street artist who took us on the last Alternative London Tour I went on in 2012. This piece is a memorial for Charlie Burns who lived on Bacon Street in the East End for his entire life. When he eventually passed away in 2015 at the age of 97, this mural was done outside one of his propoerties. If you look closely, you can see the reflection of Truman Breweries in his eyes. 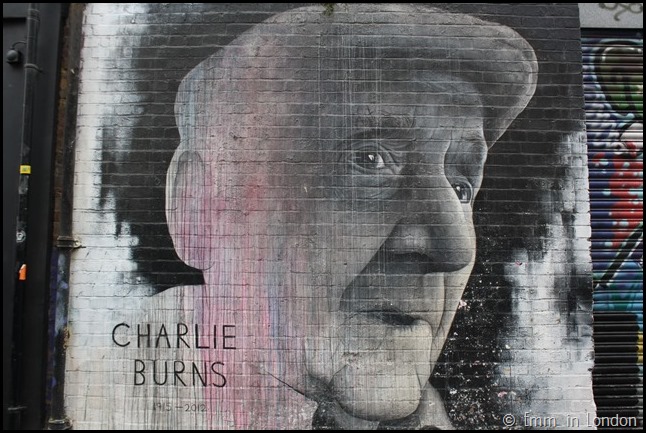 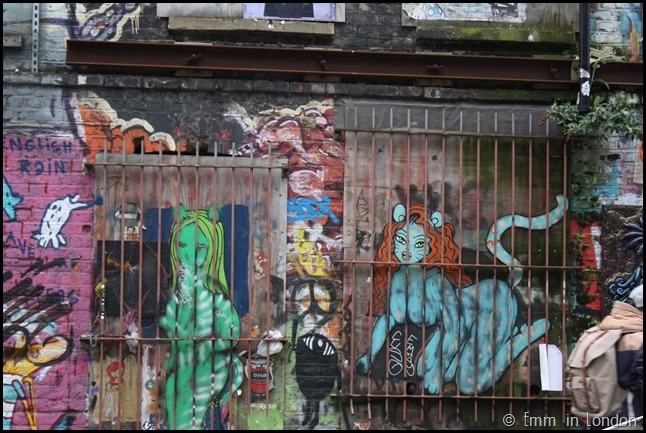 All too soon, we were on the home stretch of the tour. Here is a very interesting piece by a female street artist. I’m almost certain Keir said she was called Sarky & Bitches but I can’t find anything about her online. Nevertheless, the artist encountered this derelict building and went home and created her devil she-cats in the studio before returning, slipping them under the bars and nailing them to the wall. Pretty ingenious. 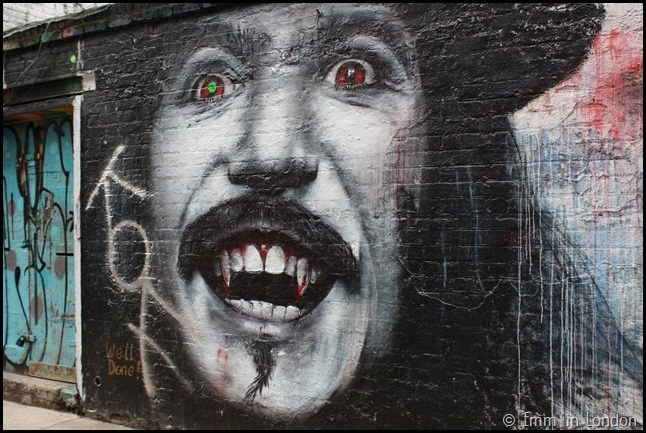 I really liked this lifelike vampire by The Conspiracy. 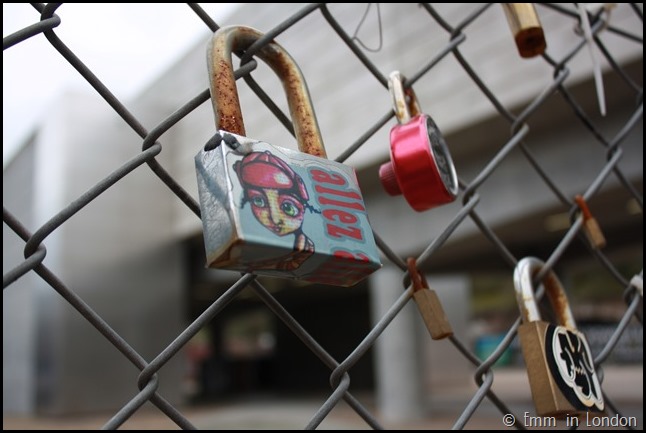 The lovelocks in Shoreditch are like all others but I enjoyed this lock with a tiny piece of street art on it. I’m a tiny bit annoyed because I’m almost certain I know who the artist is but I can’t figure it out. 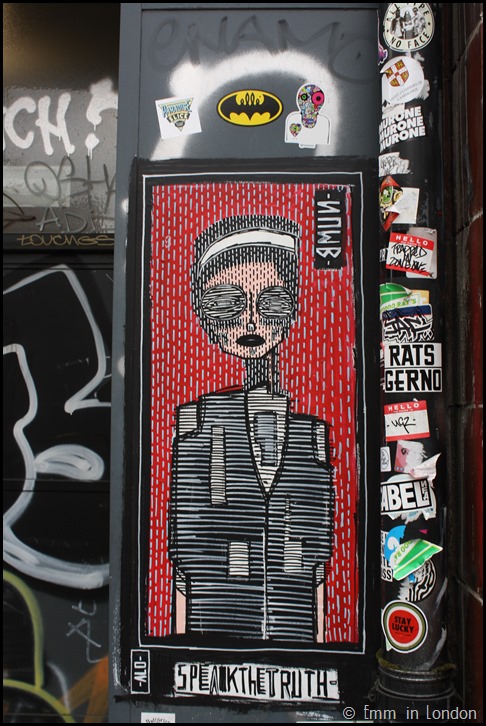 Sarah and I both enjoyed spotting works by this artist Alo and we especially enjoyed this work called “Numb”. 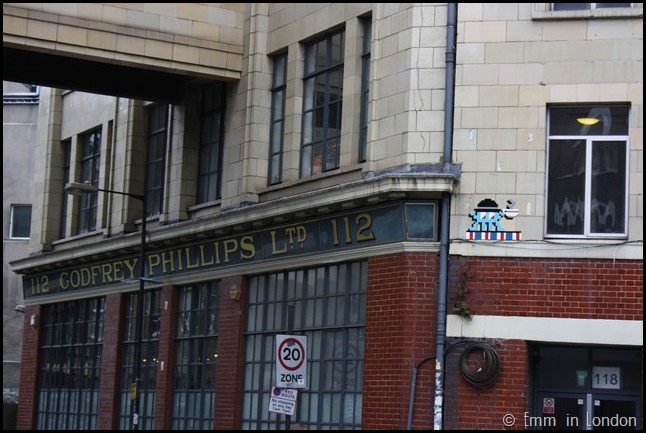 Our final spot of the day was this brand new gentleman invader by Space Invader. It is interesting to see how much his style has changed over the years.

This is the third Alternative London Walking Tour that I’ve joined so needless to say, I enjoy them and I would very much recommend them. The tours are operate on a Pay What You Want basis and you pay however much you thought the tour was worth at the end of the tour. Tours take place from Monday to Saturday and you must book ahead on the Alternative London website to secure a spot. The company also offer East London Bike Tours and Street Art Tour and Graffiti Workshops.

Which was your favourite piece? Have you ever been on a street art tour in another city?