A Spa Weekend at the Radisson Blu Edwardian Guildford

It is generally accepted etiquette that one does not go behind one’s friends’ backs to plot and scheme about them; unless, of course, those plots involve the gift of a spa weekend. So it was that I went out with a friend of mine in December and he confided in me that his wife was in dire need of a girlie weekend. Ever the one to sacrifice for a friend, I immediately volunteered myself as the perfect companion and we began to plot a weekend away.

We chose the Radisson Blu Edwardian in Guildford because my friend had enough loyalty points to book both rooms and the rest was up to us. Let me tell you a bit about our weekend.

I drove down to Guildford from Dartford and arrived at about 9am in the morning. My first impressions were very good – the hotel allowed me to check-in early into my room and directed me to the parking garage where I could safely park without incurring any fines. It possibly sounds a bit silly to mention this but this took place mere days after the notorious £100 parking fine that I incurred on the day of my exam. 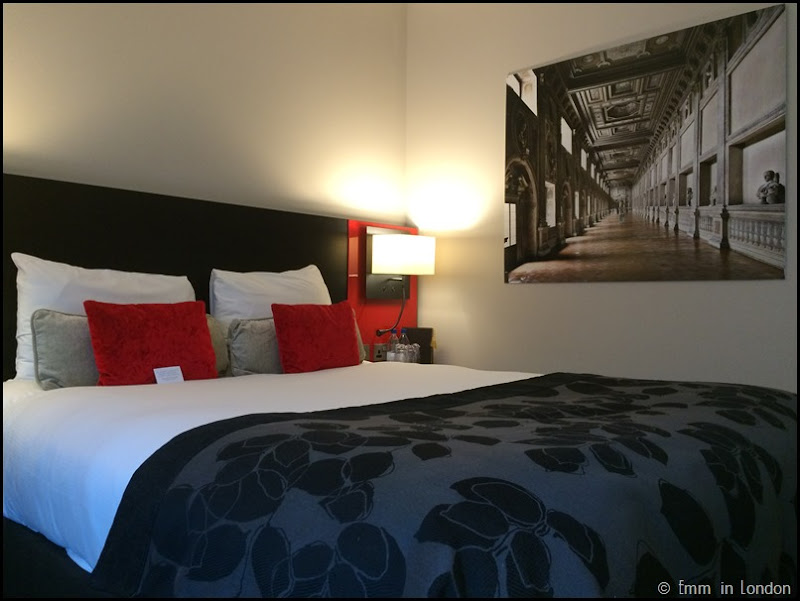 The last time I walked into a hotel room and was this pleasantly surprised was at the Culloden Estate and Spa in Belfast. It is safe to say that I was thrilled. Hotel rooms can tend to be determinedly generic but I really liked the red and black decor and the large bathroom with both a shower and bath. 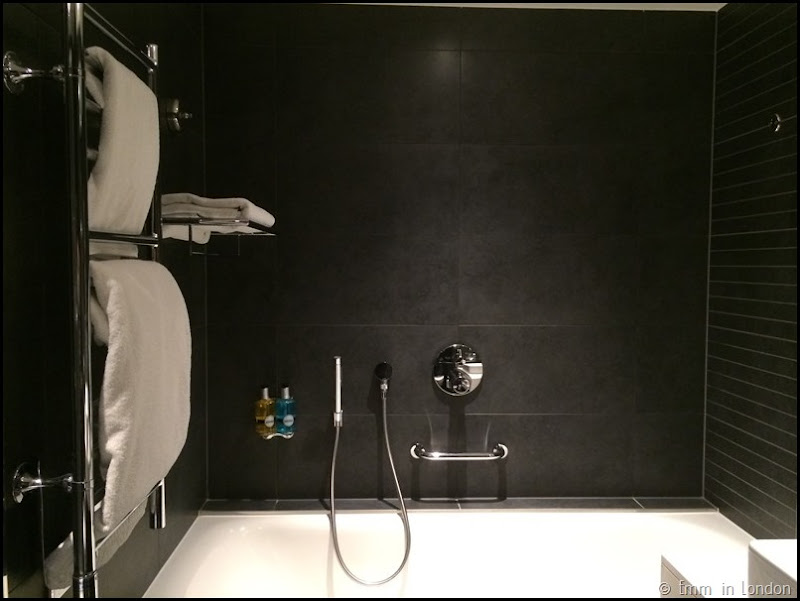 After leaving my bags in the room, I went downstairs where I met my lovely friend Bonny. We were both really excited and headed off to the spa where we received luxury chocolate brown bathrobes, slippers and a key to our locker. We helped ourselves to fruit-infused water and sat by the side of the pool for a short time before it was time for our full body massages. The massages were simply sublime and when we met up again, we were certainly more relaxed and blissed out than when we had arrived. We changed into our costumes and then spent the next couple of hours alternating between the sauna, steam room, pool room and lounger. 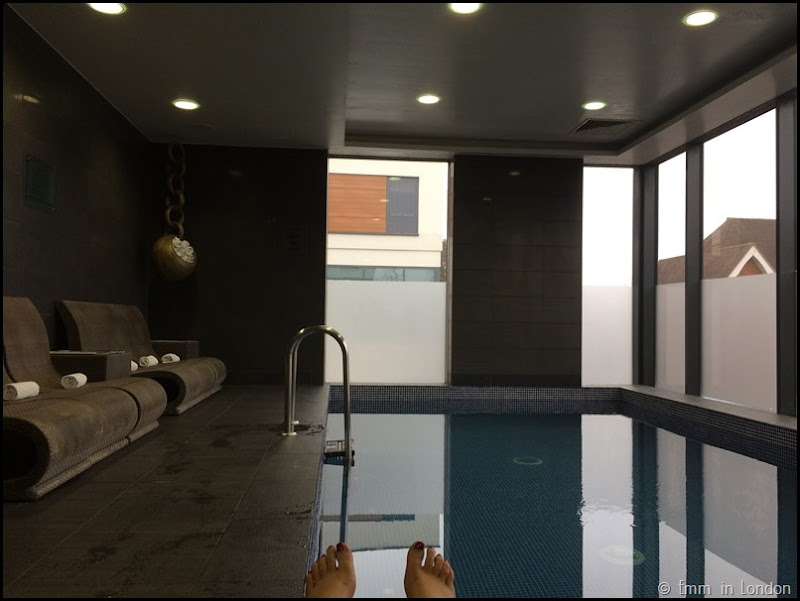 I really liked the setting of the spa. Outside of the windows we could see a rather gloomy, urban scene and it was lovely to be in a warm, peaceful environment. I love going to spas in winter because it gives you the opportunity to be warm, in a bright daylight room while wearing very few clothes. I’m a summer girl at heart and love the freedom of not having to contend with coats and scarves and cardigans.

The Queen of Hearts Afternoon Tea

I wasn’t the only person to make sacrifices on our weekend away. When Bonny heard that the hotel was offering a Queen of Hearts afternoon tea, she graciously agreed that we could attend, given my love of afternoon teas.  What  a good friend. It was a delightful experience and so beautifully presented. I would certainly recommend it. 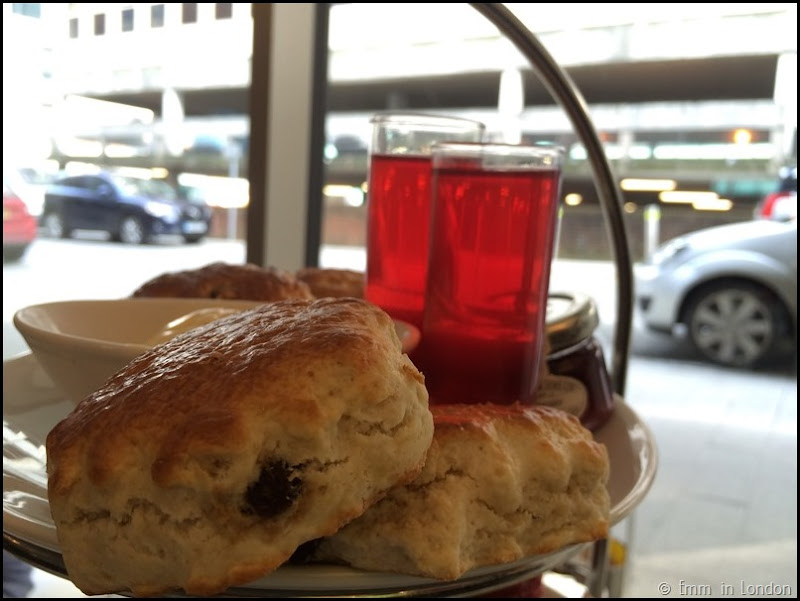 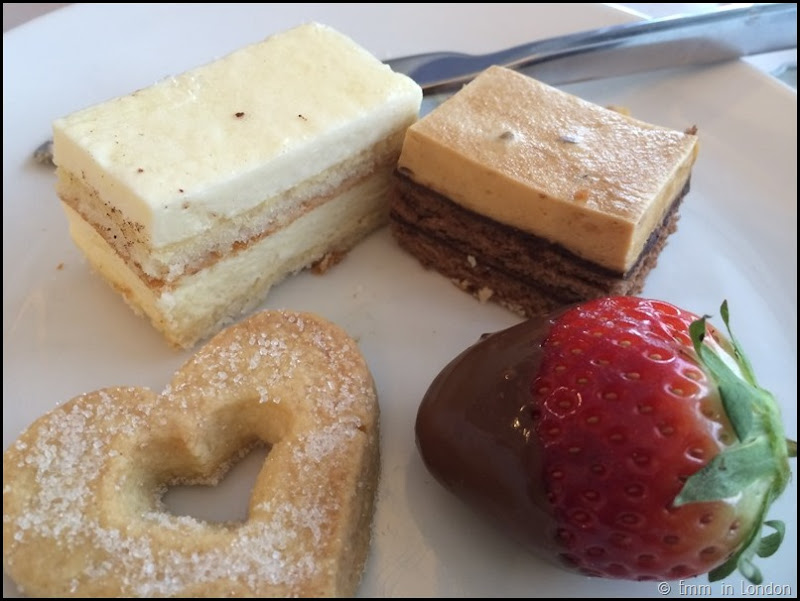 Back to the Room

After a long, hard day at the spa and partaking of cake, we retired to our rooms for a long, hot bubble bath and an afternoon nap. I can’t begin to explain how lovely and relaxing it was.

Dinner at the Steak & Lobster

We decided that we didn’t need to go far for dinner because the restaurant at the hotel was a Steak & Lobster. It turned out to be the most excellent decision we have ever made. Our rib eye steaks were mouth-wateringly superb and the restaurant served the most excellent cocktails either of us had tasted in ages. As you can see, we were having far too good of a time to take photos or consider Instagramming our experience. Then again, what happens on the Wives Weekend Away stays on the Wives Weekend Away, so it is possibly just as well there were no photos.

How do I say this without resorting to hyperbole? How about, the bed at the Radisson Blu Edwardian in Guildford was so comfortable that I rushed home afterwards and bought a new bed. Okay, I might have been in the market for a new bed anyway but now I knew exactly what I wanted. It was completely dreamy and soft and I had the best night’s sleep I’d had in months.

We slept for as long as we could and then went down to the restaurant for breakfast at the last minute. The breakfast was good and we both went back for seconds (and thirds). To finish off a perfect weekend, we then went to the spa for another couple of hours of sauna, steam room, pool and lounger. All to soon it was time to hug goodbye and promise to do it again soon.

From Radisson Blu to Harbour Hotel

Shortly after our visit, the Radisson Blu Edwardian Guildford rebranded as the Guildford Harbour Hotel. At first, I hesitated to post about our weekend away because what was the point? Things might be different now. But we had such a lovely, memorable time and I wanted to remember it and share it with you. We also had such a good experience that I’m definitely interested in going to other Radisson Blu hotels in future. I’d also be interested to know how the planned hotel refurbishment goes. Will the rooms be as lovely or the restaurant so impressive? Whatever the case, I decided to share it in the end.

I feel like I need another weekend away. Who is interested in planning a girls’ spa weekend?