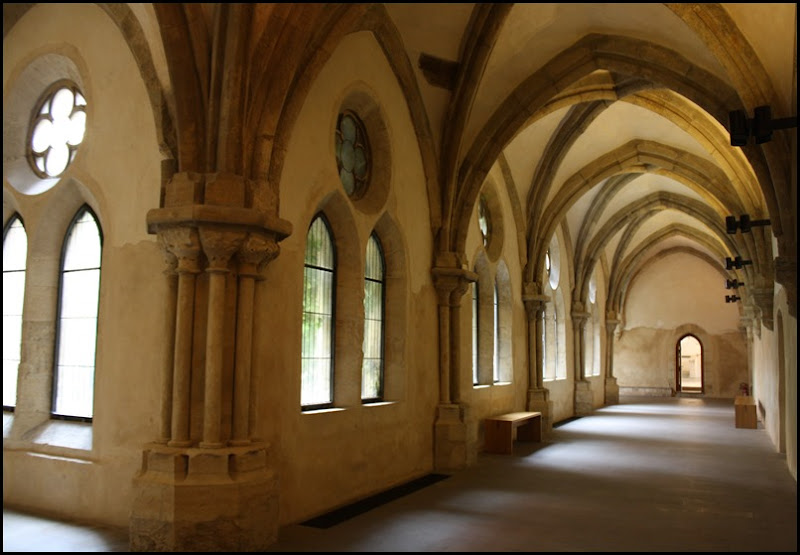 Saint Agnes was the sister of King Wenceslas I and in 1234, she founded a convent of the Poor Clares in what is now the Jewish Quarter of Prague. It might seem unusual to visit a convent when touring the Jewish Quarter of Prague but there are three very good reasons that we did: it was cool inside and provided a welcome respite from the sweltering June heat but it was also a Saturday afternoon and many of the locations in the Jewish were closed. You would think that I would know this, given my Jewish heritage. The most important reason to visit the St Agnes of Bohemia Convent is that it is beautiful.

Built between 1231 and 1234, St Agnes is not only one of the oldest convents in Europe but it is also the oldest example of Gothic architecture in Bohemia, the former name of the Czech Republic. 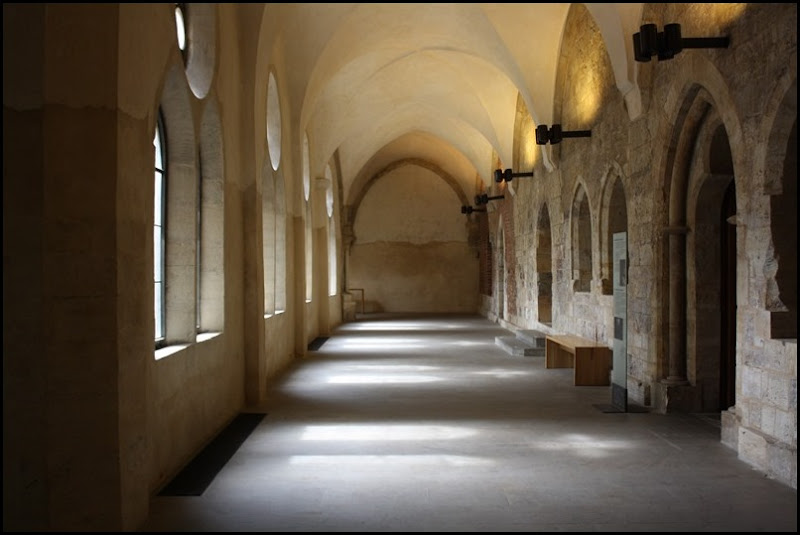 We began our exploration in the cloisters which date back to the 14th century. I was particularly entranced by the Gothic vaulted ceilings and the shadows of the windows throughout the cloister. 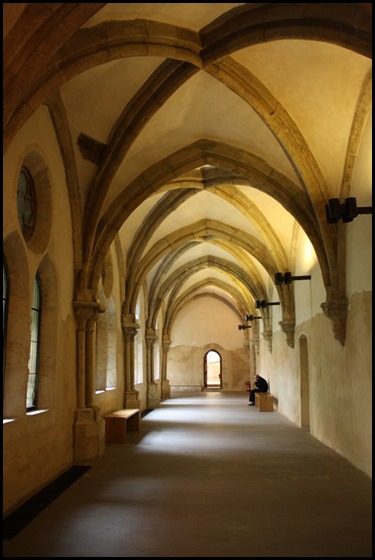 This lone man resting on the bench gives an idea of the scale of the cloisters.

I walked around the cloisters twice, once without taking any photos at all and simply taking in my surroundings. I love Gothic architecture and St Agnes is one of the finest instances I have seen to date. 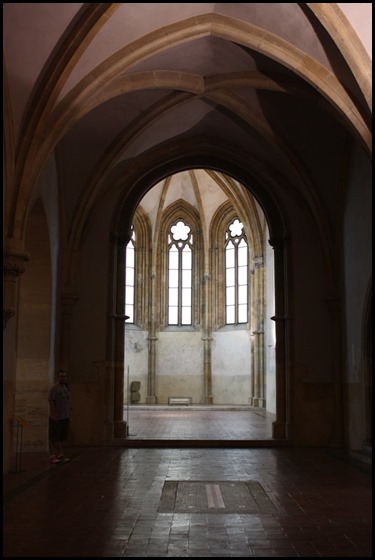 We soon moved on to the Presbytery of the Church of St Francis. This is known as the ‘new’ section of the church, built only in 1261. The church was consecrated during the coronation of the Přemysl king Otakar II and was intended to become the final resting place of the Přemyslid dynasty but Otakar II was buried in St Vitus Cathedral along with his father. 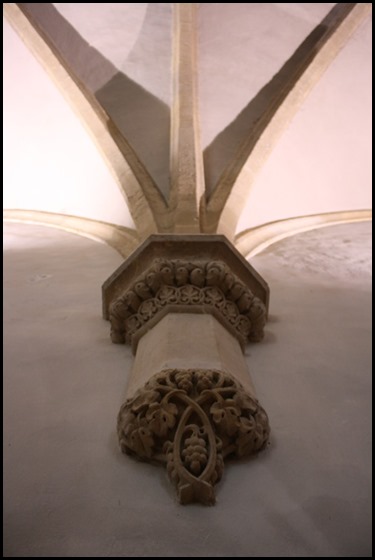 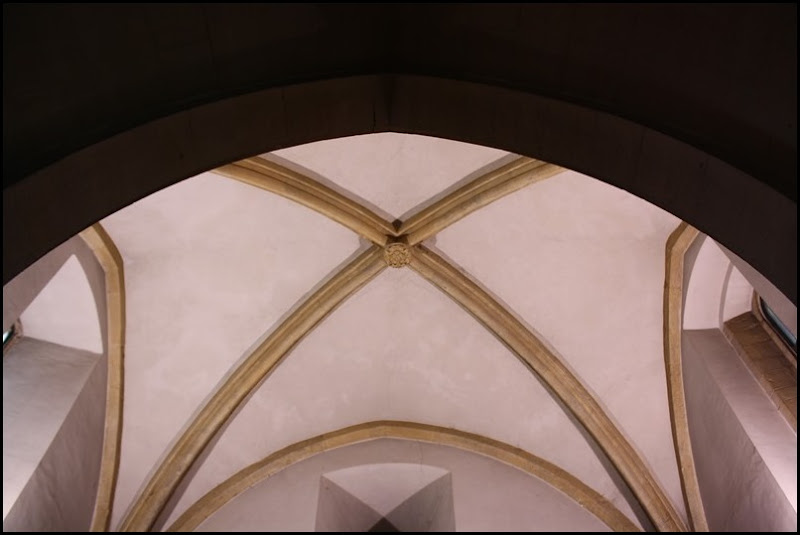 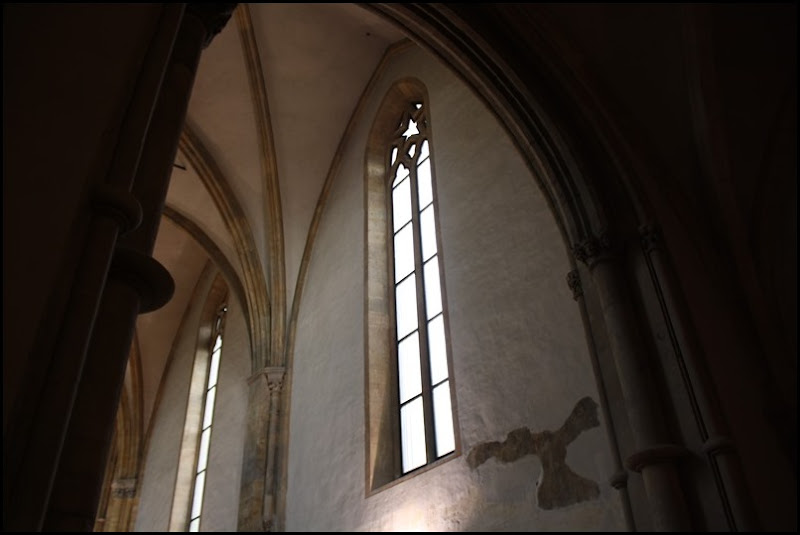 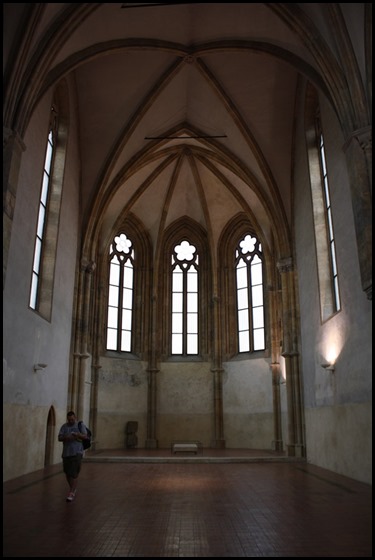 The Church of St Francis is vast and quite breathtaking. You can see that Stephen looks quite tiny in the photo above, giving some idea of its scale. 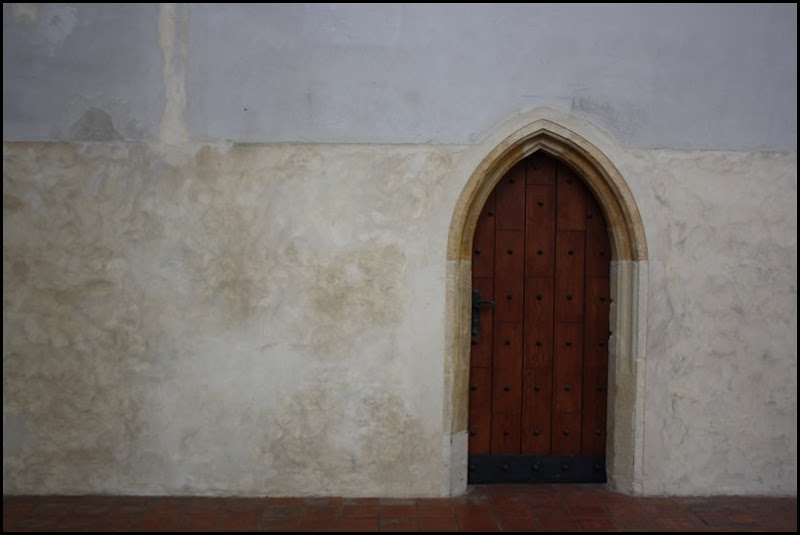 Leading off from the Church of St Francis is the Chapel of the Virgin Mary, another vast and impressive room. Agnes’s private chapel and living quarters were built into the upper floor of this space. 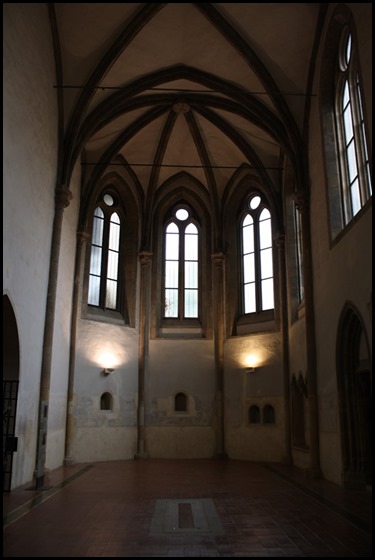 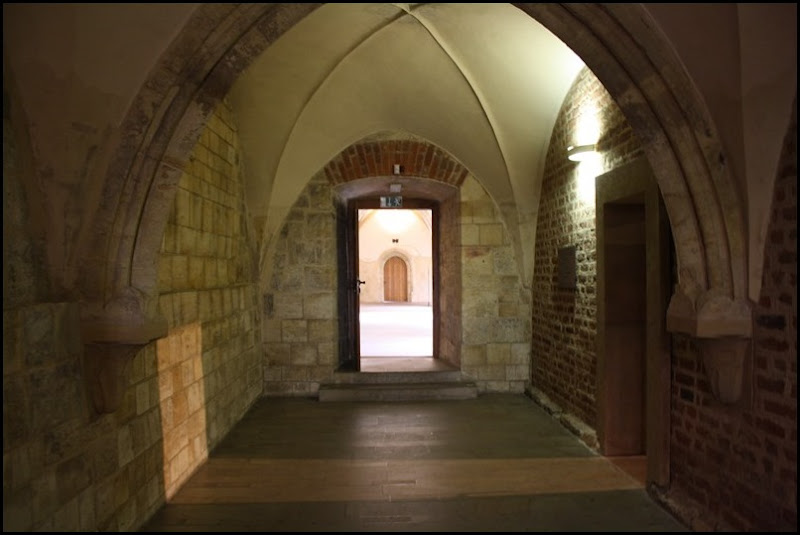 Turning back the way we had come, we walked towards the cloisters and noticed one last room to the right. 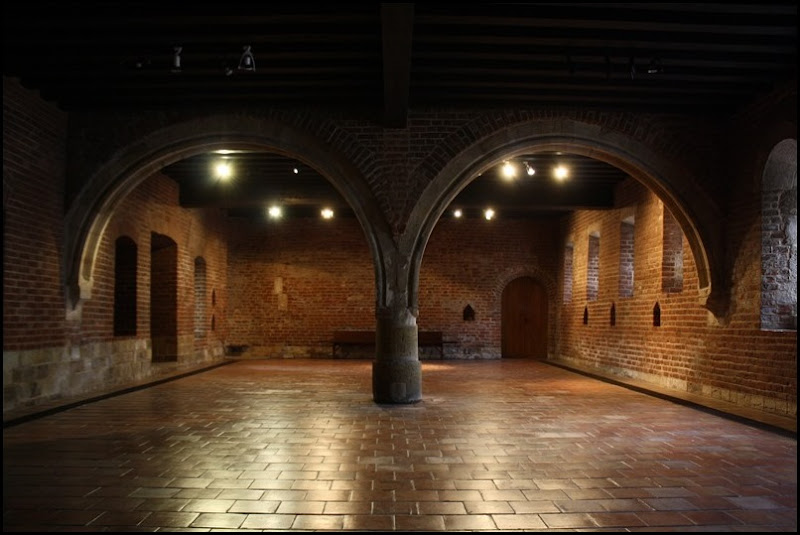 This was the refectory and nun’s work room, once two rooms and now one large space. 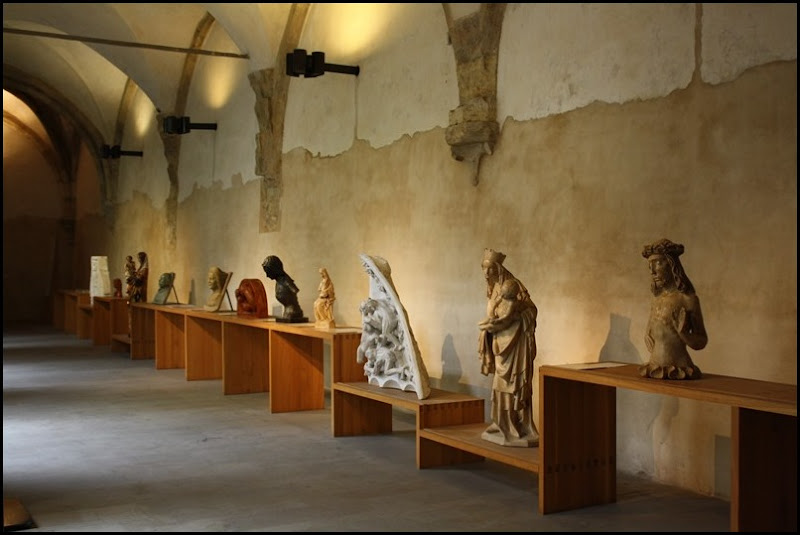 Winding our way around the cloisters again, I stopped to admire the collection of religious sculptures. 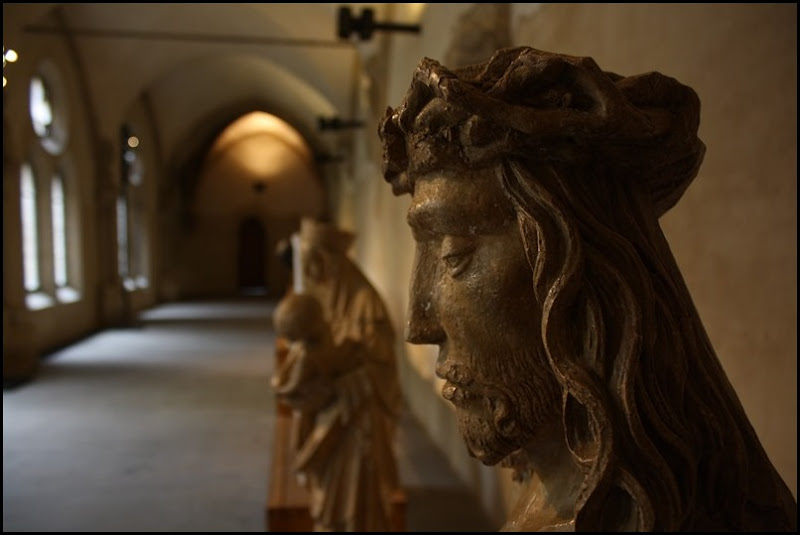 With one last look at the Gothic vaulted ceilings, it was time to move on to the first floor. 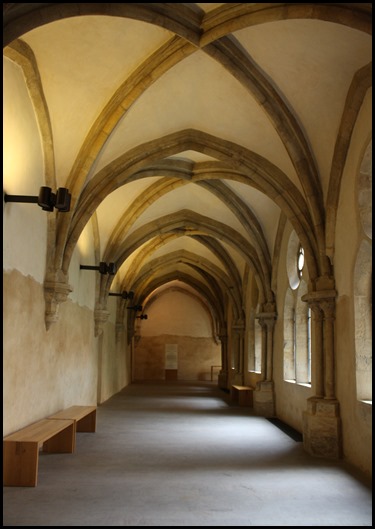 Visitors to St Agnes of Bohemia can also treat themselves to an impressive collection of medieval art at the National Gallery which is housed on the first floor of the old convent. The collection is vast and arranged in chronological order. Not surprisingly, no photography is allowed in the gallery but you can visit the website to see more: Narodni Galerie. My favourite section was the triptychs, including the Reininghaus Altarpiece which came from Southern Bohemia and was dated to about 1430. There is also a collection of Madonna and Child sculptures and a selection of stained glass crucifixions.

The entry fee is 300 CZK and will grant admission for seven days to all six permanent exhibitions of the National Gallery in Prague – Kinský Palace, Convent of St Agnes of Bohemia, Trade Fair Palace, Sternberg Palace, Schwarzenberg Palace, Salm Palace. My next trip to Prague will be a dedicated art tour and I will definitely be using this ticket!