A Night at the Opera: Tosca at the ENO 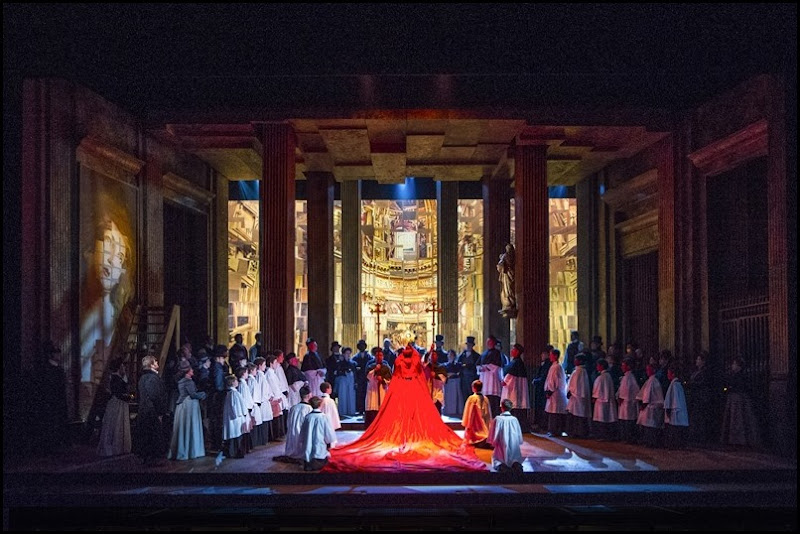 My love for opera is quite new. I was always in love with the idea of opera, inspired by countless films in which the characters sat in the balcony at the opera and silently wept, but my first night out at the opera was last year. Of course, that was all it took. Seeing Puccini's La Bohème at the ENO was incredibly moving and I knew then that I had become a lifelong fan.

Naturally I was delighted when the ENO contacted me to ask if I would like to see Puccini’s Tosca, on at the ENO until December. I said yes straight away and was thus treated to an evening of tragedy, colourful costumes and breathtaking sets.

Tosca is set in Rome during the time of Napoleon's invasion of Italy. It is the story of betrayal, political sabotage and a politician who will stop at nothing to get what he wants. It is also the story of a love that knows no parallel. 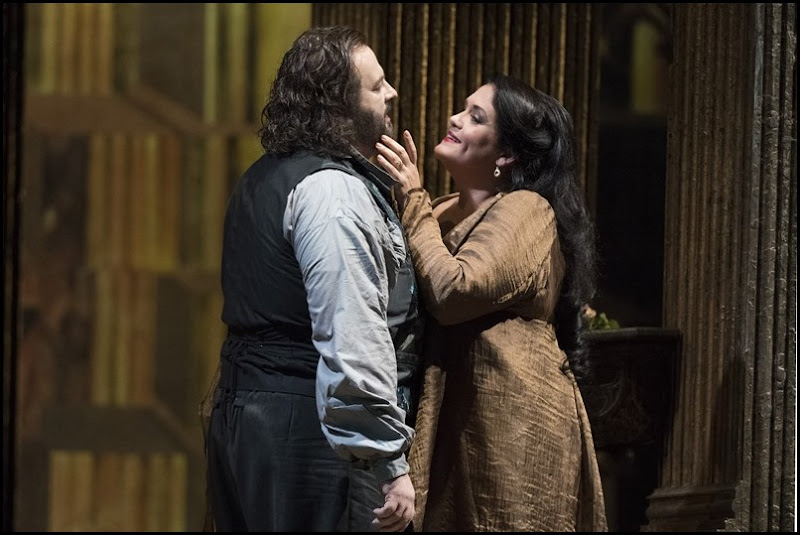 Tosca is an opera singer known across all of Rome for her talent and beauty. She is deeply in love with the artist Cavaradossi but her jealousy stands ever at the fringe of their relationship. When Angelotti, an escaped political prisoner, flees to the Sant'Andrea della Valle in Rome, Cavaradossi agrees to hide him but it is a decision that will change his life forever. Suddenly, sadistic police chief Scarpia has his sights on Cavaradossi but it is Tosca who he really wants.

What follows is a story of unbearable treachery and murder, sweetened only by a love that knows no bounds.

Tosca at the ENO is an extravaganza of colour, sound and incredible set design. It really was a feast for all of the senses and made for a highly entertaining evening. 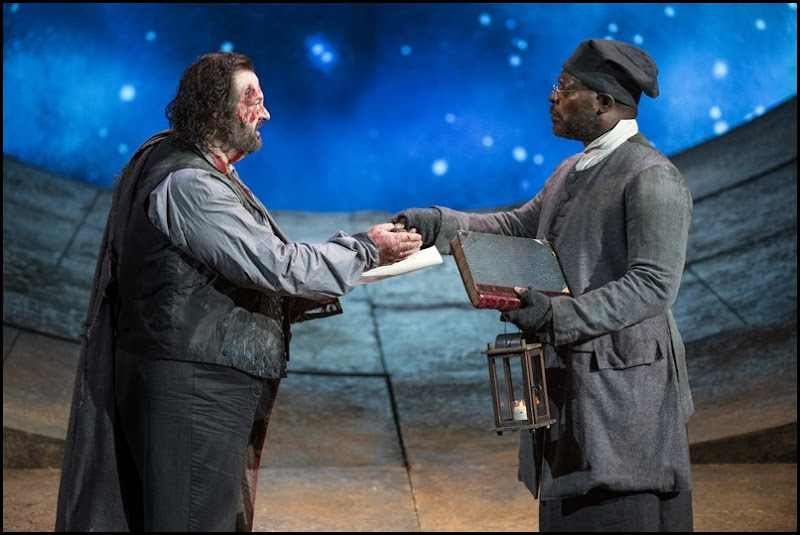 Soprano Keri Alkema is Tosca and she captures the audience’s imagination as the passionate and playful opera singer. Her lover Cavaradossi is played by Gwyn Hughes Jones, notable for his dedication to Tosca and his defiance in the face of adversity.

Craig Colclough plays Scarpia and he was utterly convincing and quite frightening as the nasty and dastardly villain. He was thoroughly horrible. 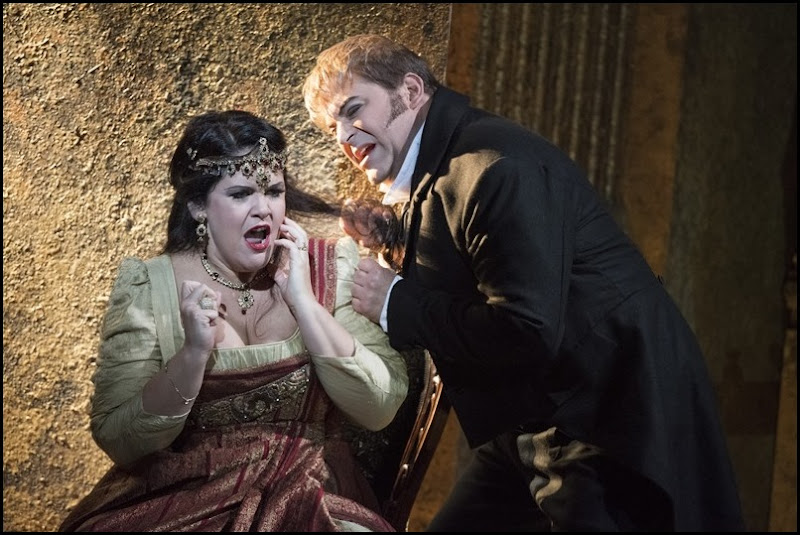 The dramatic storyline is accompanied by Puccini’s powerful score and the orchestra was conducted by noted Puccini specialist Oleg Caetani.

If you’ve ever wanted to see the opera but aren’t sure where to start, then the English National Opera is the place to start. Their aim is to bring opera to the masses and they do everything in their power to ensure that people without an in-depth knowledge of foreign languages or famous plays can enjoy a night out at the opera. The performances are in English with surtitles above the stage to assist the audience in following the story. I’d also highly recommend the ENO programmes too, they are full of information about the writers, the social and political environment in which the operas were drafted and notable performances over the years. 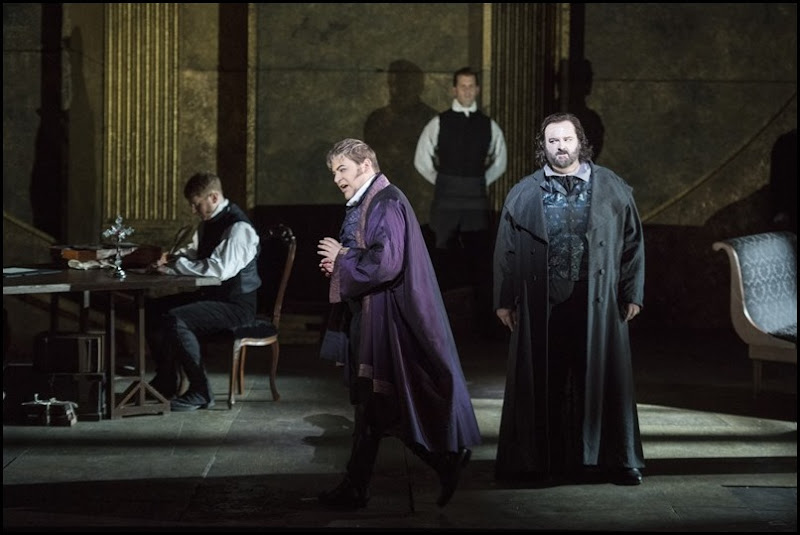 The ENO have also gone one step further with their brand new Opera Undressed events. If you sign up for a free Opera Undressed membership, you can experience your first opera for just £20 plus booking fee and also attend a pre-performance talk about the production plus a post-show party with the cast. Not only is this incredible value but we found the pre-performance talk to be especially informative and interesting.

Tosca at the ENO is on until 3 December 2016 and is highly recommended.

I’d like to thank the ENO for inviting me along to the Opera Undressed event for Tosca at the London Coliseum.