Exhibition: Doctor Who at Earl's Court.

On Saturday, Stephen and I decided to go to the Doctor Who exhibition at Earl's Court. As is plainly obvious from the very first picture, I was in Mandy-heaven. I took a picture of just about every monster and hero and I am going to blame the very last pictures on the batteries failing in my camera. They had nothing to do with me jumping out of my skin and squealing like a little girl when the Daleks came alive and started shooting at me. 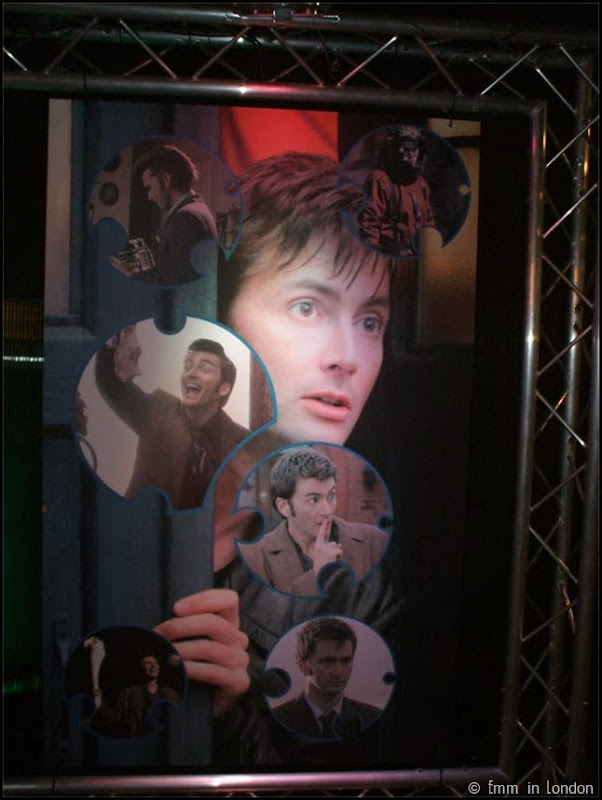 A collage of Tenth Doctor photos *Sigh* Isn’t he lovely? 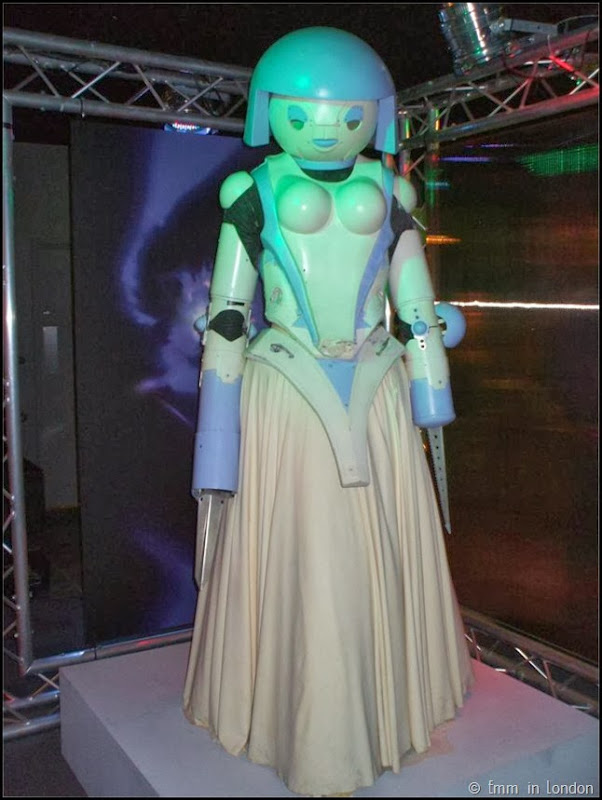 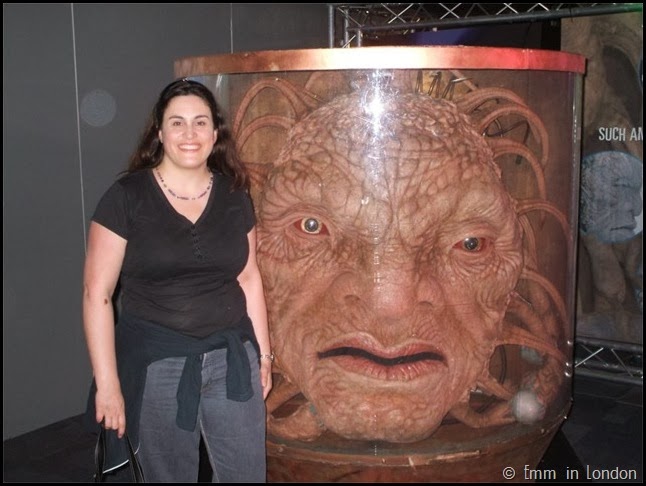 The future Jack Harkness: The Face of Boe [The End of the World, New Earth and Gridlock] 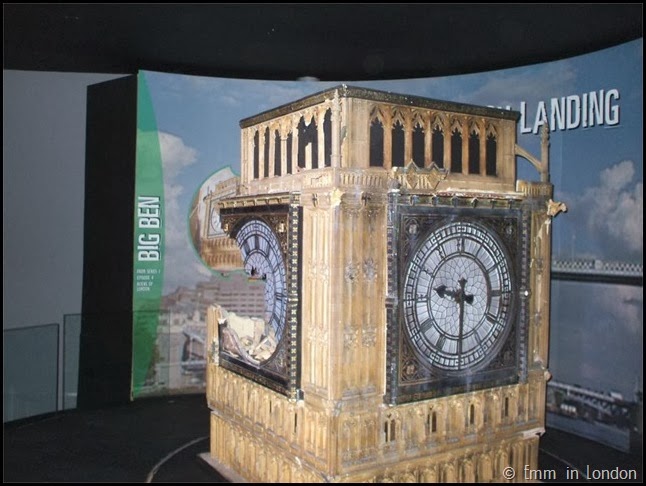 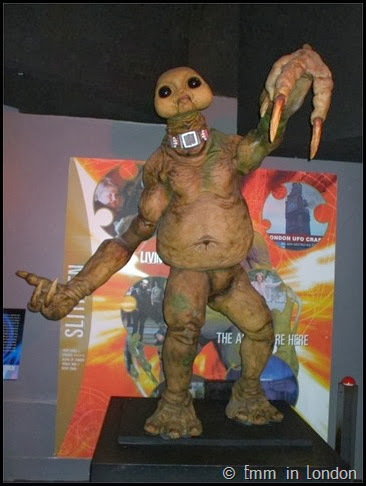 Eek! A Slitheen [Too many to mention and a favourite in Sarah Jane Adventures too] 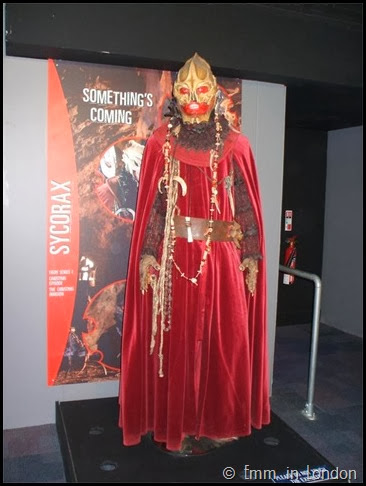 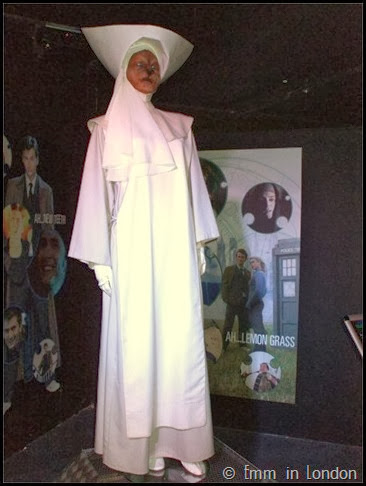 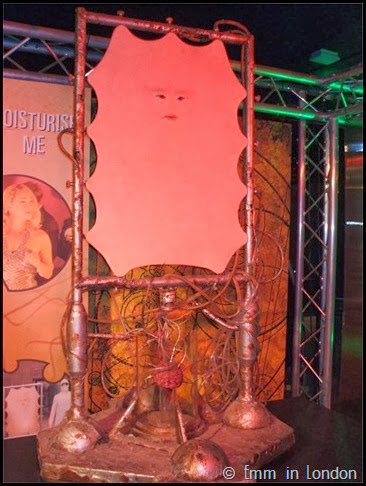 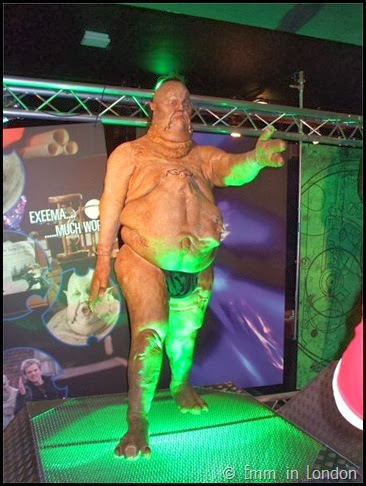 Abzorbaloff (he who absorbed Moaning Myrtle) [Love and Monsters] 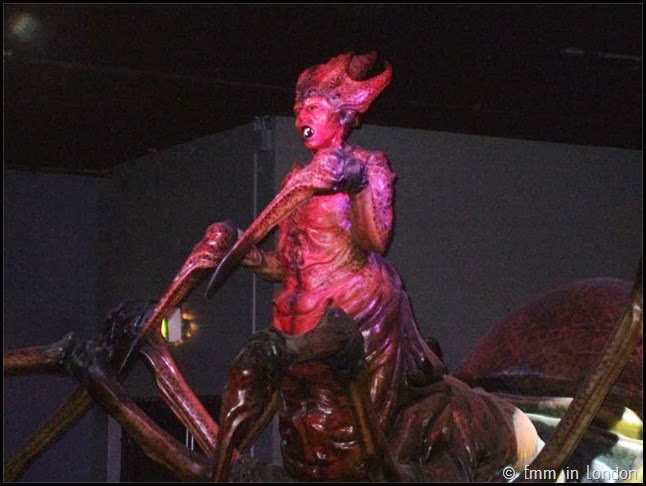 The absolutely terrifying Empress of the Racnoss [The Runaway Bride] 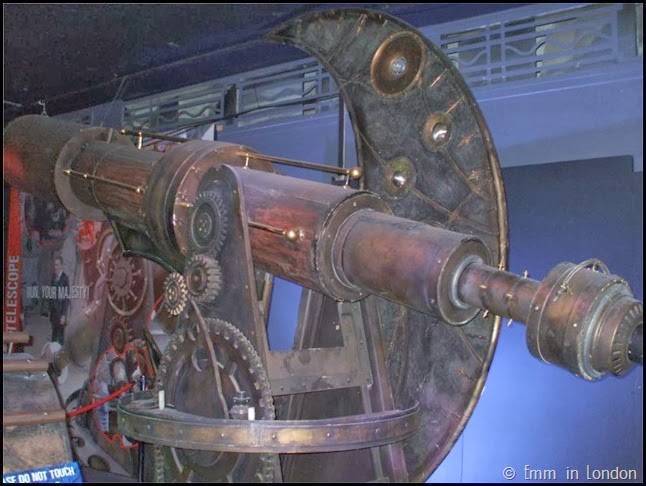 The telescope [Tooth and Claw] 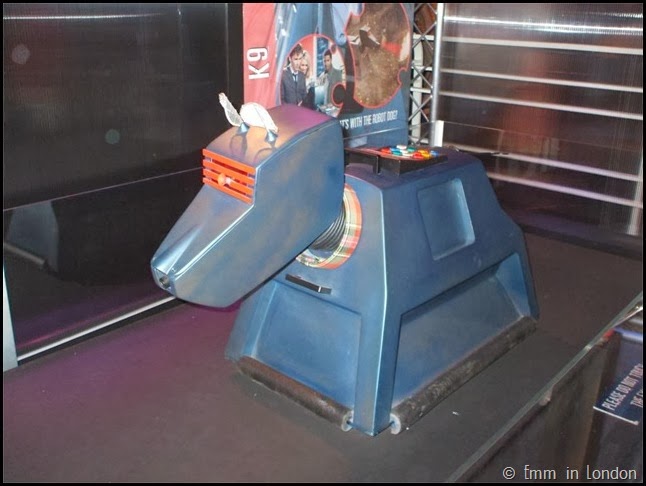 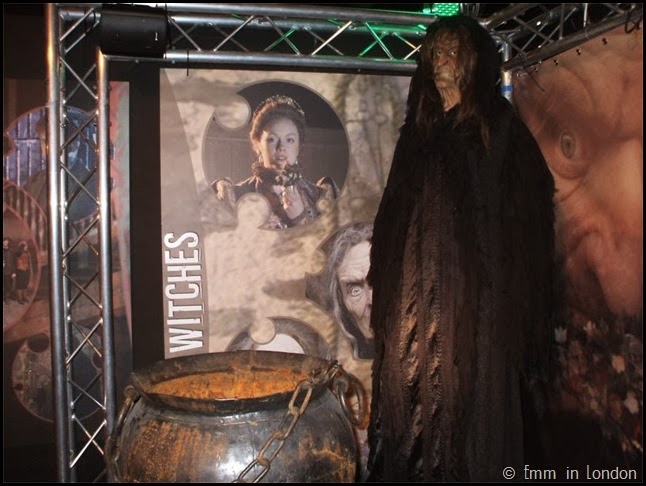 A Witch or Carrionite [The Shakespeare Code] 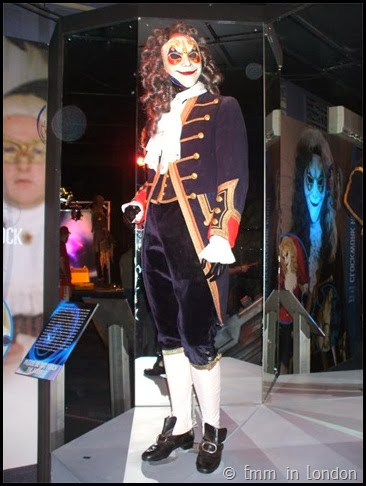 From my absolute favourite Doctor Who episodes ever (the episodes responsible for introducing me to the talented and lovely Harry Lloyd. 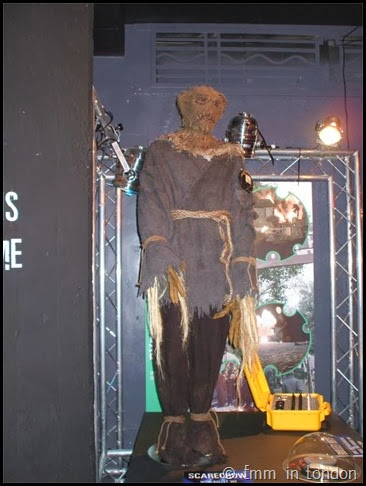 The Scarecrows [Human Nature and The Family of Blood] 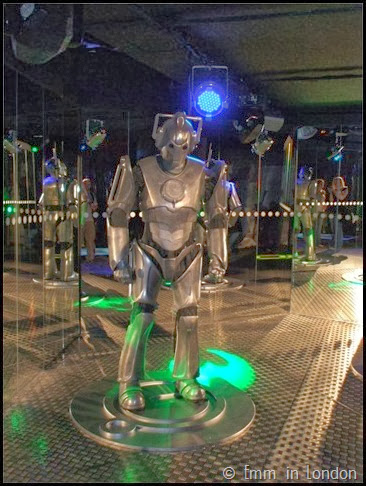 A Cyberman [The Rise of the Cybermen, The Age of Steel, Doomsday] 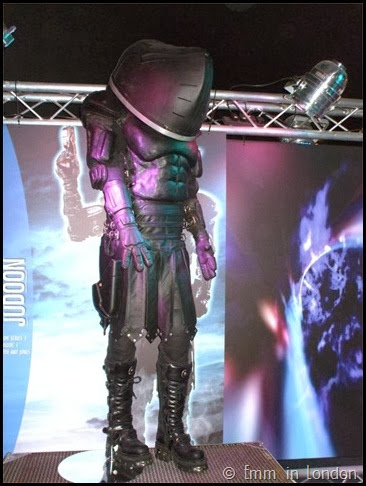 Don't blink. Blink and you're dead. Don't turn your back. Don't look away. And don't blink. Good Luck.

Blink was one of my favourite episodes ever. 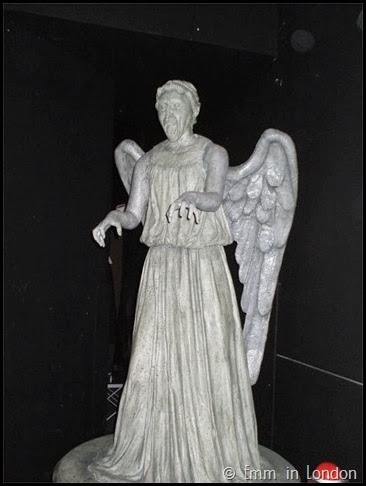 From the episode where David Tennant met his girlfriend Georgia Moffett who is literally young enough to be his daughter. Wait, she is his daughter. Yuck. (She plays the Doctor's daughter and is the real life daughter of the Fifth Doctor, Peter Davison). 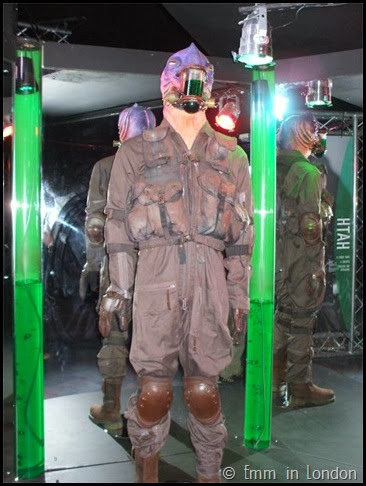 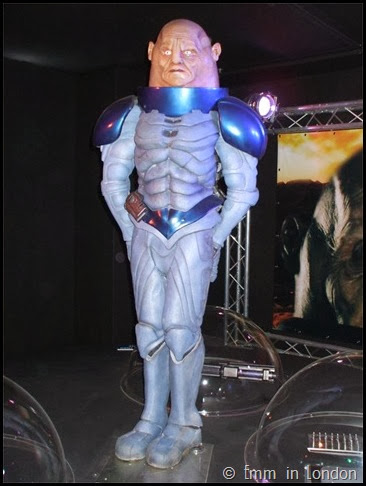 Sontaran [The Sontaran Strategem and The Poison Sky]

The two pictures were taken immediately before and after the Daleks began shouting and shooting at me. Unfortunately I don't have any pictures from the period of time I spent cowering on the floor. 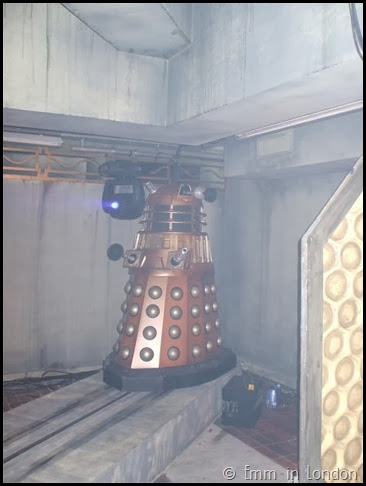 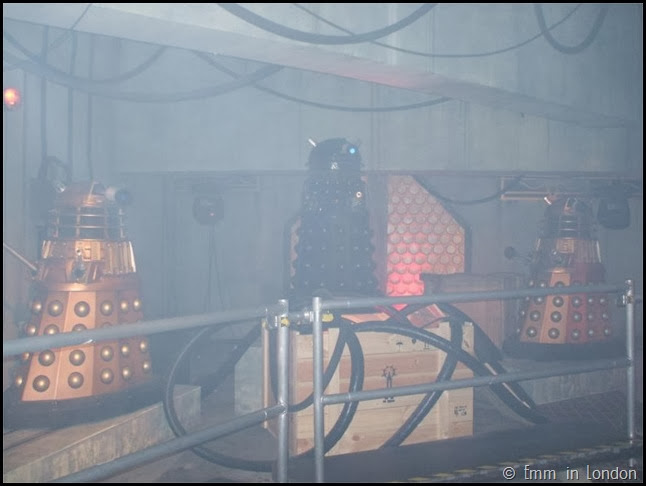 Eek! There are three of them! EXTERMINATE! 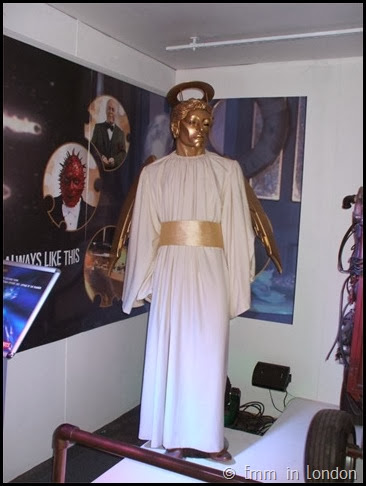 A Heavenly Host [Voyage of the Damned] 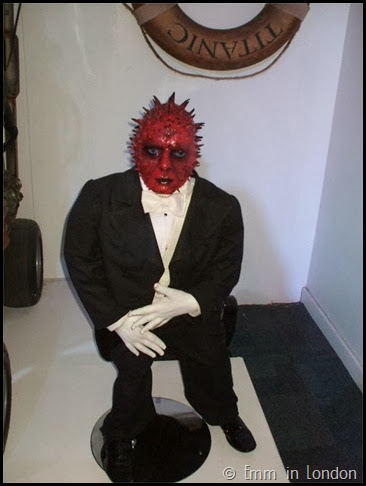 Bannakaffalatta [Voyage of the Damned]