Theatre: A View From The Bridge 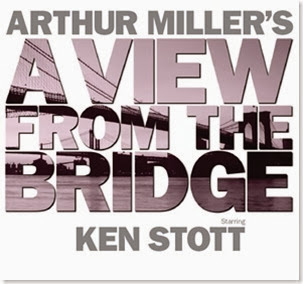 There have been rumours circulating that Harry Lloyd is to star in Arthur Miller's "A View From The Bridge" which is starting at London's Duke of Yorks Theatre in January.  He is to be playing Rodolpho alongside Ken Stott and Mary Elizabeth Mastrantonio.  One of the fans from HarryLloyd.net contacted his agent and she confirmed that Harry will indeed be playing this role.

This looks to be an all-star ensemble and I am not too sure if I am going to wait to get a group together.  There are special group discounts but there are also early bird tickets of £39.50.  Hmmm.  But then you have to pay a £20 joining fee.  Oh well... Still makes the tickets less expensive than the advertised £66.  I can't make up my mind!

Most importantly, these tickets are going to sell fast and I don't want to be disappointed.  I'm sure Stephen wouldn't mind me "treating" him to see this play for our wedding anniversary.  It would be in line with this year's anniversary "treat" of seeing Harry in The Sea.