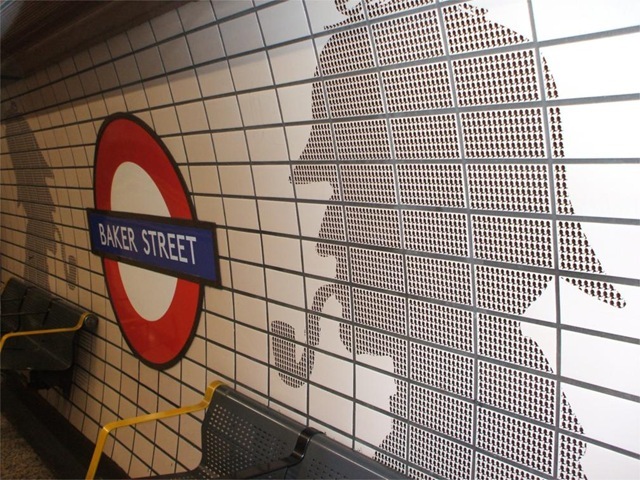 How awesome is that? Baker Street station is made of awesome. 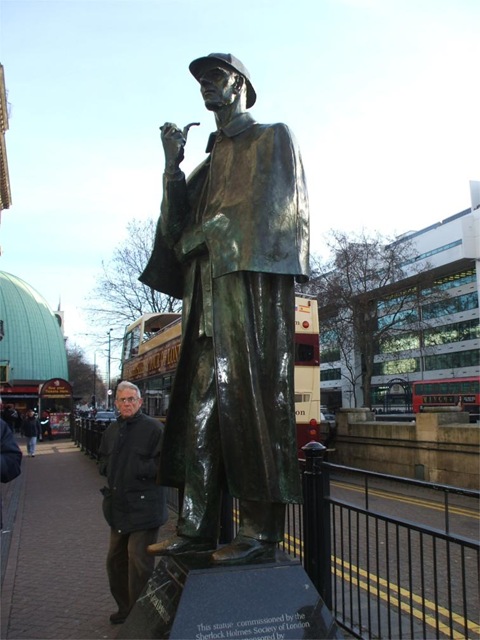 One day I'll come back to do the Sherlock Holmes trail. That is Madame Tussauds you can see in the background.

By the way, just in case there is anyone that doesn't know - Madame Tussauds is a museum of wax figures and dates back over 200 years. It has been in the Baker Street region since 1835. At £24.50 per person, it is not cheap to get in so try to get a 2-for-1 special using your rail tickets or a similar deal. A friend had given me a some vouchers that they had found in their cereal boxes so that was a great saving for us.

The first floor is where you find all of the Hollywood stars. 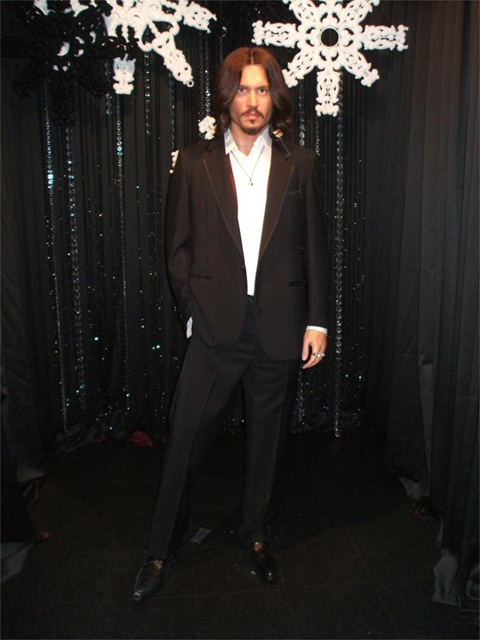 I first spotted Johnny Depp and immediately thought of you, Vanessa! 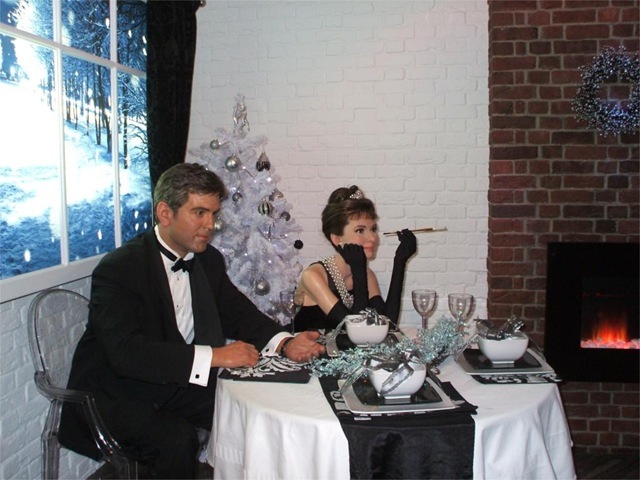 I adore Audrey Hepburn and she reminds me of my love for all things New York-related. I do hope I finally make it to New York in 2009! 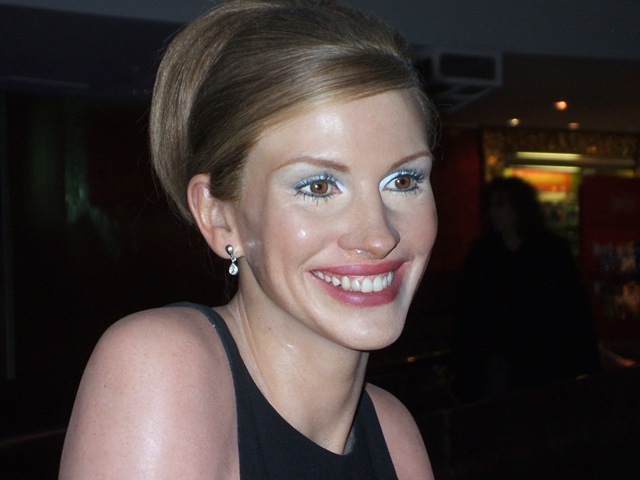 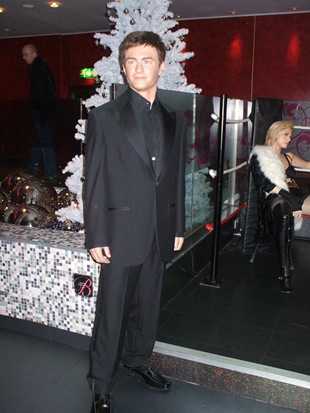 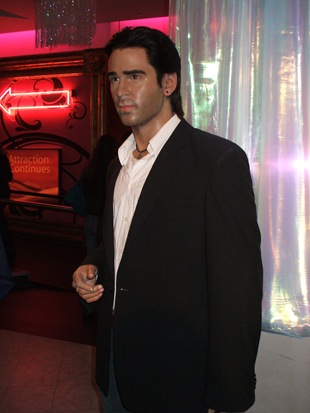 Julia Roberts, Daniel Radcliffe and Colin Farrell. All favourites of my mine at one time or another but they looked very waxy, so nothing to report there really. Click on the photos for full size shots.

Next was the sporting heroes, cultural figures, musicians and world leaders sections. Oh wait, I think the royal family was in there somewhere as well. >:/ To be honest, I am convinced we only viewed a watered down version of the display because I seem to remember it being so much bigger in the past. I was getting sick though so that could have distorted my perception. Maybe I was just sad that they've taken Lenin away. There is also a really scary section which I of course loved and at the end there was a ride you take which was called something like "The Spirit of London". That was cool, albeit a bit cheesy. 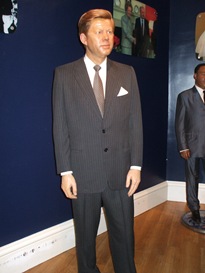 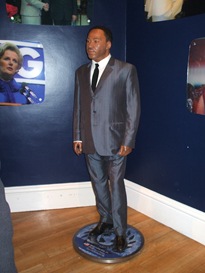 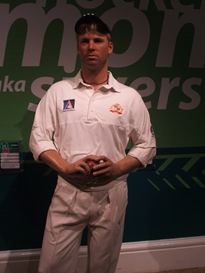 You have to wonder at my choice of subjects to photograph - there is Shane Warne, the legendary Australian cricket player, JFK and Martin Luther King Jnr. Well, I have always been a fan of Shane Warne and even more so since we visited Australia. I think the man is awesome and he is not as arrogant as people like to make out. JFK is a bit obvious but I do think he was amazing and I used to read everything I could lay my hands on regarding the investigation into his assassination. And then there is Martin Luther King Jnr - another obvious choice but "I Have a Dream" remains my top speech ever made by a public figure. I would have been much happier if the figure of Lenin was still in the collection and I was sad that there wasn't one of Che Guevara but I guess not everyone shares my interest in that type of thing!

On the way out we passed through the Quantum of Solace exhibit. My, how nice it would be to get that close to Dame Judi Dench and Daniel Craig in real life. Swoon. 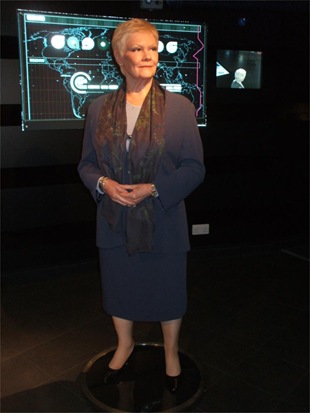 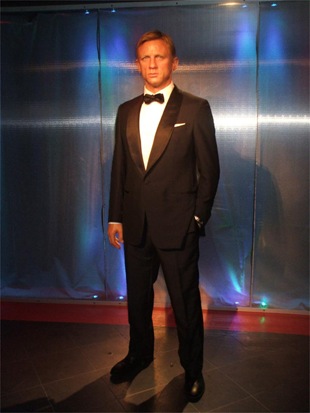 On our way back to the station, we stopped off at the local branch of JD Wetherpoons for lunch. I just had to post some pictures of their ladies toilets because they have the best decor I have ever seen in a toilet in my life before!! 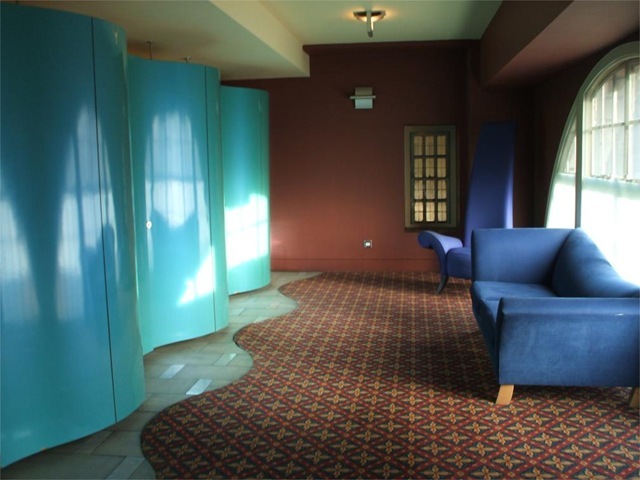 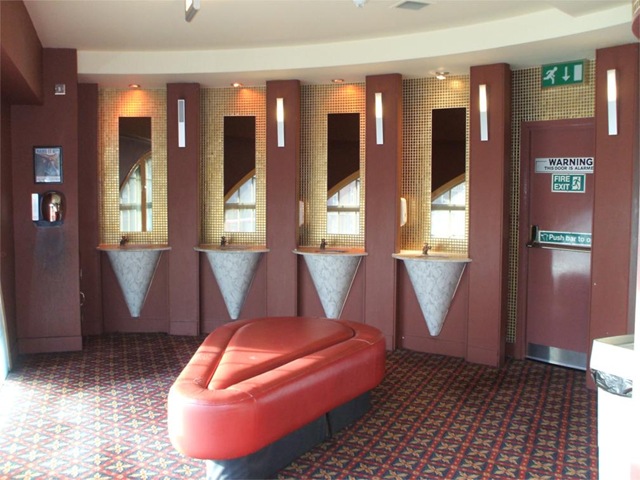 Finally, we took a detour to Oxford Street and took a walk down regent Street to buy a Christmas present for my god daughter K. The whole area was in a general state of mayhem so our cameras were safe stowed away for the most part but I did get a stunning shot of the Christmas decorations in Carnaby Street. 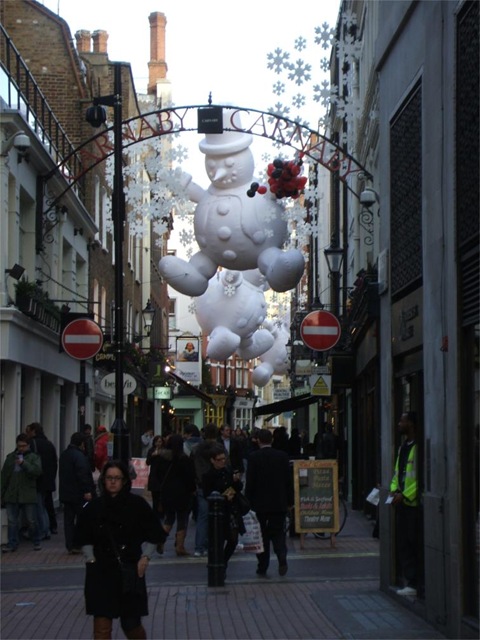