Alongside Cologne Cathedral, York Minster is the largest gothic cathedral in Northern Europe (some say it is the biggest).  While it is known that earlier versions of the Minster existed, there is no longer an archaeological evidence for these.  The building in its current form dates back to 1100 though, which is pretty old! 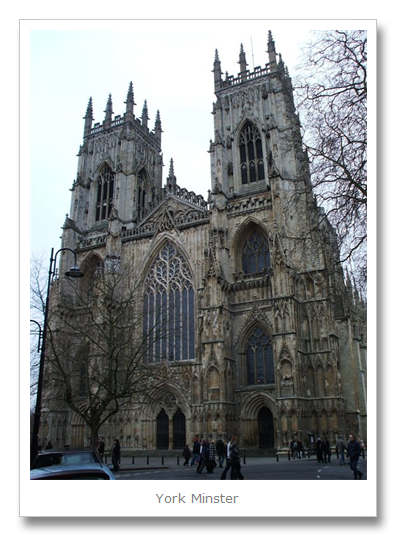 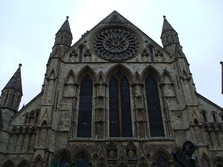 York really was a festive little town and I loved the atmosphere in many of the places we visited on our road trip.  Many times in York, Warwick and Bath there was an air of festivity with live music and stalls and fun fairs. 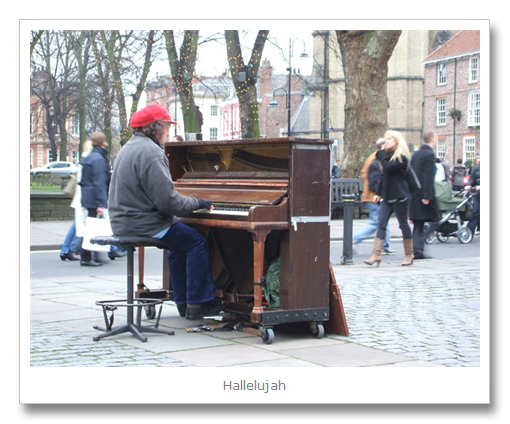 This man was playing "Hallelujah" on his piano.  I couldn't really say whether it was the Leonard Cohen or Alexandra Burke version but seeing as I spent tons of money voting for Alex to win, I'll just say it was hers. 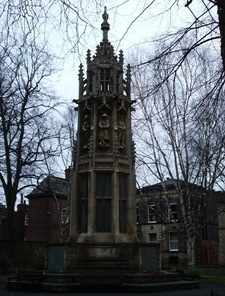 There was a memorial to those lost fighting the Anglo-Boer war in South Africa between 1899 and 1902.  Even though I am of English decent, I took a moment to remember the many Afrikaans people who perished both in the fighting and in the concentration camps too.  It is an often overlooked fact that the British invented concentration camps.

War memorials are very sad to me actually.  I think war is such a senseless thing and there is rarely a true right or wrong side, just thousands of needless casualties.

I'd better steer off the politics before I lose all of my readers!  (Or the ones Blogger and Google Connect did not drop, that is).

Right across the road from York Minster is another church, St Michael Le Belfry. 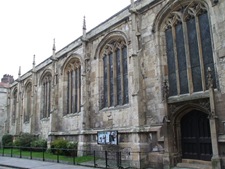 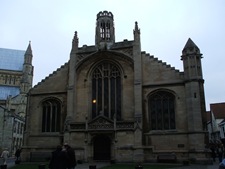 St Michael's is an Anglican church and was built between 1525 and 1537 during King Henry VIII's break with Rome.  How does one describe Henry's architecture in the way that we describe "Elizabethan", "Victorian" or "Georgian" styles?  This style is not my favourite, anyway. 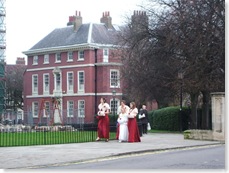 On our way back into the town, we spotted this bridal party making their way into the York Minster.  Can you imagine getting married in such a place???  Hardly the outdoor, poolside, South African bush experience I had!

They must have been freezing.  As it was, we were too cold to stick around and wait for the bride!!