It is New Year’s Eve now and I thought it only fitting that I write my last New York post today as I wave goodbye to an interesting year and an awesome trip.   On my final afternoon, I spent the time absorbing the signs, sounds, buildings and feel of New York as I looked for what makes it so alive and unique.  I have to admit that I tried my best not to absorb the smells though. 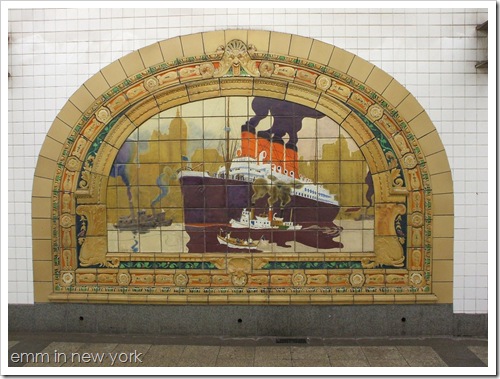 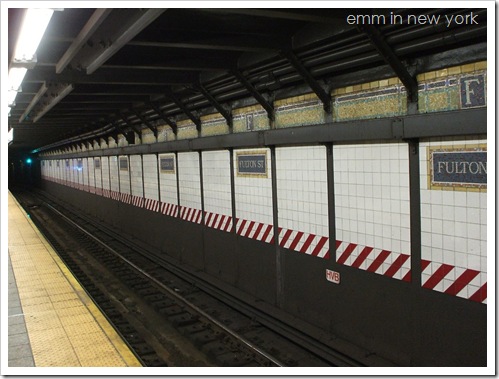 It was a bit of a shock at first to see how grimy and dark the subways were!  It made me appreciate the London Underground more!  The one thing that impressed me about the New York City subway stations is how unmistakably ancient they are.  The London Underground is actually a lot older than the New York City subway but our stations are so much more modern! (Did you notice that?  I said “our”; I think my assimilation into the United Kingdom is compete). 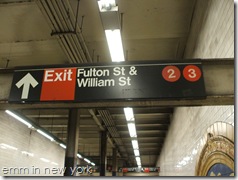 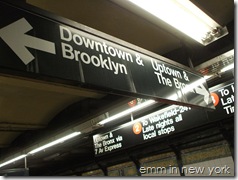 Before I went to New York, terms like “downtown”, “uptown” and “Upper East Side” were familiar to me but I had no idea what they actually meant.  Now it is as clear to me as could be; about as clear, in fact, as my desire to to move one husband, two dogs and one-and-three-quarter cats right over there right now.

I had to get up insanely early the next morning to catch a taxi to Newark airport and so my holiday pretty much ended on the Saturday night.  The sun was just rising as we drove to the airport. 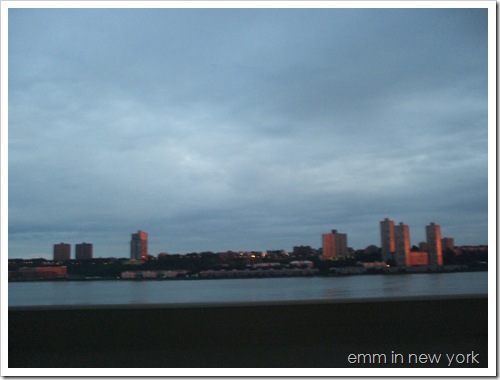 New Jersey across the Hudson River

And that was it.   The most amazing week was over and it was time to return to sunny England.

This is a recap of all of my New York and Washington posts: