The Streets of Novi Sad

I was chatting to a new Twitter friend this week and was explaining that as an expat, I am still very much in the honeymoon period with my relationship with London but as I’d had two affairs with New York and Novi Sad, I did not know for how long I would be faithful.  That is exactly how I feel!  I might have only spent four very short days in Novi Sad but I fell in love and haven’t been able to think of much else since my return to London.  I would really love to live and work in another foreign city and I wouldn’t say no to either New York or Novi Sad.

The strangest thing is that I didn’t actually spend much time being a tourist during my visit to Serbia as the visit was primarily about visiting with Maja and attending the festival.  Nevertheless, we did manage to drag ourselves out of bed by noon on the Sunday and we took a walk through the streets of Novi Sad towards the city centre.

Remember, you can click on all of the photographs for larger images. 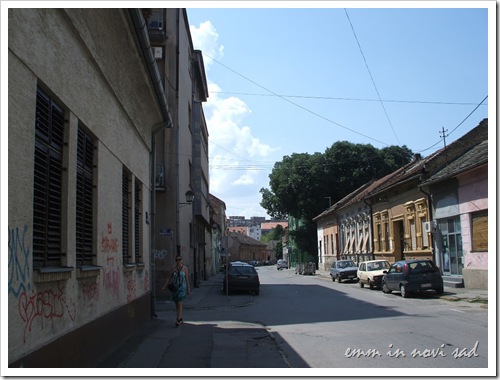 Corner of A. Teodorovića and Masarikova Streets, Novi Sad

The first thing that struck me about the city was how much graffiti there was on every available surface, except for the churches of course.  Much of the graffiti was political and referred to things such as the Kosovan independence and there were many Serbian crosses around too (see: Only Unity Saves the Serbs).  Being the bad, tired and hot blogger that I was, I naturally failed to take any photos of those specific examples! 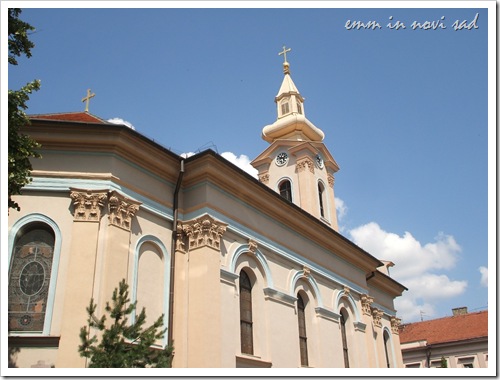 There are many different religions in Novi Sad and each is represented by its own place of worship. Above is the Slovak Lutheran Church which was built in 1886 in the Baroque-Classicist style.

Below is the Serbian Orthodox Church of Dormition of Holy Theotokos which is simply known locally as Uspenjskai  It was built between 1765 and 1776 in the Baroque style and is right next to the Serbian National Theatre. 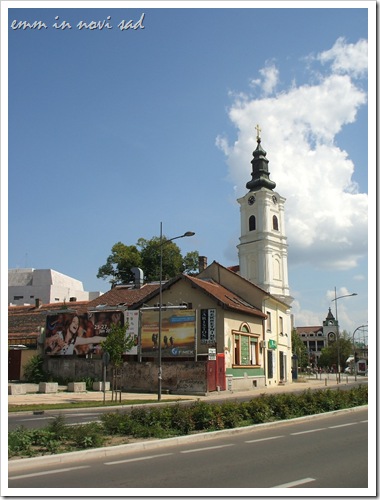 Most of the people in Serbia are Orthodox Christians and most belong to the Serbian Orthodox Church. 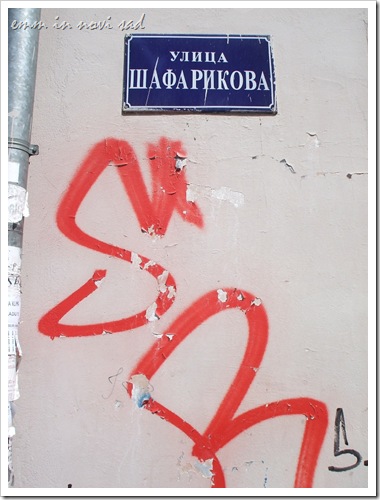 One thing you will notice in Serbia is that you can see Cyrillic everywhere.  One unexpected but predictable outcome of my visit to Serbia is that I fell in love with Cyrillic and indeed, with the Serbian language.  I’ve been secretly learning how to speak a bit of Serbian so that I can hold a conversation with Maja next time I visit.  So far, I can say the basic greetings and kreditna kartica (credit card).  Don’t ask me why the language programme decided that should be one of the first things a tourist should learn.  The street sign above says Ulica Šafarikova or Šafarikova Street. 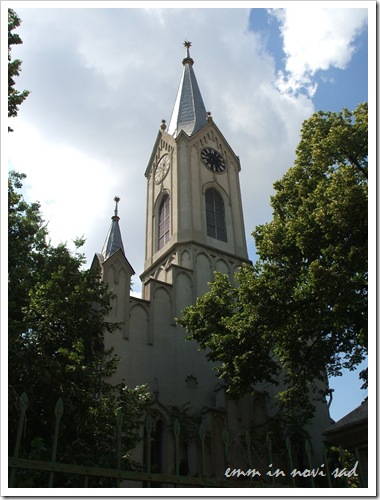 This was actually one of my favourite churches but it was difficult to get a good shot of it.  It was built in 1865 and is built in the Neo-Gothic style.  I suppose it is just typical that an ex-coffin kid such as me would be so attracted to the Gothic style. 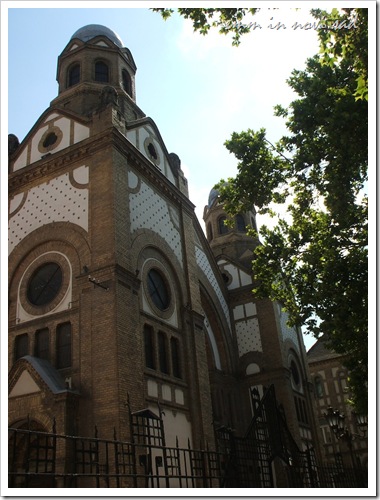 This is the Jewish Synagogue which was built in 1906 in what is apparently the Hungarian Secessionist style but this synagogue is the fifth to be built on this site.  I think it is gorgeous and it is certainly one of the major landmarks in Novi Sad.  It is really heartbreaking but apparently it is no longer used for services and it is used as a concert hall.  However, the synagogue is at the disposal of the Jewish community (numbering only about 400) should they ever require to hold services there.

Once again I struggled to get a decent photo of the building which is a pity because it really is exquisite. 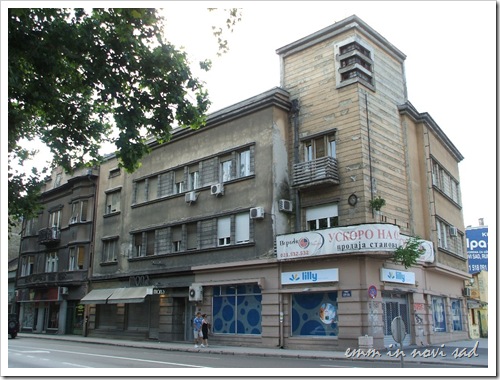 This is Ulica Jevrejska or Jevrejska Street (translated as Jewish Street).  I took this photo to show a contrast between the pristine condition of the religious institutions and the rest of the buildings in Novi Sad. 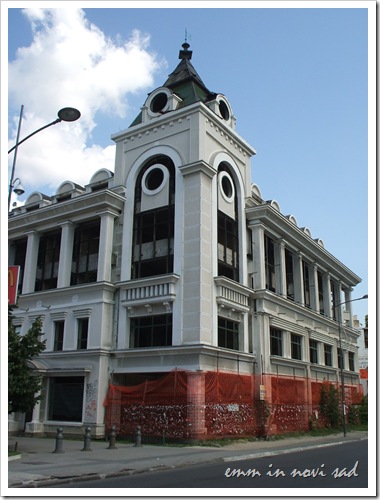 I think this was meant to be a post office but that it has been left in an unfinished state for years and years.  Hopefully Maja will be able to clarify the exact details.  I thought it was incredible that the building could be so beautiful but they obviously ran out of either funds and/or interest and never quite finished it.

Next we turned into the city centre of Novi Sad towards Trg Slobode or Liberty Square.  There was a lot to see there so I will leave that for another day.