Each day in the United Kingdom, six teenagers find out that they have cancer.  Cancer often spreads rapidly in teenagers on account of their growth spurts and it is the leading cause of non-accidental death in the UK.  Teenage cancer patients are often put in wards with small children or the elderly where they are not amongst their peers and not necessarily treated by experts in teenage cancer. 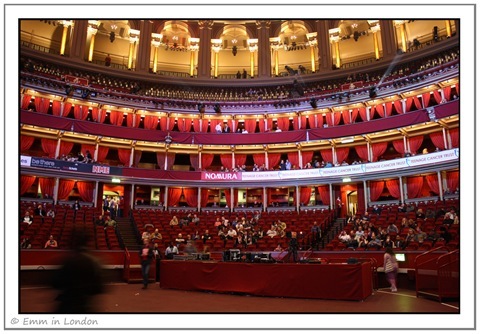 Teenage Cancer Trust provide ten specialist units in NHS hospitals across the United Kingdom.  With bright and colourful surroundings, the units are designed to be comfortable for both patients and their families.  They can interact with their peers, play computer games, watch TV while being treated by specialists in the field of teenage cancer.  The Teenager Cancer Trust aims to build enough units by 2012 so that every teenager in the UK will have access to the specialist care that they provide. 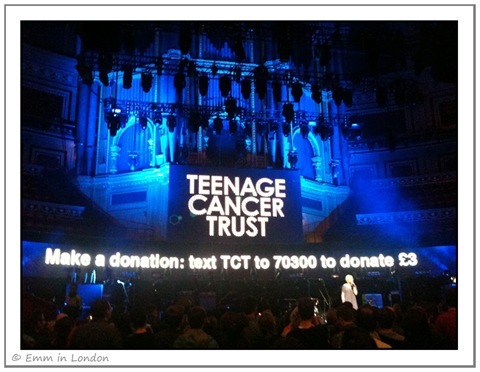 Each year since 2000, Teenage Cancer Trust has held a series of fundraisers at the Royal Albert Hall in London.  Roger Daltrey of The Who explains that music is everything to teenagers and the whole music business is built on the backs of teenagers.  But your life drastically changes when you are diagnosed with cancer.  Teenager Cancer Trust exists so that the lives of young people with cancer are not defined or limited by their cancer.

The 2011 Teenager Cancer Trust gigs at the Royal Albert Hall ran from Monday 21 to Sunday 27 March and included acts such as Biffy Clyro, Roger Daltrey, Tinie Tempah and Beady Eye.  We went along on the evening of March 26 to catch Editors supported by I Am Arrows and Wolf Gang. 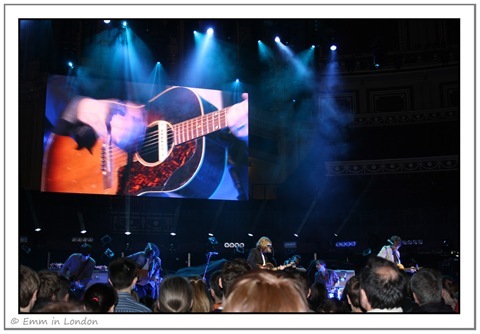 I was initially pleased to see a band I recognised in the supporting line up as I had seen I Am Arrows performing at Wembley.  Unfortunately, they gave a lukewarm performance which was worsened by frontman Andy Burrows (formerly of Razorlight) grumbling at the crowd and condescending that no one there knew their music.  Obviously Andy Burrows doesn’t realise that many music fans go to live events to discover new bands and three of my greatest music obsessions of all time started with me discovering them at live concerts (PJ Harvey, The Parlotones and Kawasaki 3P). 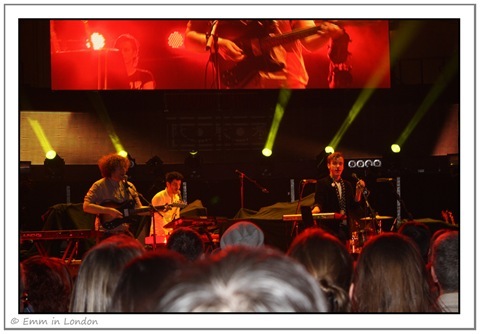 Whereas I Am Arrows had been dull and boring, Wolf Gang were energetic and upbeat.  They had a great attitude too and played their hearts out.  Unfortunately, they weren’t very good at it.  Fronted by Max McElligott, Wolf Gang are meant to sound like David Bowie or Talking Heads but just sound like a really bad, early-eighties tribute band with a dodgy sense of style.  Top points for trying though and at least they smiled and seemed happy to be there.

After two such disappointing opening acts, we were more than ready to get on with the evening’s programme.  First though, we watched a touching and informative video presentation on teenage cancer and the noble work that Teenage Cancer Trust does.  One of the young adults featured in the video came up on stage to tell us about his experiences.  He explained that thanks to Teenage Cancer Trust, he did not lose a year of his life when he was in hospital and he would not change his cancer experience as it made him a better person.  A very brave young man indeed.

Finally, the moment we had all waited for arrived and Editors were on stage.  They opened with “Camera” and “Bullets” from their first album The Back Room and in mere seconds I realised why the Royal Albert Hall is famed for its excellent acoustics.  The band sounded incredible and Tom Smith’s baritone voice carried perfectly in the hall.  “Bones” was next, followed by “An End Has A Start”, one of Editors’ best known songs, and the crowd really got going. 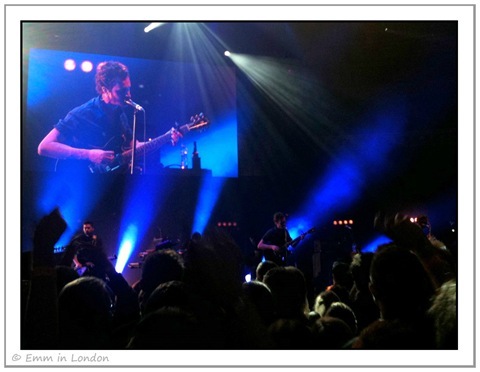 We were then treated to “Two Hearted Spider” which is one of Editors’ new tracks.  It was absolutely incredible and on this basis alone I will rush out and buy their new album when it is released.  Thankfully there is quite a decent video of the performance up on YouTube and I’ve been able to savour the moment again.

I was quite unprepared for the showmanship and performance by Editors on the evening.  Tom Smith is electrifying and commanded the whole stage, which he would need to as he both sings, and plays keyboard and the piano too.  Chris Urbanowicz and the band are incredibly talented too.  We were only a couple of rows from the front and the setting felt intimate, almost as if we were on a personal journey with Tom Smith and the band, as if we could touch the emotions in each of their tracks. 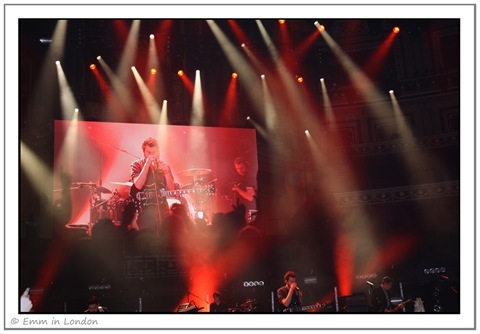 Next up was “You Don’t Know Love” from In This Light And On This Evening, my favourite of their three albums.  I recognised the song from the opening note and thoroughly enjoyed it.  Tom Smith played the piano and then the stage was set for the next track, “The Racing Rats”.

“No Sound But The Wind” and “Lights” followed and then “The Big Exit” and “Eat Raw Meat = Blood Drool” from the latest album which I really enjoyed. The latter featured great visuals on the screens and was quite menacing.  We were again treated to a new track as “The Sting” was up next and is another solid track. 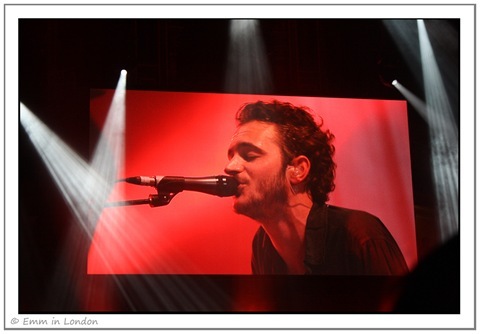 “Munich” followed and then the rest of the band exited the stage to leave Tom to perform a short acoustic set.  He opened with a cover of Spacemen 3’s “Walking With Jesus” and then played “Weight of the World” from their second album An End Has A Start.

The band then came back for just two songs: “Smokers Outside the Hospital Doors”, another one of their massive hits, and “Bricks and Mortar”.  They walked off the stage but somehow I knew that they would return as I simply hadn’t heard the track I had been waiting for.  The crowd at the Royal Albert Hall did not disappoint that evening and cries of ‘encore!’ erupted until the band returned to the stage (oh, who am I kidding, all bands come back for an encore these days). 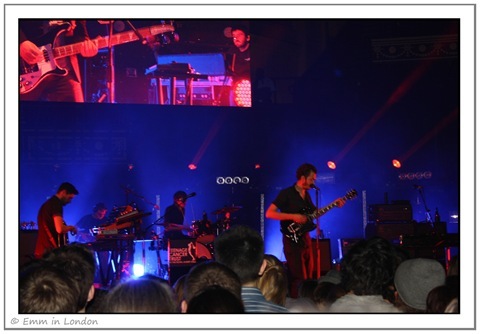 Editors played a solid four-track encore, beginning with “In This Light And On This Evening” which is my favourite track on that album and the track I had been waiting for.  The rest of the crowd were evidently waiting for “Papillon” which was up next and the crowd went crazy.  The band then rewarded true fans by playing “You Are Fading”, which has previously only been available on a special edition 2-disc version of The Back Room, before closing with “Fingers in the Factories”.

All of a sudden, it was over and we began to file out of the Royal Albert Hall.  I waited a day before writing my review because my initial judgement was that it was the best concert I have ever been to and I wanted to be sure. My friend mentioned that Tom Smith lost his words during “The Racing Rats” and he noted a couple of other mistakes but neither of us really cared.  It was a fabulous concert for a great cause and after a day’s wait I can confirm that it is indeed one of the best concerts I have ever been to. 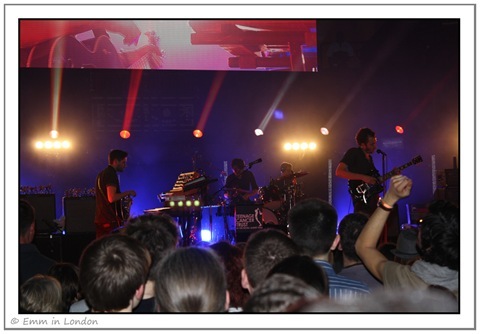