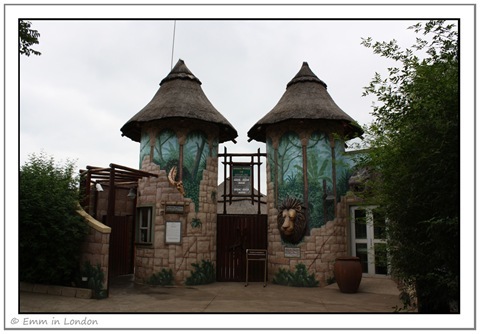 The Emerald Resort & Casino is situated an hour’s drive south of Johannesburg and it has accommodation, an animal world, games drives, a casino, and a water park.  Bright and early on the morning that we were there, we took my god daughter Keira to the Animal World. 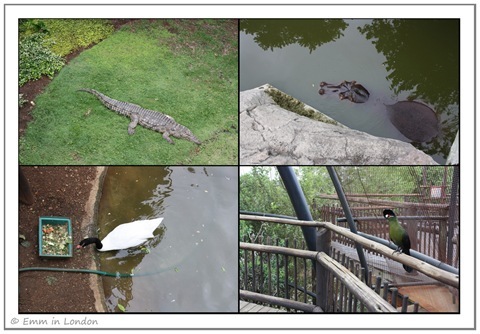 We took a walk past the crocodiles and hippos and then into the bird aviary where they had all sorts of birds from all over the world living together. 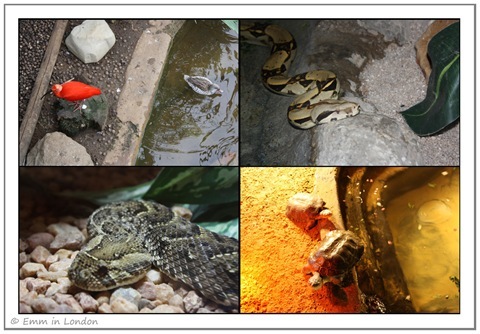 As always, I enjoyed the section with the reptiles and snakes because I am weird like that (deathly scared of the American house cockroach but enamoured with spiders and snakes). 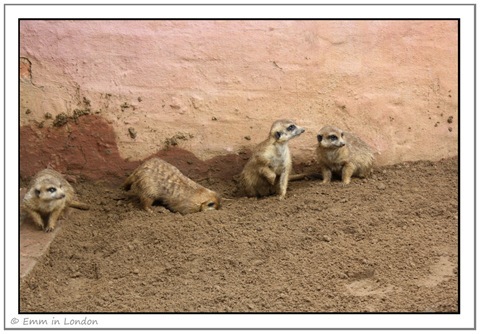 Meerkat means lake or marsh cat in Afrikaans so strictly speaking, the plural would be meerkatte as opposed to meerkats.  Stephen and I had good fun watching the meerkats being fed and we made scores of witty jokes about Compare the Meerkat to the bemusement of those around us.  Of course, meerkats come from Southern Africa not Eastern Europe so the adverts are even more rubbish than they were to begin with. 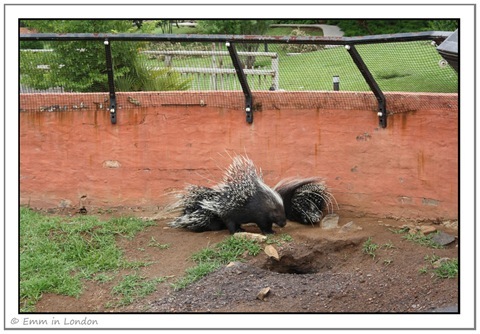 African Crested Porcupines are famous for their black and white quills and most visitors to national parks will pick up a couple of the quills to take home with them.  Did you know that porcupines are rodents? 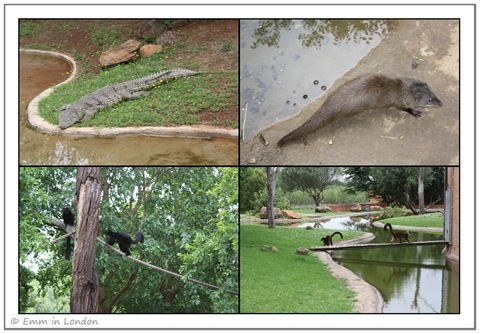 The Nile Crocodile is found all the way down Africa to Zimbabwe but were first thought to only exist in the Nile Delta.  They are huge and vicious and I love the ridges on their tales.  The Water Mongoose is related to the Meerkats above (as they are a member of the mongoose family) and the Black and Brown Lemurs come from Madagascar. 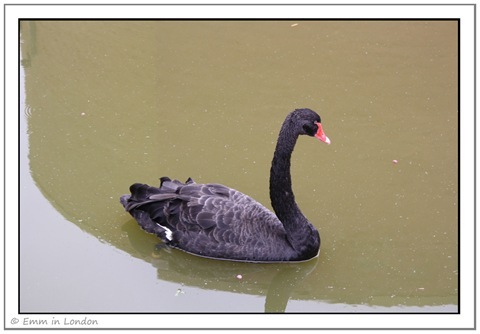 The black swan was once used as a reference for an unobtainable goal as Europeans thought that they did not exist.  They were first sighted by Europeans in Australia in 1697. 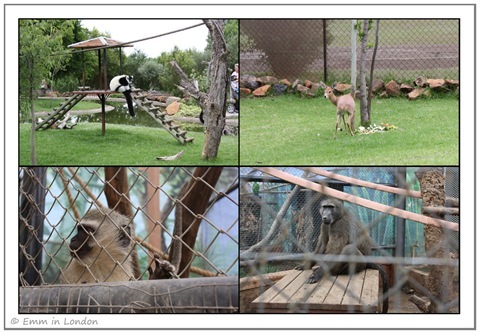 Steenbok is another Afrikaans word which means stone buck so the plural would be steenbokke.  Unlike most African antelope, they are solitary creatures and do not run in herds.  I am absolutely besotted with all antelope, especially our African species.

Just a note, if you ever encounter a vervet monkey in the wild, do not be taken by their rather cute and friendly faces.  They are really vicious little things (but still don’t deserve to be locked in a cage). 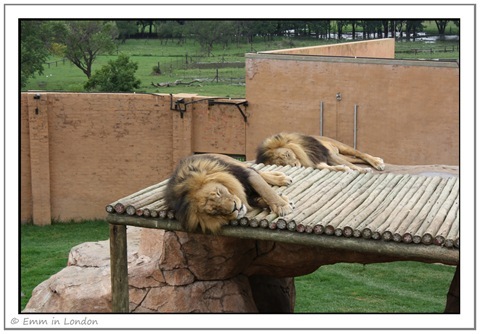 I have been mad about lions for as long as I can remember and my mum tells me it is because I held one as a toddler (I held a monkey too and have a similar fascination).  Lions are known for sleeping most of the day but they do like to roam at night and sadly, there was no room here to do so. 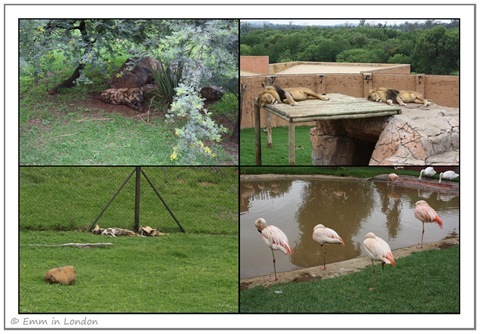 I love the look of hyenas and spent a long time trying to get a photo of the shy female above.  Wild dogs are not as pretty but they are one of the most endangered breeds of animals in South Africa, with only 3,000 to 5,000 left.  They remain in peril even after at least 15 years of targeted conservation efforts. 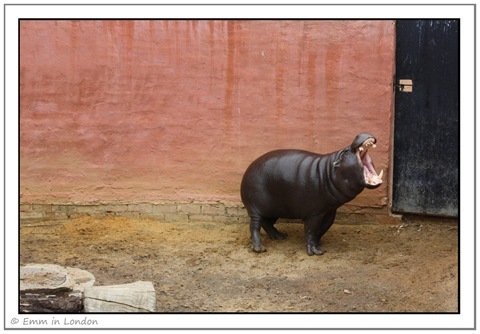 Pygmy hippopotami come from West African countries such as Liberia, Ivory Coast and Sierra Leone.  They are endangered too due to loss of habitat and, of course, war. 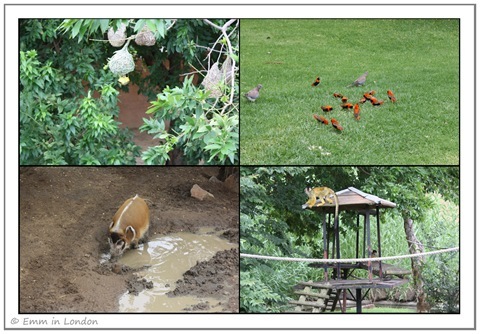 Weaver birds are so named because of the nests that they weave and I was thrilled to get a photo of one weaving. Usually, when we refer to “Weavers” we are referring to the yellow variety and all others are referred to by type, such as the Orange Bishop Weaver. The Orange Bishop Weavers were everywhere to be found in Emerald Palace Resort and are quite beautiful.

South Africa is known for its many national parks and conservation centres where animals are kept in areas as close to their natural habitats as possible. Unfortunately, Animal World is not one of those places and it is closer to a zoo than a safari experience.

I'm not a fan of animals in cages and I am also not a fan of animals so far from their natural habitat. Even though the Lion and Rhino Park north of Johannesburg had tigers and jaguars (from Asia and South America, respectively), they were involved in some serious rescue and conservation operations.

My favourite place would have to be the Lion Park, also north of Johannesburg.  They breed and raise lion cubs there and are involved in efforts to rescue the endangered status of the white lion.  Your best bet if you are visiting South Africa is go to to one of the proper national parks such as Kruger National Park or Sabie Sabie.