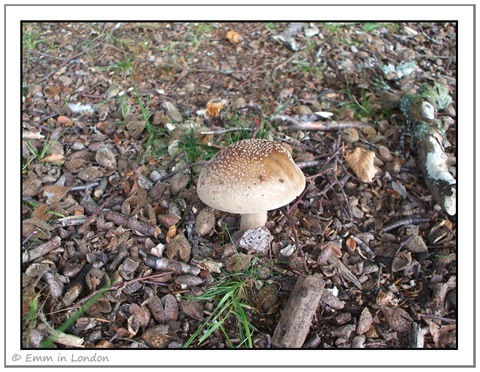 Do you believe in fairies? When I was growing up in England, I was a Brownie.  I was in the Leprechaun pack and I went to Brownies every Thursday evening for a night of legends, fun and tactical games.  I loved Brownies in England and it was one of the things I missed the most when I moved to South Africa.  We had Brownies in South Africa but it wasn’t fun at all.

What I loved the most about Brownies was the folklore about woodlands, forests, brown owls, toadstools, fairies, elves, sprites and pixies.  I wouldn’t be able to tell you if I knew they were just stories; then again, when I think about it now, that feeling of magic, wonder and intrigue returns so I am not sure I don’t believe in them now!

It is the same feeling I get when I read “The Stolen Child” by W. B. Yeats.  I can feel the glamour at the edge of my vision as the veil between fantasy and reality begins to lift.

Come away, O human child!
To the waters and the wild
With a faery, hand in hand,
For the world's more full of weeping than you can understand

I still get more than a little giddy when I see fairy rings or even just plain old toadstools.  I took the photo above during our trip to Scotland last summer.

Over the past four years that I have spent in England, I have had the fortune to travel around Great Britain and learn more about the history of this land.  I’ve been hooked on modern fantasies such as Harry Potter, Robin Hood, Doctor Who and Merlin while learning more about legendary and historical figures such as Boudica, King Arthur and Robin of Sherwood.  This country has such a rich and fascinating history of folklore and storytelling and it spans back thousands of years.  My favourite part of all of that has to be the legends of the magical creatures of the woodlands and forests.

This little magical interlude was brought to you courtesy of The Iron Daughter by Julie Kagawa.  I interviewed Julie in February after reading her first novel The Iron King and I am trying to finish The Iron Daughter in order to review it by the release date on Friday.  The books are about the dark and sinister worlds of fey, fairies and the Seelie and Unseelie creatures and I’m enjoying this second novel much more than the first.