Caernarfon: Within These Town Walls 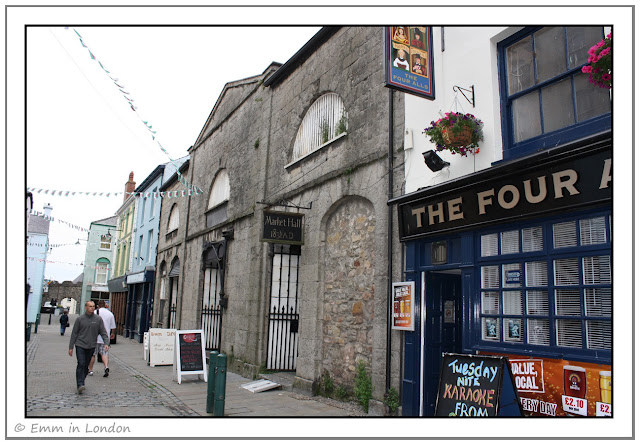 Caernarfon is an historical town located in north-east Wales. It is famous for the imposing and magnificent Caernarfon Castle, one of King Edward I’s famous castles, but its name derives from the time that it was a Roman fortification. Caernarfon was named Segontium in Roman times but it was an important strategic post against Ynys Môn (now known as the the Isle of Anglesey) and thus the current name derives from the Welsh name "y gaer yn Arfon" which means "the stronghold in the land over against Môn".

There is evidence that Caernarfon has been inhabited since pre-historic times by the Celtic tribe the Ordovices. The Ordovices were subjugated by the Romans and used in their battles against the druids living on Môn.

Môn was also known as the isle of Mona and historians might know that Roman governor Gaius Suetonius Paulinus moved on from the absolute destruction and devastation of Mona to defeating Queen Boudica in the battle of Watling Street in 60 or 61AD. I would apologise for the impromptu history lesson but I am fascinated with anything to do with Boudica! 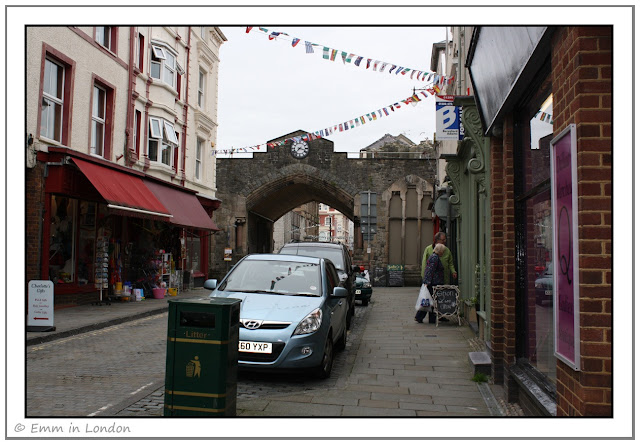 Caernarfon is a special treat for a castle lover like me because in addition to the magnificent castle, the town itself is surrounded by town walls that were built at the time the castle was built (1283-1285).  The photo at the top shows the view looking north, towards Anglesey.  You can see the famous Market Hall which was built in 1832.  If you click on the photo, you will be able to see the northern walls in the distance.

The photo above shows the view of the East Gate, one of two original entrances to the town.  Caernarfon has extended beyond the boundaries of the town walls and that is the road you would take to access the new town. 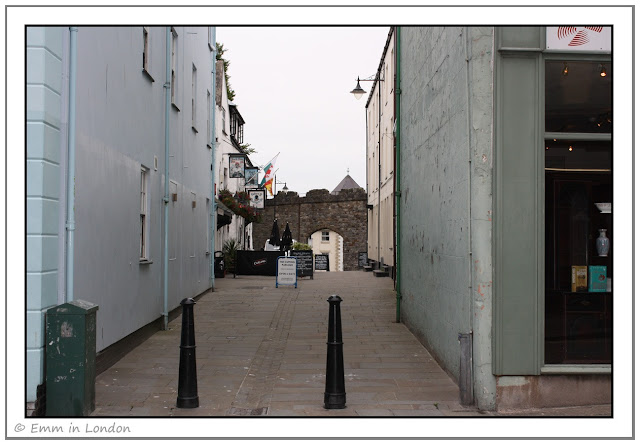 Another view of the northern wall.  On the left, you can find the Black Boy Inn which was built circa 1522.  You can still stay at the inn, giving you the privilege of staying within the town walls, and you may or may not be happy to know that the price of a room no longer includes a free bottle of gin and the services of a young lady for the night.

On the inn’s website, they say that the archway through the wall was not part of the original design but was only added in the 19th century to aid the flow of traffic in and out of the old town. 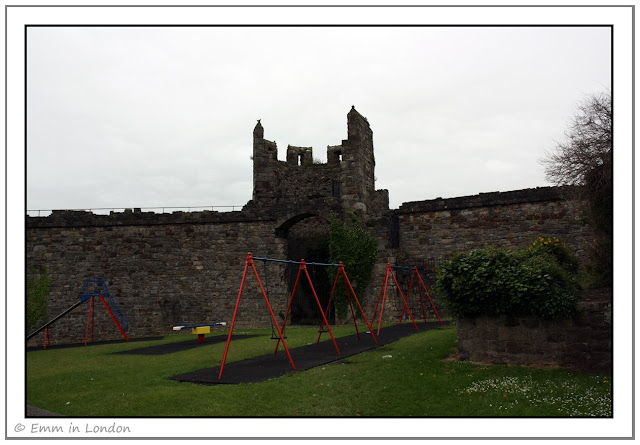 This is the north-eastern tower of the town walls.  It is one of the eight towers and is in remarkable condition given that it was built over 725 years ago!  It is difficult to see, but the tower is still mostly intact and you can get a better idea of the intact state of the entire wall by checking out this aerial view on Bing maps. 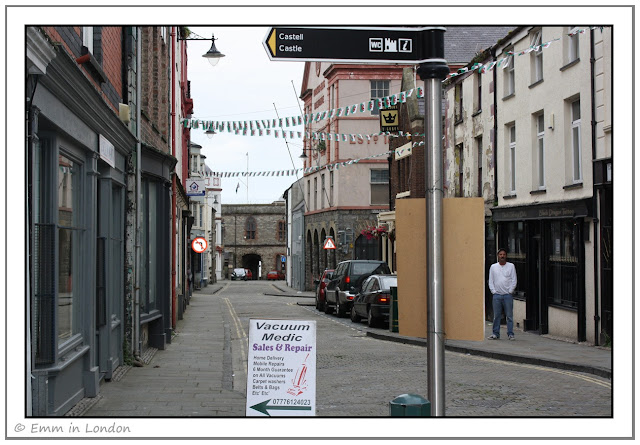 This is the view to the west, showing the West or Water Gate.  In 1854, the The Royal Welsh Yacht Club took the West Gate as its clubhouse. 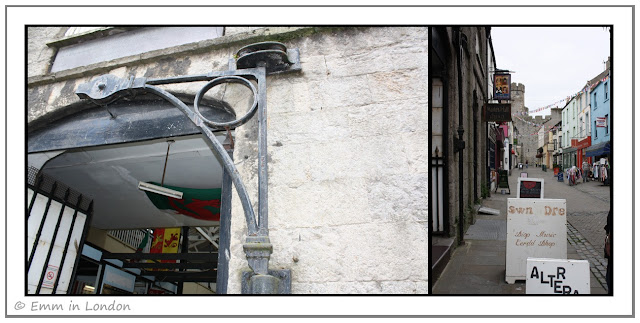 The old Market Hall is still in use today although I doubt that they still use this old lifting mechanism.  I love seeing old contraptions like this though. 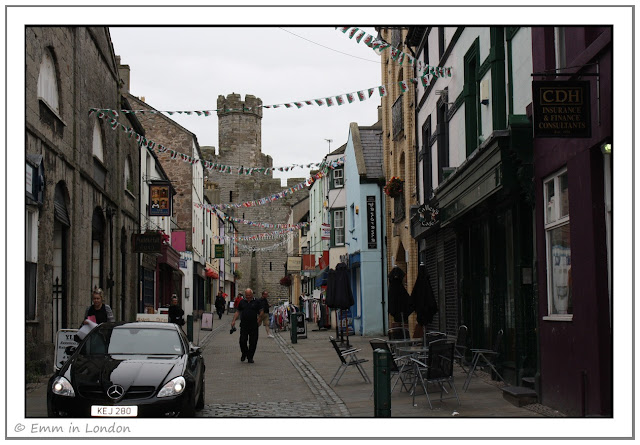 Having explored north, east and west within the old town walls of Caernarfon, it was time to head south, towards the grand Caernarfon Castle.  I love the photo above with the narrow street, shops, pub and castle up ahead.  There is something unmistakeably Welsh about the scene, especially when you notice the bilingual signs everywhere. 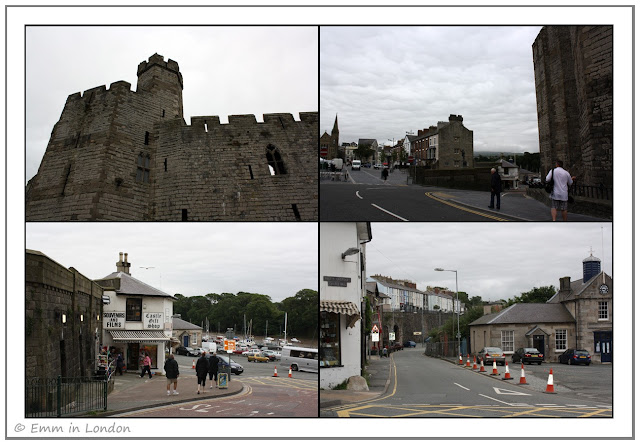 The new town of Caernarfon seems almost plain in comparison to the charming old town that resides within the town walls.