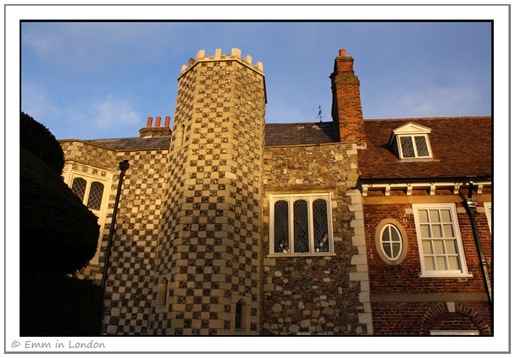 For several years we have driven past the grand old house at Hall Place in Bexley and I have always wanted to visit.  Naturally, I was attracted by the castle-like turrets but I was also intrigued by the presence of two distinctly different architectural styles.  On the left in the photo above, you can see the original Tudor styling as built for Sir John Champneys in 1537.  It is said that due to Champneys’ elevated position in society, he had access to building materials such as those taken from the remains of Lesnes Abbey in nearby Abbey Wood (Henry VIII was embarking on his notorious Suppression of the Monasteries and Lesnes Abbey was one of the first to be closed in 1524).  The Tudor wing has a distinctive chequerboard pattern made of flint and rubble masonry. 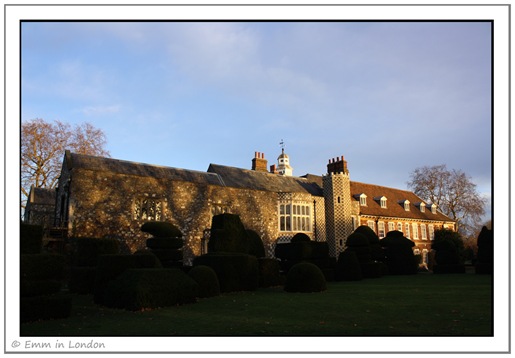 Just under 100 years later in 1649, Champneys’ grandson Richard sold the house to Robert Austen who embarked on a series of renovations and added the red brick wing that you can see above.  The red brick extension encloses a courtyard which includes a staircase tower topped by a prospect room.  You can see the southern front of the house as well as the staircase tower in the photos below.  Also visible below is the beautiful and fantastical creatures from the topiary garden and a view of the extensive lands surrounding the house. 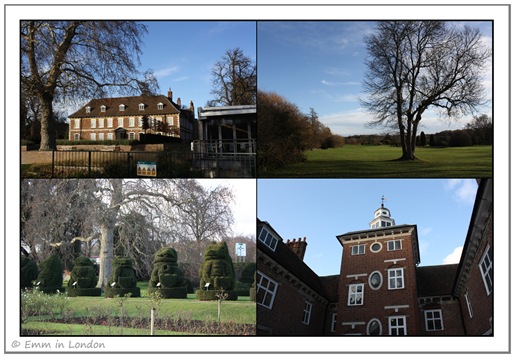 Hall Place rests on the banks of the River Cray and I can only imagine that these grounds must be stunning in summer.  There were geese swimming in the river and the light was beautiful on this crisp but clear winter afternoon. 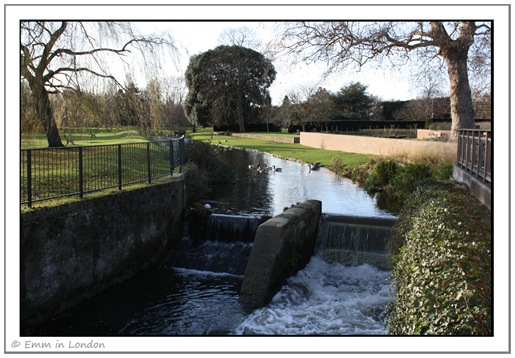 The gardens of Hall Place are designed to be strolled through at a leisurely pace.  I think you will need to click on the photo below to enlarge the image but one of the most intriguing aspects of the display was the timeline of botanical gifts and acquisitions against the backdrop of recent history.  There were plants and shrubs from all over the world, the date of their arrival at Hall Place and the important events that had been taking place at that time.  In the photo below, you can see a Geranium Endressii which arrived from the Pyrenees in 1812 contrasted with the Battle of Waterloo which took place in 1815. 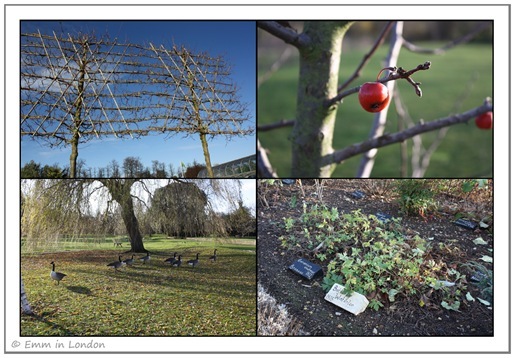 I think this must be the perfect location for a summer wedding.  I looked on their website and they do actually offer wedding packages at very reasonable prices.  They do both ceremonies and receptions which can take place in the grand old Great Hall inside the Tudor wing of the house.  I will show you photos of the interior of Hall Place in my next post. 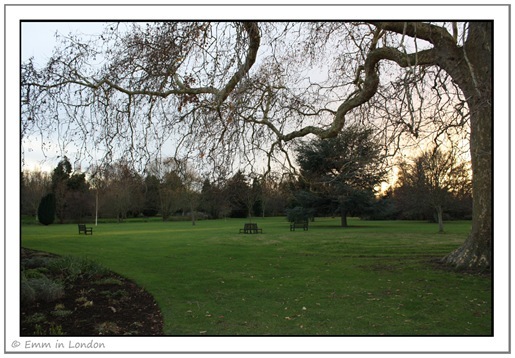 Below is a view of the western front of the house, seen in the late afternoon sunlight.  We saw a gorgeous sunset at the house too.  You can see the wing details on one of the topiary creatures too.  They are so cute.

We decided to have dinner in the excellent Miller & Carter Bexley restaurant which is located in Hall Place’s old barn.  We often go to the restaurant to celebrate special occasions and they have the best fillet steaks I have ever tasted in Britain (or outside of South Africa for that matter). 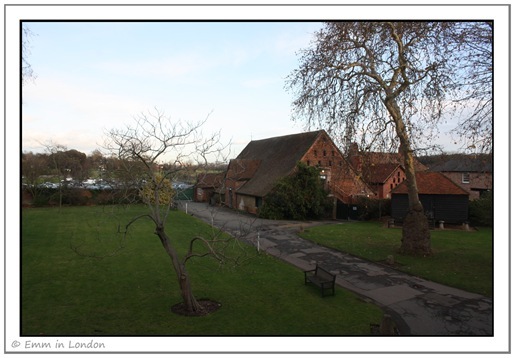