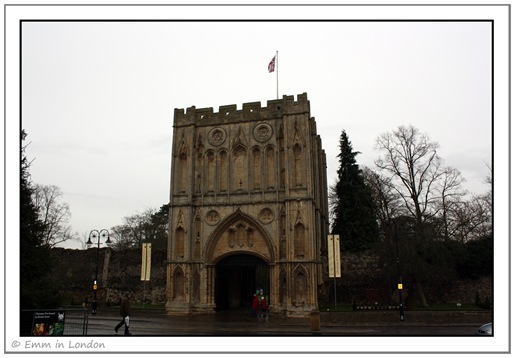 In December, we spent a week at Swilland Mill in Suffolk and visited the historic town of Bury St Edmunds.  The primary attraction was the ruins of the Abbey of Bury St Edmunds which was once one of the richest Benedictine  monastries in England but which fell into ruin following Henry VIII’s Suppression of the Monasteries in 1539. 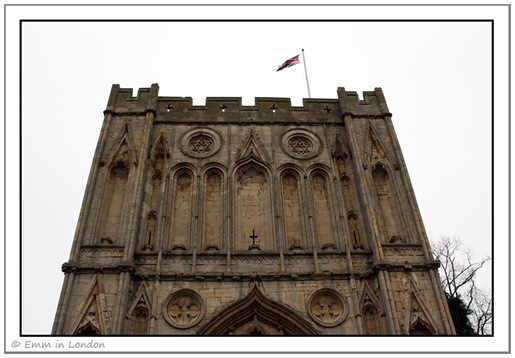 Today, Abbey Gate and the Norman Tower are the only two surviving buildings which could give an idea of the magnificence of the Abbey of St Edmund. 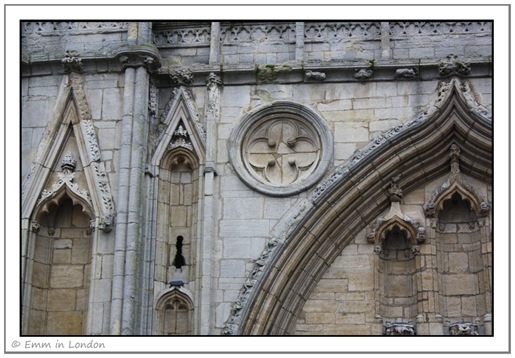 The Abbey Gate is the entrance to the Great Court.  The original gate probably stood slightly to the left but it was damaged in 1327 when the townspeople revolted, plundered the abbey and kidnapped the abbot. 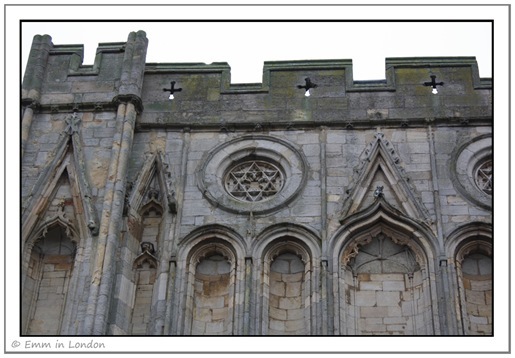 The existing Abbey Gate was rebuilt in 1347 and is quite beautiful. 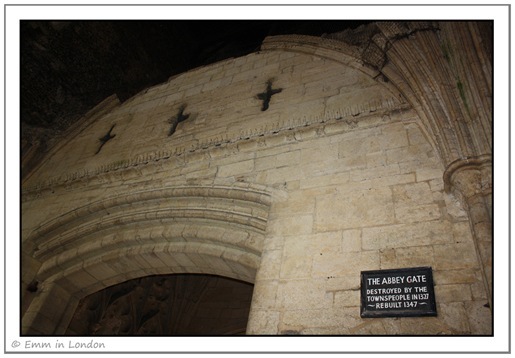 It has battlements, a portcullis and arrow slits in the walls. 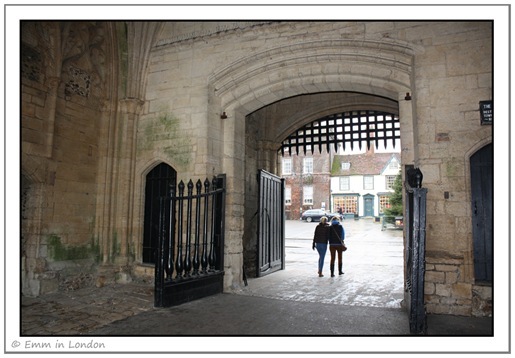 It is just a pity that for all its defensive features, the Abbey Gate provided no defence when Henry VIII went on his rampage against the monasteries. 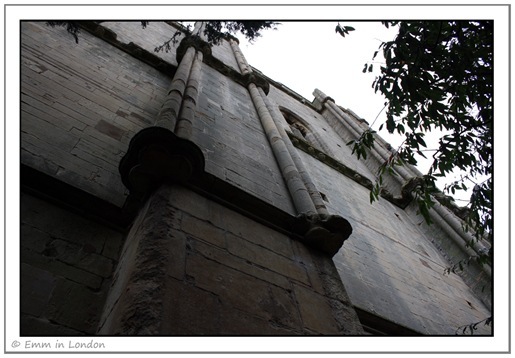 The Norman Tower and Gatehouse lies further to the south of Abbey Gate, on the other side of the present-day St Edmundsbury Cathedral (dedicated as the Cathedral Church of St James and St Edmund). 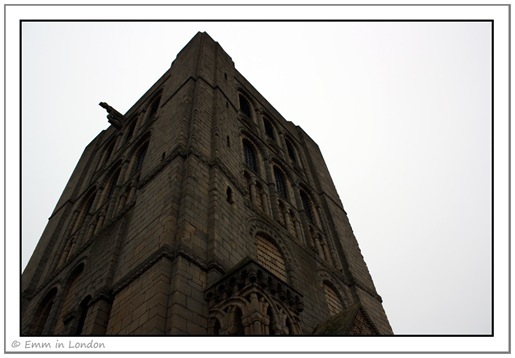 Norman Gate was built by Abbot Anselm between 1120 and 1148 and it was the principle gateway into the abbey precinct.  The belfry is still in use today and serves the cathedral. 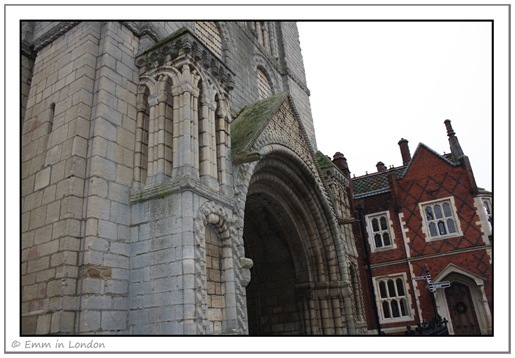 The Norman Tower and gatehouse is four-storeys high and is virtually unchanged from its 12th century state. 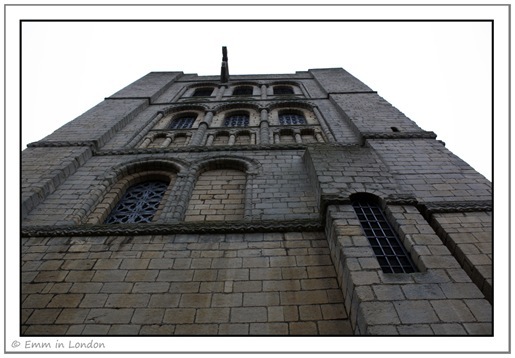 How magnificent is that?  I love Norman architecture.  Next time I will take you through the ruins of the abbey.