So, the long anticipated English winter finally arrived this week. On Tuesday, we experienced our first sub-zero temperatures and although we had some stunning blue skies this week, it was really cold!  Despite the cold, I was absolutely, 100% convinced that it was not going to snow.  Call it denial but I honestly thought that the snow wouldn’t fall in my little corner of south east England. 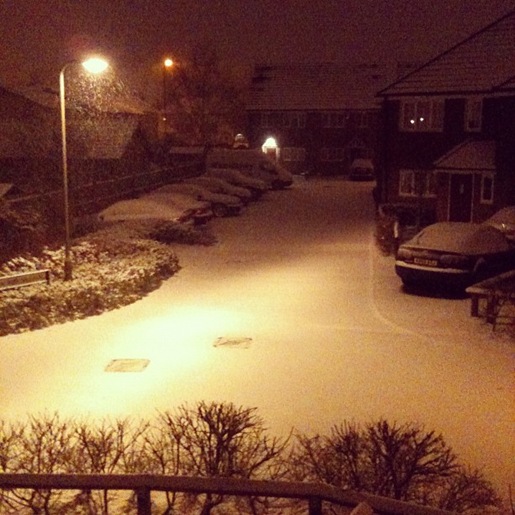 I was wrong.  It began snowing at about 9pm last night and must have snowed through the night because we woke up to a winter wonderland this morning. 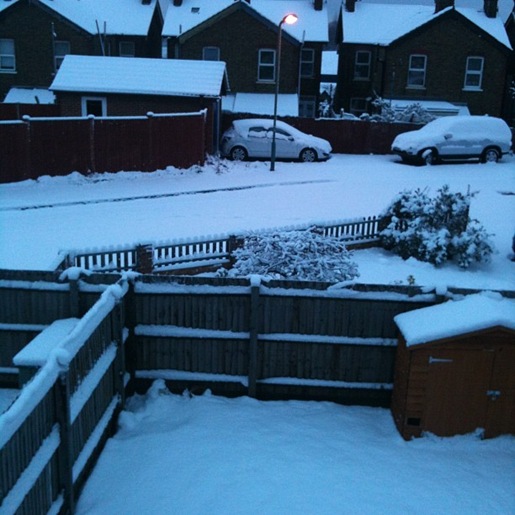 Actually, that is not strictly true.  I woke up to the sounds of my neighbour shovelling snow from his driveway.  Now I have never heard that in my life before!  The snow isn’t usually bad enough for that in England but I expect that his wife had struggled to leave for work this morning. Anyway, it was weird. 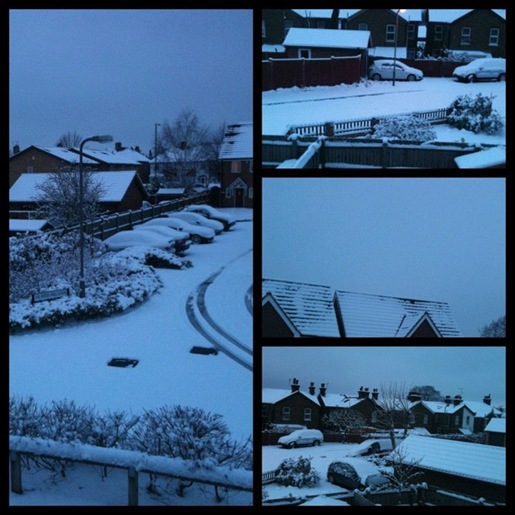 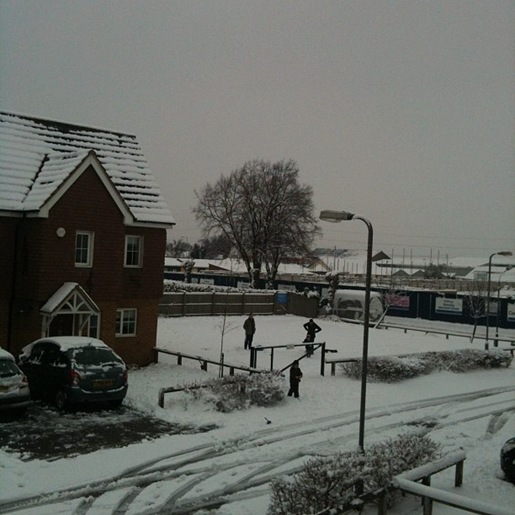 Later on in the morning my neighbours came out to play on their snowboards.  It was so cute as all I could hear was “Squeal! Giggle, giggle, giggle”.

I have no doubt that the snow is going to be less of a novelty or source of amusement tomorrow when I don my cow-print wellies and walk to the rail station in the snow, but it was pretty cool today.