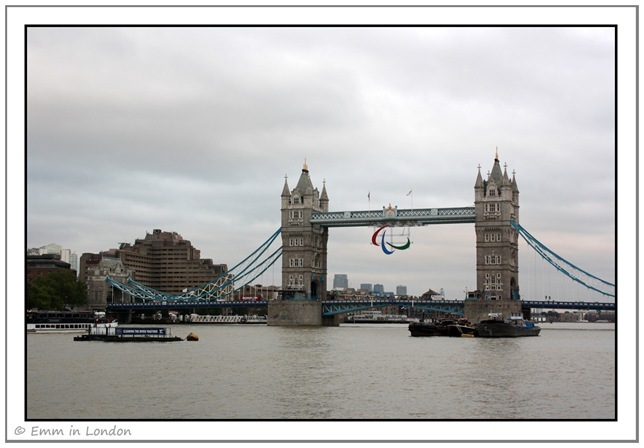 The Agitos are the symbols of the International Paralympic Committee and were unveiled at Tower Bridge on Friday.  The Agitos will remain on Tower Bridge until 12 September so make sure that you go along to capture them!

Did you know that the term “Paralympics” means that they run parallel to or alongside the Olympic Games?  The Paralympics will run from 29 August to 9 September and will hopefully run smoothly following the trial run last month.