A Mariner’s Dream at the Classic Boat Festival 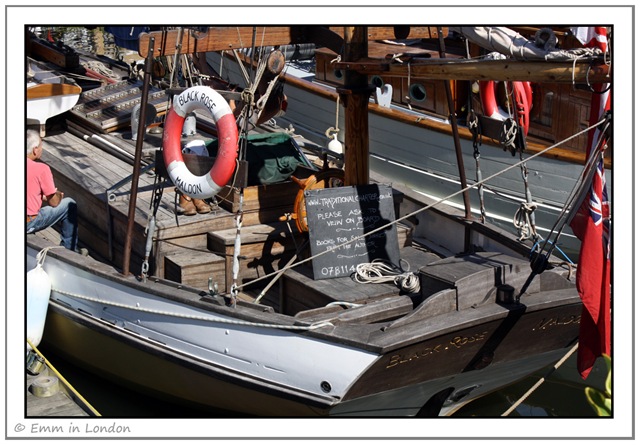 With all the hustle and bustle of a modern city, it is sometimes easy to forget London’s proud naval and maritime history.  The invading Romans strategically established Londinium on the banks of the River Thames and by the 19th century the Port of London was the biggest port in the world. In its heyday, the Port of London was the seat of the world’s industry, trade and commerce.

Of course, with boats and shipping came not only a love for the high seas that seems to run in our veins but piracy, adventure, treasure and the discovery of the New World.

The Classic Boat Festival saw 34 of the finest vessels basking in the sunshine at St Katharine Docks as part of festivities of the Mayor's Thames Festival. 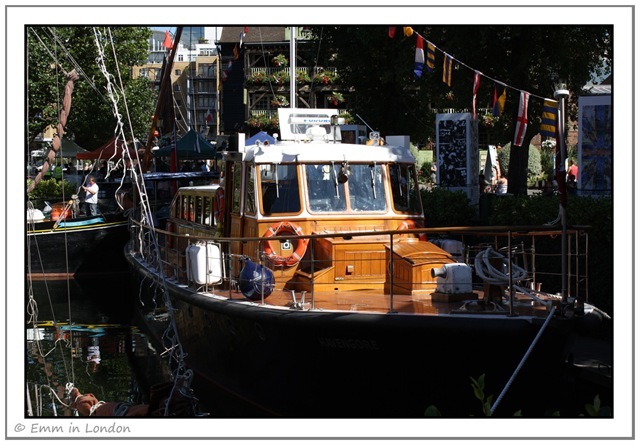 The Havengore is an ex survey vessel that was commissioned by the Port of London Authority in 1954.  She was the first vessel on the Thames to carry a computer, a General Automation SPC-16, installed in 1972. 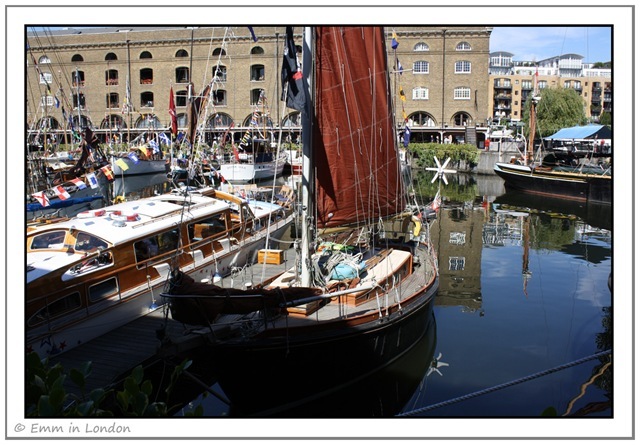 Creag Dubh (meaning ‘Black Rock’ in Gaelic) was named after a mountain in the Scottish Highlands.  Her home port is in Gillingham, Kent which is really close to where I live but she has sailed as far as The Isles of Scilly. 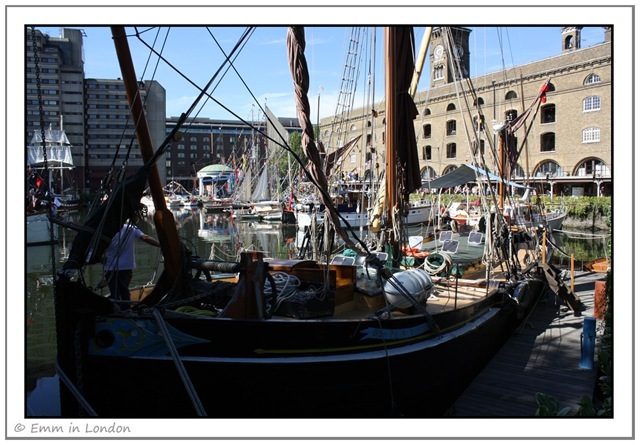 May is a Thames sailing barge and is the Olympian of the group.  She has transported to Canda for the 1976 Olympics and has participated in the east coast Sailing Barge races, winning the Thames Chamion pennant five times between 1995 and 2007. 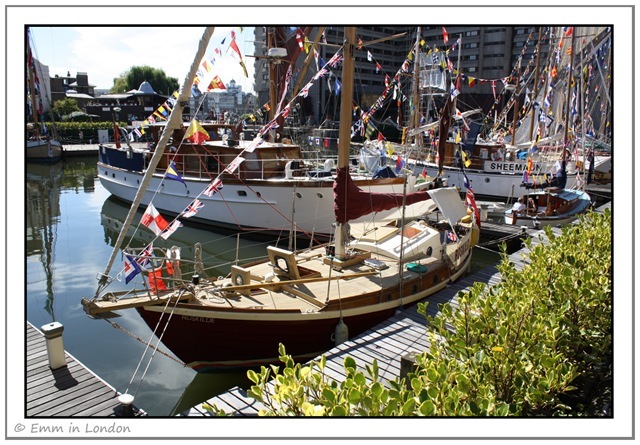 The Roskilde was one of my favourite of these grand old vessels, simply because she has been used for such great good.  Roskilde was used as a teaching vessel on the Thames to teaching sailing to children in care.  Apparently the original owner, Rozelle Raynes wrote a book about this called Tuesday Boys but sadly, I couldn’t find an Amazon link for the book. 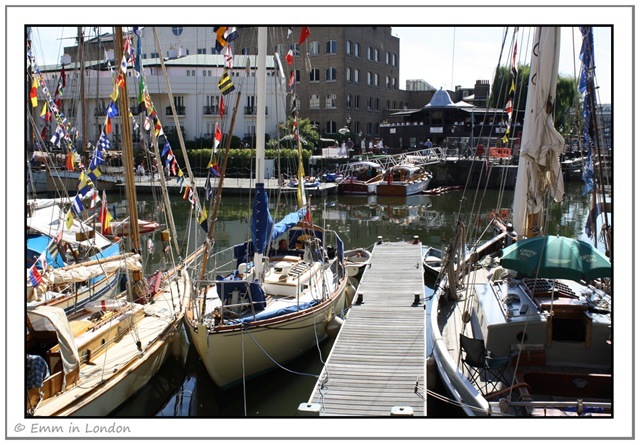 Tasia appealed to me because she had great crimson sails in her photograph on the information board.  If anything captures the imagination more, it was this fancy Bermudian Sloop who began as a gentleman’s cruising yacht in 1937.  I have to admit, the idea of embarking on a voyage on the wide open seas with a handful of books and some sun cream is especially attractive right now.  I wonder if I could convince Stephen of this? 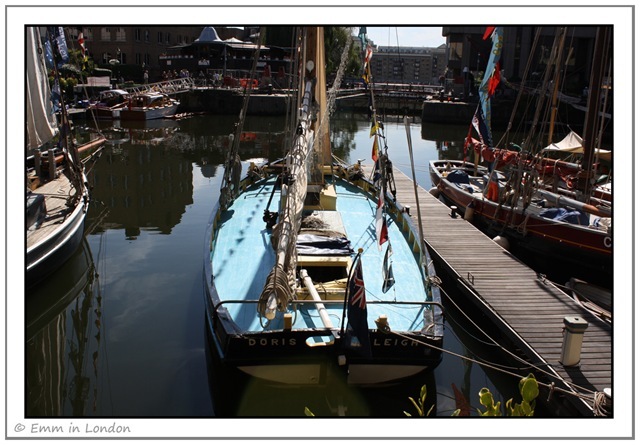 Doris was my favourite of all of the boats we saw at St Katharine Docks.  Not only was she the prettiest, but she had such a lovely history.  She was built in 1909 and named after one of the owner’s daughters.  Later in 1999, the original owner’s grandson stepped aboard the Thames Bawley for the first time, thus completing the circle.  I love that type of thing. 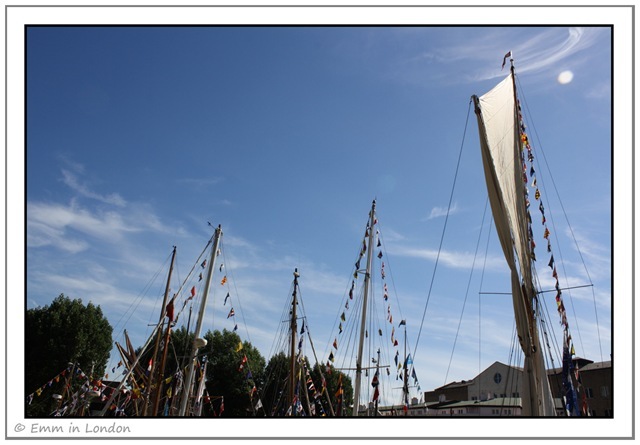 Naturally, not a single summer post can go by without me remarking how wonderful the weather was.  I’m hoping to store all of these wonderful images to use in the depth of winter when I’m no longer feeling as optimistic.  Having said that, I absolutely intend to avoid the winter blues this year in keeping with the tradition that I began a coupe of years ago. 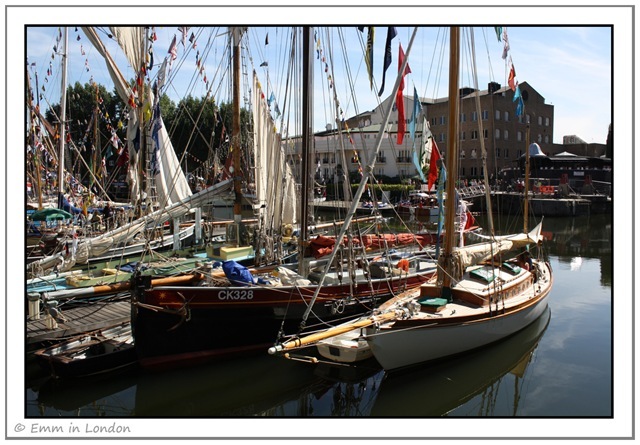 The final boat is the appropriately named Sunbeam.  Originally built in 1881, Sunbeam was one of the few boats fishing out of Brightlingsea, Essex during World War I.  Can you imagine the things that these majestic old vessels have seen?  Sunbeam fell into rot (I love the naval version of ‘disrepair’) after the war but was thankfully fully restored in the 70s and sailing again by 1983. 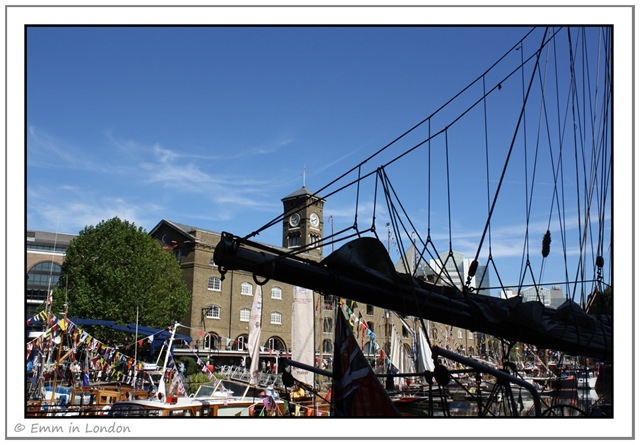 It seems that I am forever falling in love with a different area of London but St Katharine Docks has to be my discovery of 2012.  I am really keen on going one evening to photograph the area at night.  Until then, I will dream of the wind in my sails and the soft rush of water as I breathe in the salt air.