Beauty in Brutalism: The Barbican Estate 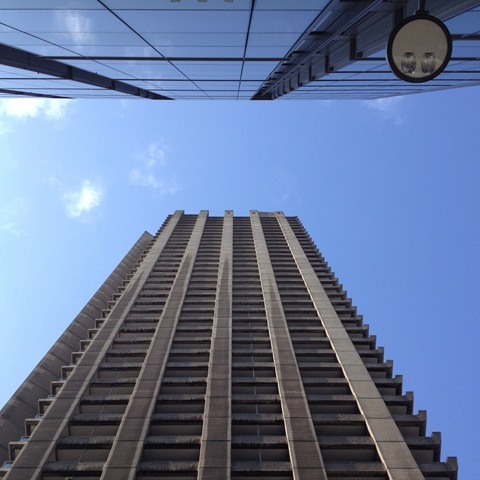 There was a time when, in my esteemed opinion, structures like The Barbican represented everything that was wrong in the world of architecture.  Of course, I was nine years old but all of that concrete and brutalism was too stark a reminder of how grim things had been in the small northern town where I grew up during the Thatcher years. 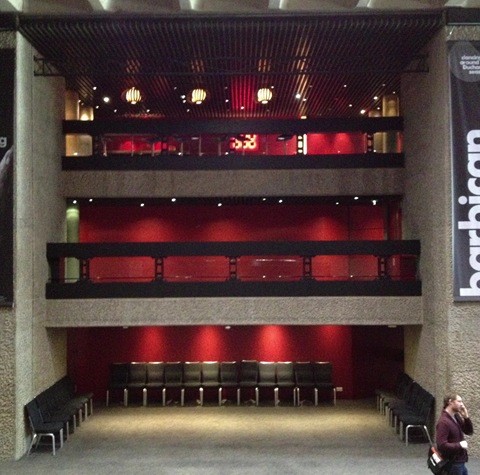 Somewhere along the way, something strange happened and I fell in love with the bold, hopeful lines of the walkways in the sky. It was a gradual process but by the time I finally laid eyes on the Barbican Estate last year, I was well and truly converted.  I wasn’t able to explore the estate last year and had been meaning to return for some time. 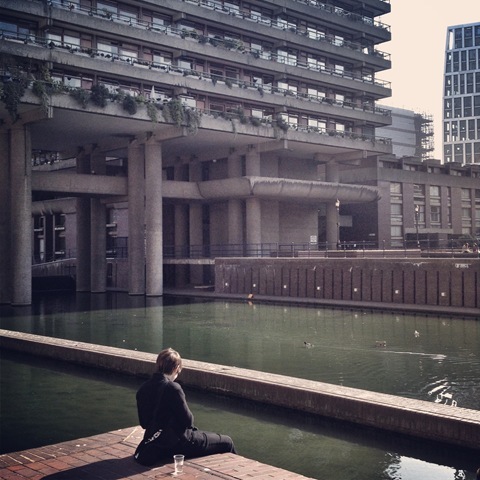 Last week, we had a rare glimpse of spring (so rare, in fact, that winter has since returned) and I took a stroll from Moorgate to Barbican after writing an exam. I walked through the commercial part of the Barbican Centre and emerged into a central area with the Barbican Foodhall and lakeside area. 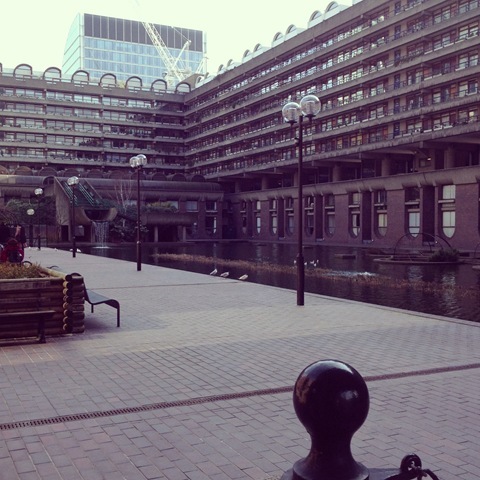 I only really have faded memories of my visits to London in the 1970s but I experienced the strangest feeling of déjà vu and was overcome by a very strong desire to live here in the Barbican and spend the rest of my days dressing in brown clothing. No, it doesn’t really make sense to me either.  I guess growing up in the 1970s is somehow imprinted on my brain. 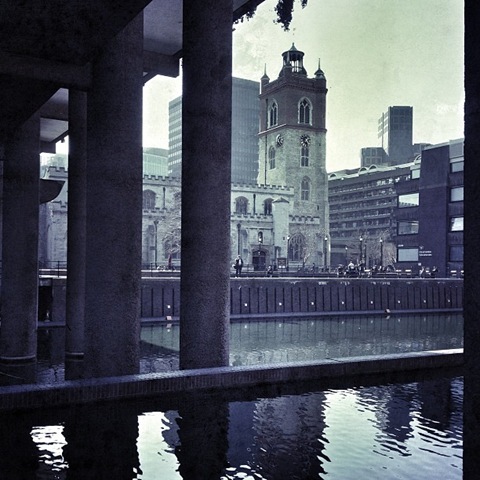 The area where The Barbican is situated was once known as Cripplegate and the church in the photo above is St Giles-without-Cripplegate.  Cripplegate was destroyed during World War II with massive loss to both property and lives. I think that we underestimate the devastation of London in the Blitz and just how many years it took to rebuild the city. The Barbican Estate was rebuilt between 1965 and 1976 in the Brutalist style. 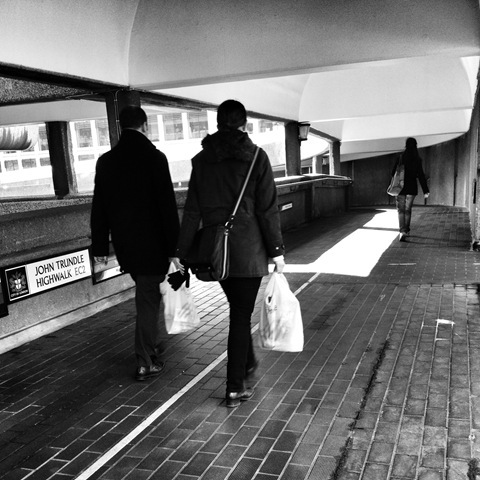 Walkways in the Sky

I spent some time walking through the residential estate to the Museum of London and one thing that did occur to me was how oppressive the very low ceiling of the walkways felt after a while. I’ve certainly come to appreciate the endurance and impact of Brutalism but there is really no escaping how oppressive it is too. 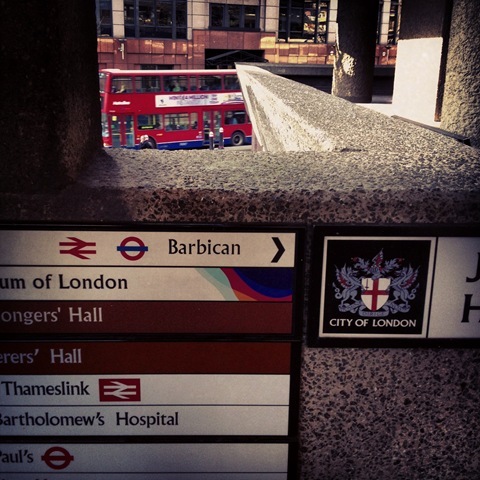 Of course, there is nothing oppressive about living in a swanky apartment in one of London’s most prestigious estates and as crazy as it sounds, that is precisely what the Barbican Estate has become.  Apartments sell for over £1 million these days and offer some of the best views in the city.  I guess it is time to start saving? 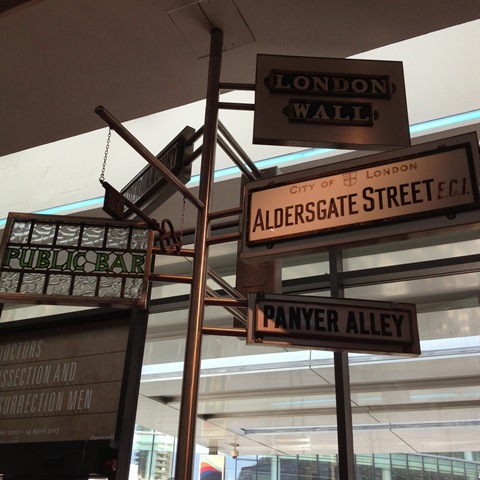 The Museum of London

What do you think? Do you agree with nine-year-old me or can you see why I’ve come to appreciate Brutalist architecture?