The Museo D'arte Antica or Museum of Ancient Art is significant both for the works it houses and the frescoes painted upon the ceilings and the walls. Located on the ground floor of the Ducal Courtyard in the Castello Sforzesco, we walked through the rooms that were once converted to barracks and dormitories by Napoleonic forces but have since been lovingly and carefully restored. It is here in the museum that we felt most strongly the connection between the Sforza family and the great master Leonardo da Vinci.

These were the five items that most inspired my imagination: 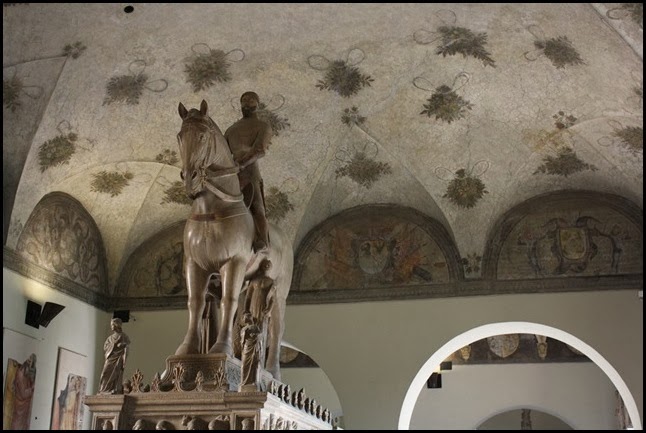 Room 2. The frescoes in this originate from the Spanish Age and depict vines, flowers and coats of arms. I was most impressed by Bonino da Campione’s marble Sepulchral Monument of Bernabò Visconti. 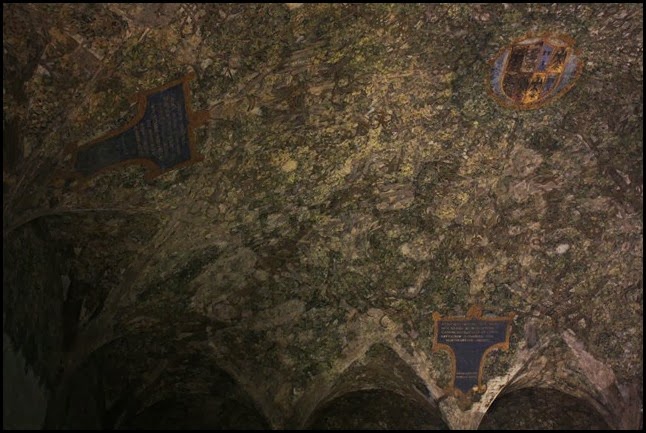 Room 8: La Sala Delle Asse. I know, the photo above doesn't exactly inspire awe but if you're playing along at home, you should open your mouth and say "wow" right now. That is an original Leonardo da Vinci fresco, currently being restored and taken in low light without a flash to preserve the works. The fresco depicts the leafy coverage of a forest and it flows down the walls into tree trunks. There was great excitement just last week when it was discovered that the works extend even further down the walls to what looks like the roots of the trees stuck in rock. 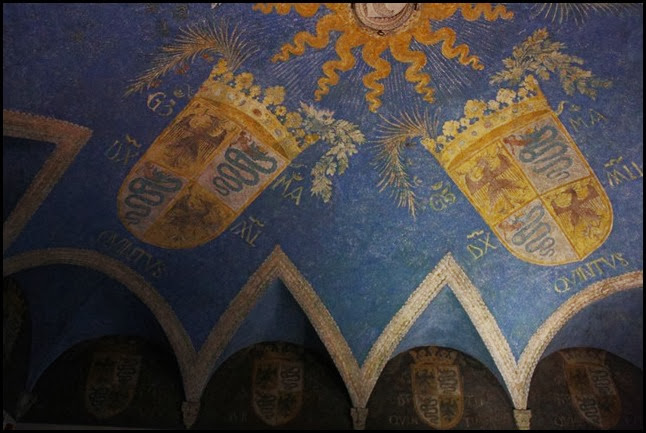 Room 11: Sala dei Ducali: This room was once a wing of the ducal apartments built for Galeazzo Maria Sforza and Bona of Savoy in 1468. The beautifully decorated ceiling features a Sforza coat of arms and you can just make Galeazzo’s initials above: GZMA. 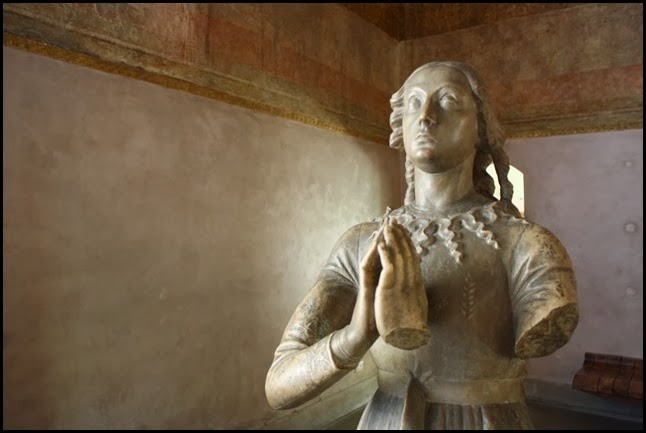 Room 12: Capella Ducale: I must point out at this point that our tour guide was talking about lots of other interesting facts but I was transfixed with Pietro Antonio Solari's statue of the Madonna del Coazzone. This room is the Ducal Chapel which was turned into stables by Napoleonic forces. 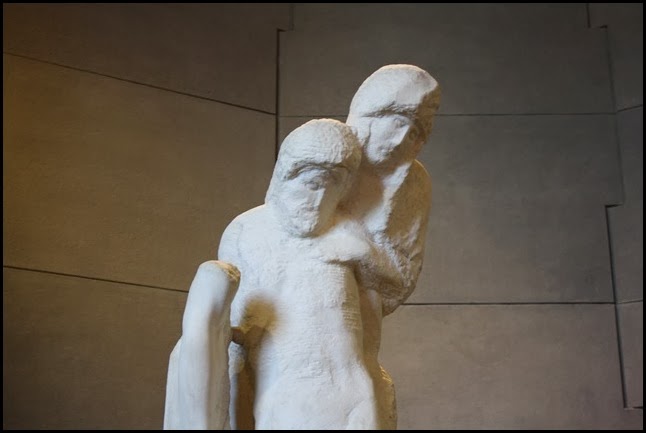 Room 15: Sala Degli Scarlioni. I had quite underestimated how it would feel to see an original, albeit unfinished work of Michelangelo’s sculpture. I’d seen photos of Michelangelo’s David and thought I knew it all, even hanging back to let the other people see the Pietà Rondanini first. Naturally I was wrong and there was something startling about this unfinished sculpture. Our guide showed us the features of the previous, larger sculpture which Michelangelo decided to cut away, the face facing towards the left, the arm that remains suspended. In my mind’s eye, I compared the perfection of David and marvelled at the vision this man must have possessed to see this stone before him and create such permanent and enduring beauty. Sometimes it is nice to be wrong.

Our tour of Castello Sforzesco and Museo D'arte Antica was relatively short and the next time I blog about Milan, I will take you to the Convent of Santa Maria della Grazie, Milan where The Last Supper is located.

Do you like visiting museums and art galleries? Have you ever been truly surprised or inspired in one?