A Walk Through Old Town Mostar 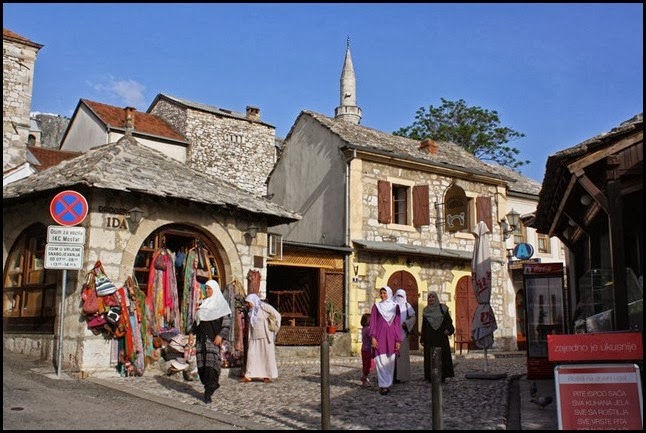 When we had taken our fill of the best view of Stari Grad Mostar, we decided to stroll through the old market in Old Town Mostar. It is no secret that I fell in love with Mostar and it is one of the few places to which I will definitely return in future, so it would be difficult to choose which was my favourite place or moment in our all too short stay. Ultimately, I think it was the market and Old Town that inspired my imagination the most. 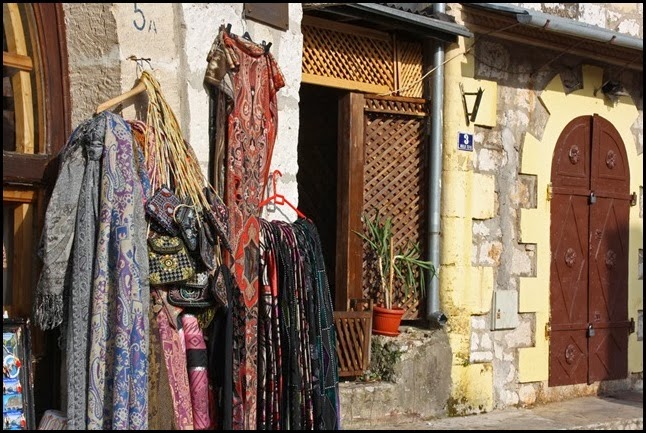 There is evidence of Roman and Christian settlements in Mostar but it was the Ottoman rule that gave the town its distinctive character. In Ottoman tradition, Mostar was rapidly urbanised and the town was divided into a residential area and the čaršija or commercial area. Tales of Ottoman bazaars with rich fabrics, spices and exotic foods fill my mind as I walked through the market and imagined a place that resembles so closely the town it was almost 500 years ago. 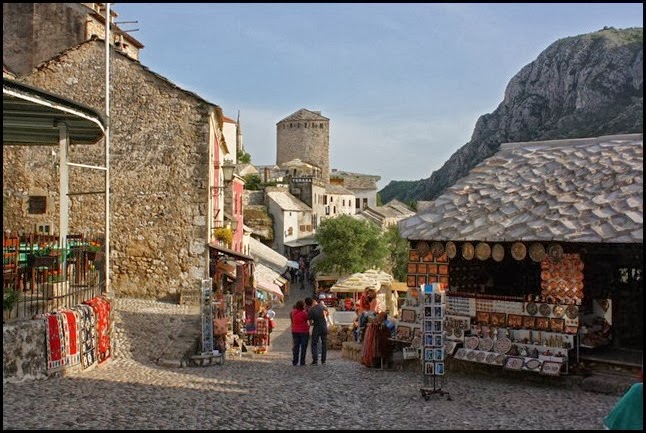 I imagine the grand fashions of medieval times and the Ottoman empire, travellers passing through Mostar on their way to distant and mysterious lands, different languages and culture and the trade of trinkets, keepsakes and precious goods. I imagine what it must have been like to see the beautiful bridge, built in 1566. Evliya Celebiya, travel writer, described the bridge as a rainbow in 1566. “It looks like an arch of a rainbow... And it stretches from one cliff to the other... As the fortresses were positioned on both sides of the bridge, consequently it is not possible to cross from one side to the other except for by means of that bridge”. 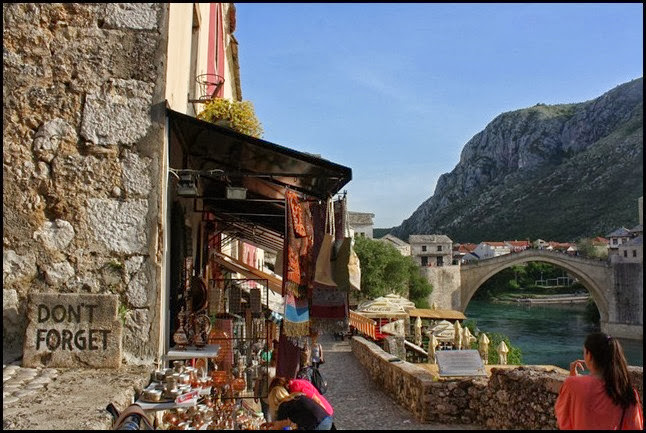 Of course, the truth is that there is not a single bridge in Mostar that is older than 1994. We are urgently reminded that we must never forget about the war that destroyed the bridge and unity in the town. Can Mostar rise above this to once again become a symbol of unity, the centre of the world? I believe so. The Bosnian people are incredible. They are warm, inviting and friendly which in part is why I want to return. 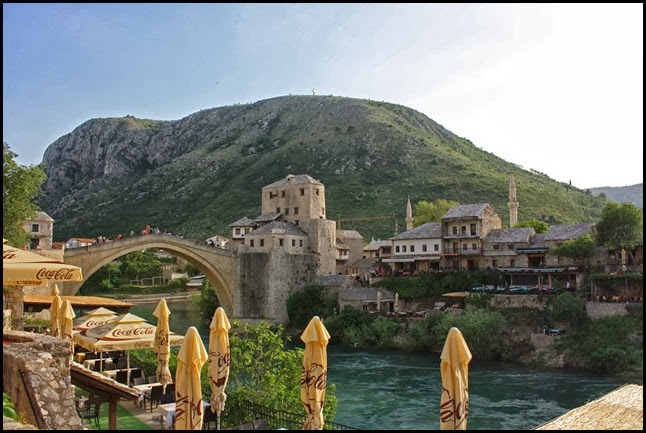 The Old Bridge area of the Old City of Mostar has been awarded UNESCO World Heritage status and they cited especially the reconstruction of Stari Most in their decision: “The reconstructed Old Bridge and Old City of Mostar is a symbol of reconciliation, international co-operation and of the coexistence of diverse cultural, ethnic and religious communities”. Stari Most was reopened on 23 July 2004. 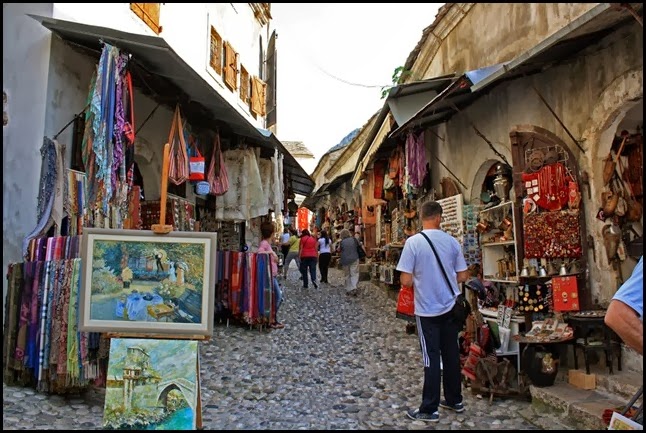 Can you hear the chatter, detect the scent of fragrances and spices carrying on the air, hear the different accents from travellers across the empire?