The Death of a President and Feeling Very Far From Home

It was 10pm London time when I heard the news. My husband saw a post on Facebook and we immediately flipped over to a South African news site to check. The site was only reporting that Mandela was seriously ill and so we switched on BBC News. There it was: Nelson Mandela had died at the age of 95. Still with a glimmer of denial, I retired to bed and checked my Twitter stream as thousands of tributes began to pour in. As I lay there in the dark, I felt farther from home than ever before.

When I woke up this morning, I felt strangely shaky and teary. I’m not one to get upset about the deaths of politicians or celebrities but this felt different. I didn’t want to be sad, I wanted to celebrate the life of Madiba and the changes he brought to our country. 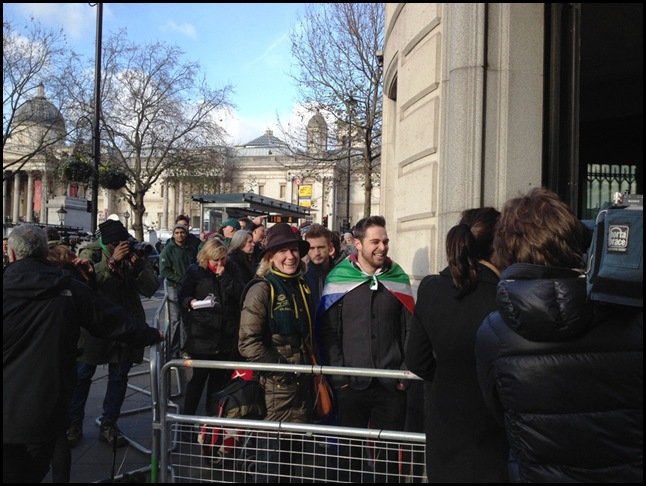 I felt unsettled the whole morning and then at lunch time, I felt drawn to the South African embassy in Trafalgar Square. It was incredibly emotional standing there at South Africa House. People were singing Nkosi Sikelel’ iAfrika and Shosholoza on a crisp, cold December morning as they waited in a line to enter the embassy and pay their respects. The embassy had set up one single book in which visitors could leave a message and the queue stretched all the way up to St Martin-in-the-Fields Church. There was a moderate police presence and barriers had been set up to control the increasing crowds. I overheard a man ask an embassy official whether they would consider setting up a place for people to leave flowers and tributes but the bewildered official seemed unsure. 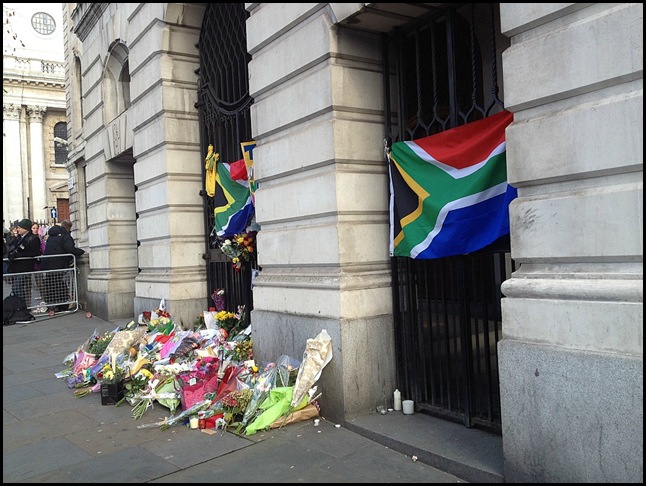 As I walked up towards the end of the queue, I saw that people had set up a memorial site after all against a rear wall of the embassy. News cameras focused on individual people being let through the barriers to leave their tributes and a mother took a photo of her daughter as she left a small bunch of flowers. 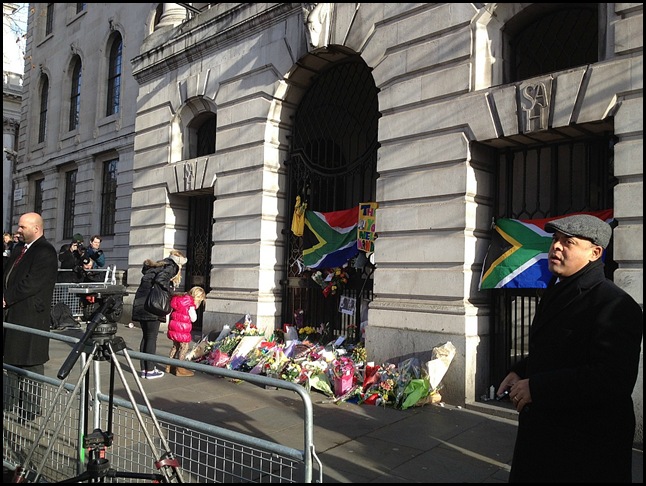 Suddenly I felt really self-conscious. It was exciting to be there among so many South Africans, to hear those beautiful accents and to feel part of something so historic and important. But as I looked down the queue, I realised that I would never reach the end of it during my short lunch hour and my heart sank. My eyes filled with tears but then I looked around at the people around me. I was surrounded by hundreds of South Africans on a cold winter morning in London. There were many teary eyes and sad smiles but we were here in mutual respect and admiration of a man who changed our country. Suddenly I didn’t feel so far from home after all. 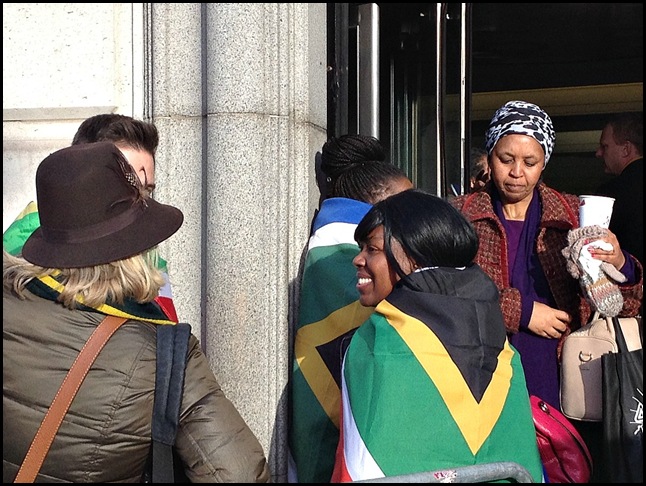