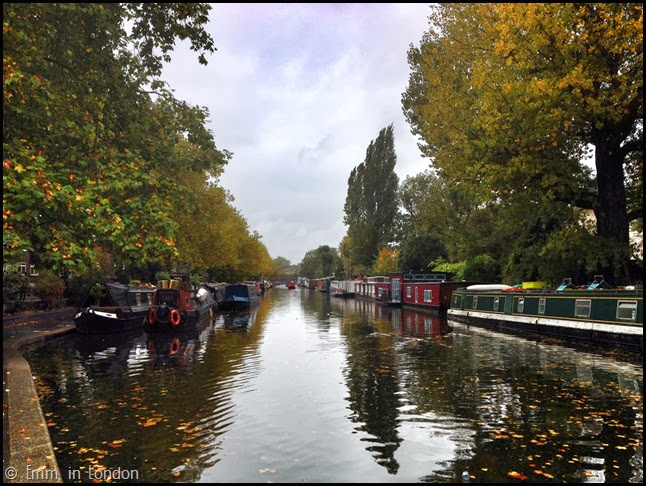 A couple of weeks ago, one of my oldest friends and the father of my stunning goddaughter was in London for a short visit. He lives in Seattle now and doesn’t often visit London, so it was a treat to see him on this cold and rainy autumn afternoon. I had already explored Little Venice and Grand Union Canal once before but I was keen to explore the stretch I hadn’t walked from Paddington, through Little Venice, past London Zoo and up to Camden Lock. 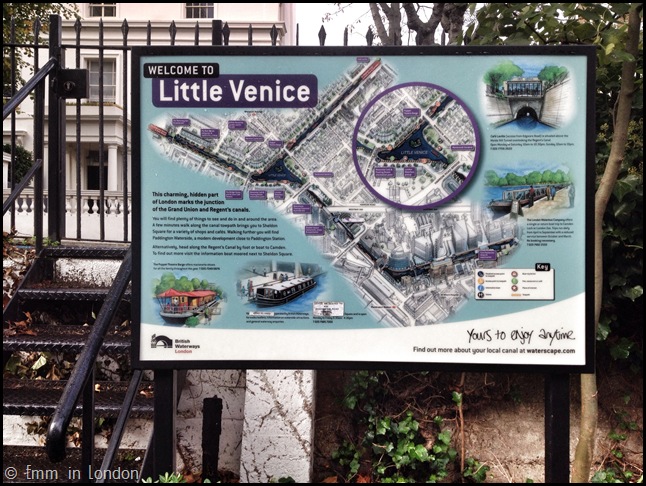 Little Venice is a beautiful network of canals lined with houseboats that are inhabited throughout the autumn and possibly into winter. Many people live permanently in their houseboats but visitors can also hire them for short stays. 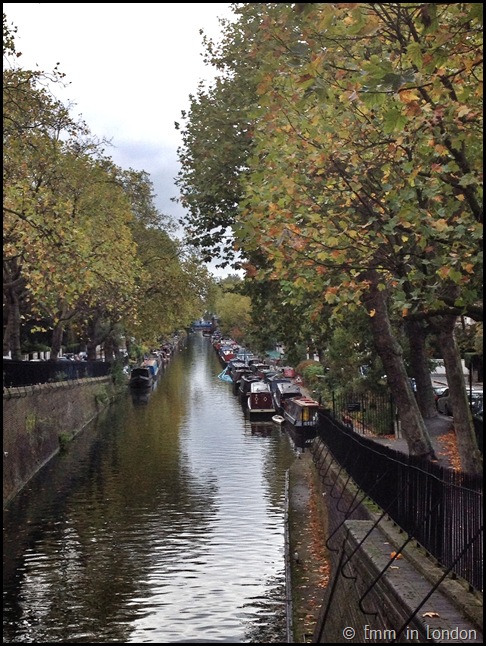 Some parts of the canal are quite exclusive and snooty and there was a large portion of it along Blomfield Road where we were unable to walk alongside of the riverboats and canal. As soon as we were able to rejoin the canal, we spotted the terribly inviting Cafe Laville where we stopped to inhale three hot chocolates and admire the view.

There is quite a long distance after Cafe Laville where Regent’s Canal flows underground, so be sure to follow my map at the end of the post to find the canal again. 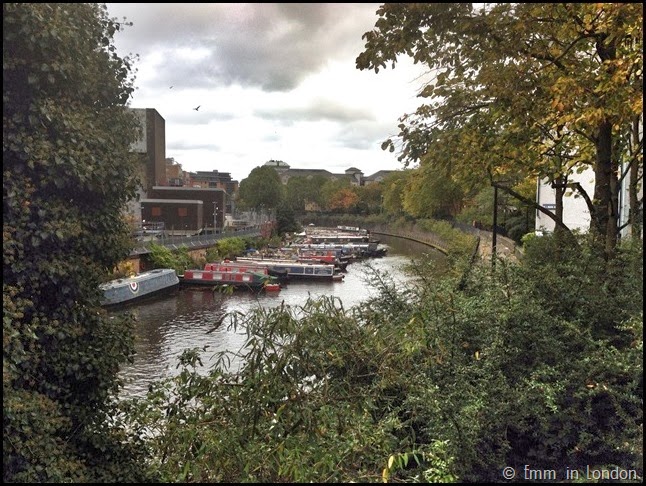 This is the view of Regent’s Canal from Lisson Grove. Despite the cold and occasional rain, it really was a beautiful autumn day. 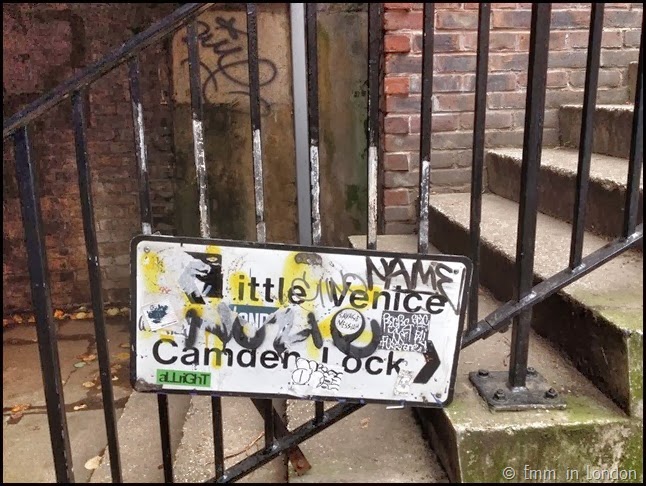 As we began our approach to Camden, the area became decidedly grittier which was an interesting juxtaposition against the mansions lining the edges of the canal. The mansions were pretty but were so imposing that I couldn’t seem to get any decent photos of them at all. 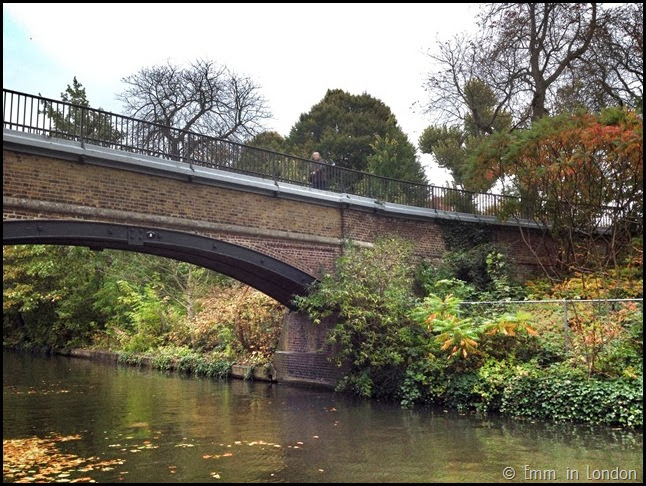 It would be interesting to see these scenes in just another month or two. It looks so pretty now with the oranges and browns but will look stark once the leaves have fallen. 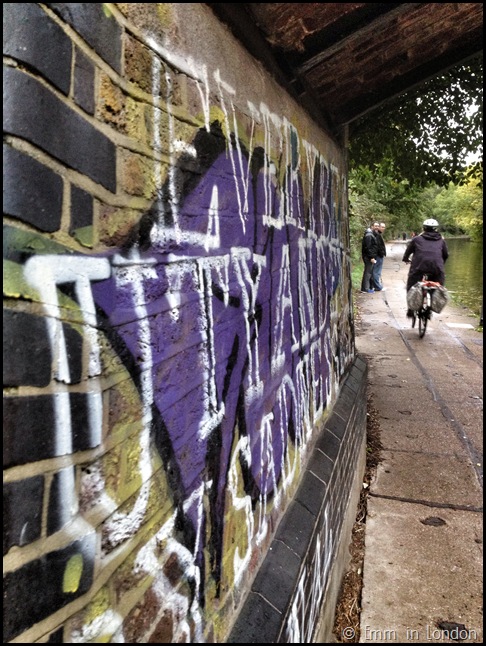 What I love most about this stretch of the Regent’s Canal is how popular and diverse it is. There were families walking with their children, some pushing prams. Cyclists tried their best to drive pedestrians into the canals and groups of young men drank lager under the arches. I have to be honest, I was happy to be with two strapping South African lads who could protect me if need be!  Can you spot them up ahead in the photo above? Both were lovely about my incessant photo taking. 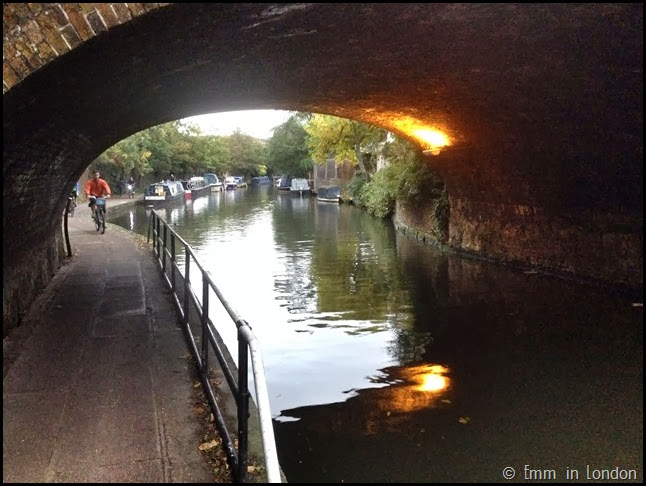 As the day turned to dusk, lights were switched on giving the canals a festive look. 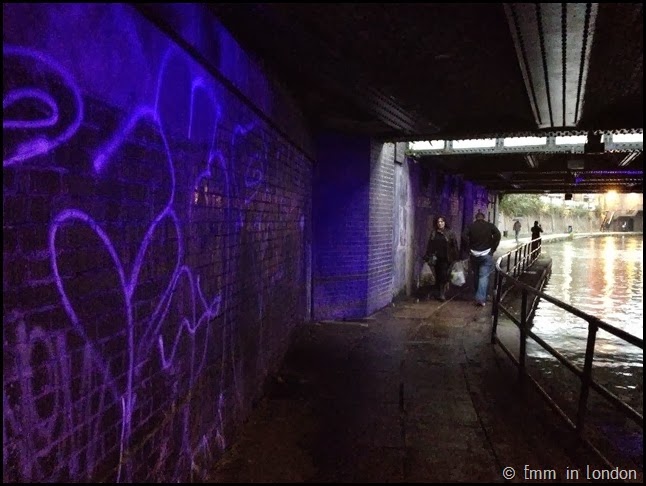 I was really interested to see the blue lights under some of the arches. It reminded Stephen and me of the public toilets in Melbourne, Australia where they used blue lights to prevent addicts shooting up in them (evidently you can’t see veins under blue lights). I wonder if they were using the lights here for the same reason? 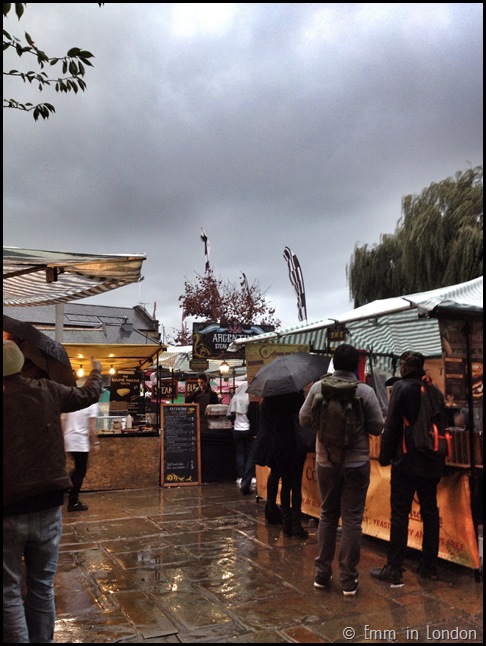 We eventually arrived at Camden Market and not a moment too soon as it really began to pour down with rain. I would have loved to have indulged in some street food but we were really too wet and soggy for that. We stayed under cover while I showed my friend around the market. We spent a memorable half an hour in Cyber Dog reliving our raving past and then headed to an old favourite of mine, the Lebanese Mezze restaurant in the Stables Market.

It was a fantastic day with old friends, life-saving hot chocolate and shared Lebanese food, just the type of day memories are made of. 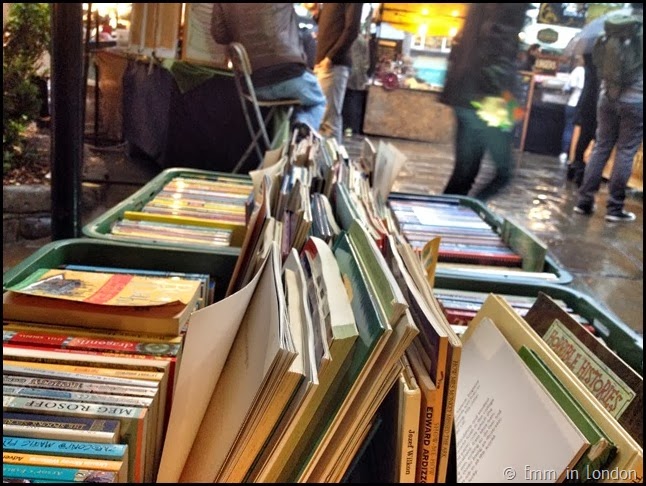 If you'd like to recreate our walk, here is a map of the route along Regent's Canal from Paddington to Little Venice to Camden Lock. As long as you don’t take a wrong turn like we did, the walk should take about 90 minutes which includes the hot chocolate break.