Climbing to the Top of Mont St Michel, Normandy 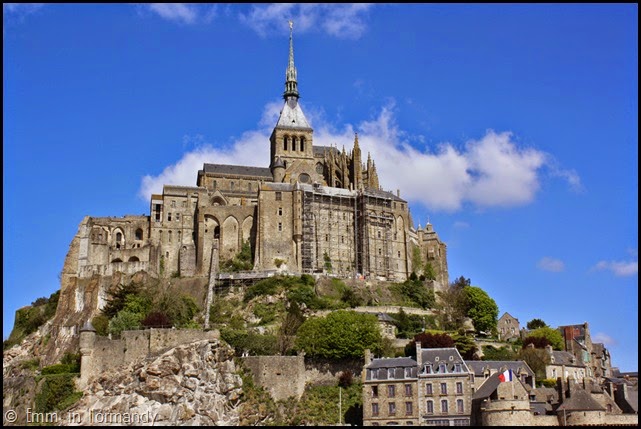 As we caught our first glimpse of Mont St Michel, I recall being quite awestruck. It was certainly impressive as it rose into the sky just off the coast of Normandy but I remember questioning whether we would be able to reach the abbey at the very crest of the mount. Indeed, we opted to catch the bus transfer to the island rather than walk from the parking area so that we could conserve our energy for the climb ahead.

I don’t quite know what I expected from Mont St Michel. I thought it would be less accessible than it turned out to be and I knew that it would be very touristy but I certainly didn’t expect to love it as much as I did. 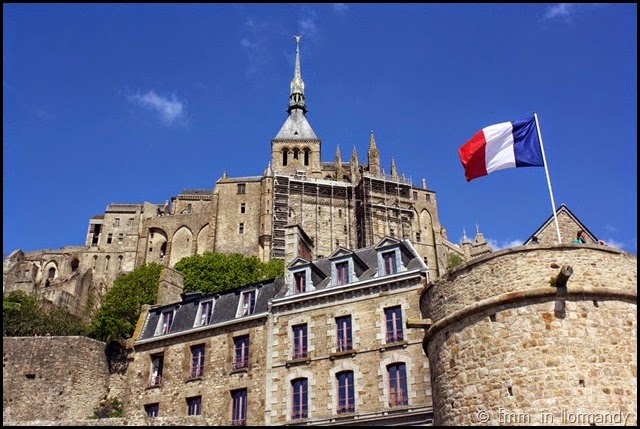 The walk to the city and island of Mont St Michel was pleasant enough but it certainly wasn’t pretty. That will soon change because a multi-million Euro project is nearing completion in which the ecosystem of the surrounding salt marshes will be restored and a single road bridge will connect the island to mainland Normandy. At the moment, the island isn’t truly an island and the road to the island seems to be embedded into the marshland. 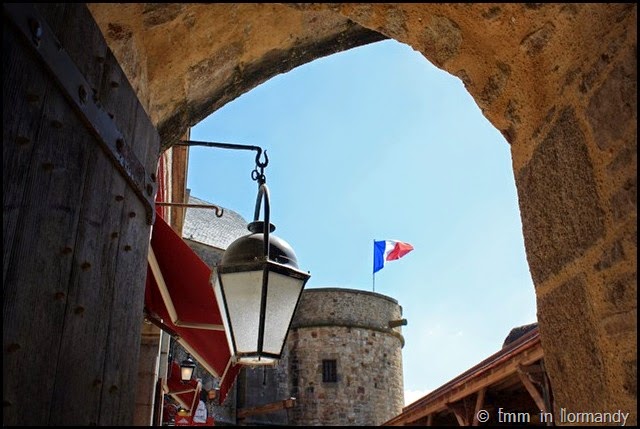 Once we arrived at the island, we walked through a series of gates and arches until we emerged into what looked to me liked a French medieval market scene within the island fortifications. Given my love of castles and the medieval period, it is safe to say that I was immediately smitten and I might have taken one or two photos of the narrow walkways between the stone and wood frames buildings. 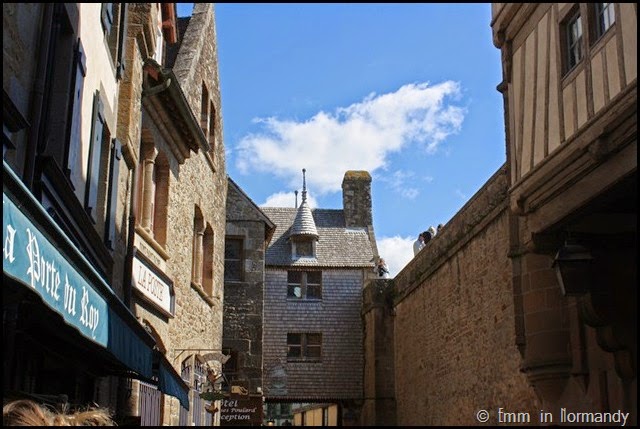 I won’t mislead you, Mont St Michel is indeed a very popular destination and there were many tourists, travellers and visitors jostling to navigate the tiny little passages. There are many shops selling trinkets and souvenirs along the way and many of the restaurants serve a similar fare of fluffy omelettes, crêpes and galettes (a regional savoury pancake). But like with many popular destinations, Mont St Michel is popular for a reason and I was quite fascinated by the gothic abbey, medieval buildings and marshland regeneration project. 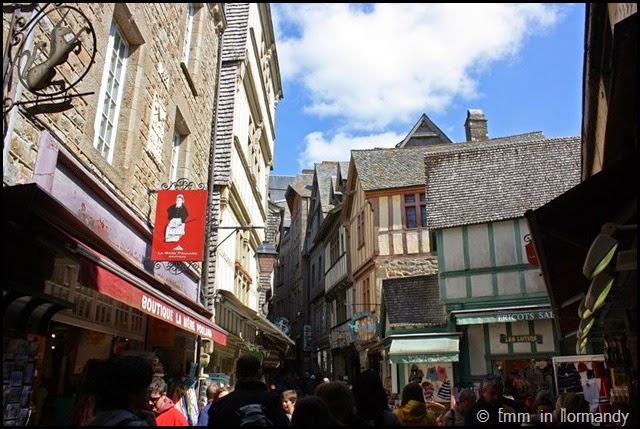 We stopped for lunch in a crêperie located just off the main thoroughfare. We sat in the sun but soon learned that bright sunshine does little to remove the chill of a mid-April day in France. I ate a galettes avec jambon et fromage (cheese and ham savoury pancake) and I had a sweet Grand Marnier crêpe for dessert. I was most disappointed that they did not light my pancake up in the way that Grand Marnier pancakes are usually served but I suspect the wind and bright sunshine would have somewhat lessened that effect anyway. 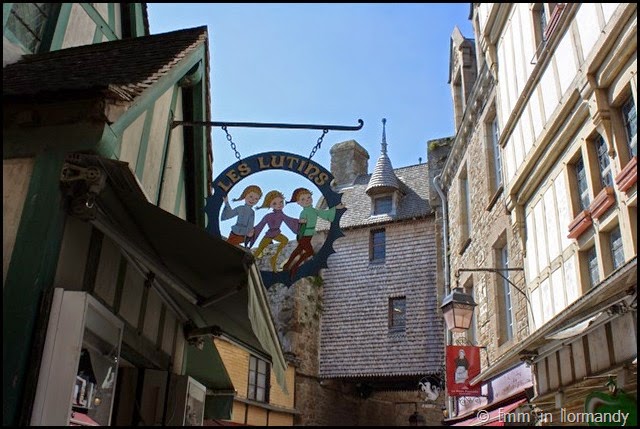 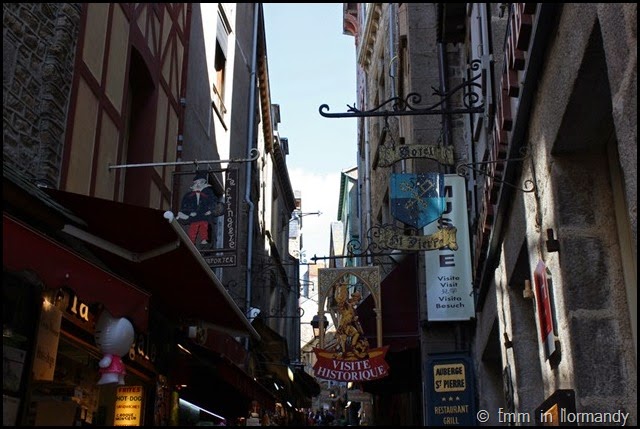 After lunch, we continued our walk to the Mont St Michel Abbey at the top of the island. As we emerged from the main shopping and commercial area, the path became quite beautiful. There was a lot of greenery and fantastic views of the surrounding salt marshes can be seen over the island’s fortifications. 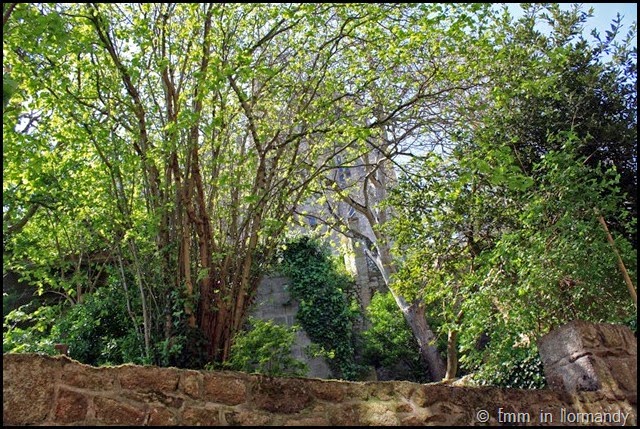 Soon we came to some very steep steps and we began our ascent to the very top of the abbey. As I mentioned, the entire climb from sea level to the top was easier than I thought. We did meet a lady at the top who was walking with the help of crutches, having left her walker near the base of the abbey. She had made it that far but did express concern about climbing too many more stairs within the abbey. 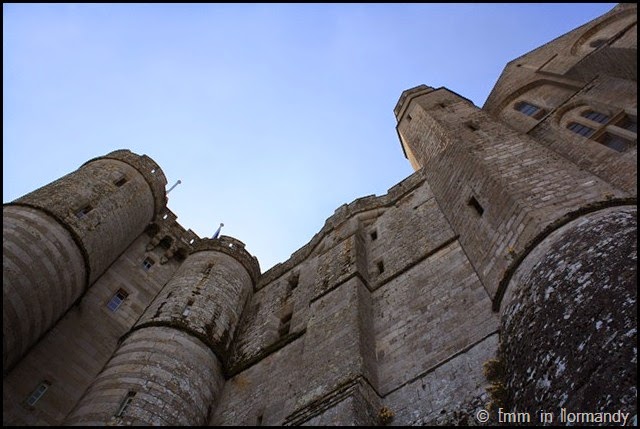 Finally we reached the entrance to the abbey. If I love castles or fortifications and the medieval period, it is safe to say that I adore gothic architecture. I was quite entranced by the spires, turrets and arches of the abbey and was quite thrilled that I could just make out the golden statue of St Michael atop the tallest spire. 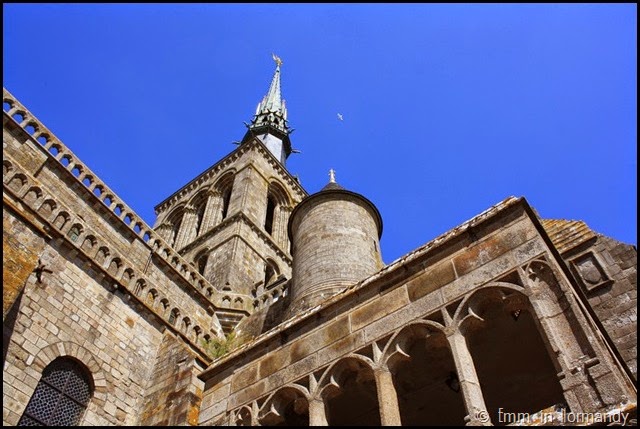 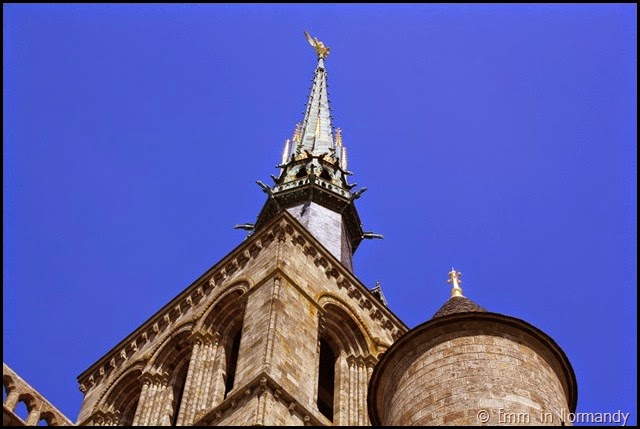 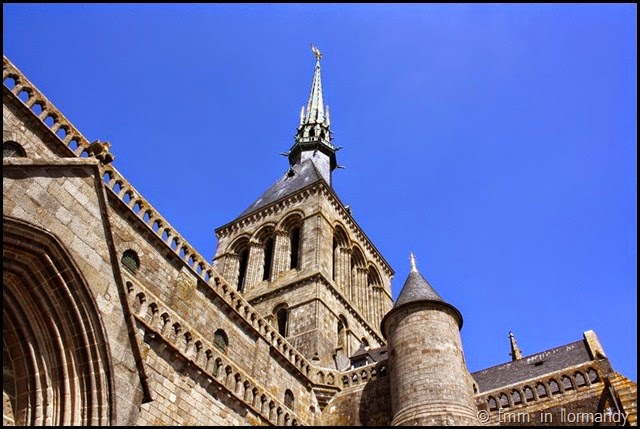 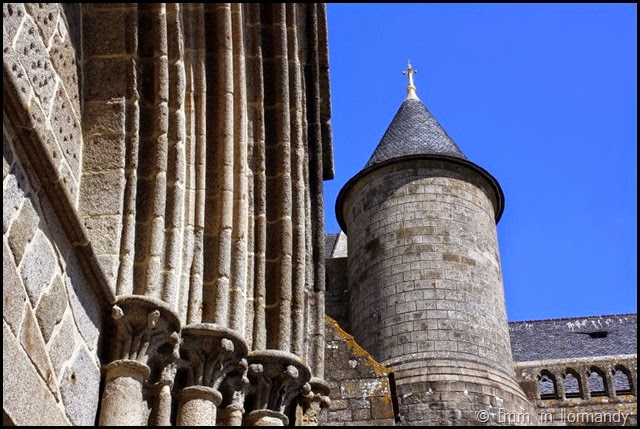 We decided to take a tour of the abbey and sat for a while on the roof outside the classic facade of the abbey which was built following a fire in 1776. In the photo below, you can see how the classic styled facade contrasts with the gothic architecture of the rest of the abbey. 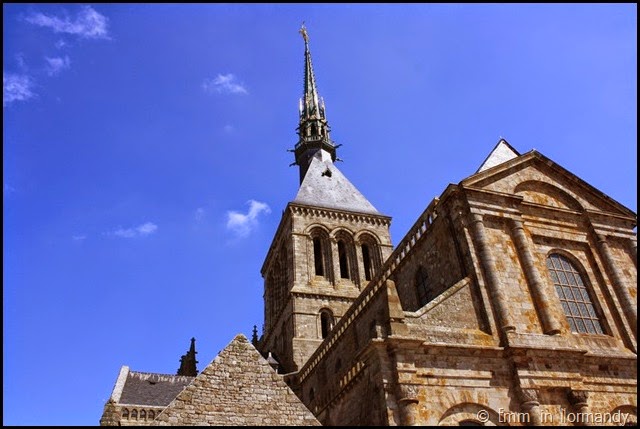 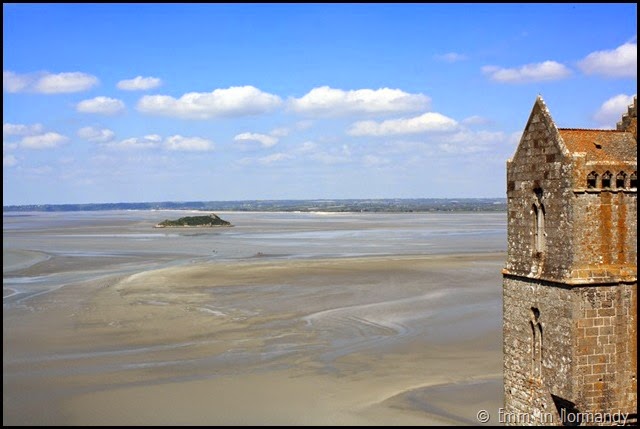