Recommended: “One Million Years” at the Natural History Museum 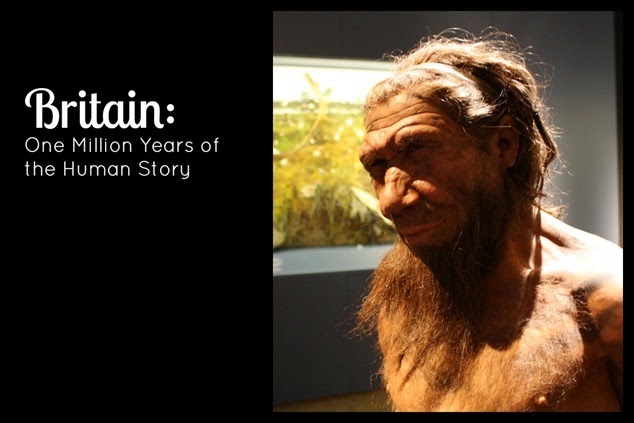 It sounds like something out of a science fiction novel: a group of humans stand huddled on a beach in England, leaving footprints that will be discovered almost one million years later. Hundreds of thousands of years later, hippos and lions bask in the scorching sun at Trafalgar Square; human beings have not been seen in Britain for 100,000 years.

This is not our future, it is our past.

As incredible as it may sound, this is the history of human inhabitation in Britain, including the apparent absence of humans in Britain almost 125,000 years ago.

The Britain: One Million Years of the Human Story exhibition at the Natural History Museum is, without a doubt, one of the most surprising and interesting exhibitions I have ever attended. Let me start by saying how sceptical I was when I first found out about the exhibition because I was quite convinced that there was no human history in Britain dating back to that time. Naturally, I was wrong. 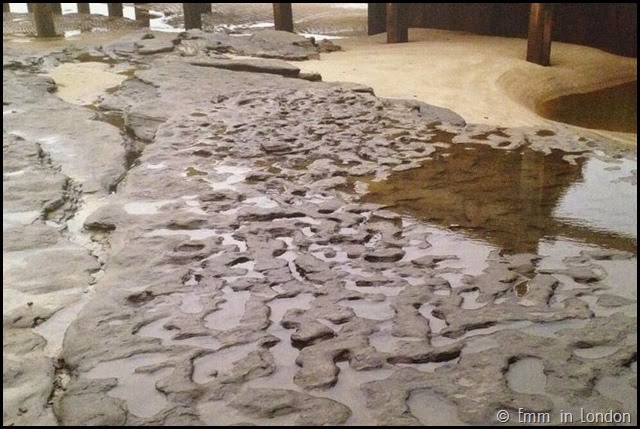 I wish I could show you a photo of how I looked, standing there with my mouth gaping open as I watched a video about how a set of footprints were discovered on a beach in Happisburgh in Norfolk last summer and discovered to be between 850,000 and 950,000 years old. What is most interesting about the video 'The Earliest Human Footprints Outside Africa Found in Norfolk' is how they managed to date the footprints back to that time and how our receding coastlines assisted in this discovery. (By the way, quirky British pronunciation alert, but Happisburgh is pronounced Hays-bro).

The Happisburgh Footprints were just the beginning of the exhibition. 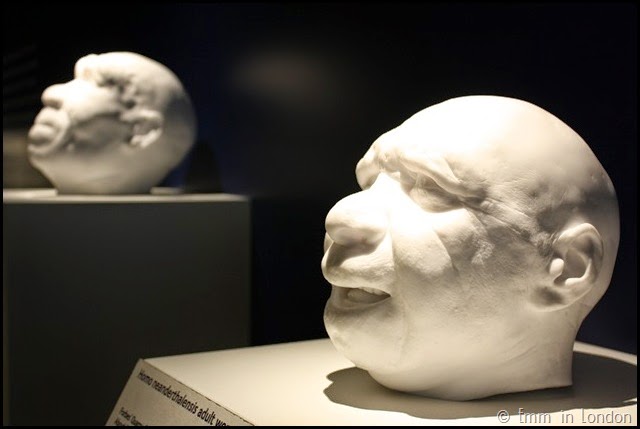 We learned all about the homo heidelbergensis who were present in Britain between 500,000 and 600,000 years ago and the homo neanderthalis who colonised Britain between 400,000 and 50,000 years ago. The mask above is of a female Neanderthal woman and is based on remains found in Forbe’s Quarry, Gibraltar. In the background is a model of a homo heidelbergensis man based on remains found in Petralona, Greece.

We learned that remains such as this lion’s tooth found in Boxgrove, West Sussex prove the existence of bears, lions and hippopotamuses in Britain. 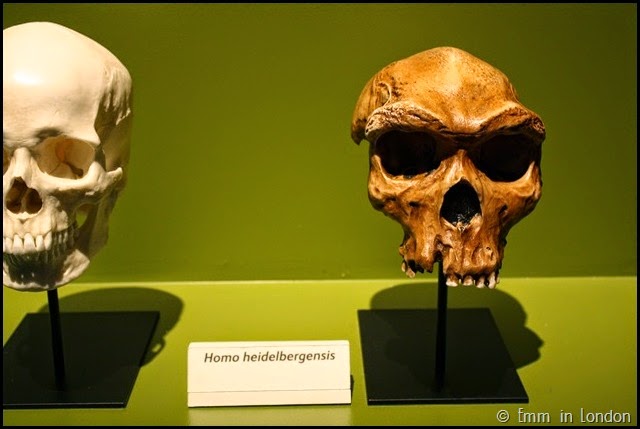 We also learned that contrary to former beliefs that homo sapiens (our species) had been unable to breed with homo neanderthalis, it has been discovered that most of us carry some Neaderthal genes in our DNA. 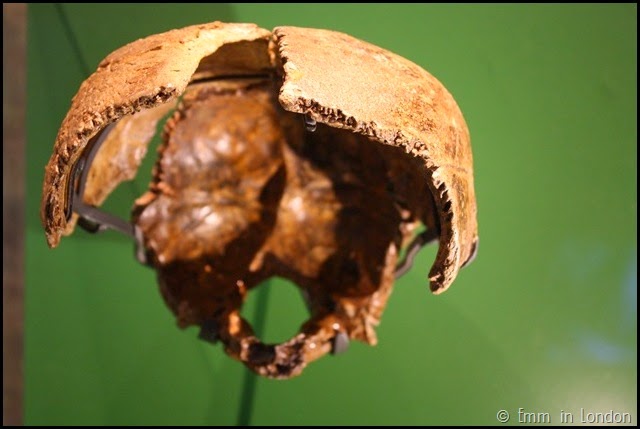 This skull of a Neanderthal woman was discovered in Swanscombe, Kent. It is about 400,000 years old. Between 180,000 and 60,000 years ago, a severe ice age forced humans away from Britain (their last remains were found in Crayford, near where I live) but they were unable to return when temperatures became warmer because melting glaciers had caused Britain to become an island. 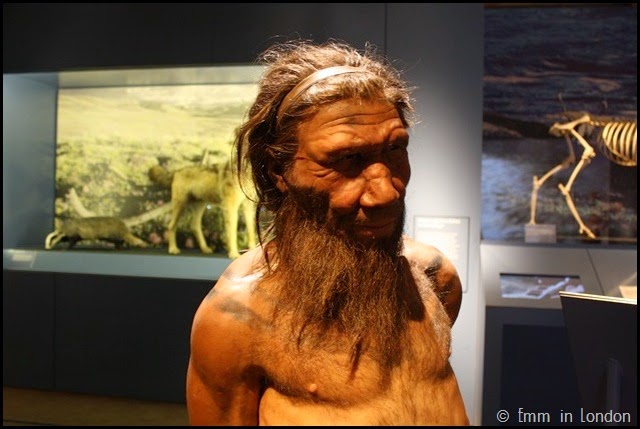 Soon it was time to meet my super great grandfather. He is a homo neanderthalensis and would have had a more prominent brow and nose as well as being quite short and stocky. This model was based on actual 40,000 year old Neanderthal remains discovered in Spy, Belgium. 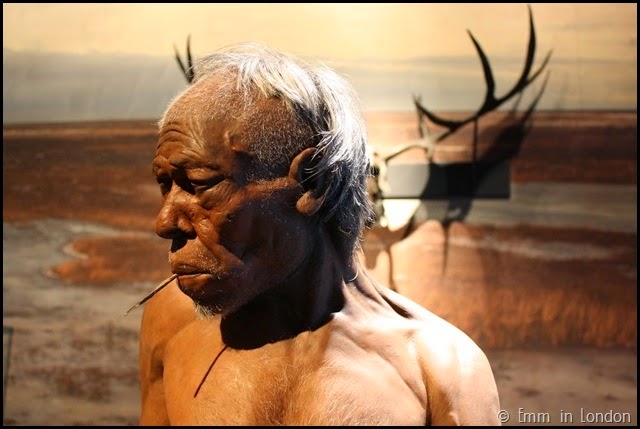 I also met my super grandfather who is a homo sapiens. He would have been taller than a Neanderthal man and while equally as intelligent as them, homo sapiens were the first to display creative thinking (as evidenced by carvings and cave paintings). This model was based on 30,000 year old burial remains discovered in Paviland, Wales.

I would highly recommend this exhibition and suggest that you give yourself a good 1.5 hours to take it all in as it is information rich.

The Britain: One Million Years of the Human Story exhibition will run until 28 September 2014 and costs £9 for adults and £4.50.