Explore Kent: 7 Must-Sees in the Garden of England 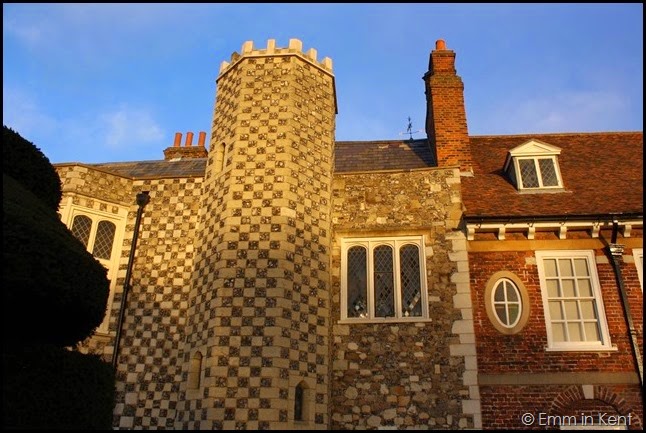 I know, I know, I’ve been super chatty this week but this will be my last post and then I’ll leave you in peace for the next couple of days! It was just one of those weeks where so much was happening and I had so much to say. This month my lovely blogging pals Emma, Kelly and Rebecca have invited me to co-host the monthly travel link up. The idea is that you write a post each month on a particular theme – it is Staycations this month – and then you can meet all the other bloggers joining in the link up and hopefully make some new blogging friends!

I’ve decided to focus on Kent in this post mostly because I adore my chosen home the Garden of England but also because I wrote a very similar post about Johannesburg just a couple of weeks ago. And so without further ado, I present 7 things you must see if you are ever in Kent. 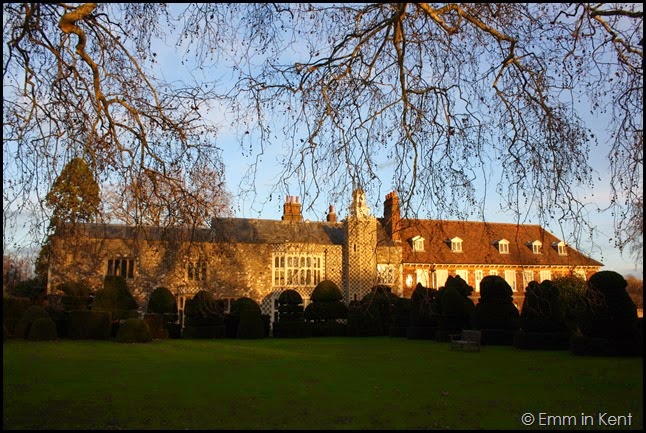 Bexley was an ancient parish in the county of Kent, or so Wikipedia tells me. It is also home to Hall Place, a stately home built for Sir John Champneys in 1537 and famously constructed with materials taken from the destroyed Lesnes Abbey. Today Hall Place is more famous for its topiary garden of Queen’s Beasts which were planted in 1953 to commemorate the Coronation of Queen Elizabeth II.

I thought I’d better mention Lesnes Abbey, even though I haven’t been there yet myself. If you take a look at Google Earth or Google Maps satellite view, you will see a perfect, giant footprint of an abbey on the site of what was once Lesnes Abbey on the edge of Abbey Wood. The abbey was destroyed by King Henry VIII as part of his famous Dissolution of the Monasteries but the ruins are in remarkable condition considering that they are not actively preserved. One day I’ll make the effort to visit this site which is less than 20 minutes drive from my house! 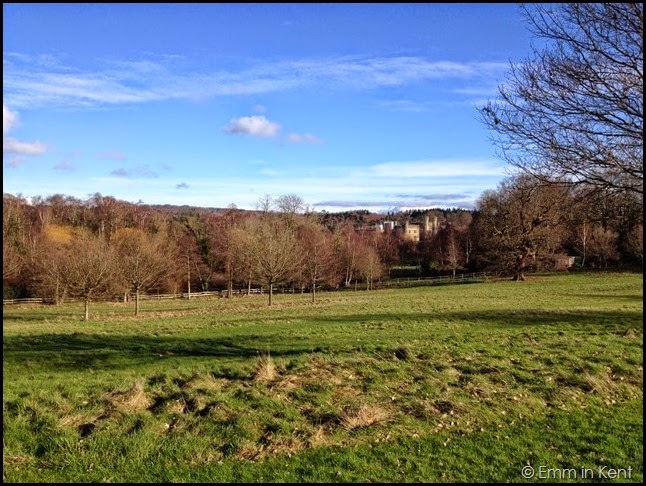 You might remember the time I famously ruined a pair of boots so that I could get that photo of Leeds Castle from across the lake. Leeds Castle is located in Maidstone, Kent and was built as a Norman stronghold in 1119 by Robert de Crevecoeur. It was most famously used by King Henry VIII as a residence for his first wife Catherine of Aragon. 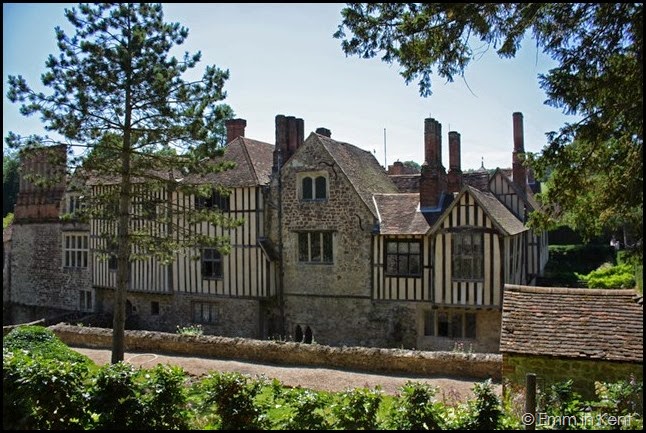 This medieval moated manor house is located near Sevenoaks in Kent. It would once have been home to a feudal lord or landed gentry and the moat would have provided protection against local thieves and ruffians. Today Ightham Mote is most famous for having the only Grade I listed dog kennel in the United Kingdom. 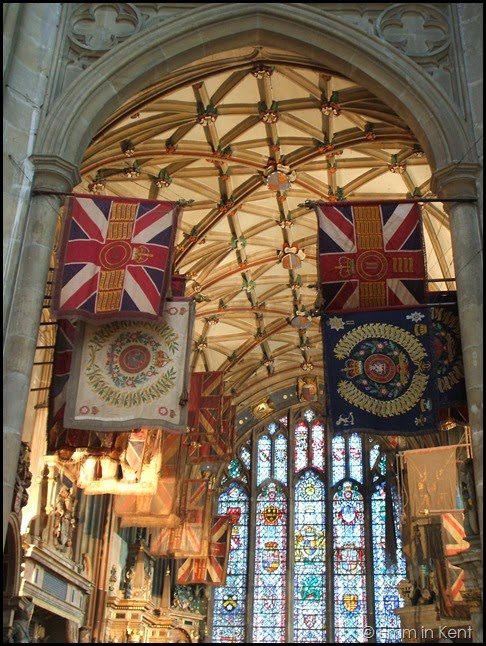 Canterbury is one of the most important cities in south east England, with a rich history dating back to prehistoric times. After the murder of Thomas Becket in 1170, Canterbury became a place of pilgrimage for Christians and this was why Chaucer’s pilgrims were making the journey there in The Canterbury Tales. I would definitely recommend a day out in Canterbury but I’d especially recommend that you take in the Evensong in Canterbury Cathedral – it is very special indeed. 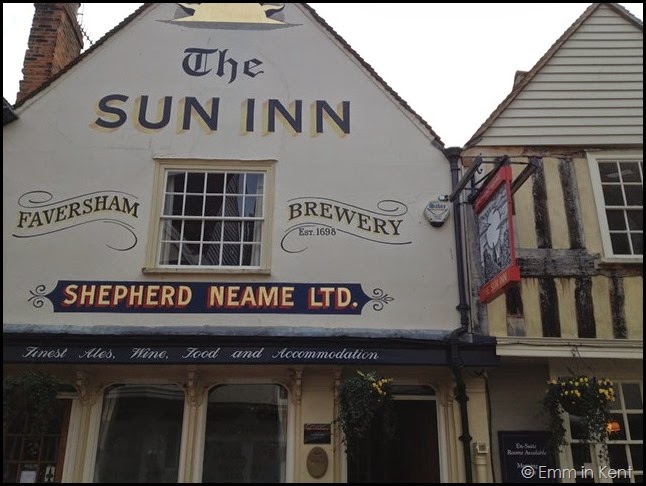 On the way from London to Canterbury, Chaucer’s pilgrims passed through the town of Faversham. Faversham is famous for the annual Hop Festival but it is also home to Shepherd Neame Brewery, Britain’s oldest brewer. I’d highly recommend the brewery tour and be sure to pop into the Sun Inn before you leave for lunch and some real ale. 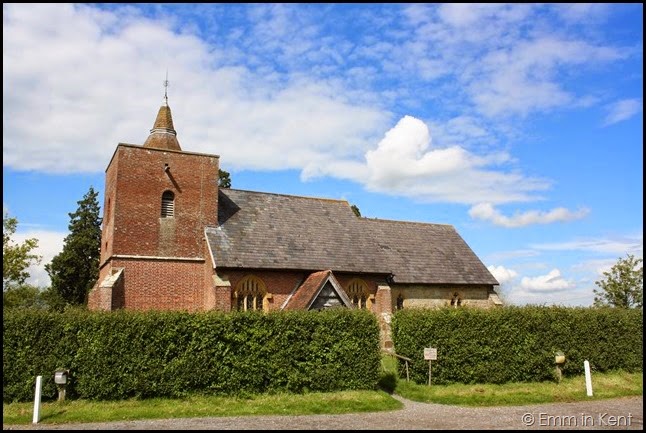 All Saints Tudeley is the tiny little church near Tunbridge Wells known for its stained glass windows painted by none other than Marc Chagall. Chagall was commissioned to design one window in memorium to the daughter of a wealthy local couple. He famously entered the church and exclaimed “c'est magnifique! Je les ferai tous!” (It's beautiful! I will do all!) and so it is that all twelve windows in the tiny church were painted by the renowned artist.