Must See: Great Britain at the Theatre Royal Haymarket 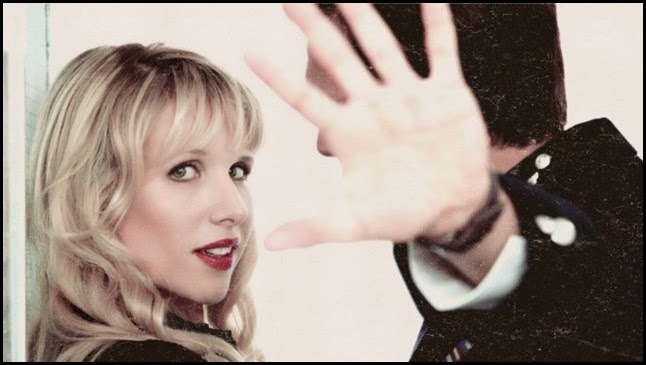 After a sold out run at the National Theatre, Richard Bean’s satirical play Great Britain moved to the Theatre Royal Haymarket this week and I got to attend one of the first performances. This anarchic and ridiculously funny play is not-so-loosely based on the phone hacking scandal and stars Lucy Punch as ambitious newspaper editor Paige Britain.

Great Britain follows Lucy’s exploits as she feeds her readers’ seemingly insatiable desire for dirt and gossip on celebrities and the royals. She beds whoever she needs to and will stop at nothing to increase her circulation. With the discovery that voicemails can be hacked, Lucy’s revelations ensure that The Free Press reaches stratospheric sales and yet the public keep coming back for more. 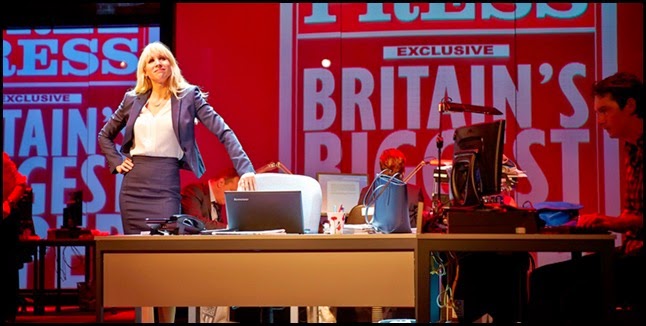 Great Britain is fast-paced with non-stop puns and allusions that had the audience in stitches. The set design is fantastic and I loved how they recreated both The Free Press offices and those of the Met Police. The show makes use of fictitious live news reports as well as viral videos of the events in the story and you can feel the mounting hysteria that were reminiscent of how events actually played out in the phone hacking scandal.

The play is funny – really funny – and we were just about weeping with laughter at times. I love that the script appealed to both Stephen and I as it is rare that we both enjoy a performance. I’m also renowned for having no sense of humour so it is an especially glowing recommendation if I find something this funny. 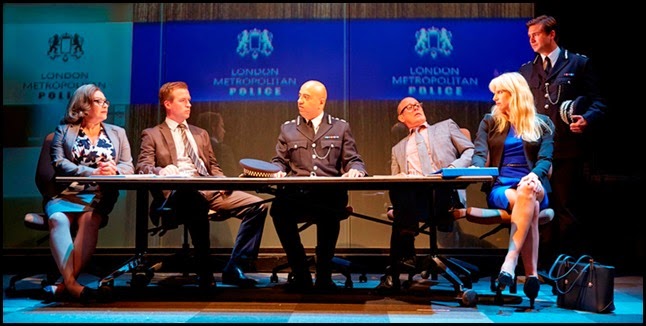 Lucy Punch is superb in her role as Paige Britain. There was a split second when the play opened that I recalled that this role belonged to Doctor Who alumni Billie Piper during the National Theatre run but those thoughts were immediately dispelled. This role was perfect for Lucy and she totally owned the role from the minute she sauntered onto the stage. Special mention must also go to Aaron Neil for his utterly convincing performance as the gormless Met Police Commissioner Sully Kassam and to Robert Glenister for his role as Paige’s editor Wilson Tikkel.

I would absolutely recommend this scathing satire of the press, police and politics in Britain. Great Britain runs at the Theatre Royal Haymarket for a strictly limited season until 10 January 2015.

I received a pair of complimentary tickets to this performance but to be honest, I would have most likely gone to see the play anyway. As is always the case, I promise to share sincere and honest opinions with my readers.