As you walk along the streets of the ancient city of Ephesus in Turkey, you get a unique glimpse of the civilisations that once lived here. The site is rich in archaeological finds such as the collection of Roman milestones and the three ancient Greek columns standing side by side representing the Ionic, Corinthian and Doric orders of classical architecture.  Yet as you crest the hill and walk down towards the Celsus Library, you realise that the allure of Ephesus lies not just in the artefacts but in the largely intact archaeological wonders to be found here.

The Library of Celsus 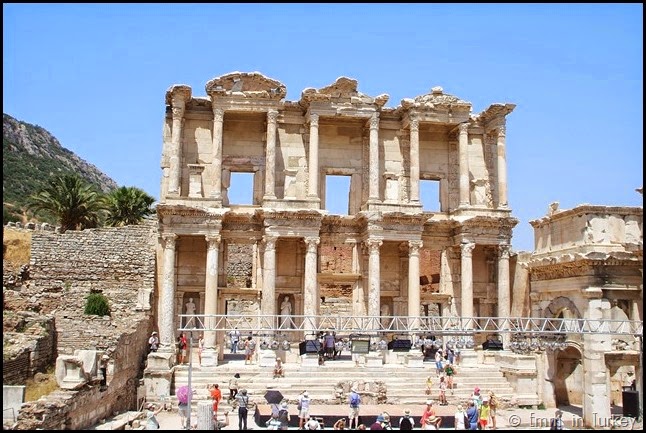 It is difficult to explain how impressive the library of Celsus is and it is not until you stand on its steps and look up that you can appreciate its scale. It was commissioned by Gaius Julius Aquila to honour his father, Roman Senator Tiberius Julius Celsus Polemaeanus who had been governor of Asia. Construction began in 117 CE and continued to 135 CE. 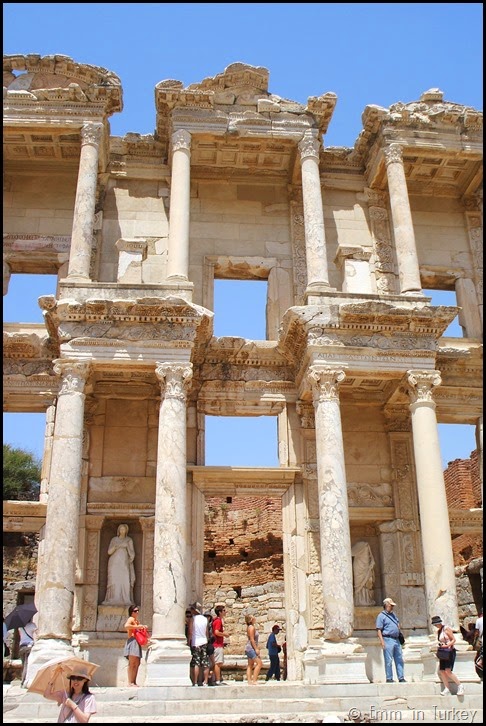 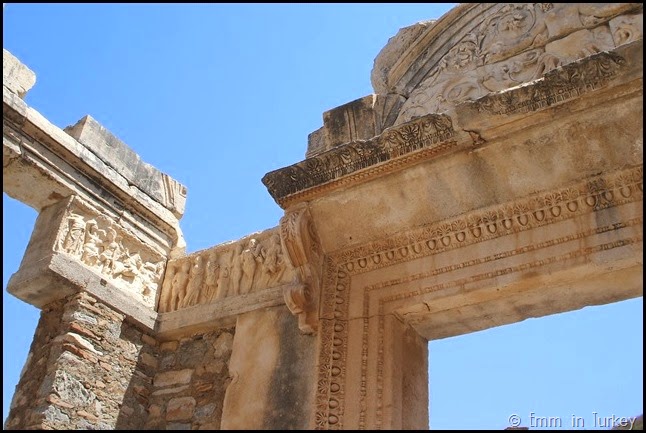 The Temple of Hadrian is largely intact and is a beautiful structure dedicated to the Emperor Hadrian who visited the site in 128 CE. It is possible to step over the porch and into the main chamber of the temple but what really caught my eye was the level of detail in the lintels and pediments. 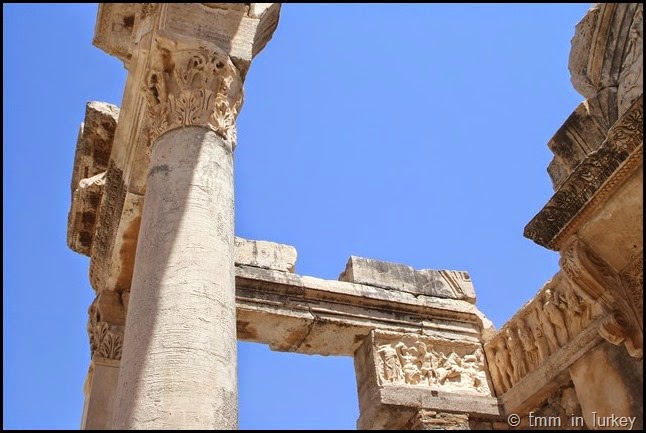 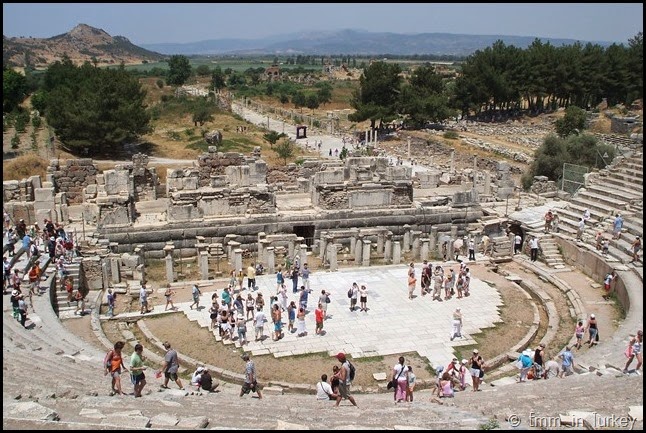 Standing at the height of the Ephesus Theatre, peering down at the crowds below, I felt unable to comprehend the enormity of this structure. How did they build it without the benefit of cranes and machinery and how did they design a venue with such perfect acoustics that it is used as a concert venue almost 2,000 years later? People have flown in to Turkey from all over the world to watch artists like Elton John and Pavarotti perform here at Ephesus. 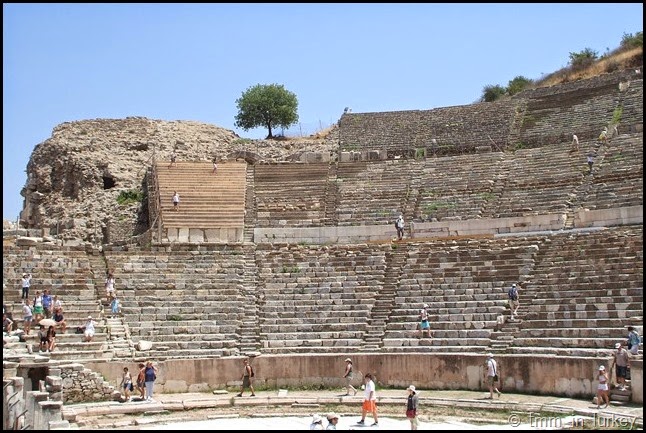 The theatre was first built in the third century BCE but expanded to a capacity of 25,000 seats in Roman times. 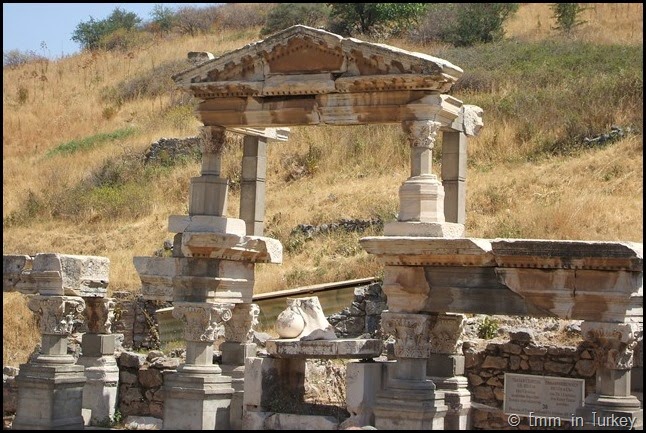 It was the clean lines and geometric structure of the Trajan Fountain that appealed to me the most. Built between 102 CE and 104 CE, the temple once stood at over twelve meters high but its elegant Corinthian columns succumbed to the demands of time. The fountain was dedicated to the Emperor Trajan. 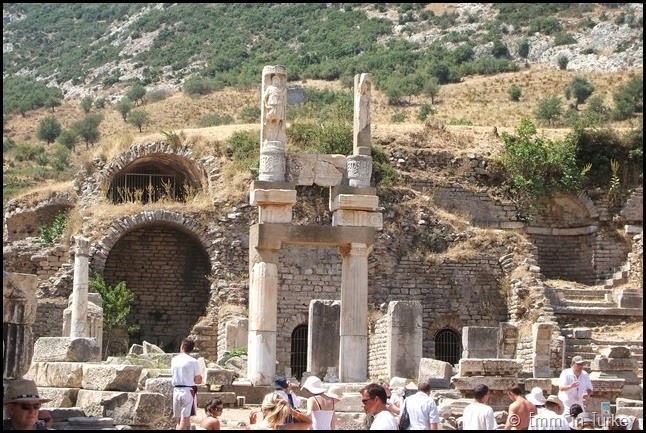 Before travelling to Turkey, we knew little about ancient Roman culture and propriety. On our trip, we learned about neocorates and the cults and temples dedicated to the Imperial families of Rome. Essentially, communities were granted permission to worship their conquerors and Ephesus was the first city to receive this honour when the Emperor Domitian granted it temple wardenship in around 89 CE. Very little remains of this temple which once extended for 100 metres along the terrace but the foundations show that it was a massive structure. 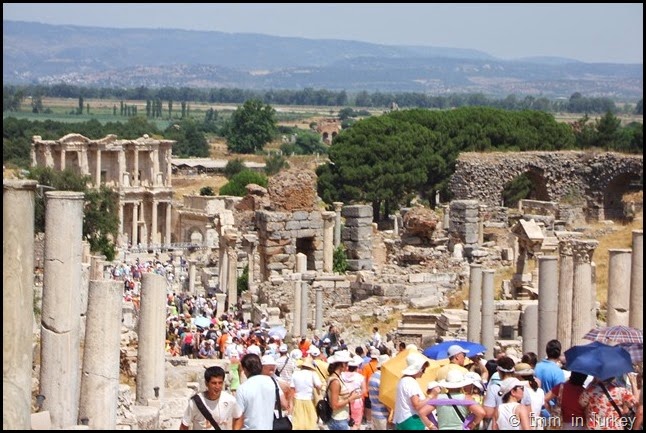 We visited Ephesus on a hot early summer’s day and the experience has always remained with me. It always amazes me how much we can deduce about ancient culture through archaeology and history yet how much is lost to us forever.

Have you visited any of the ancient wonders of the world? Where should I visit next?