A World of Vintage at the Dartford Bus Garage Open Day 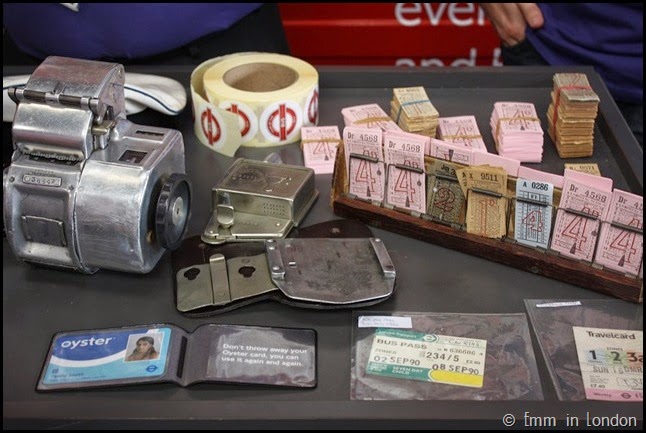 2014 is the Year of the Bus and this year Transport for London put on a series of events to enable Londoners to reconnect with the bus network and realise the importance that buses played in the history of the city. Why 2014? This year marks the centenary of the First World War where the London Omnibus Company B-type Battle Buses were specially fitted with protective boarding and khaki paint and used to transport troops to and from the front lines.

As part of the Year of the Bus celebrations, bus garages across the city were opened to the public and the last of these open days took place at the Arriva Bus Garage in Dartford. Being the absolute vintage bus geek that I am, you can imagine that I was very excited about this event! 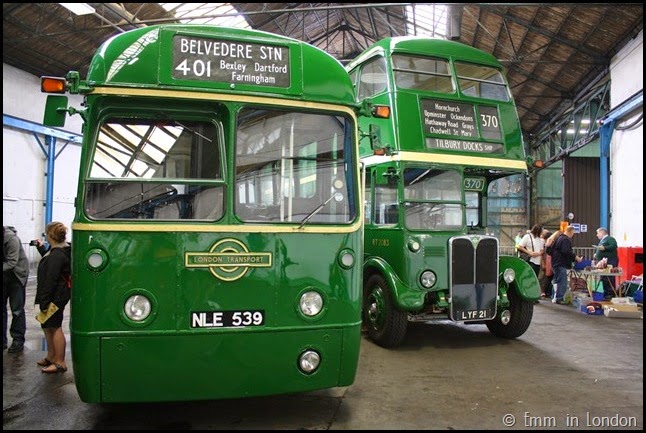 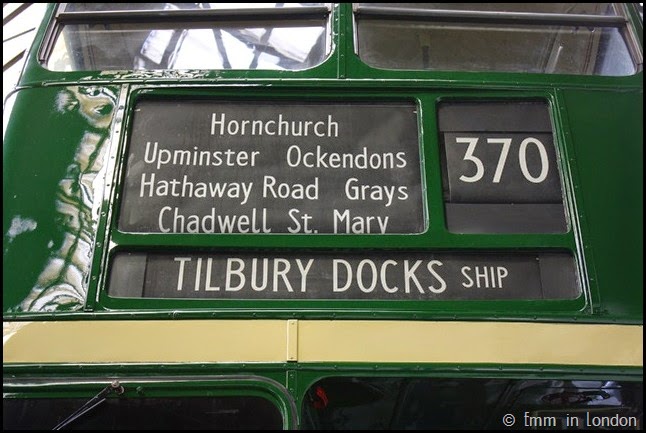 The classic red double-decker Routemaster bus is a symbol of London transport but once you stepped outside the Greater London Council, you encountered the Green Line. That is why many of the buses in Essex, Kent and Surrey were green. 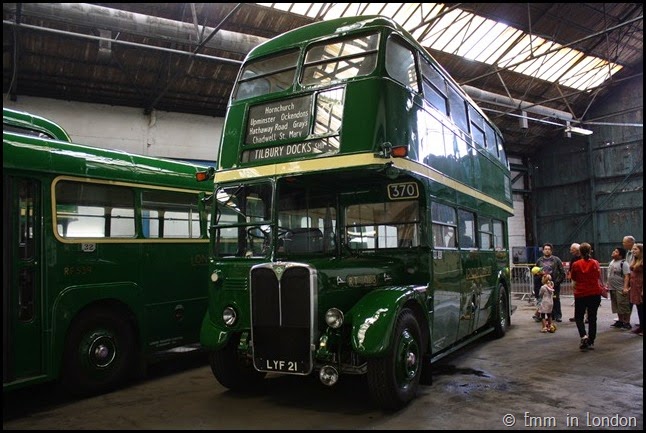 The route 370 continues to this day and now stops at Lakeside Mall. These days it is part of the Transport for London network and has a red bus. 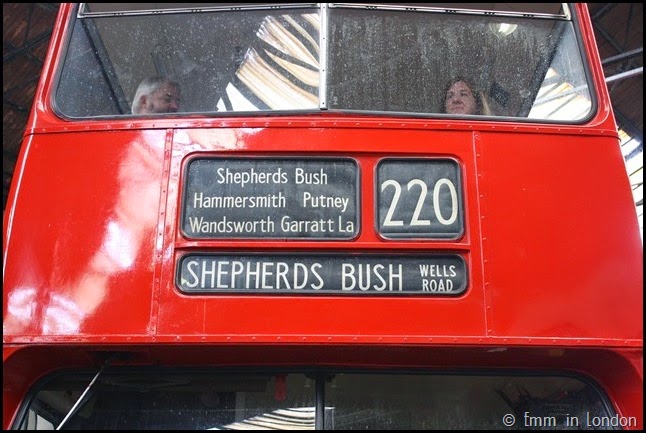 This is the Daimler DMS1 which ran from 1971. On the outside, it looks like any other double decker red bus but things change once you get inside. 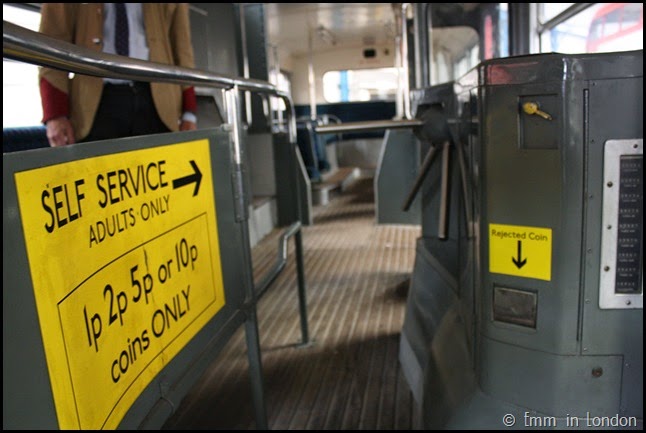 This was one of the first efforts to get rid of conductors on London buses and the bus was designed to be run by only a driver. The idea is that responsible, reasonable Londoners would get on the bus with the exact change and glide through the turnstile in a quick and orderly fashion. It really didn’t work out that way and the turnstiles were later replaced with the system of paying the driver. 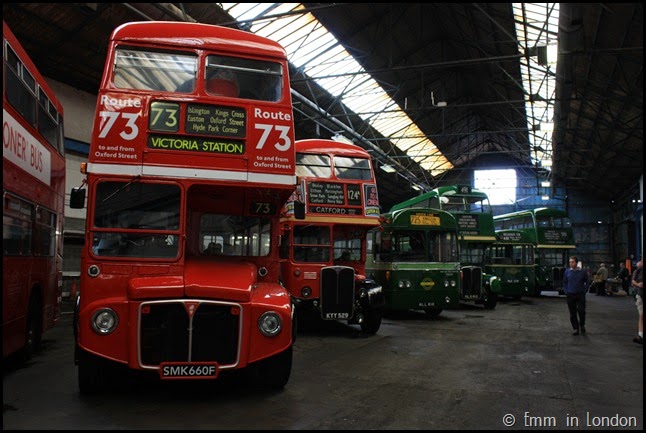 There was a lot to see that day at the Dartford Bus Garage and loads of enthusiastic volunteers on hand to chat to us bus geeks and fans. It was a well organised, educational event too and there were lots of leaflets and brochures for children (and adults) to take home. 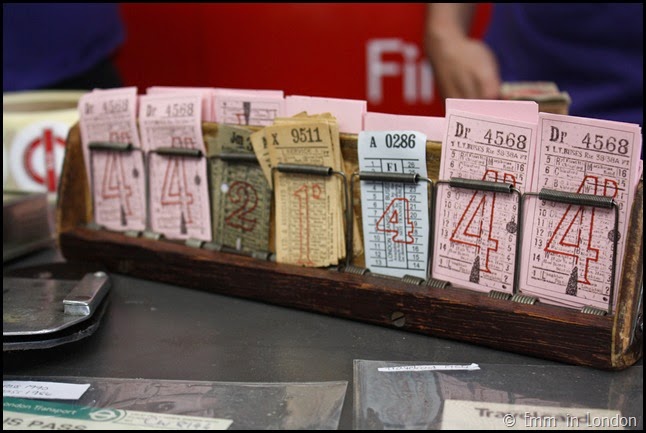 I actually got the idea that the biggest fans there were the volunteers themselves, many of whom worked for Transport for London and had offered their time at the event on their spare weekend. This was confirmed when my friend and I squealed with delight on spotting the vintage bus tickets and paraphernalia and the man behind the stand didn’t even bat an eyelid. Kindred souls. 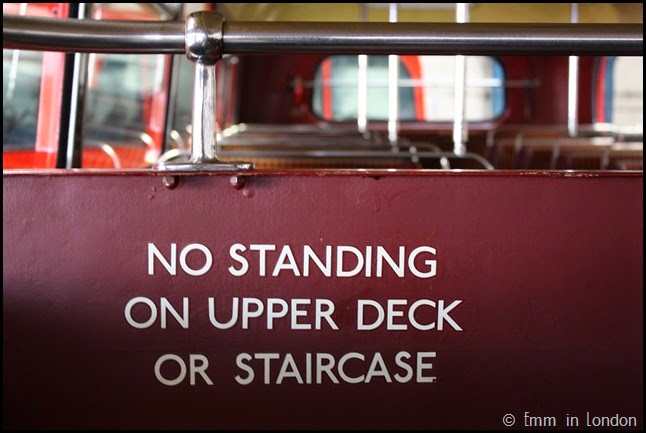 No standing on upper deck 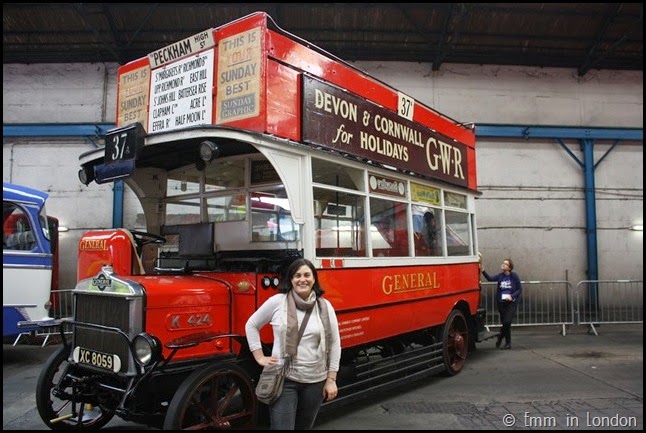 And last but certainly not least... This is a 1921 AEC K-Type London General Omnibus Company bus K424 and it is in superb condition. We were able to go up to the top deck of the bus which I considered to be quite a privilege because they were carefully overseeing access and making sure we didn’t jump or run and that there were no more than two people up there at a time. 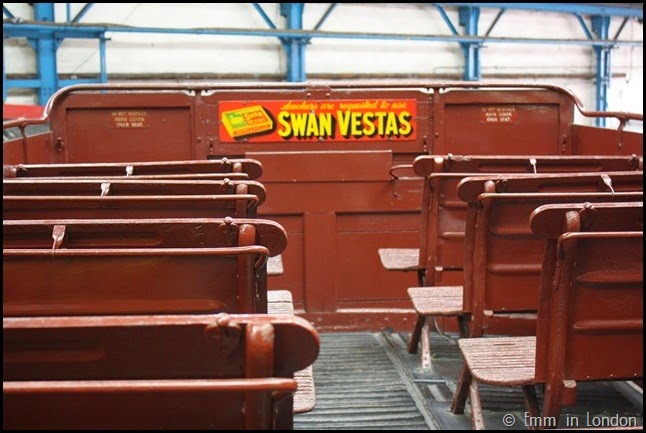 The bus was an open top bus and there would have been covers that clipped over the seats in rainy weather. I couldn’t really get my head around that – it rains all the time in London in summer so those covers would have seen constant action. 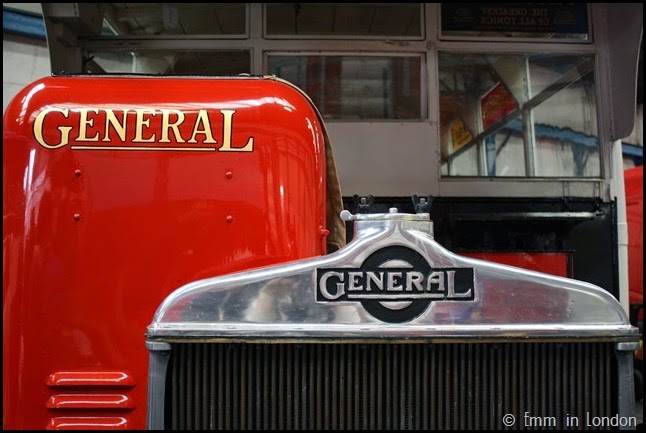 How beautiful is this design? 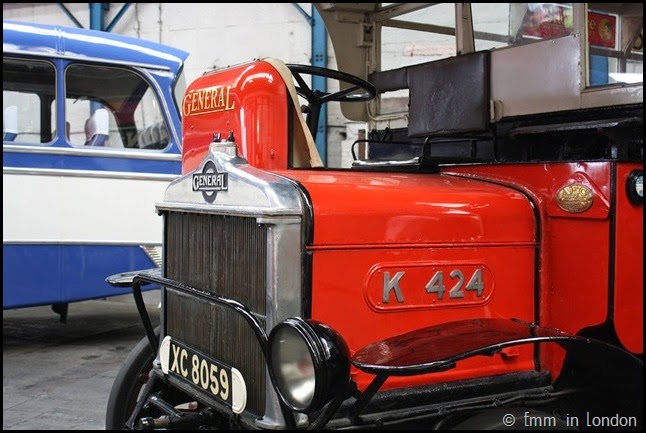 I took one or two photos of this beautifully preserved bus from every angle imaginable so I feel quite proud for only subjected you to my very favourites! Then again, this is my third vintage bus and car post in a year so perhaps I shouldn’t feel too good. There was Vintage and Retro at the Isle of Wight Bus Museum and Dartford’s Vintage Car and Steam Rally if you’d like to see more vintage and retro goodness.

I hope you enjoyed this post as much as I enjoyed sharing it. My favourite posts are always the ones where we visit quirky places or see history come alive.

You may have noticed that my posts have been a little sporadic over the past few weeks and that I haven't been visiting your blogs as often. I do hope that you'll bear with me for just a couple more weeks - I'm about to write my first two exams for my ACCA qualification and let’s just agree that taking two subjects at once might have been a little ambitious. I’m flying off to South Africa in just over two weeks and definitely plan to catch up again then.