An Afternoon at the Laura Ashley Elstree 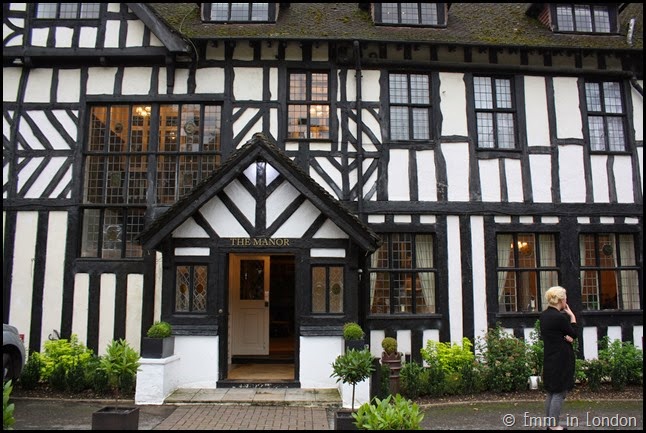 With an abundance of natural fabrics and whimsical designs, the style of Laura Ashley is unmistakeable. Laura Ashley was a Welsh designer who rose from humble beginnings to create an empire synonymous with British fashion and home furnishings. Laura’s name and legacy have continued since her passing in 1985 and recently I was lucky enough to visit the Laura Ashley flagship boutique hotel at The Manor in Elstree.

We travelled to Elstree on a vintage AEC Regal IV bus and arrived just in time for afternoon tea in the beautiful Cavendish room with its 16th century panelling. 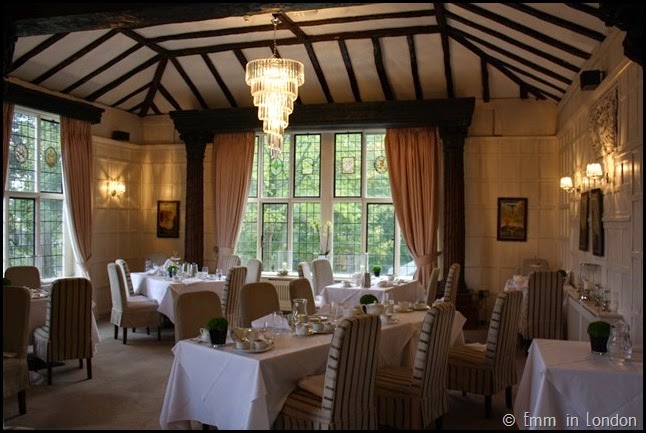 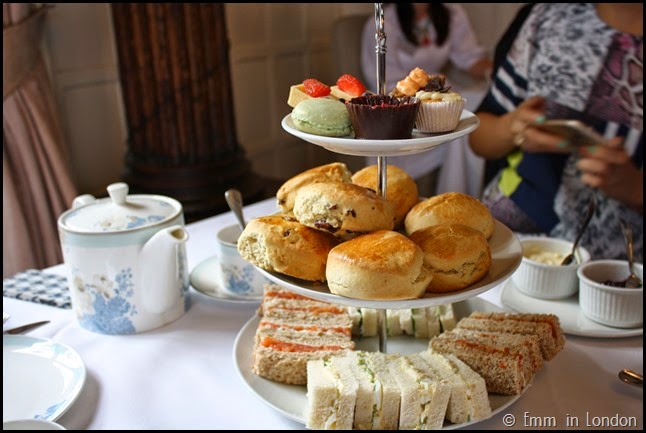 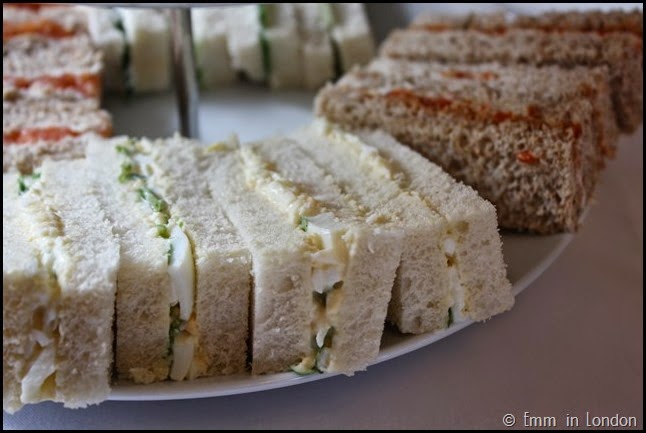 Afternoon tea was served on the Laura Ashley Home collection and I did like the look of our pretty, understated tea set. I would have preferred to be given a choice of tea as I like to drink black tea with my sandwiches and fruity teas to cleanse my palate after the sweets but we were a very large group that day so I expect that just wasn’t possible. 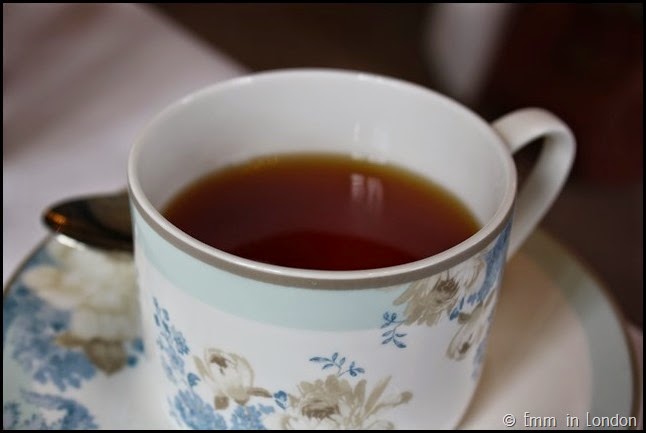 The scones were absolutely delicious. They had perfect texture – slightly crispy on the outside and moist inside and they were perfect with the clotted cream and jam. Naturally I had to try both a plain and raisin scone just to be sure of their quality. 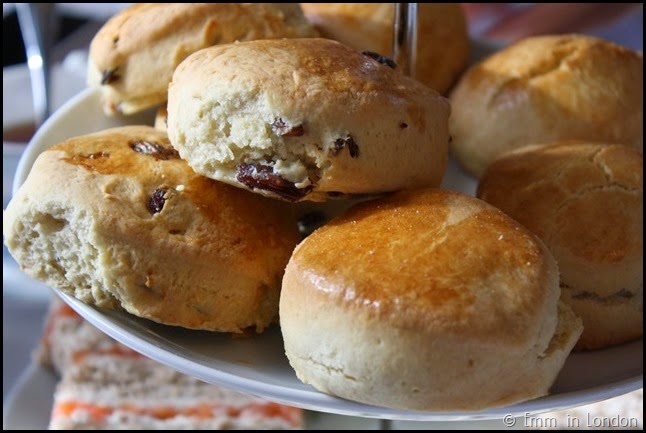 As much as I like afternoon tea, the sweets is usually my least favourite part of the experience, with the sandwiches, teas and scones being my highlight. On this occasion, however, I was greatly impressed with the sweets. 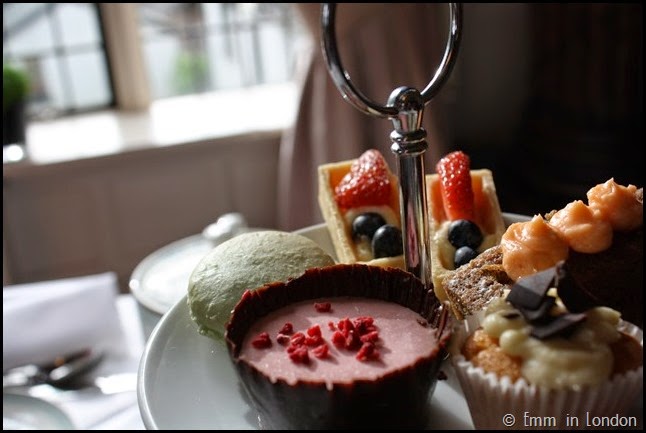 My highlights were the carrot and walnut cake which was moist with a sweetened cream cheese icing, the raspberry mousse served in a cup of dark chocolate and the delicious and moist lime macaron.

Following our tea, we took a tour of the hotel and learned about the entrance hall which is rumoured to feature wood beams from the Spanish Armada. We encountered a 16th century mural in the Terrace Bar and saw an example of one of Laura Ashley’s very first printed fabrics.

We took a peek in some of the suites. Each of the rooms is individually styled in Laura Ashley’s signature style and they really are quite beautiful. I was surprised to discover that the rooms are reasonably priced. Even the honeymoon suite seemed affordable when compared to what we pay in London! 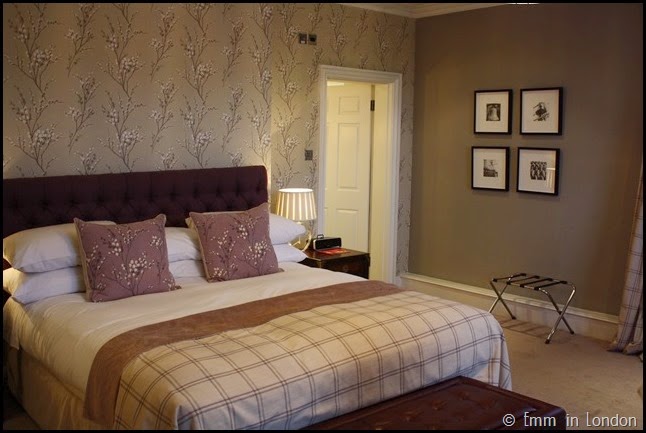 Finally, we took a walk through the gardens and I was delighted to spot an outdoor chess set. The view from the terrace over the gardens and surrounding area is really quite beautiful and this would be a fantastic venue for a wedding. 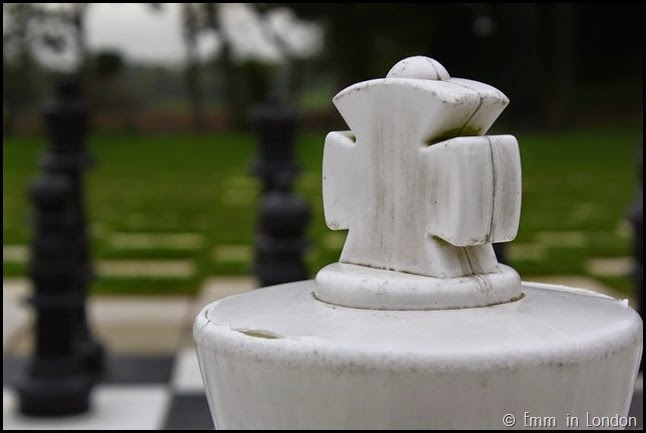 We had a lovely time at the Laura Ashley Elstree but all too soon it was time to return home on our vintage bus. I would definitely like to return with Stephen one day, this is the perfect, romantic country getaway. 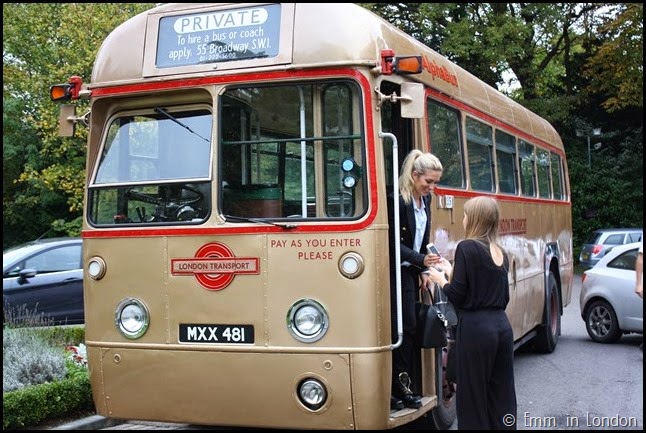 Afternoon tea: £19.95
Room rates: £143.10 for the deluxe room pictured above, including breakfast