A Saturday Morning in the Louvre

The Louvre – because where else would you spend a rainy Parisian day?
It was a typical Parisian winter’s morning – cold, grey and very damp. Indeed, it was the type of day which is most suitable for curling up in bed with a good book, a hot cup of tea and a purring cat. With only one day in Paris before we caught a plane to Johannesburg, we drank several cups of our hotel’s delicious coffee, ate a plate stacked with cheese, cold meat and croissants and ventured out into the pouring rain. We headed straight to the Louvre for where else would you spend a rainy Parisian day?
The Louvre is massive and it was our first time inside the museum (indeed, it was Stephen’s first time in Paris). Knowing that we had a very long day ahead of us, we limited our time there to two hours but would love to visit again. These were just some of the works that most impressed me on the day. 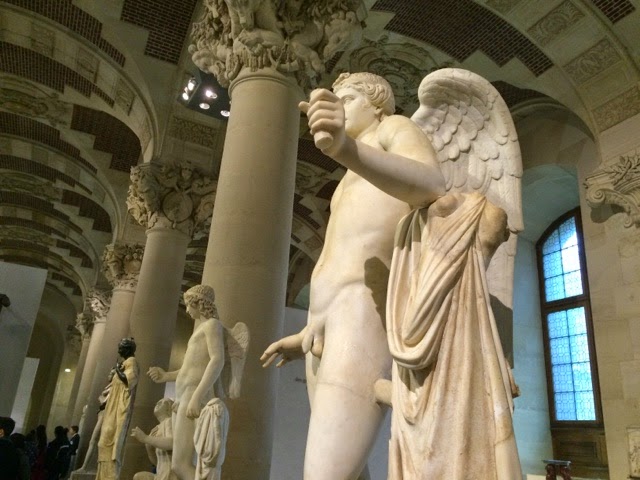 Éros, dit Le Génie Borghèse
Sculpted in the early 17th century, Éros is considered one of the seven most important of Borghèse’s works. I was most impressed by the angels wings and the detail in the folds of fabric. 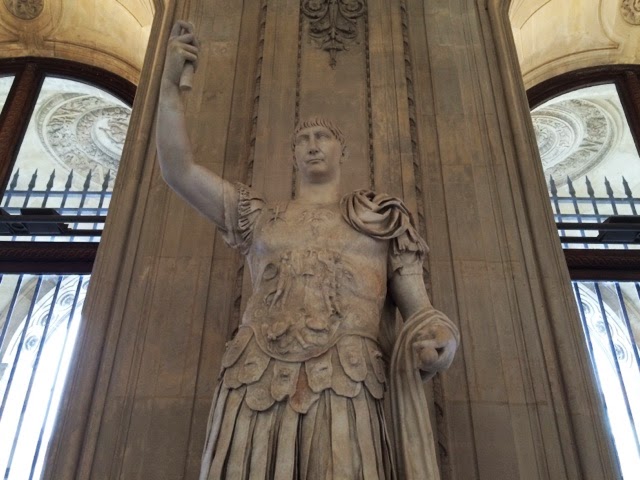 L’Empereur Trajan
You may recall that the Trajan Fountain was one of my favourites of the architectural wonders of Ephesus and I was pleased to discover this statue of the Emperor Trajan. This wonderfully preserved statue was sculpted between 98 and 117CE (the years of Trajan’s rule as emperor) and the artist is unknown. 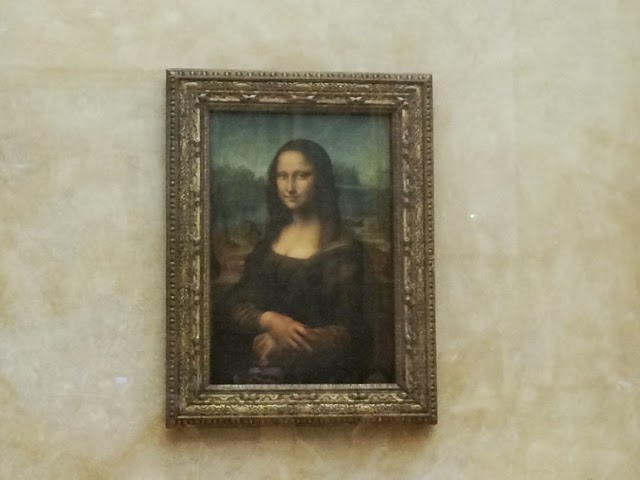 Leonardo da Vinci’s Mona Lisa
Of course we headed straight to the Italian Renaissance art section to see the Mona Lisa and of course she was absolutely mobbed by onlookers. While Stephen stood back at the edge of the crowd, I allowed myself to be carried forward to eventually reach the front. I took a photo but then quickly lowered my camera and took a minute to savour the moment. I thought back to Milan where we saw works by Da Vinci and Michelangelo at the Museo d'arte Antica and Michelangelo’s Last Supper at Santa Maria delle Grazie. I felt very privileged indeed to be standing there in front of another masterpiece. I took the time to admire Mona Lisa’s hands and the expression in her eyes. All too soon it was time to move on and allow other onlookers the chance to see her too. 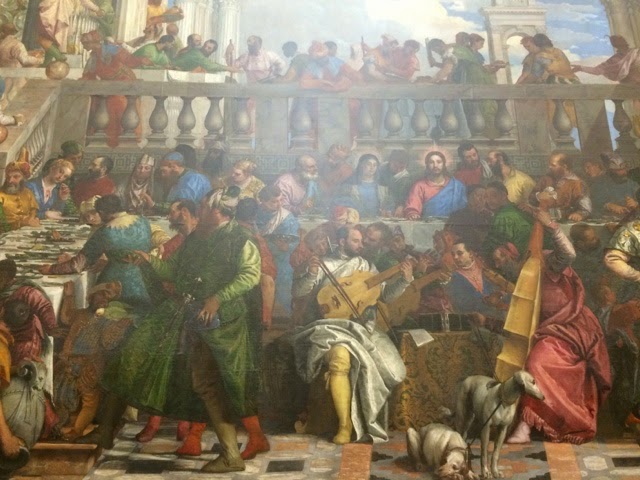 When I reached Stephen, he remarked that he couldn’t believe people were so focused on the Mona Lisa that they failed to notice this work of art on the opposite wall. In his mind, this was the far superior work and he bemoaned the fact that artists no longer favour such complex murals. I have only captured a small portion of this grand work which was difficult to photograph given the glaring lights that were focused on it.
Painted in 1563, this work depicts the wedding feast at Cana.
What do you think? Is this superior to the Mona Lisa? 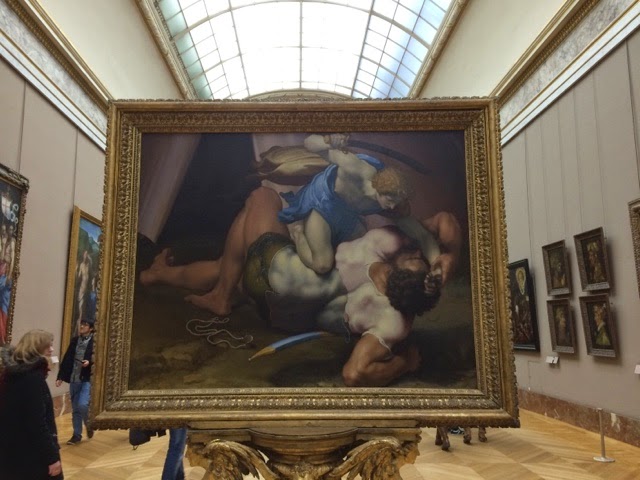 Daniele Ricciarelli, dit Daniele Da Volterra: Le Combat de David et Goliath
Daniele Ricciarelli, better known as Daniele da Volterra, was no stranger to controversy in his lifetime and is best known for painting over the genitals of the figures in Michelangelo’s Last Judgement. I quite liked his depiction of David and Goliath, painted in 1555, a year before his death. 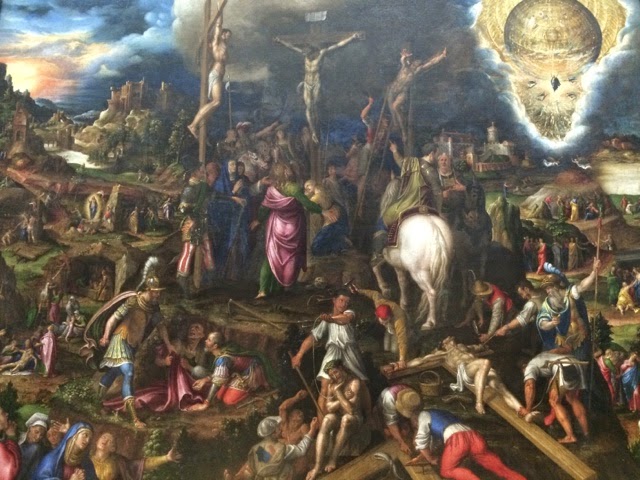 Antonio Campi, Les Mysteres de la Passion du Christ
I really liked this painting by Antonio Campi, painted in 1569.  What caught my mind was the array of rich, bold colours and the almost futuristic depiction of the ascension in the top right corner. 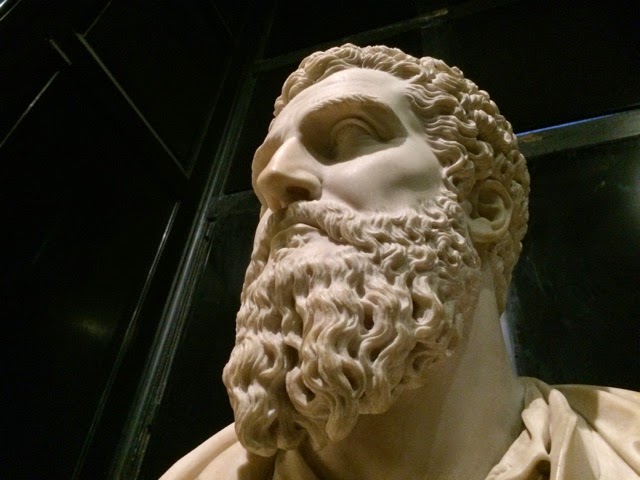 Barthélemy Blaise, Giulio Romano dit Jules Romain
I loved the detail in the hair and beard of this sculpture by Barthélemy Blaise which was commissioned for the museum in 1802. I was even more impressed when I took a closer look at his eyes. If I’m not mistaken, they appear depict a shade of the palest blue. 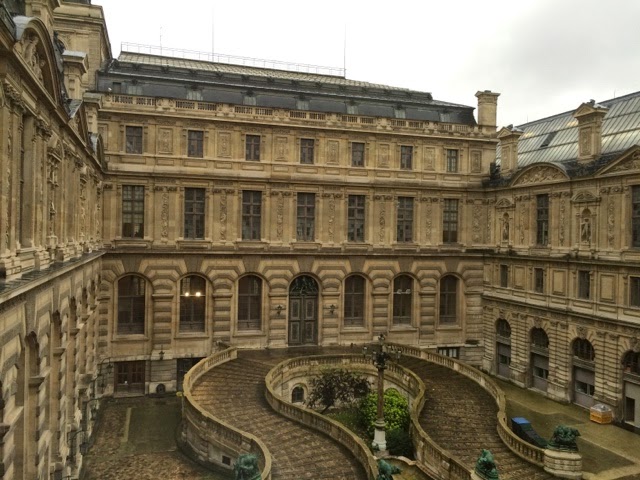 We took a peek outside and were quickly reassured of our decision to stay inside. 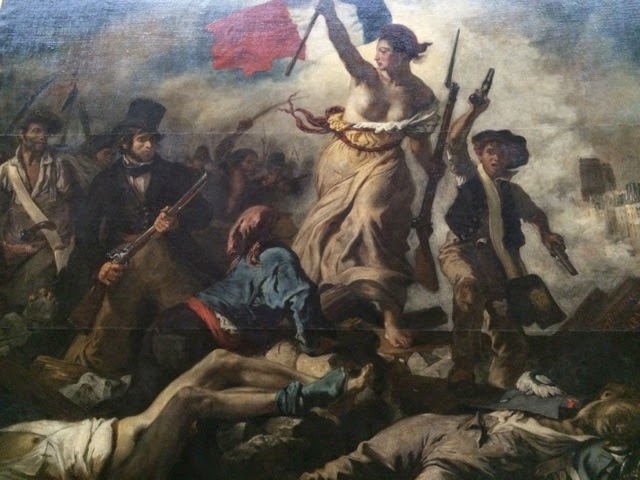 I really loved this depiction of Liberty guiding the people, painted by Eugène Delacroix in 1830. I think that if I were ever to return to the Louvre, and I hope that I do, I’d head straight for the sections containing the works of French artists. Their works were excellent but also a great representation of French history and sentiments. 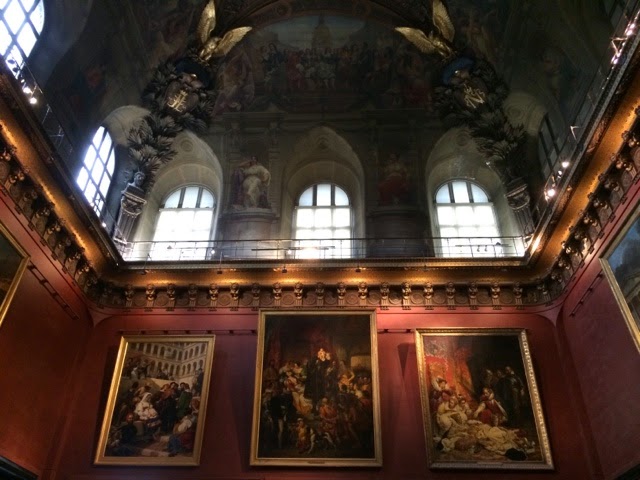 Salle Denon, Musée du Louve
In the case of the Salle Denon, the most impressive sight was the hall itself. The Louvre really is a beautiful museum. 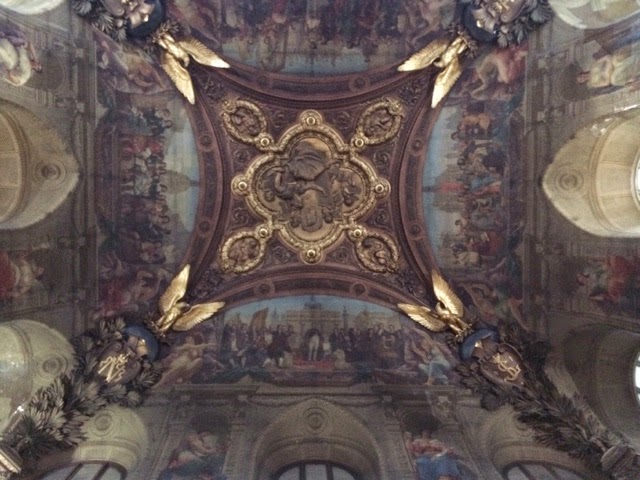 The ceiling of the Salle Denon – a very grainy photo taken in low light. 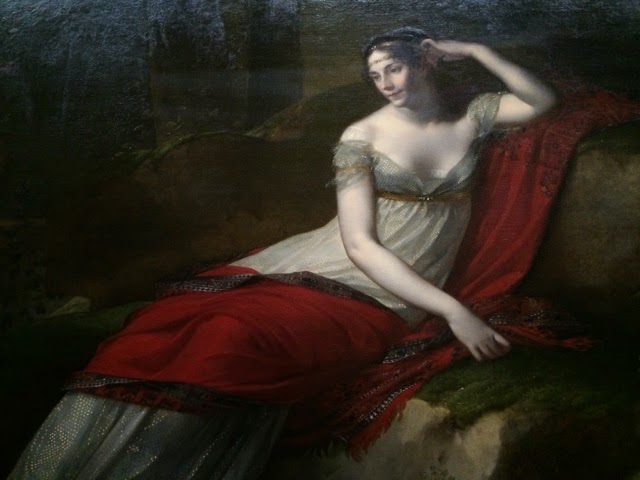 Pierre-Paul Prud'hon, L'Impératrice Joséphine
I really liked this painting but it was only after our visit that I learned of Josephine’s tragic story.  Josephine married Emperor Napoleon Bonaparte in 1796 but was unable to bear him children. Her marriage to Napoleon was repudiated in 1809. This painting was completed in 1805 and is said to depict a melancholy Josephine; I thought she looked more like a goddess. 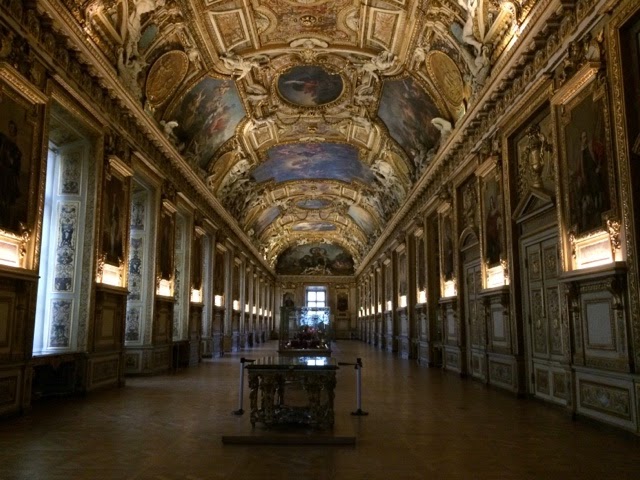 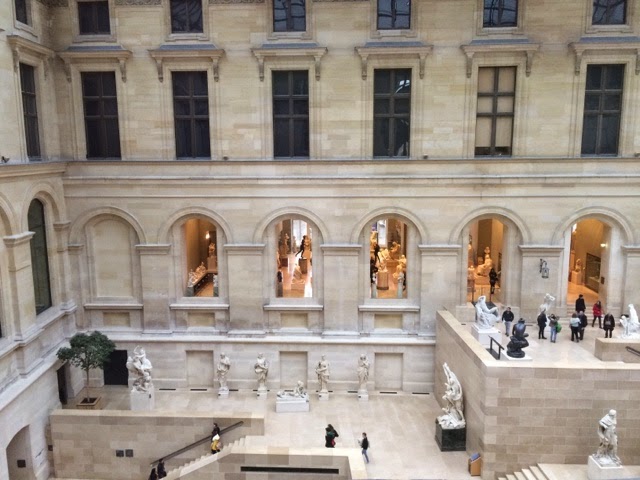 With a final glimpse at the inner courtyard of the museum, we decided it was time to brave the cold and rain in search of some cake, coffee and the Eiffel Tower. 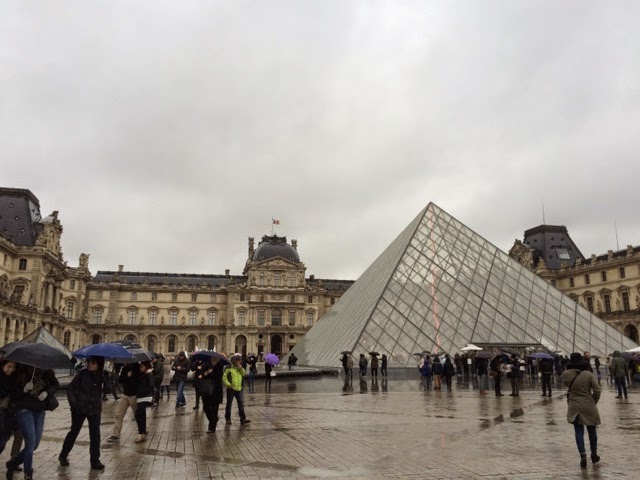 I wish all of my lovely readers a fantastic New Year and all the best for 2015! Our epic trip to South Africa is drawing to a close soon and I will see you next week in London.