An Afternoon of Art and Decadence at Eltham Palace 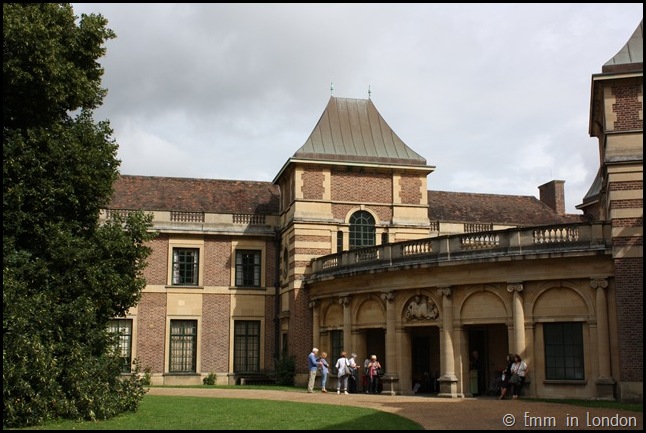 Since arriving in England in 2007, I have never lived more than 9 miles away from Eltham Palace and in fact, I lived within walking distance of it for a year. You might be surprised then, given my love of all things Art Deco, to learn that I had never visited this fabulous location before this year.

Eltham Palace dates back to medieval times when the Bishop of Durham gave the palace to Edward II in 1305. Edward II was son of Edward I who built the castles at Beaumaris and Caernarfon that we visited in Wales.

In the 1930s, millionaires Stephen and Virginia Courtauld acquired the lease on the site. They restored the Great Hall of Eltham Palace and built an adjoining Art Deco mansion.

There is so much to see at Eltham Palace that I’m already planning to go back there in the near future. These were my favourite parts. 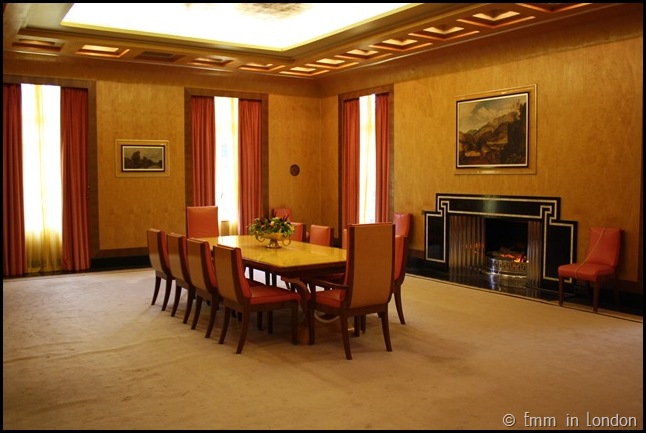 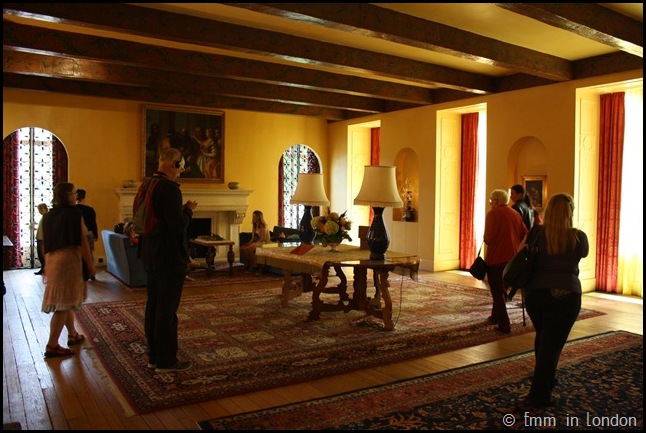 The Italian Drawing Room where Stephen’s collection of Italian Renaissance paintings and ceramics was kept. 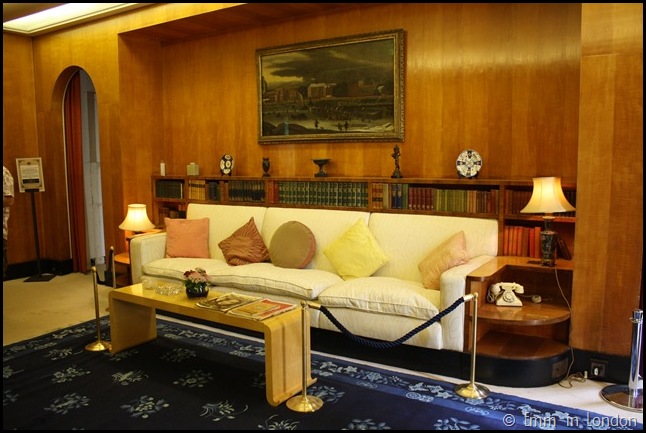 The Boudoir designed for Ginie (as Virginia Courtauld was affectionately called) featured an early example of built-in furniture. This was my favourite room in the house. 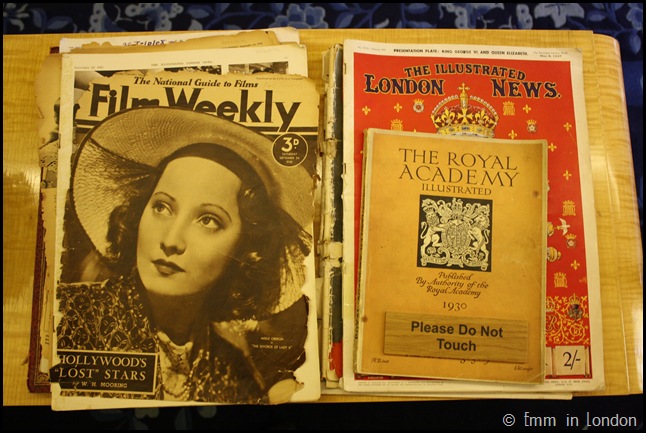 On the table above you can see these classic publications dating back to the 1930s and 1950s. (No publications were touched in the taking of this photo!) 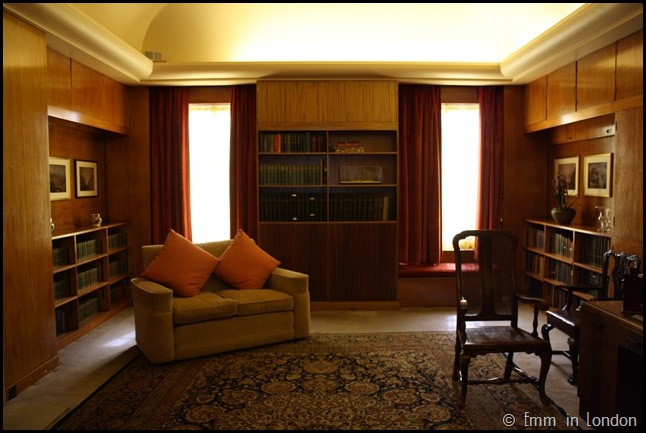 The Library which was Stephen’s private working space. In my home, it is me who needs a private study!

The bedrooms were located on the first floor with a corridor leading to the balcony of the Great Hall. 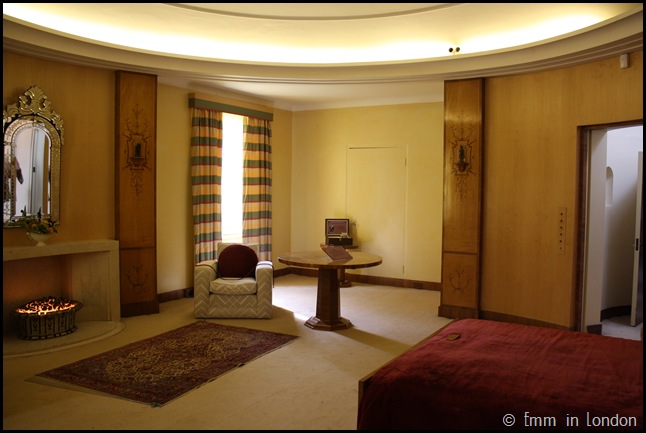 Virginia’s bedroom was said to be inspired by a round, classical temple with her bed in the middle. 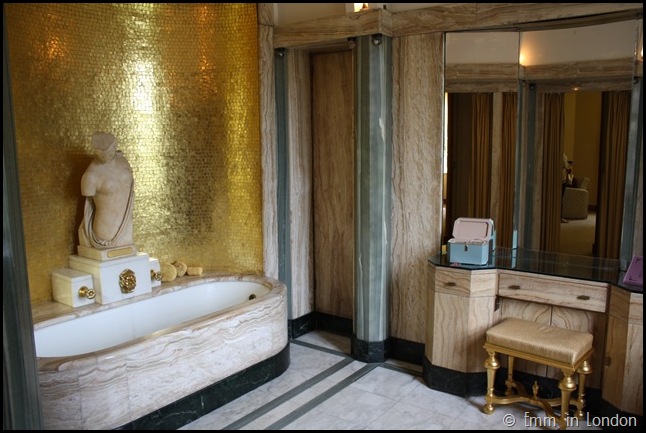 Virginia’s bathroom was absolutely stunning. I loved the golden tiles, marble bath and statue of Psyche. 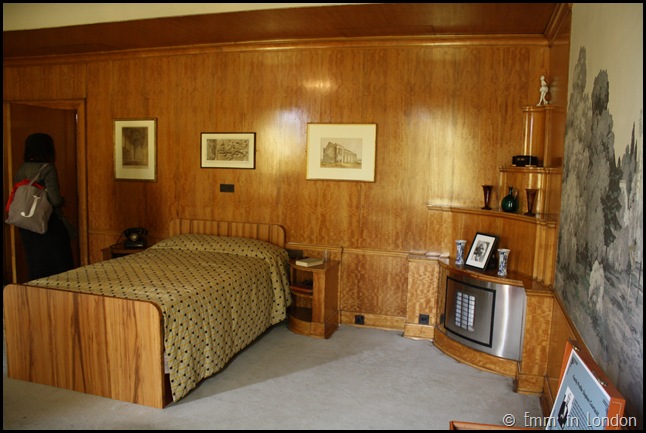 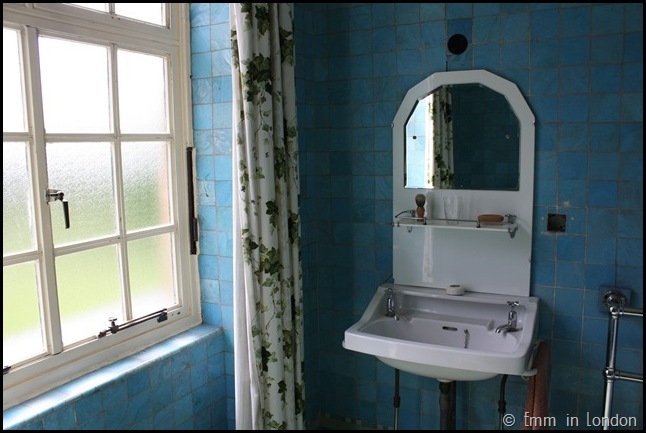 Stephen’s bathroom was another of my favourite rooms in the house. I loved the blue tiles and fixtures and fittings. I often find bathrooms to be the most interesting rooms in the house – other rooms receive frequent redecoration but bathrooms often give us a real glimpse into the style of a bygone era. 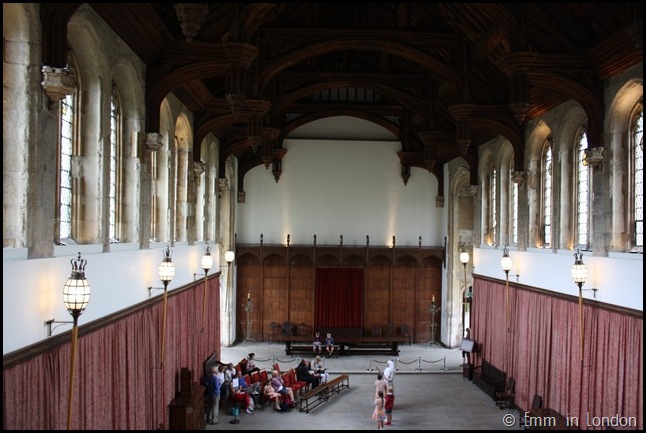 The Great Hall was built by Edward IV in the late 15th century and is said to feature the third-largest hammerbeam roof in England. 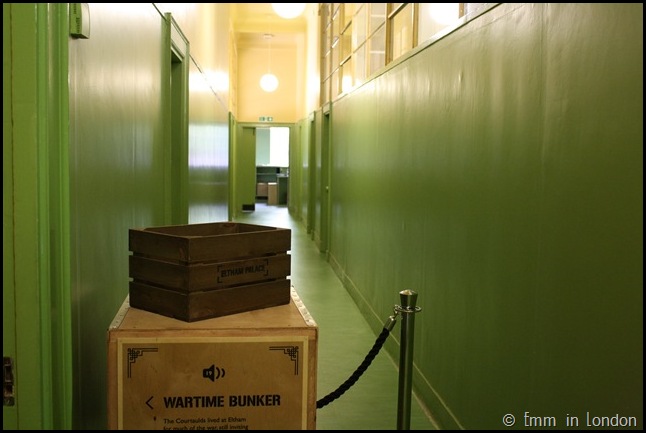 The area of the house that most captured my imagination was the wartime bunker. Eltham suffered badly during the Blitz and more than 450 bombs fell on the area between 7 September 1940 and 21 May 1941. 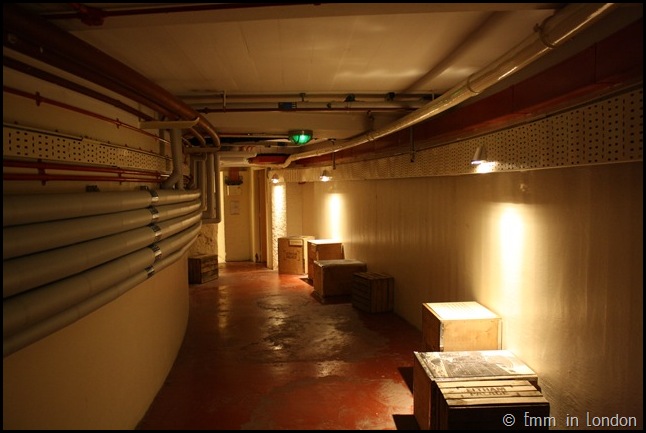 Naturally, the family took to the basement to seek safety and good that they did. Four bombs landed on the Great Hall, damaging the east end of the roof and bombs damaged the glasshouses too. 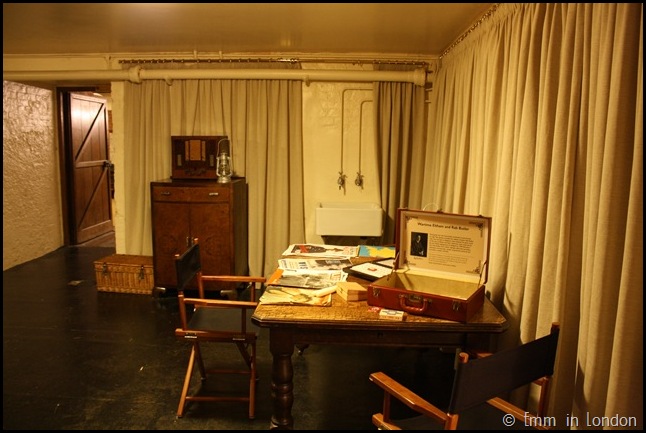 As one might imagine, this was a somewhat luxurious bomb shelter compared to what most Londoners had access too. 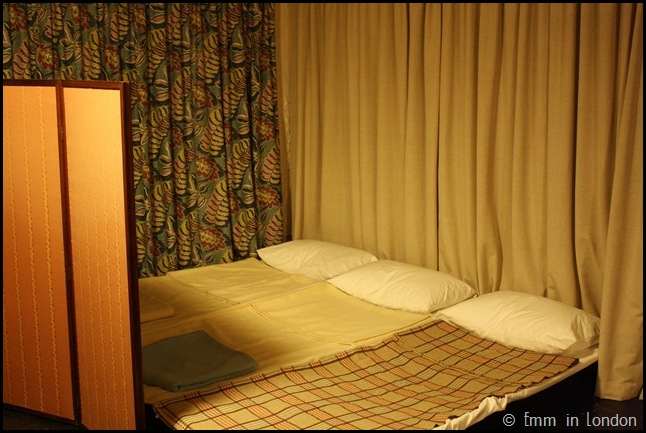 There was even a billiards room and bar for entertainment. 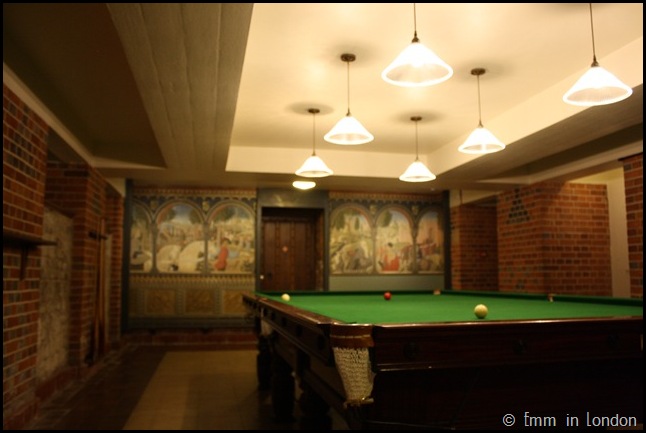 The gardens of Eltham Palace were so exquisite that they warrant their own post. Expect moats and bridges, stone walls and a rock garden!

Open: Sunday to Thursday 10am to 5pm

At £13, I consider Eltham Palace to be quite expensive to visit and so I finally decided to join English Heritage to try get a little bit more value for money. We took advantage of a 20% off special offer and spent £59 for an adult and senior membership for my mum and I. Over the next year, I’ll be giving you a running total of how much money I have saved or lost.