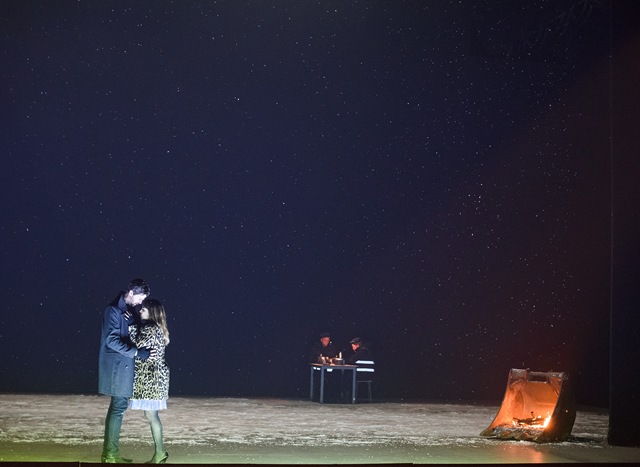 It is one of the greatest love stories of all time. One Christmas Eve in Paris, young bohemian Rodolfo receives a knock on the door of his tiny, freezing apartment. It is his neighbour Mimi, weak with cold and hunger. Within moments of meeting, Mimi and Rodolfo realise that they are falling in love but can their love survive the treacherous Parisian winter? 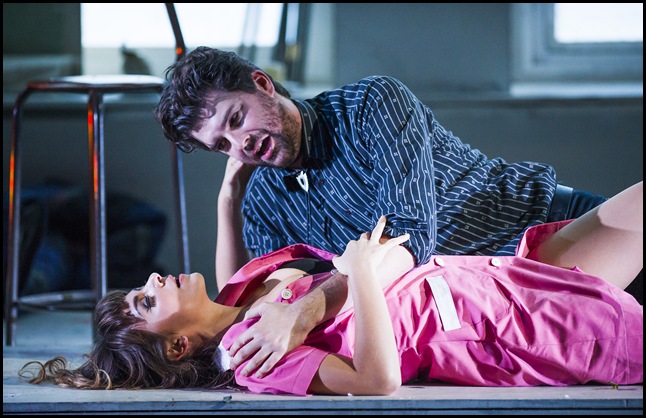 La bohème is, in a word, unforgettable. From the moment the performance began, I was mesmerised by the beauty and energy on the stage below. It is one thing to hear recordings of opera or see it on screen but to hear that medley of soprano, tenor, baritone and base voices live is incredible.

I was quite unprepared for the depth of emotion that I would feel during the performance. I knew that opera could be an emotional experience and this was one of the reasons that I had wanted to visit for so long. In my mind, I recalled countless films where characters sat in the gallery, transfixed by the performance below, a tear rolling down one cheek.

I just didn’t realise it would happen to me. 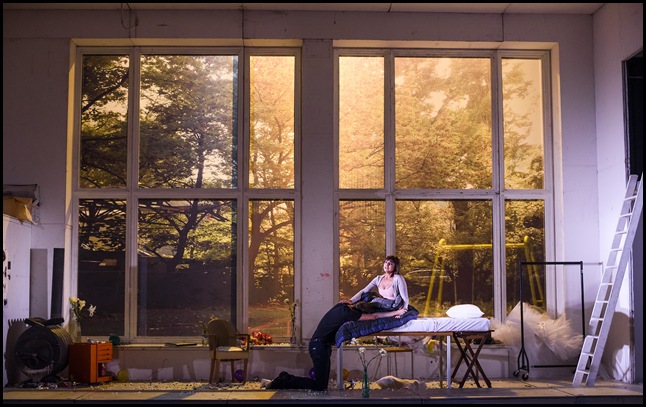 There I was, beaming with joy as the first act opened, smiling like a child at Christmas. Towards the end of the first act, when Rodolfo and Mimi first mention the word ‘love’, I felt a surge of emotion, a lump in my throat and goose bumps all over my body. I looked around and was pleased to see that I was not the only one touched by the performance. I won’t give the story away but I’m sure you can guess that La bohème is a tragedy and I cried quite unashamedly at the end. 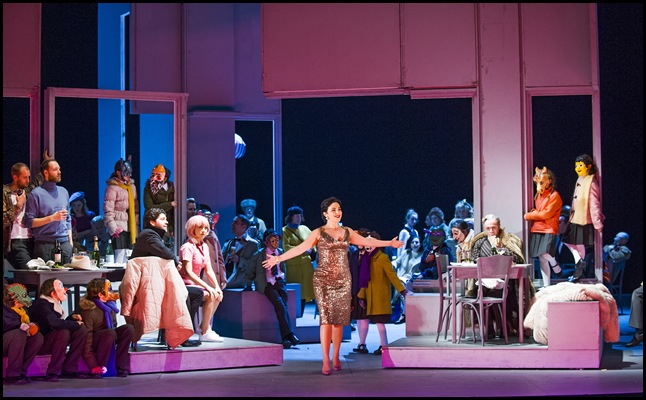 The cast of La bohème was brilliant. Naturally, I loved Corinne Winters and Zach Borichevsky as lovers Mimi and Rodolfo but was also impressed by soprano Rhian Lois in her role as Musetta. The Bohemians were especially well cast with baritones Duncan Rock as painter Marcello and Ashley Riches as musician Schaunard and bass Nicholas Masters as scholar Colline.

One of the most impressive aspects of La bohème at the Coliseum was the set design. There were street scenes and scenes in Parisian cafes, snowy Christmas scenes and scenes during early spring and set changes were all achieved with precision.

The costumes were really interesting too. La bohème was written in 1895 and certain aspects of the story, for instance almost freezing to death on Christmas Eve and needing a match for a candle, were very much in line with that time. Other aspects were quite modern, the currency was Euros and the men all had hipster beards. However, the costumes seemed to place the story firmly in the 1960s and there were definite allusions to the resurgence of Bohemian ideals in the 1960s and Andy Warhol’s Factory. I quite liked the timeless quality this gave the performance.

The orchestra was superb and I loved that they brought conductor Xian Zhang on stage after the performance for she certainly deserved the applause. 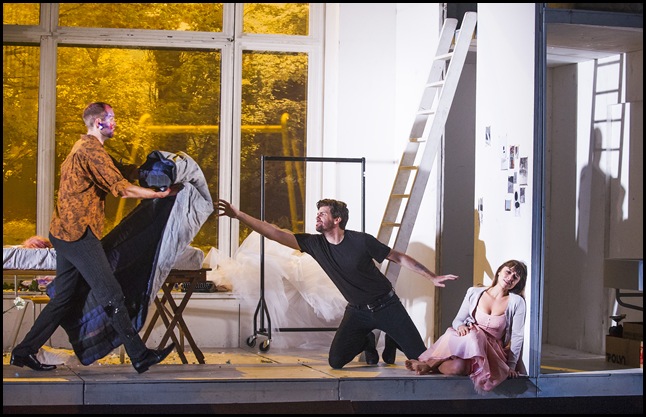 I’ve wanted to go to the opera for the longest time but this was one dream that simply wasn’t coming to fruition. As a complete beginner, I had no idea where to start and I was more than a little concerned that I wouldn’t be able to follow the story. In my mind, I expected opera to be expensive and I didn’t want to spend a sizeable amount of money on a performance that I couldn’t follow.

This is where the ENO comes in. The English National Opera is founded on the belief that opera of the highest quality should be accessible to everyone. Performances are in English and a large proportion of the tickets are made available at affordable prices. There are surtitles above the stage which makes the show super easy to follow too.

Does this detract from the original performance? Not at all. I completely concur with the ENO’s ideal. Watching the show in this format made it accessible to me and I enjoyed my experience so much that I’m already planning to watch Puccini’s Madam Butterfly when it returns to the London Coliseum in May 2016.

Unforgettable and moving, I would absolutely recommend this production of La bohème and if, like me, you’ve wanted to go to the opera for the longest time, I’d recommend that you hesitate no longer and make a booking! You won’t regret it.

I’d like to thank the ENO for inviting me to this performance and opening up the world of opera to me!