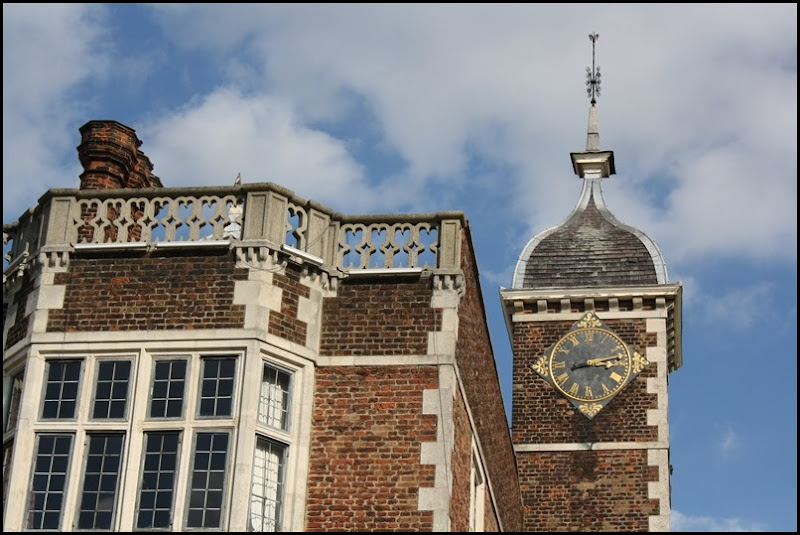 The Open House weekend in London is one weekend every September where buildings across the city are open to the public. It is a celebration of architecture and design and an opportunity to visit places purely based on which school of architecture they represent. When I read in my brochure that Charlton House is one of the finest and only remaining examples of Jacobean architecture in England, I knew straight away that I had to visit.

Built between 1607 and 1612, this splendid red brick building stands in the grounds of Charlton Park. It was initially built to house Sir Adam Newton, tutor to Prince Henry, son of James I but Henry died before the house was completed. The house saw a series of private owners between the 17th century and early 20th century and was sold to the council in 1925 before becoming part of the Greenwich Heritage Trust in 2014. 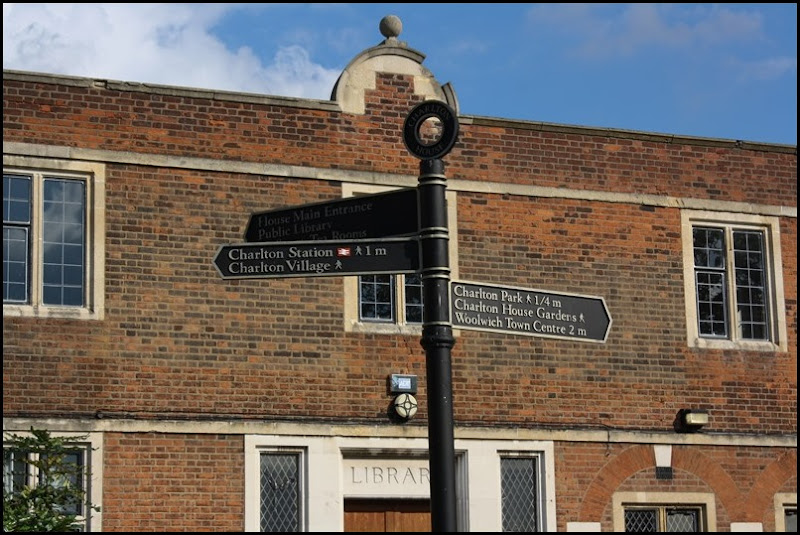 The house is located just a mile away from Charlton Station and two miles from Woolwich Town Centre. 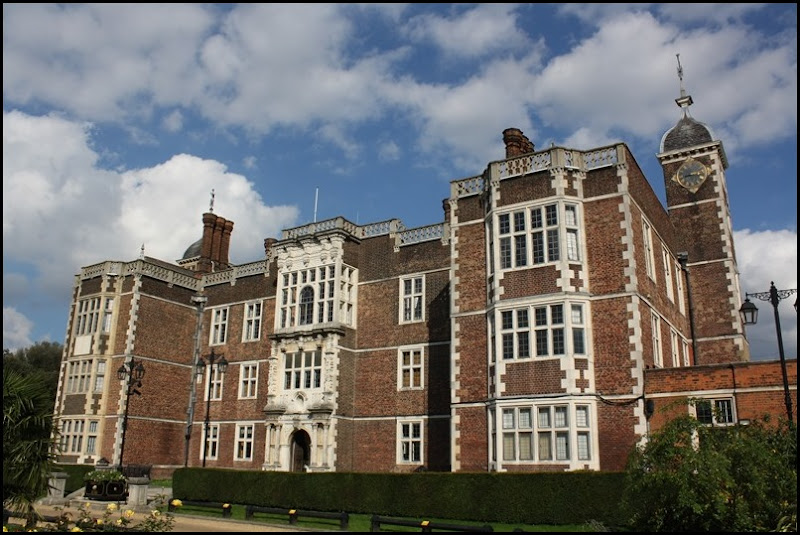 Charlton House in all her glory. I loved the clock tower. 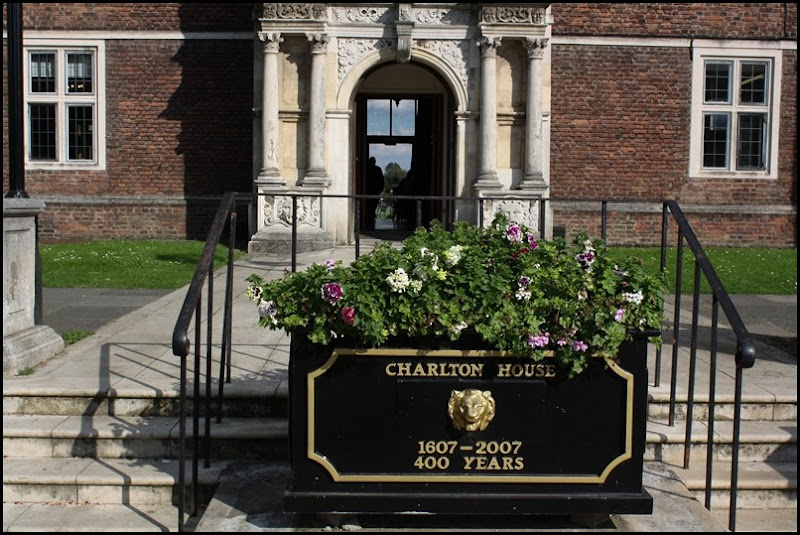 The house and gardens are really well kept and the walled gardens are definitely worth a visit. On this particular day, our focus was on the guided tours of the interior. 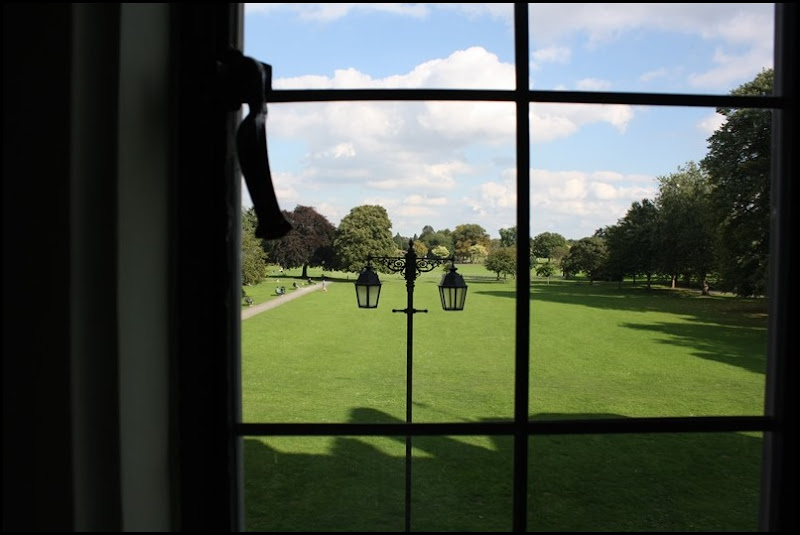 As soon as we entered the house, we wasted no time in climbing the original Jacobean wooden staircase and exploring the upper level. We paused on the landing to admire the perfect lawns to the rear of the house. 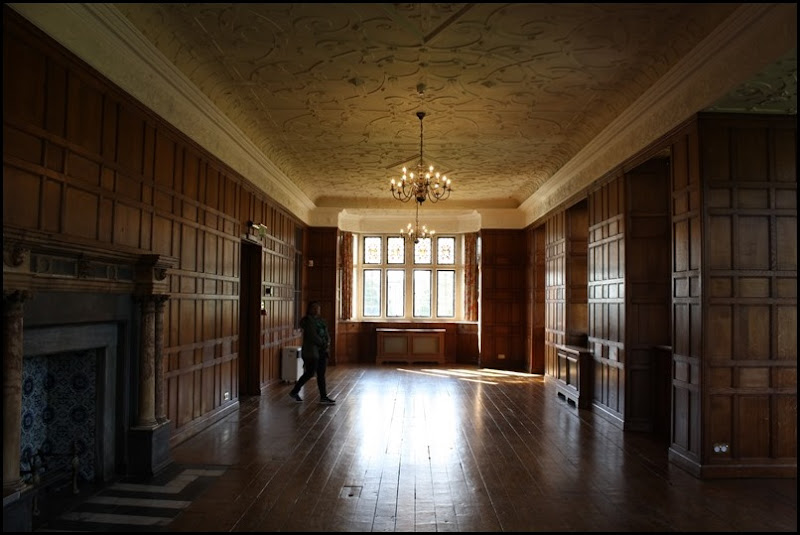 The Long Gallery was my second favourite room in the house. True to its name, it occupies the full 76ft length of the north wing of Charlton House and has windows to the northern, western and eastern aspects. 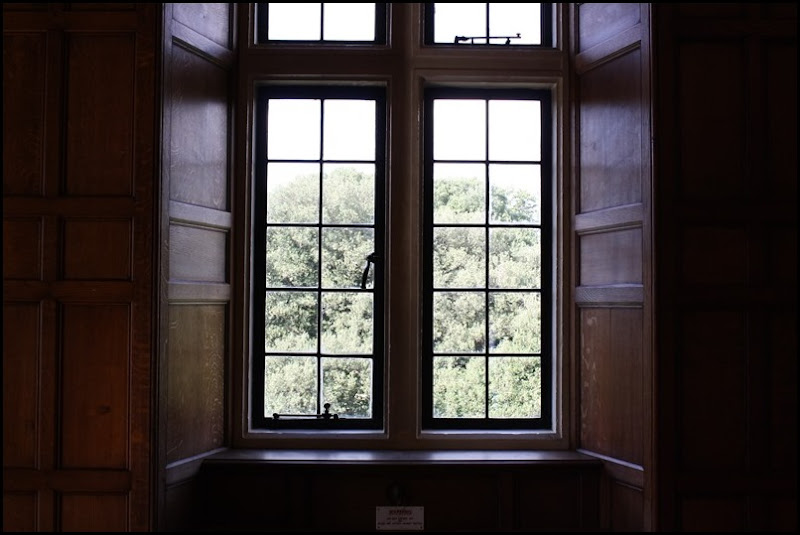 Looking to the north. The north wing of Charlton House was destroyed during World War II so what we see today is the result of restoration work. 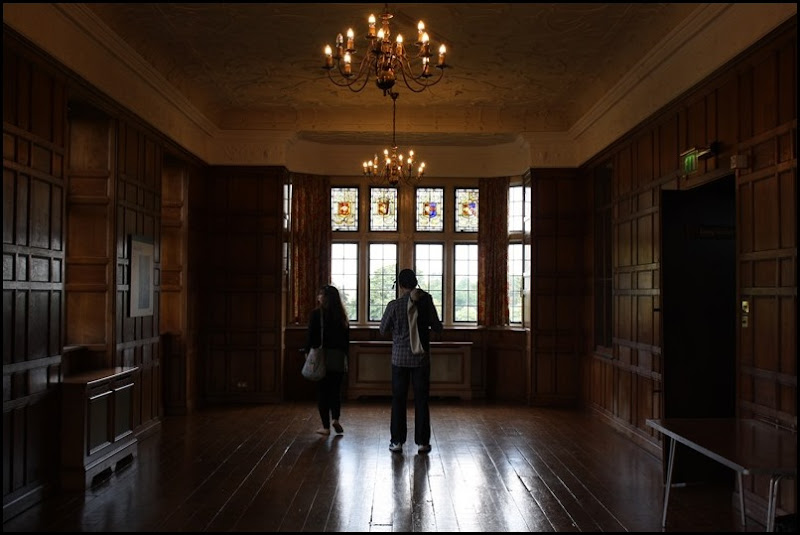 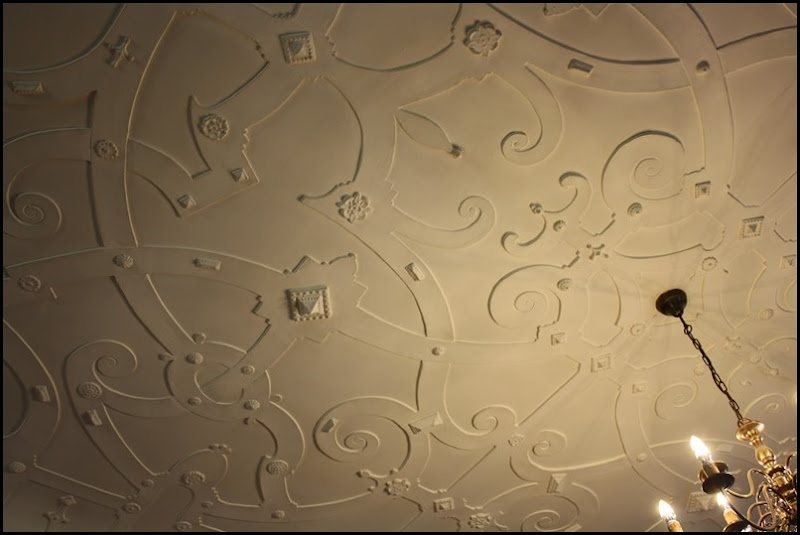 How exquisite is the strapwork ceiling? 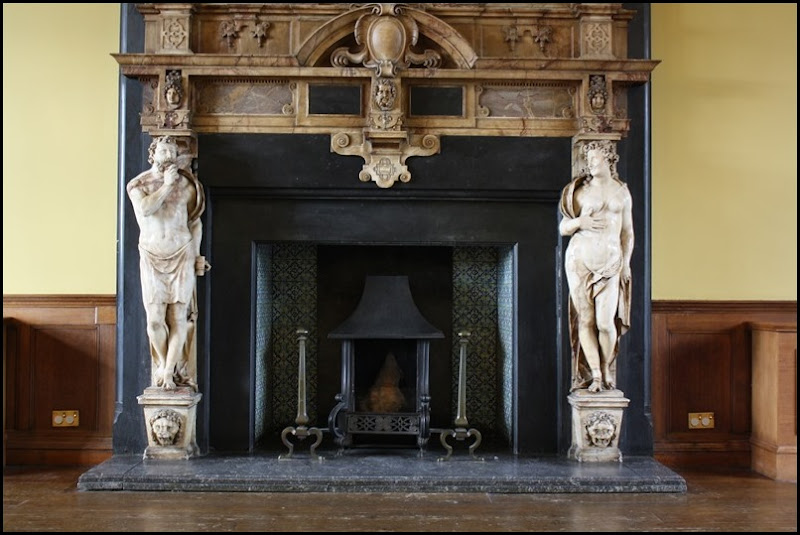 We managed to drag ourselves out of the Long Gallery, although we could have quite easily spent the rest of the afternoon there. We stopped only to admire the fireplace in the saloon before wandering through the upper rooms to the Dutch Room and making our way back onto the landing. 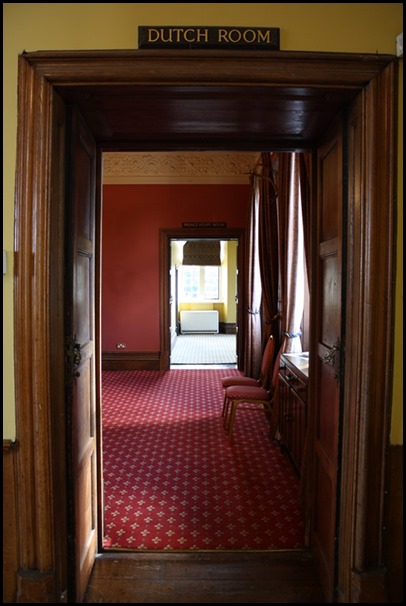 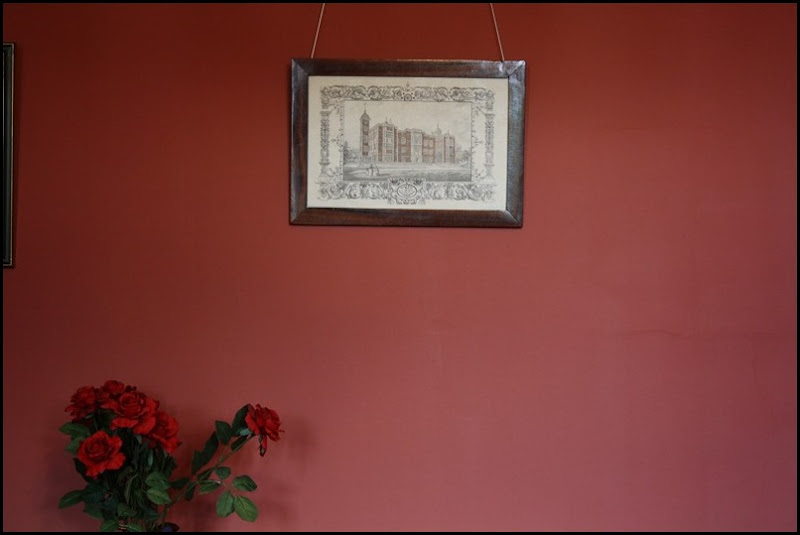 We had come full circle – that is the Long Gallery you can see up ahead. To the left in the photo below is the original oak staircase. 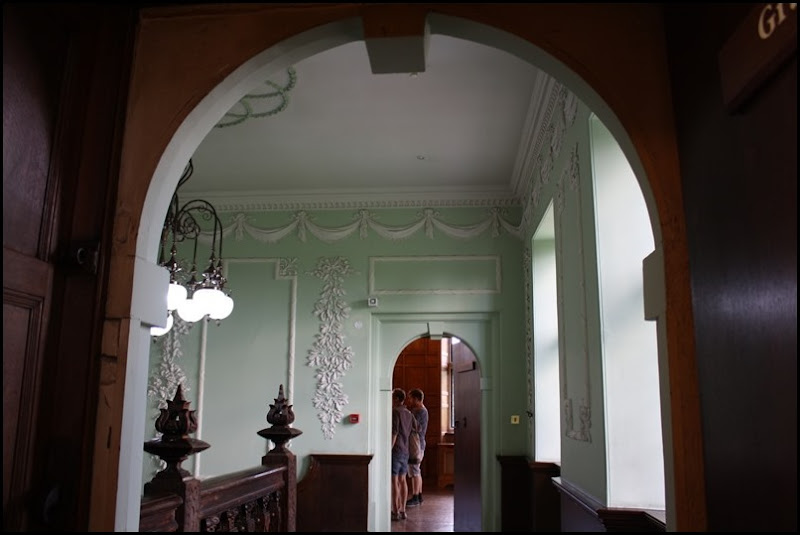 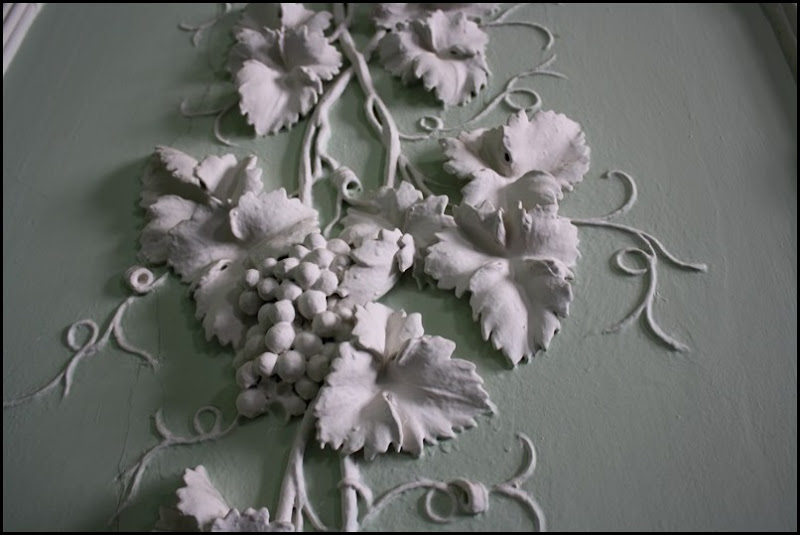 Just look at the detail in that wallpaper! There were in fact lovely details all around the house. As we made our way to the library in the southern wing, we spotted these Dutch tiles. 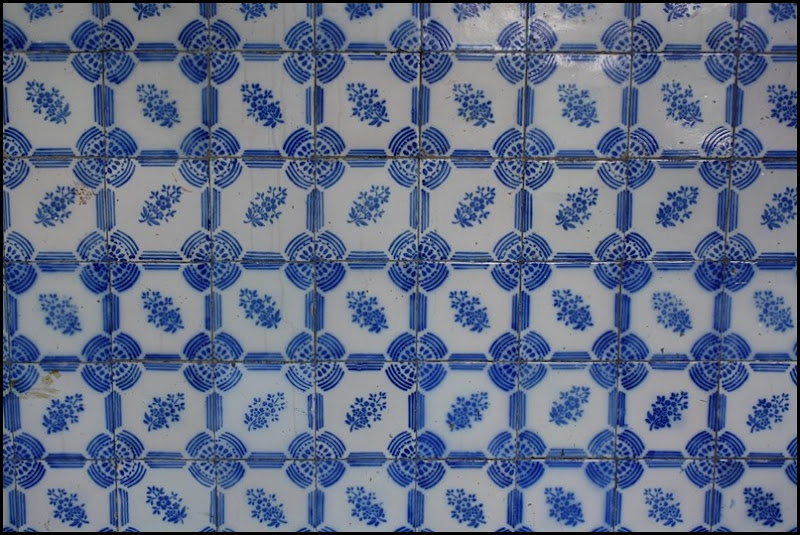 While I loved the rest of Charlton House, especially the Long Gallery, I was simply enamoured by the Old Library. When we walked in, my eyes were immediately drawn to the beautiful ceiling which just happens to be my very favourite shade of teal green. 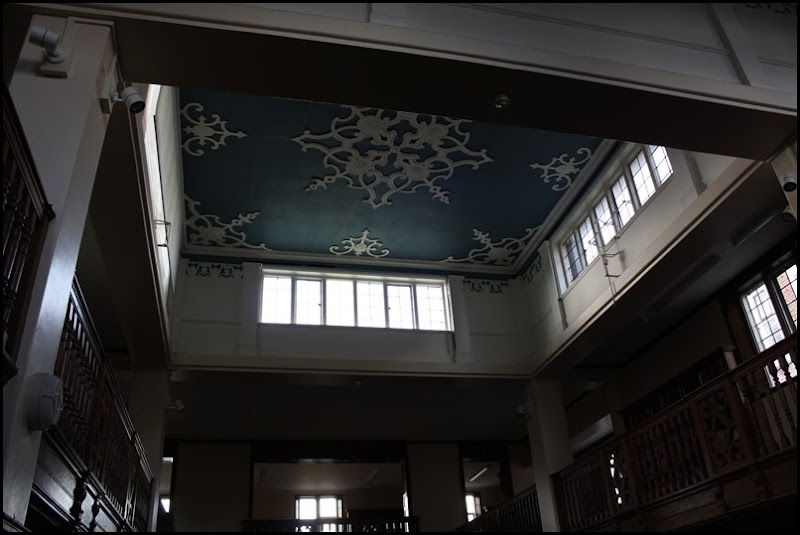 I somehow managed to enact my old trick of taking photos and making a place appear to be empty. It really wasn’t empty at all on the day of our visit and I was simply very lucky. There was something quite magical about the Old Library and the acoustics were quite interesting too. It is no wonder that lunchtime classical concerts are held here on Fridays and it is a popular venue for weddings and events too. 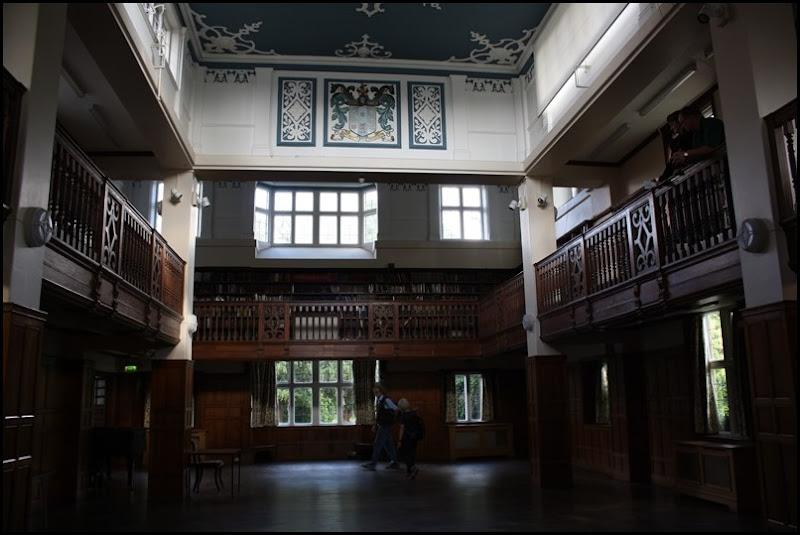 After a while, not even the allure of new favourite place and endless photographic opportunities could disguise the fact that we were very hungry indeed and that the café just happened to be serving tea and cake. The good news is that Charlton House now often afternoon tea from just £11.90 per person and I’m certain I needed an excuse to take my mum out for the day. 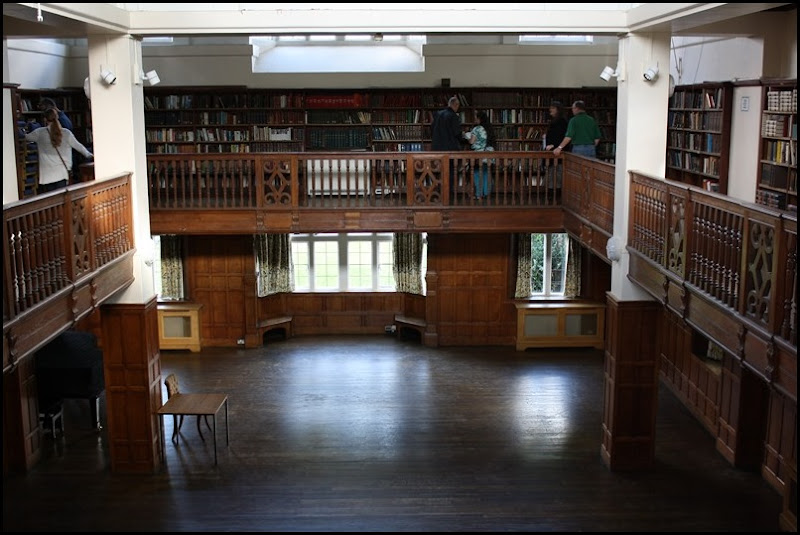 Charlton House is taking part in London’s Open House on Sunday 18 September from 10am to 4pm. Guided tours will be taking place at 10am, 1pm and 2pm and admission is free.

There will also be performances featuring Nell, a munitions worker from the nearby Royal Arsenal during WWI. Performances are at 11.30am, 12.30pm and 2.30pm.