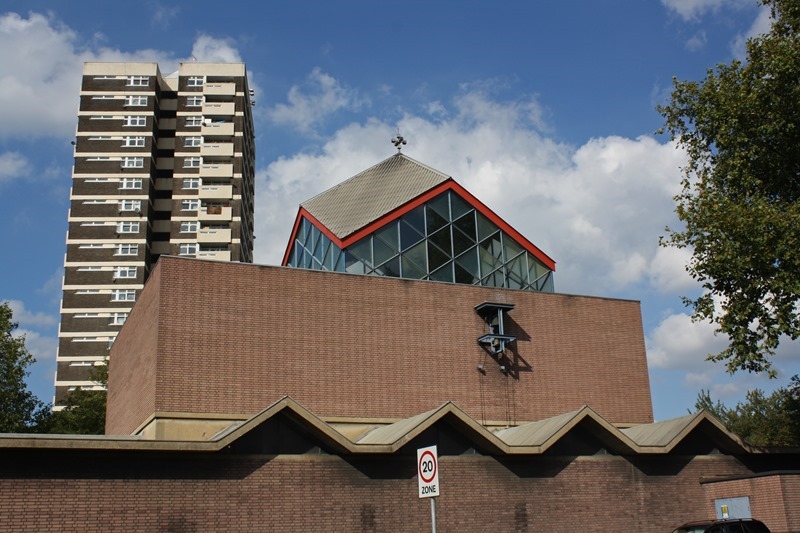 London is a treasure trove of architectural masterpieces, showing off the finest examples of every major school of design from Neoclassical to Art Deco to Modernist. There is one school of design that receives less focus, sometimes unfairly so. Born of necessity and a determination to overcome adversity, the Brutalist movement in architecture emerged in the post-war period and lasted right up until the end of the post-war restoration projects in the 1970s. As is suggested in the name, Brutalist structures are often concrete monoliths, ugly in name and ugly in nature.

Yet sometimes they are quite beautiful

I've written before about finding Beauty in Brutalism at the Barbican Estate and I’ve hinted that no matter how hard I tried, I still couldn’t bring myself to appreciate the monstrous complex in Southbank. This post is dedicated to St Paul’s Bow Common which is not only one of the most significant churches built in the post-war period, from an architectural point of view but it is also quite lovely.

Robert McGuire & Keith Murray was a small architectural practice famous for combining Brutalism with the Scandinavian tradition.  St Paul’s Bow Common was the first church designed by Robert McGuire, then still a student at the Architectural Association in London. It was built between 1958-1960 and in 2013 was judged to be the best Modern Church built in the UK since 1953 by the National Churches Trust.

On the day that we visited, I took my friend Bianka along because she is an architectural draftswoman and I knew that she would appreciate it. She wasn’t the only one. I loved how cool it was inside, how the light shone through the skylight and draped itself across the inner walls. This is a place of peace and tranquillity and would have provided a refuge for many weary East Londoners in the turbulent times following the war. 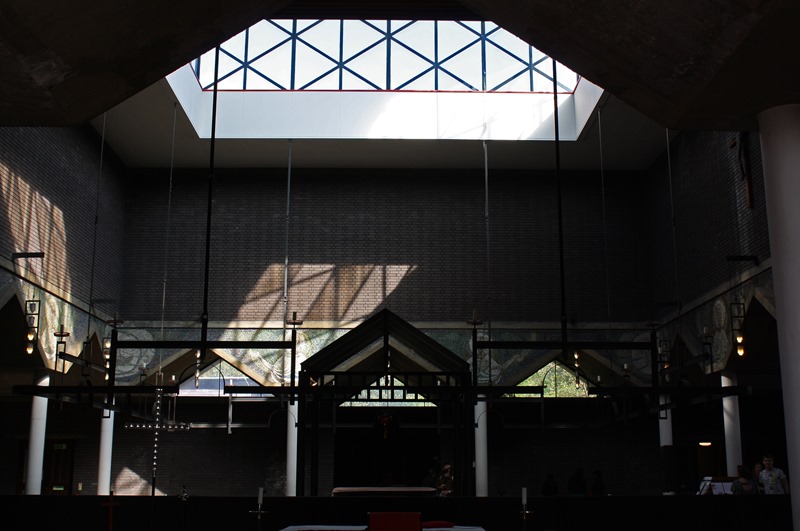 From the doorway, looking inside 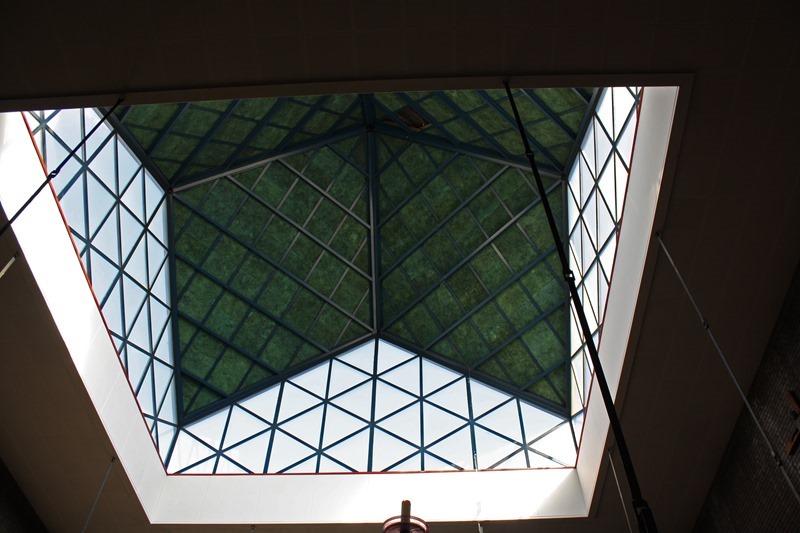 Looking up at the star-shaped detail on the skylight 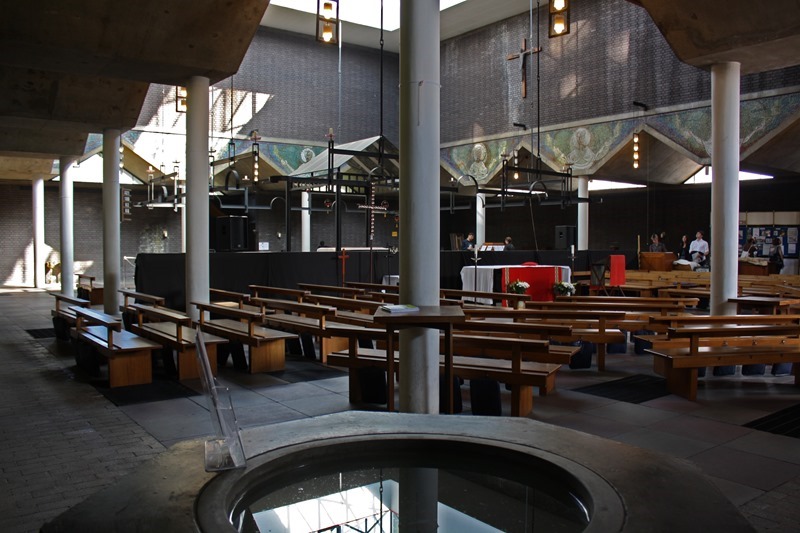 Reflections in the holy water font 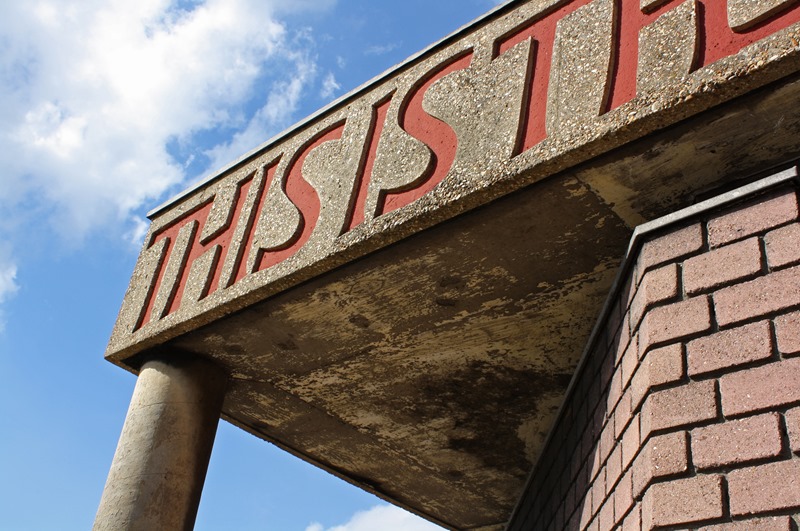 Stepping outside to admire the detail in the lintels. There was a gap between the top of the wall and the bottom of the concrete lintel, which allowed natural light into the entrance way. 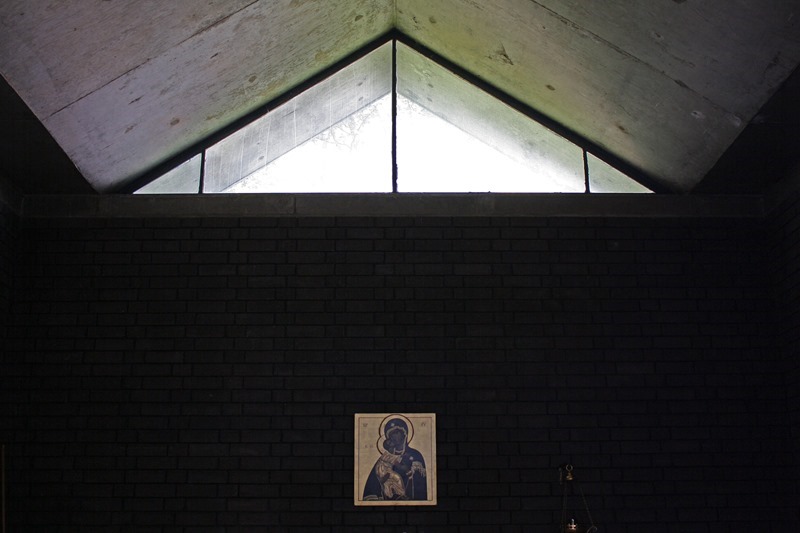 In fact, natural light flowed into the church from all angles. 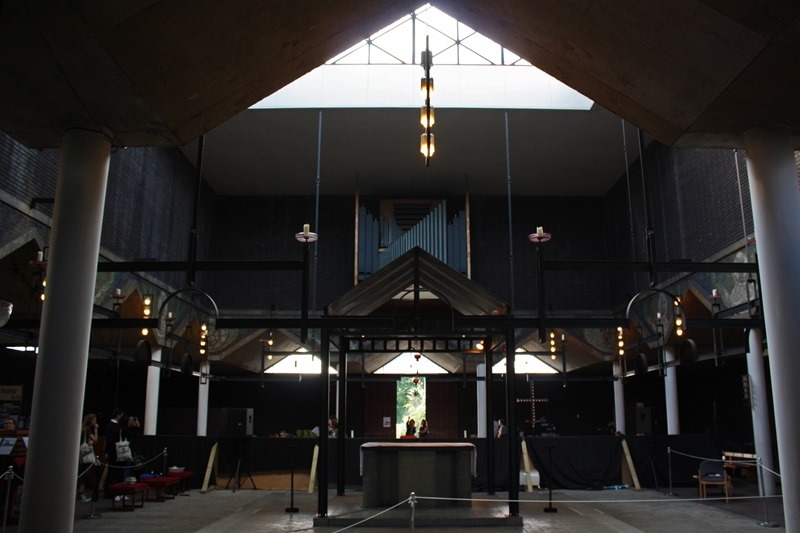 The view of the church from the inside looking out to the entrance. 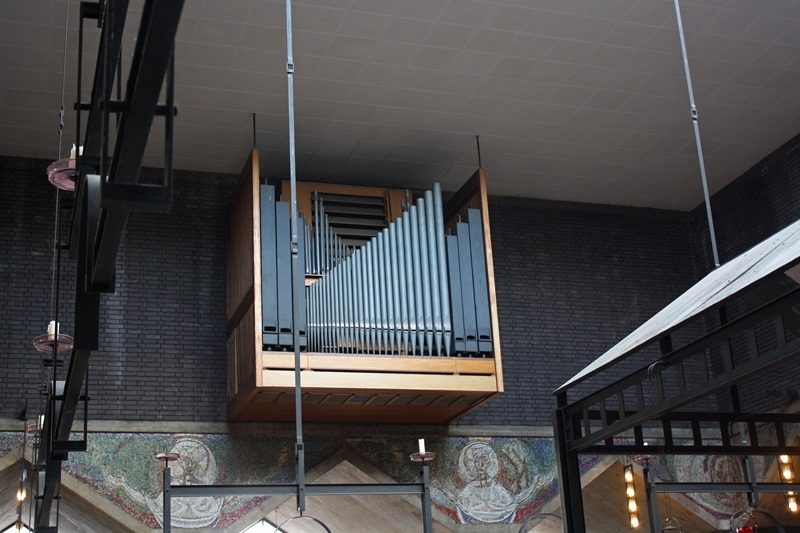 A glimpse of the famous pipe organ. 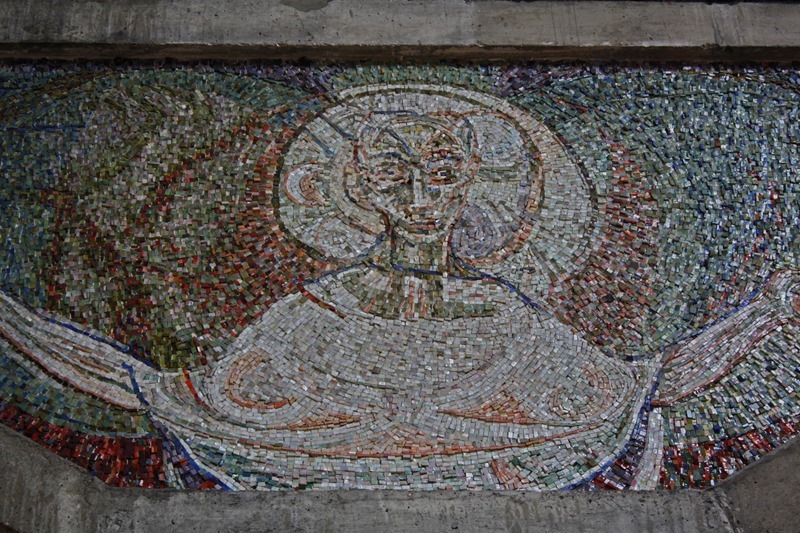 Charles Luytens’s famous mosaics. You can visit the St Paul's Bow Common website to read about how he considered his works incomplete and returned 43 years later to complete them. 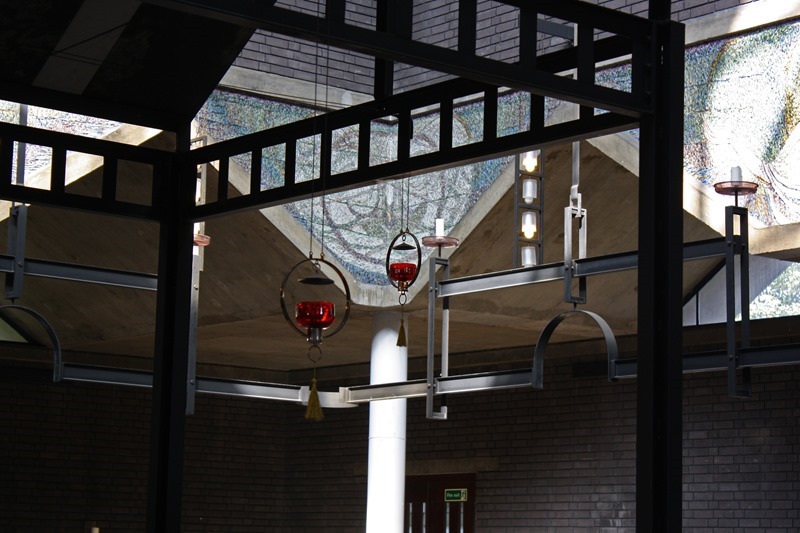 Candles hanging from the alter. 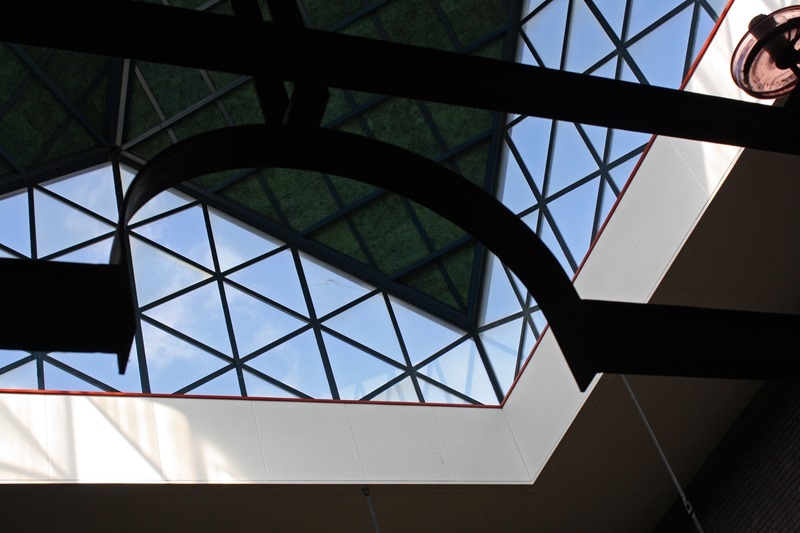 Gazing up at the skylight. 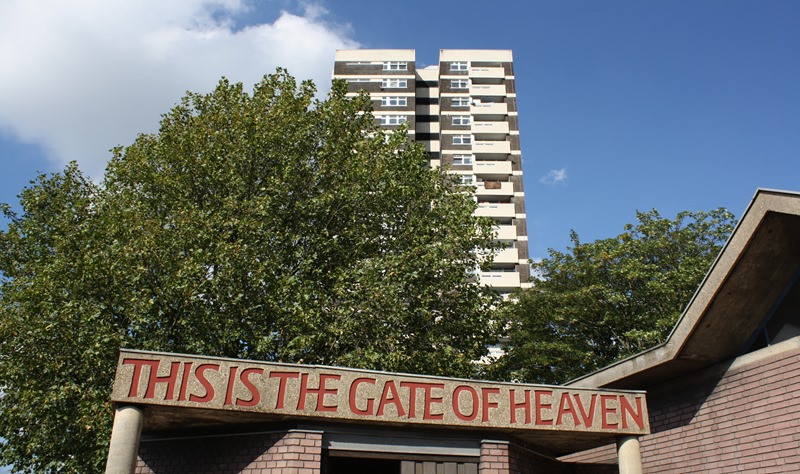 Before we left, we stopped to admire Ralph Beyer’s impressive lettering. Beyer is famous for turning lettering into an art form. The message runs right round the lintel on three sides and says:

“Truly this is none other, But the House of God, This is the Gate of Heaven”

What do you think? Do you see the beauty in Brutalism or is this a sight for sore eyes?